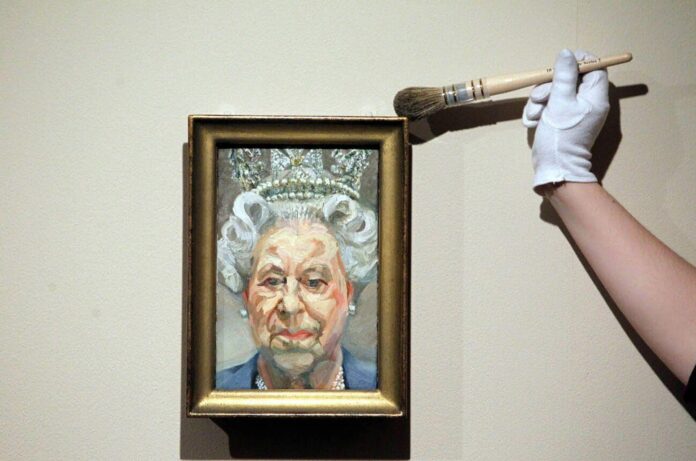 King Charles has already made his first exhibition loan: a portrait of his mother. It was installed towards the end of the mourning period in the National Gallery’s exhibition Lucian Freud: New Perspectives (until 22 January 2023), which opened in London on 1 October. Her Majesty the Queen (2000-01) was the artist’s gift to Elizabeth II two decades ago. Freud’s small portrait, just nine inches high, depicts the pensive late monarch, weighed down by her diamond crown. With the exhibition label reading “Lent by His Majesty The King”, this must be the earliest loan under the new reign. We can report that Freud’s painting did not enter the Royal Collection, but instead was the personal property of the Queen. It is unclear whether her will (which as monarch is to be sealed for 90 years) specifies that ownership of the Freud should pass to the collection or go to her son. The Royal Collection’s website meanwhile admits that the portrait has “provoked mixed reactions”.