Home News The Founders of Amanita Have a Big New Gallery in the Old... 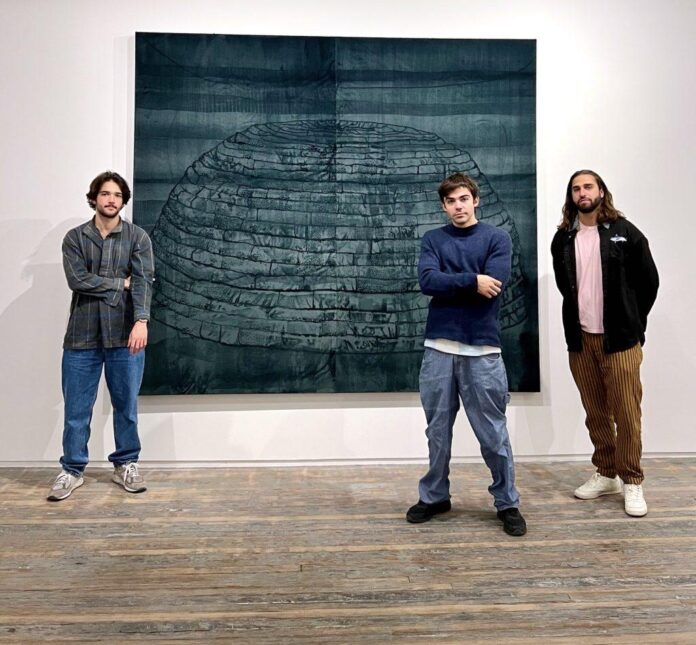 Crowds flooded the old home of famed rock club CBGBs this week. This time, however, revelers were there for the opening of Florence-based Amanita Gallery’s new long-term NYC home, and the main attractions were pressed-velvet works by Italian artist Leonardo Meoni.

Caio Twombly—grandson of famed painter Cy Twombly—originally joined forces with Tommaso Rositani Suckert, the great-nephew of Italian writer, artist, and diplomat Curzio Malaparte, in 2017. The two went on to found Amanita in Florence in 2021, aiming to highlight contemporary Italian voices in a landscape city understandably more focused on Renaissance greats. Since that time, Jacob Hyman left a five-year stint in sales at Gagosian to join the new venture as Head of Sales and Exhibitions, while Garrett Goldsmith became their Head of Operations. All four parties are partners.

In October 2021, Amanita made its NYC debut with a pop-up group show called “The Loneliest Sport,” centered around boxing. Featuring over twenty artists ranging from Jenna Gribbon to Monsieur Zohore, the splashy debut show’s focal point was an actual ring installed in the makeshift gallery’s sunken center where they held actual boxing matches. 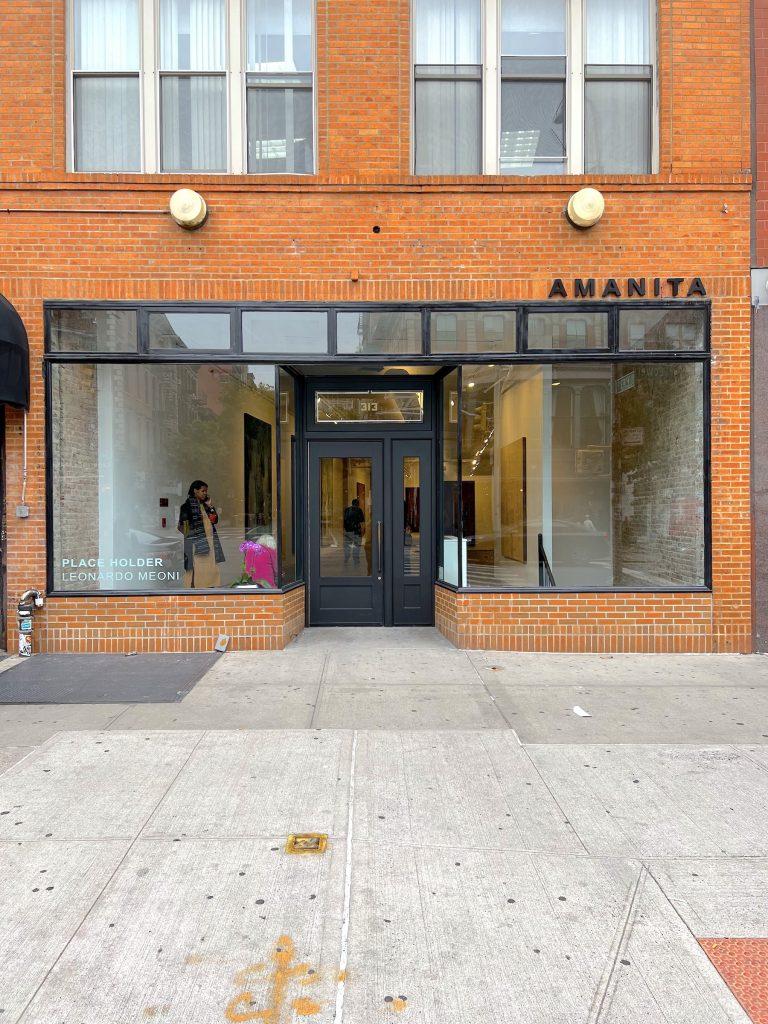 Twombly called that show “a catalyst” in conversation with Artnet News. Though Amanita explored numerous spaces across neighborhoods over two months, the owner of CBGB’s old 313 Bowery venue actually approached them during the run of “The Loneliest Sport” to let the team know that former tenant Patagonia planned to relinquish its lease.

“We were able to get involved with the negotiations for this space before the opportunity hit the market,” Hyman added.

The building’s history enticed them, but its square footage proved even more promising. In addition to covering a full block, with one door on the Bowery and the other on Second Avenue, they also claim the space’s entire basement, which houses one corner of the CBGBs bathroom.

Roster artist Eva Beresin will have her first NYC solo show at 313 Bowery, but Amanita’s programming has already evolved beyond emerging artists to include art historical heavyweights. Hyman plans to present a dual show of Vito Acconci and Laurie Anderson in May 2023, inspired by his masters thesis at Columbia.

Both artists, he said, “have never been shown together and are typically not looked at together—but for reasons we’ll see, we think that they should be.”

“We would like to put forward something that’s versatile and broad, and doesn’t have a definite category,” Twombly said. “It’s a way to keep us all more interested and active.” 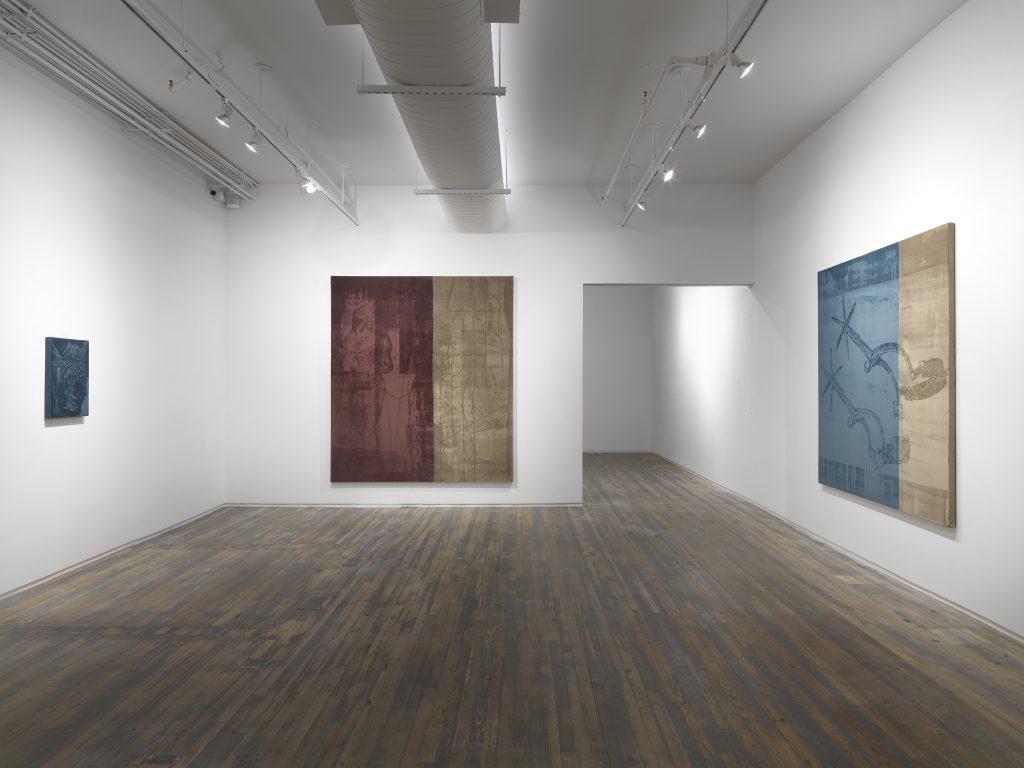 The team is young, so their attention towards young artists make sense. However, Hyman said they want to stay unpredictable, calling their attitude “Anti-Schtick.” In this era where galleries and artists hone their offerings to increase sales, Amanita refuses confines—even if that makes sales more difficult.

“That’s the challenge that we’re looking for,” Hyman said, “not showing what’s easy and what we know can sell, because that’s not what makes any of this exciting.”

Amanita’s lease says they’ll live at 313 Bowery for at least five years. They’re setting down real roots. Though the demise of CBGBs did herald gentrification, the Bowery is still a diverse microcosm teeming with local street artists and high end galleries alike. The Bowery Residents’ Committee, a community health program, occupies the space above Amanita. Some of their clients even helped out with Amanita’s clean up and construction. (“I have a beautiful picture of Jacob explaining the [Abstract Expressionist] movement to some guys that came through,” Goldsmith said.)

Purposeful programming could include collector conversations, readings by the Bowery Poetry Club, and, of course, live music.

“We’re all ambitious in very different ways,” Twombly said of the team, noting that each brought his own strength to the table. He was the introspective one; Rositanti Suckert, the visionary; Hyman, the infectious showman; and Goldsmith, their bedrock. Who would’ve thought a veritable boy band would give new life to CBGBs?