Home News ‘Like Getting a 20 Percent Discount’: For U.S. Collectors at European Art... 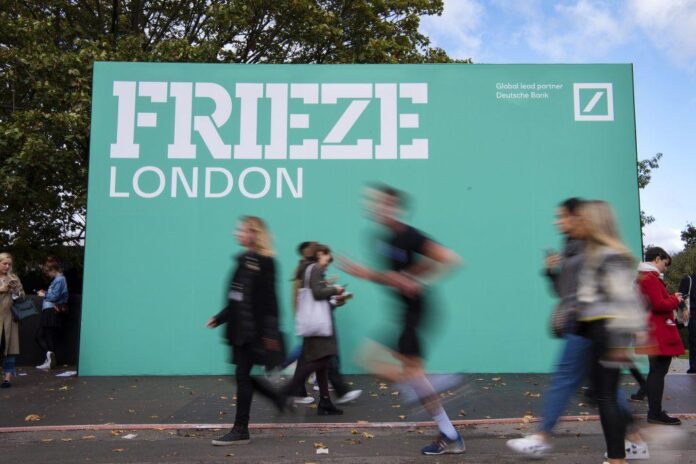 The dollar is stronger than it has been in 20 years. According to the U.S. Dollar Index, its value was up almost 17 percent compared to six major currencies this month. The historic shift is making the next two weeks of art fairs in Europe all the more appealing for American collectors. For those outside the U.S., however, the economic headwinds are starting to burn—and requiring them to make adjustments.

“I am definitely feeling better about the cost of our hotel rooms, art handlers, install, transportation, and meals than I was back on August,” said New York art dealer Cristin Tierney.

As economist Olav Velthius put it, for American buyers making purchases in the euro or pound, “it is like getting a 20 percent discount on every piece of art you buy.” 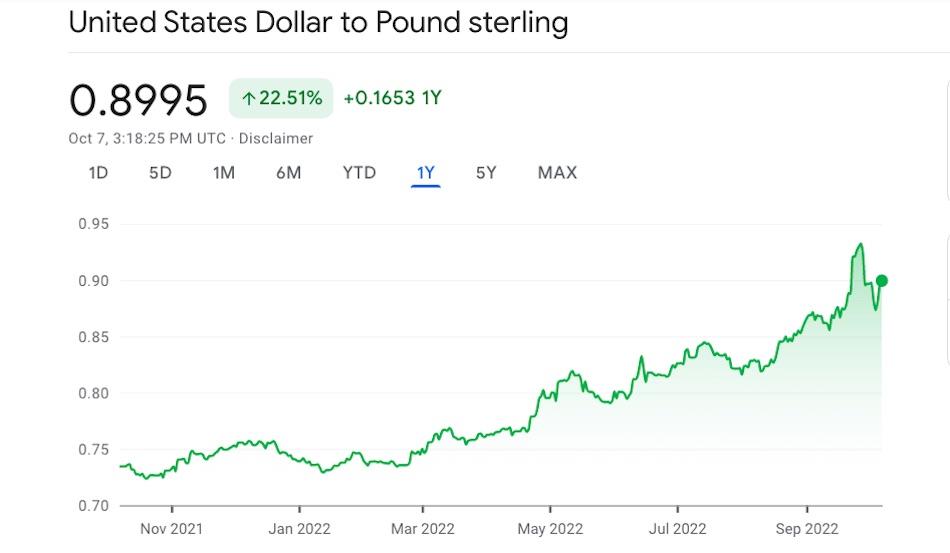 New York-based Art advisor Lisa Schiff admits that she has done a 180 on fairs within the past year, now heading for London and Paris after not even wanting to venture to a New York fair last fall. Even though she says that the strong dollar is more of a happy accident than an initial motivator, it has also made American collectors more keen to buy. “Let’s be honest—I actually want to go,” Schiff said. “And it did factor in in a sense because I wouldn’t go if I didn’t sense that I would do business.”

“This summer, a client and I discussed our luck at saving tens of thousands of dollars by wiring funds merely four days after receiving an invoice for a painting acquired from a U.S. gallery who bills for this particular artist in euros,” said New York-based art advisor Liz Parks. “It had dropped that much in a short period of time.” 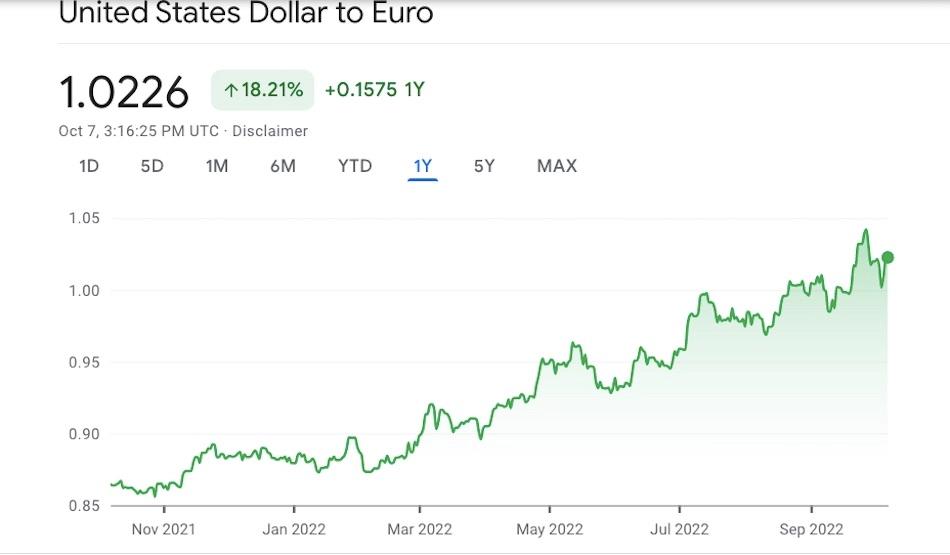 Of course, not everyone is reaping the benefits and complications are already flaring up, whether it’s players on either side of an international deal trying to make last-minute tweaks, or artists and collectors outside the U.S. asking to be priced or paid in dollars.

Miami-based art advisor Karen Boyer is encountering these complexities in a secondary deal underway in London for which the artwork is priced in British pounds. “The owner is now thinking he wants to convert the price to dollars, but the question is, do we use today’s exchange rate or when he put it on the market? It would make a sizable difference in the price and might kill the deal one way or the other.” 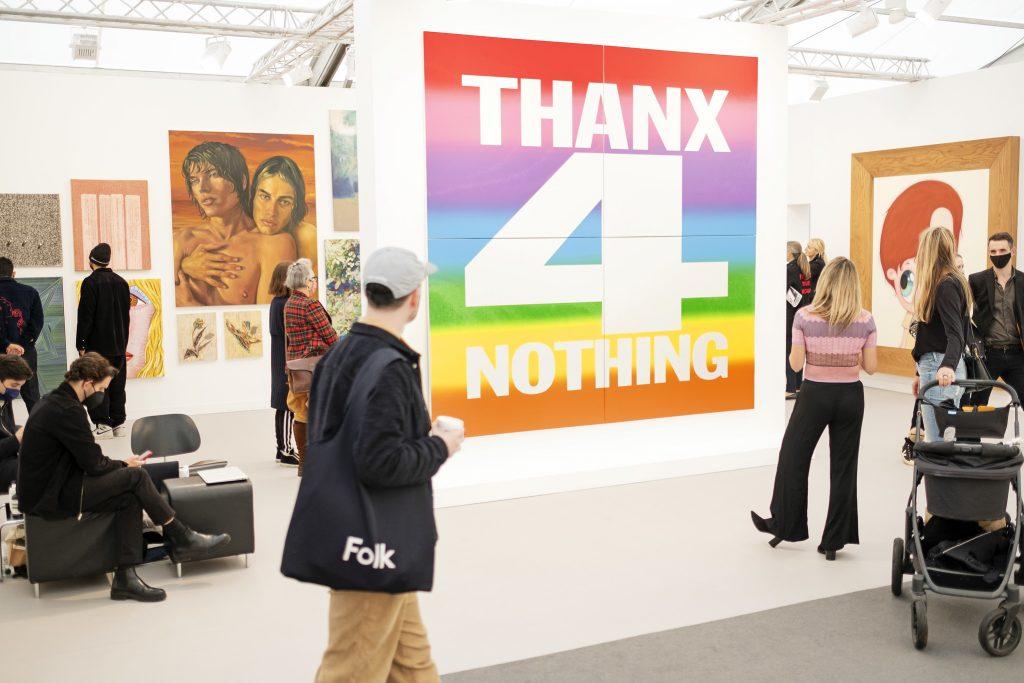 Other dealers are looking at the bigger picture and say the strong dollar doesn’t tell the whole story. The record rate of inflation in the U.S. (which, notably, the strength of the dollar is helping to slow) and stormy global economic forecast balance out the currency-fueled exuberance.

“It seems that we are entering a new volatile economic cycle this fall, with a lot of uncertainty globally,” said Los Angeles gallerist Francois Ghebaly. “The strong USD is just one symptom, which slightly reduces some of our costs for participating in Frieze and Paris +, which is welcome. But many other costs are still much higher than in the past, so in the end, we’re still paying a premium compared to the pre-COVID time.” He added: “We are okay for next month, but it will be more difficult for our colleagues outside of the U.S. planning to show in Miami this year.“

The gallery is trying to operate more efficiently in general, Ghebaly said: paintings for a solo show of Romanian artist Marius Bercea at Frieze London, for example, were shipped by truck instead of by air, and the central installation of the gallery’s Paris booth, a work by Farah Al Qasimi, was produced in Paris instead of being sent from the U.S. 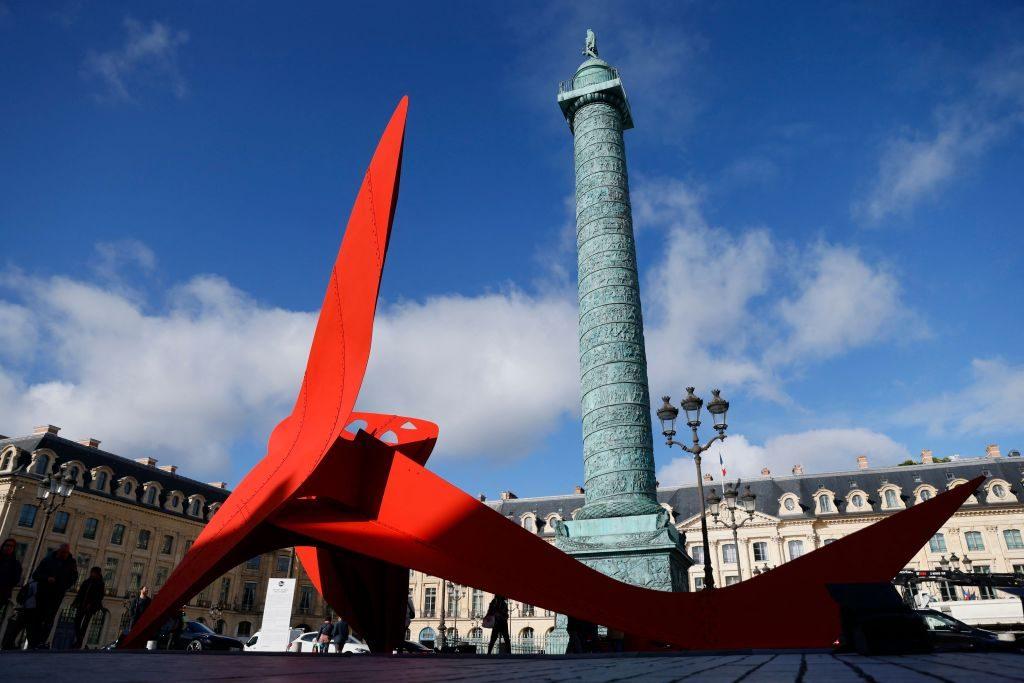 Pedestrians walk past an artwork by US sculptor Alexander Calder displayed on the Place Vendome in Paris, as part of the FIAC, the French International Contemporary Art Fair, on October 21, 2021. Photo by Thomas Samson/AFP via Getty Images.

“We’re trying to find ways to keep our presentations ambitious, while trying to reduce unnecessary expenses and emissions,” he said.

Art advisor Megan Fox Kelly noted that beyond the art fairs, collectors in the U.K. and elsewhere in Europe may be “feeling the pinch” and “are going to be looking to sell certain things—maybe not in the coming weeks, in the coming months.”

Whether that happens at auction or on the private side, she says, clients are on the lookout for consignments coming out of European collections. After all, if the artworks are sold in Europe, Americans will be able, essentially, to get them on sale.

From a new recording of the song that made Bob Dylan famous to a gay rights protest artefact: our pick of the highlights from...