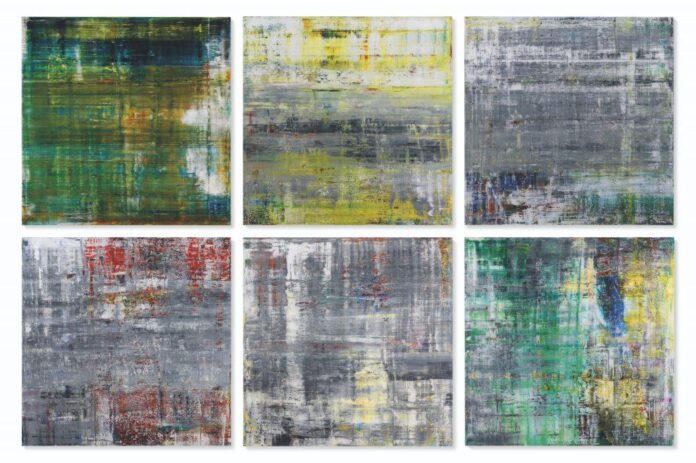 Gerhard Richter is one of the most influential living German painters, whose experiments in abstraction and photo-based painting have cemented him a towering place in the canon of art history.

The artist was born in Dresden in 1932, during the rise of the Nazi regime. He lived in East Germany after the war, creating Socialist Realist murals until 1961, when he fled to West Germany to study art.

In the following decades, Richter continued to explore new techniques, eventually introducing abstraction to his practice. He invented his squeegee technique by using a large, handmade squeegee in order to progressively, vertically, and horizontally smudge several thick layers of oil paint across the canvas. The effect creates deeply textured mixes of color, with a unified sense of motion that reveals hidden layers of color and concentration.

The present work, is the complete set of six prints published by Heni Editions, London, reproducing Gerhard Richter’s famous “Cage” series. The artist created the large, abstract paintings in 2006 for the next year’s Venice Biennale, and are named after the American minimalist composer John Cage, whose music Richter listened to continuously as he created these paintings. In the spring of 2021, Gagosian exhibited the full “Cage” series in its New York City gallery. 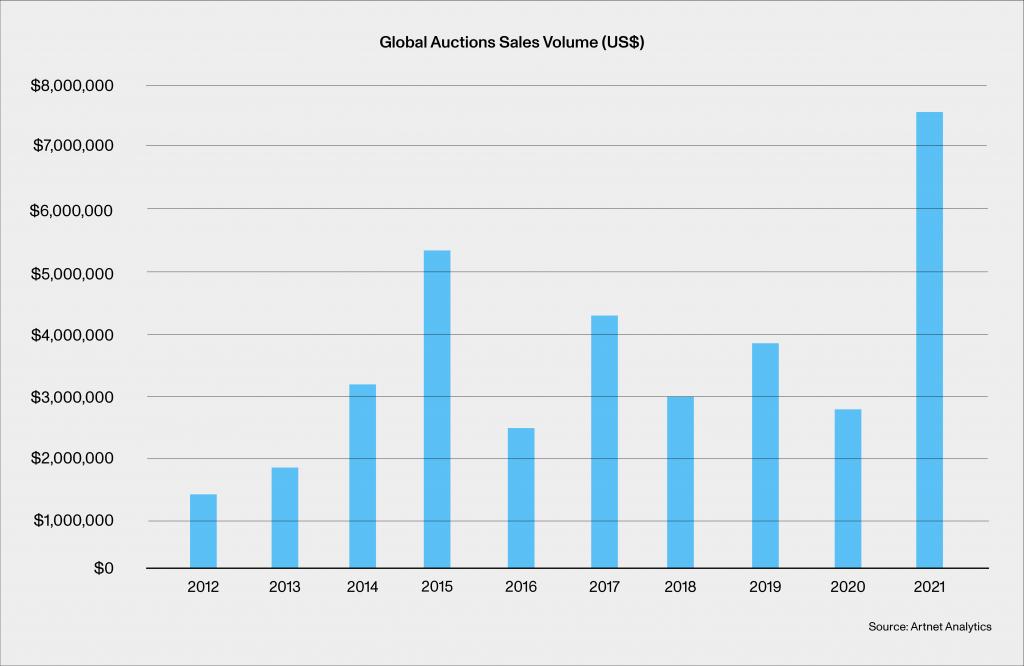 The market for prints and multiples from Gerhard Richter reached a record high in 2021.

The diasec-mounted chromogenic prints on aluminum are denoted by identifying “P” numbers, and are described by the artist as “facsimile objects” that are an offshoot of his original paintings. These limited-edition prints, executed in 2020, are number 103 from an edition of 200.

The market for prints and multiples from Gerhard Richter has remained strong over the past decade, with exceptional performance in 2021, when 78 percent of works sold above their high estimate, achieving a record global auction sales volume of more than $7.5 million. The market’s momentum has remained strong in 2022, as 91 lots have sold, achieving a sales volume of nearly $2.5 million. Last year, an edition of sold at Phillips for more than $230,000.

presents an exceedingly rare opportunity to collect a complete set of Richter’s iconic “Cage” series. Don’t miss your chance to add a series of squeegee prints to your collection. The sale Summer Edition: Premier Prints and Multiples is live for bidding through July 13.

Please don’t hesitate to reach out directly to the specialist for this lot, Sylvie François Sturtevant, at [email protected] with any questions.

Pete Doherty, Bad Boy of British Rock, Is Showing His Collages and Other Highly Personal Artworks in a New Show in Berlin