Home News This Powerful Mondrian Is Heading To Sotheby’s, And It Has Record Written... 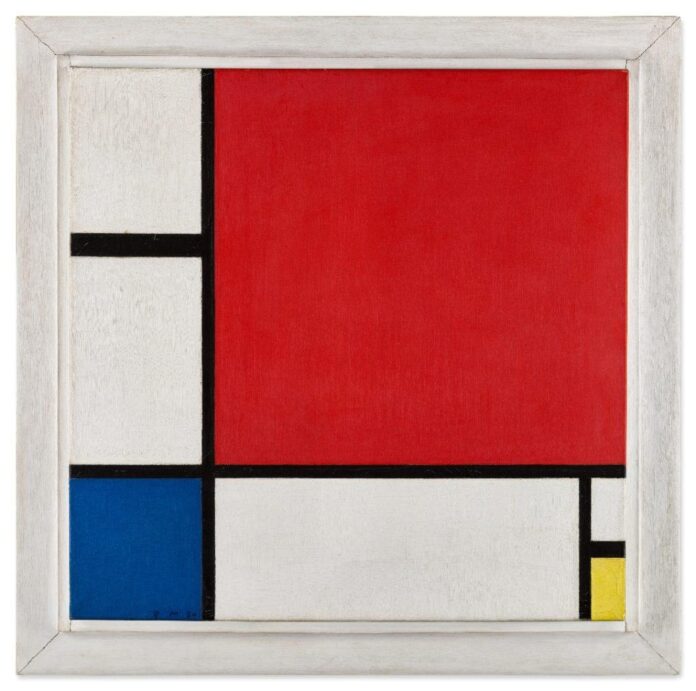 An exceptional painting by the groundbreaking Dutch modernist Piet Mondrian is set to be the highlight of Sotheby’s New York’s forthcoming Modern Evening Auction on November 14. The price is likely to be exceptional too.

In fact, such a sale would be a comeback of sorts. At one time  already held the title of most expensive Mondrian when it sold for $2 million back in 1983.

The composition is a fantastic example of the highly distinctive De Stijl movement that Mondrian co-founded, typically characterized by the harmonious interplay of primary colors within a simple, geometrically abstracted grid.

The revolutionary style influenced many successive modern art movements, including the Bauhaus, Abstract Expressionism, and Minimalism.

Highly sought-after works like these, produced during Mondrian’s mature period of the 1920s and early 1930s, are primarily held in museum collections and rarely seen at auction. Hence the gargantuan potential price.

This particular painting is all the more eye-catching for its focus on the color red, a rare trait among the artist’s works from the time.