Home News Here Are the Artworks Destroyed by Pro-Bolsonaro Rioters in the Storming of... 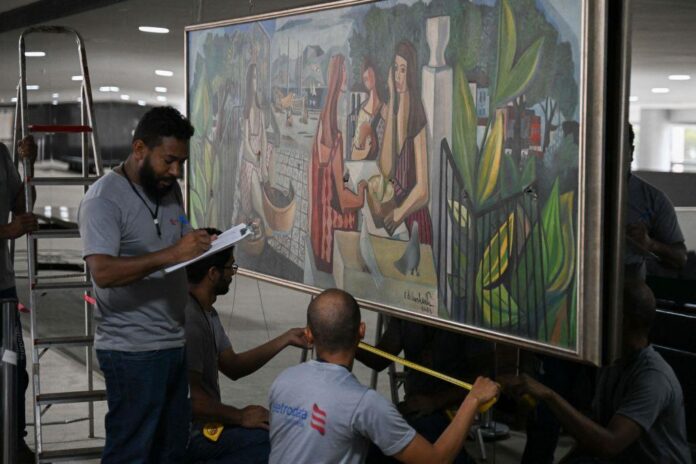 Art was caught in the crossfire yesterday as supporters of Brazil’s former far-right president Jair Bolsonaro ransacked Congress, the Supreme Court, and a presidential palace in Brasília a week after the inauguration of left-wing president Luiz Inácio Lula da Silva, also known as “Lula”. Reports suggest rioters smashed windows and glass cabinets and vandalized a number of important rooms.

As Mulatas, a painting by the celebrated Brazilian modernist Emiliano di Cavalcanti that hangs in the Planalto Palace, was punctured multiple times, according to a report by the Brazilian publication O Globo.

Sad to see noted works of Brazilian art—this one by Emiliano Di Cavalcanti—vandalized in today’s attacks. What is the point of stabbing a piece like this? What is the political statement behind a move like that? https://t.co/a8C3ZO15ti pic.twitter.com/U3oWO8USeF

There are also reports that a sculpture by Bruno Jorge, O Flautista, has been completely destroyed, while another by the Polish-Brazilian artist Frans Krajcberg was damaged. Also recorded as being damaged are a bust of statesman Ruy Barbosa, an installation of stained glass by the French-Brazilian artist Marianne Peretti, and a well-known statue that sits outside the Supreme Court.

A watch donated by the French Court to Dom João VI (1767–1826), the King of Portugal and Brazil, has also apparently been destroyed. It was one of only two such timepieces known to exist. 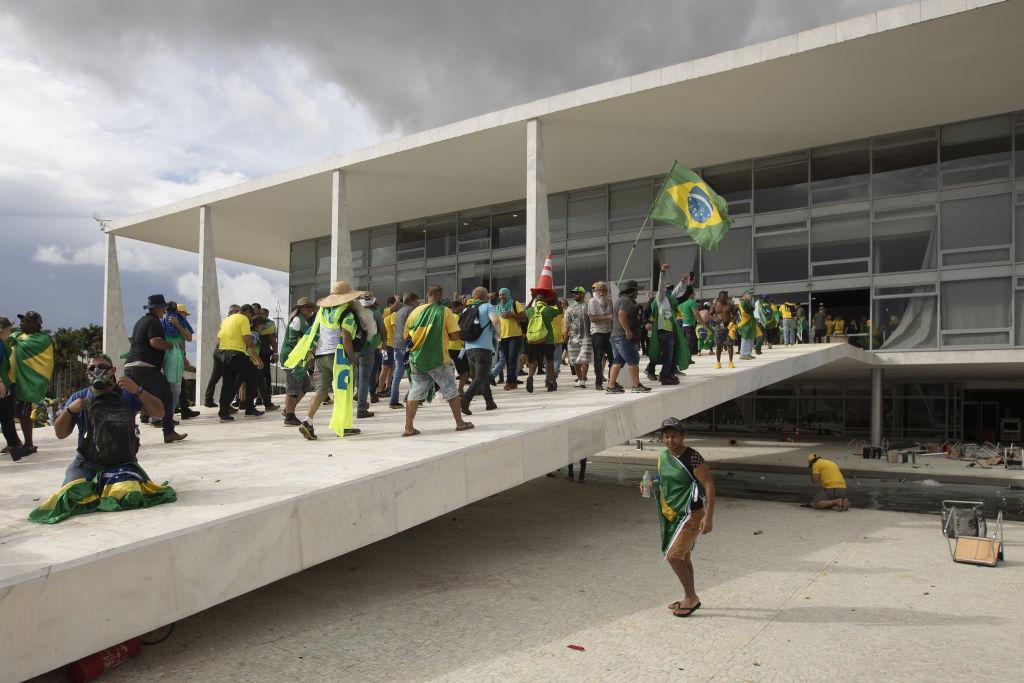 Supporters of former President Jair Bolsonaro clash with security forces as they break into the Planalto Palace and raid the Supreme Court in Brasilia, Brazil, 08 January 2023. Photo by Joedson Alves/Anadolu Agency via Getty Images.

The federal buildings ransacked were UNESCO World Heritage Sites, designed by the leading mid-century Modernist architect Oscar Niemeyer and the urban planner Lucio Costa. Former president Juscelino Kubitscheck’s desk, an object of historic importance, has reportedly been destroyed following its use as a barricade.

Just a week ago, reported that the president’s residence Palácio da Alvorada, also by Niemeyer, was in need of substantial repairs following its occupation by Bolsonaro. Reported damage to the building included torn carpets, broken windows and floorboards, and leaks. Several artworks have gone missing, while a tapestry by Di Cavalcanti needs restoration after having been exposed to the sun. 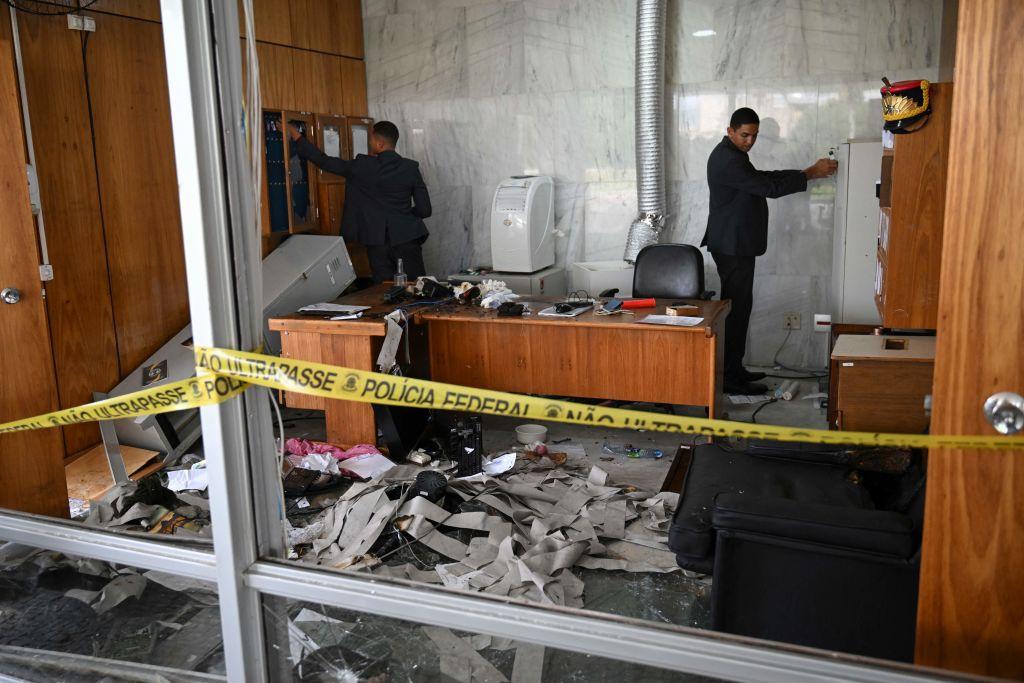 According to O Globo, Brazil’s ministry of culture Margareth Menezes is traveling to Brasília today to meet with specialists from the National Historical and Artistic Heritage Institute (IPHAN) to assess the extent of the damage.

In a Tweet, Menezes also claimed that UNESCO has offered to contribute to the restoration effort. “A painting by Di Cavalcanti destroyed with stab wounds reveals the ignorance and violence of these abominable acts,” she also wrote. “Brasília is Brazil’s material and immaterial historical heritage and we will work together to rebuild everything that was violated.”

Luiz Inácio Lula da Silva, who won the presidential election in October and was inaugurated a week ago, claims that the ex-leader actively encouraged the violent demonstrators. “There is no precedent for what they did and these people need to be punished,” he said.

Authorities have made some 1,200 arrests following the protests, according to the .