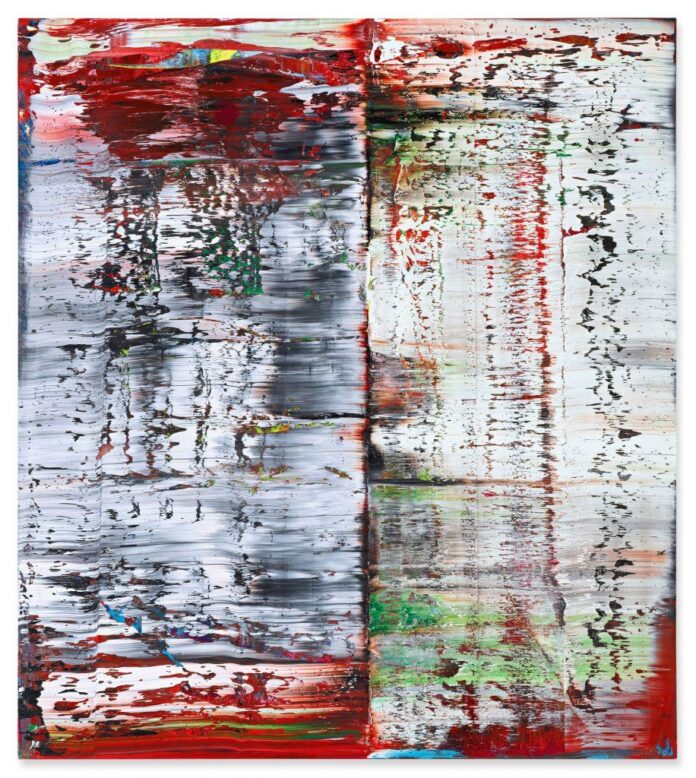 Millennial buyers and online bidding drove Sotheby’s autumn auction series of modern and contemporary art in Hong Kong to a combined HK$1.19 billion ($151.3 million) over the weekend. The five fine-art sales achieved results within pre-sale expectations (HK$933.2 million–HK$1.4 billion or $119 million–$177.1 million) but did not quite match the froth of recent seasons.

The sales were led by Gerhard Richter’s painting (1990), which fetched more than HK$200 million ($25.5 million) at the contemporary art evening sale, marking the second highest price for the artist at auction in Asia. In second place was Picasso’s 1965 painting , which sold for HK$76 million ($9.8 million) at the modern art evening sale. The series also set records for artists including sought-after young painters Louise Bonnet and Emily Mae Smith, as well as Asian records for major Western names Joan Miró and Peter Doig. (Final prices include auction-house fees; presale estimates do not.)

The day and night sales total for each of the two categories—modern (HK$524.1 million/$66.8 million) and contemporary (HK$663 million/$85 million)—were down from previous seasons. In back-to-back sales at the Hong Kong convention center on Friday night, works by 20th century Chinese-French master Zao Wou-ki, Taiwan-born minimalist Richard Lin, French artist Bernard Buffet, Japanese painter Kazuo Shiraga, and U.K. sculptor Antony Gormley failed to find buyers. These potholes were all the more notable as sources told Artnet News that representatives from the auction house made an unusually spirited effort to confirm bidders ahead of the sales.

Sotheby’s explained that the drop in the modern art sales total (compared to $83 million in spring 2021 and $86.1 million in fall 2021) was due to a reduction in the number of lots offered, from last fall’s 140 to last weekend’s 93, and noted the average lot value rose to $718,000 from last autumn’s $615,000. Contemporary art sales, on the other hand, were on par with the pre-pandemic fall 2019 result of $87 million, a Sotheby’s spokesperson said, though noticeably down from the $116 million achieved in spring 2022. The auction house noted that the average lot value increased from $1.9 million in spring 2022 to $2.1 million this autumn.

Millennials accounted for a quarter of the buyers, the highest percentage the auction house has seen in the modern and contemporary art sales series in Hong Kong to date, Sotheby’s said. Almost 60 percent of the bidders took part online. “What we saw this season was the continued strength of Asian buying power, fueled by a constant new stream of young buyers,” said Alex Branczik, Sotheby’s chairman of modern and contemporary art in Asia.

While buyers from Hong Kong played the biggest role, followed by Taiwan and mainland China, the sales also saw an influx of international buyers as more Western art is sold in China’s Special Administrative Region despite the strength of the Hong Kong dollar (which has been pegged to the U.S. dollar since 1983) against other currencies. There was also an increase in bidders from the U.K., the auction house noted. 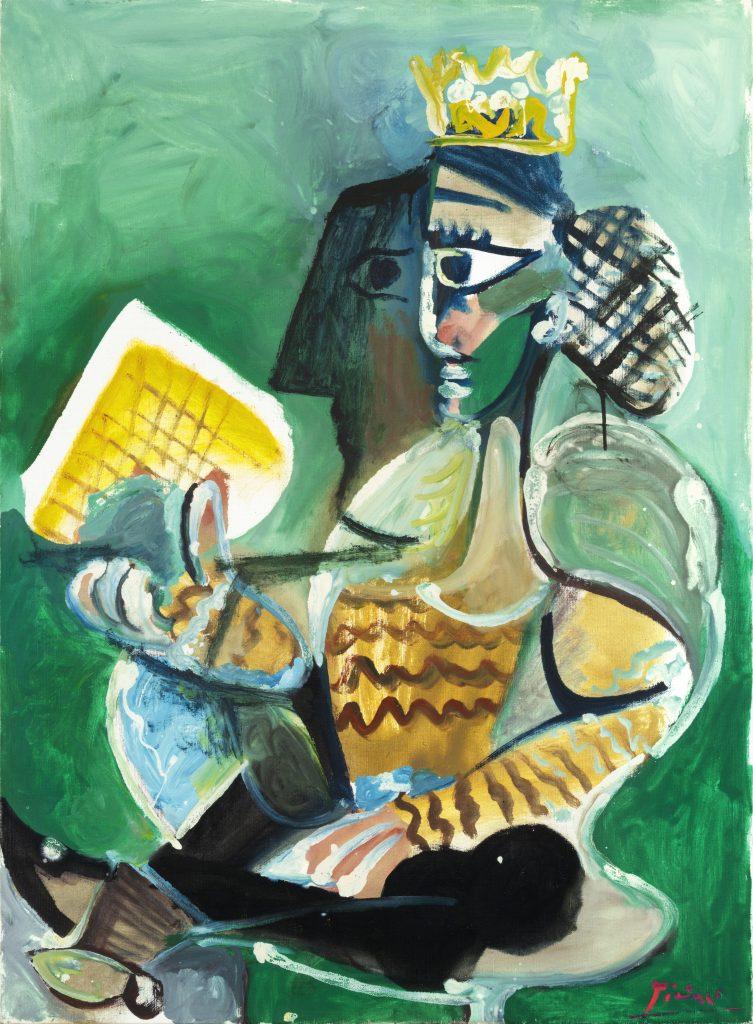 This fall’s series was comprised of five sales: modern day and evening sales, contemporary art day and evening sales, and a sale dedicated to Chinese contemporary art from a private collection under the banner New Wave Beyond Yuanmingyuan. The sales coincided with the usual October Hong Kong art week calendar, which also sees the return of Fine Art Asia. The city’s mood has been lifted amid the recent cancellation of compulsory hotel quarantines for inbound travelers after nearly two and a half years, but the number of visitors entering the city was up only slightly as social-distancing restrictions and mandatory PCR tests remain in place.

Of all five sales, New Wave Beyond appeared to be the weakest link, commanding a total of HK$23.9 million ($3 million), within pre-sale expectations. It had a sell-through rate of 79 percent, with eight out of 38 lots unsold.

The performance of Chinese contemporary art has been lackluster since its 2014 peak. The category showed slight upward momentum in 2021, with total sales reaching $538 million, but the results of New Wave Beyond suggest the trend may not accelerate any further. Works by blue-chip Chinese contemporary artists such as Liu Ye and Zeng Fanzhi also failed to find buyers in the contemporary day sale.

The contemporary art evening sale delivered a within-estimate total of HK$535.5 million ($68.2 million). The 35-lot sale had a sell-through rate of 94.3 percent, the highest among all five sales, but the total was down from last fall’s HK$586.8 million ($75.3 million). Seven lots were guaranteed and three lots—by Matthew Wong, Maurizio Cattelan, and Mark Grotjahn—were withdrawn. 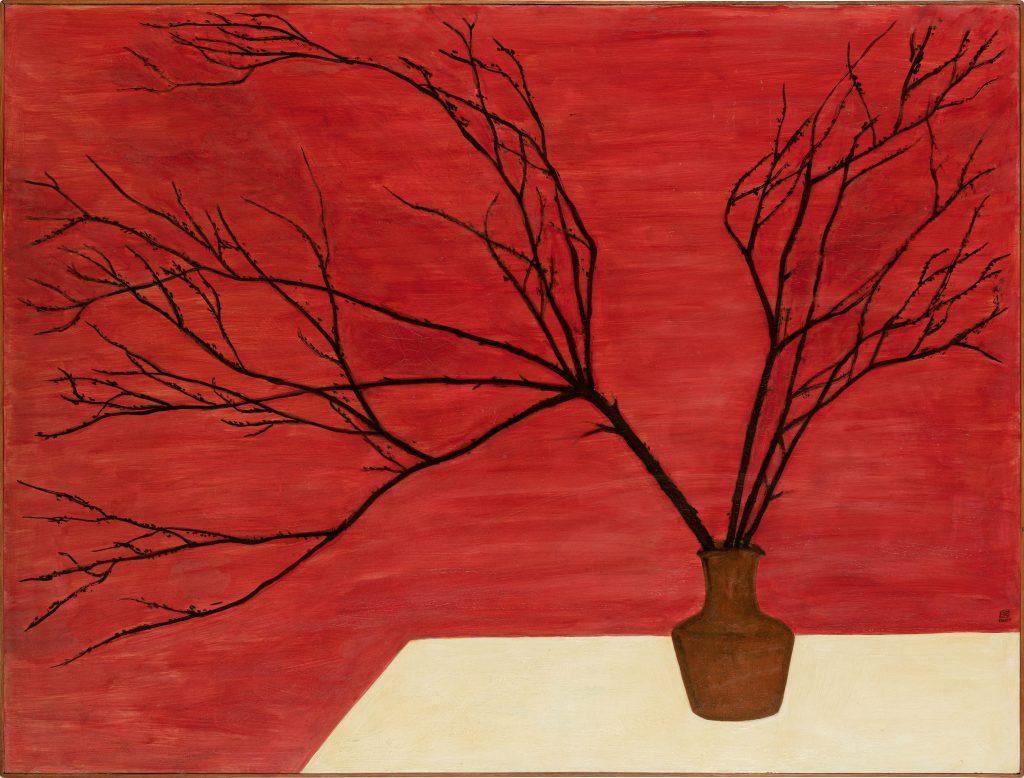 Several works by artists including Kusama, Cecily Brown, Jean-Paul Riopelle, and Anselm Kiefer featured in the contemporary art day sale were unsold. The sale totaled HK$103.9 million ($13.2 million), just above the lower estimate, and had a sell-through rate of 84.8 percent.

Sales of the prized collection of the late Joseph Hotung, a notable collector from one of Hong Kong’s elite families, achieved a combined total of HK$563.6 million ($71.8 million), nearly double its presale estimate.