Home News The 10 Must-See London Gallery Shows During Frieze Week, From a Tribute... 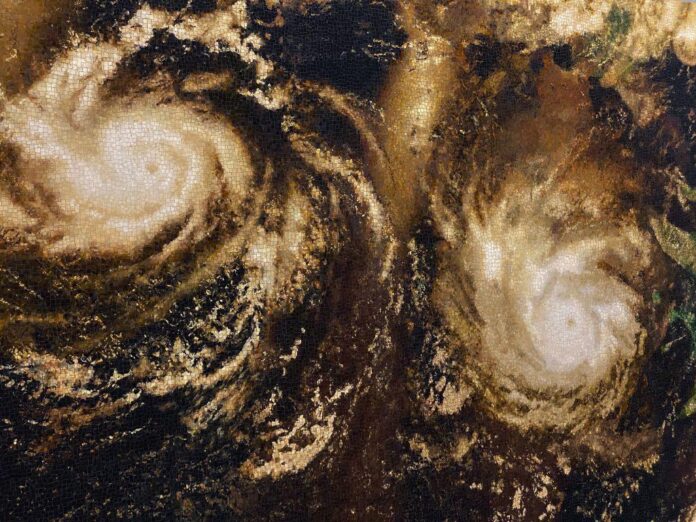 Galleries in London are bringing their A-game—and many U.K. debuts for artists—during this year’s Frieze week, which may be the closest return to a sense of pre-pandemic “normalcy” the city has seen yet.

With travel restrictions relaxed in most part of the world, the U.K. capital is expecting an influx of international collectors, curators and artists. Add to that the frisson of competition brought by Paris+, the inaugural edition of the Swiss organizer Art Basel’s new art fair in France, and you have a recipe for some dynamic programming.

Here are the ten shows you should not miss between the art fair-hopping this week, from a tribute to the recently deceased painter Sam Gilliam, to some of the earliest computer-generated art. 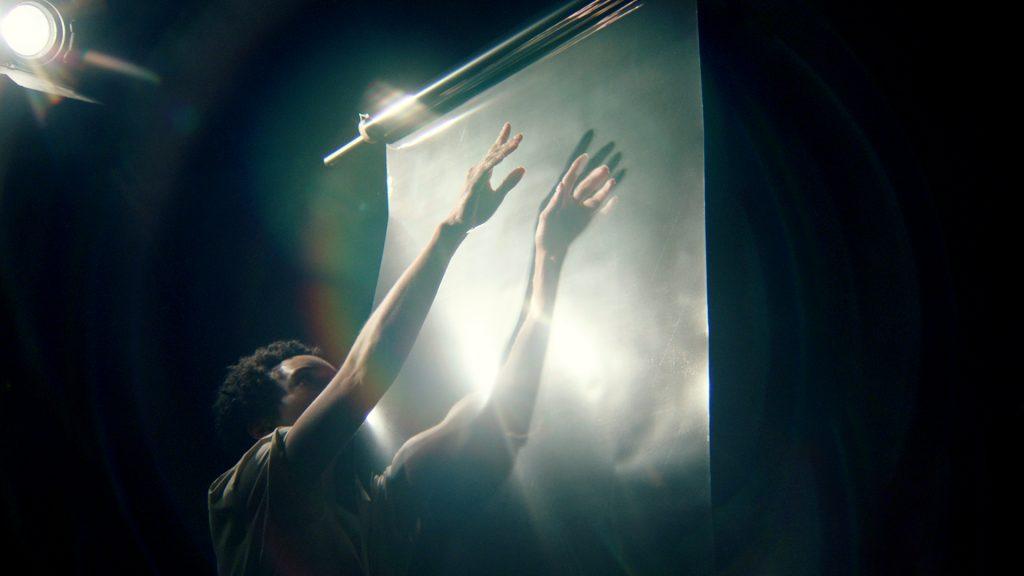 “Safe” isn’t just the title of the American artist and filmmaker Garrett Bradley’s inaugural show with Lisson Gallery this autumn. It is also the title of her second installment in a trilogy of short films that explores the various dimensions of women’s lives. As a follow-up to (2019), the first installment of the trilogy that examines exterior relationships, (2022) takes a look on the inner life. The work is exhibited in the form of a three-channel video installation, and the film’s score fills all three exhibition spaces across the gallery, creating an immersive experience. 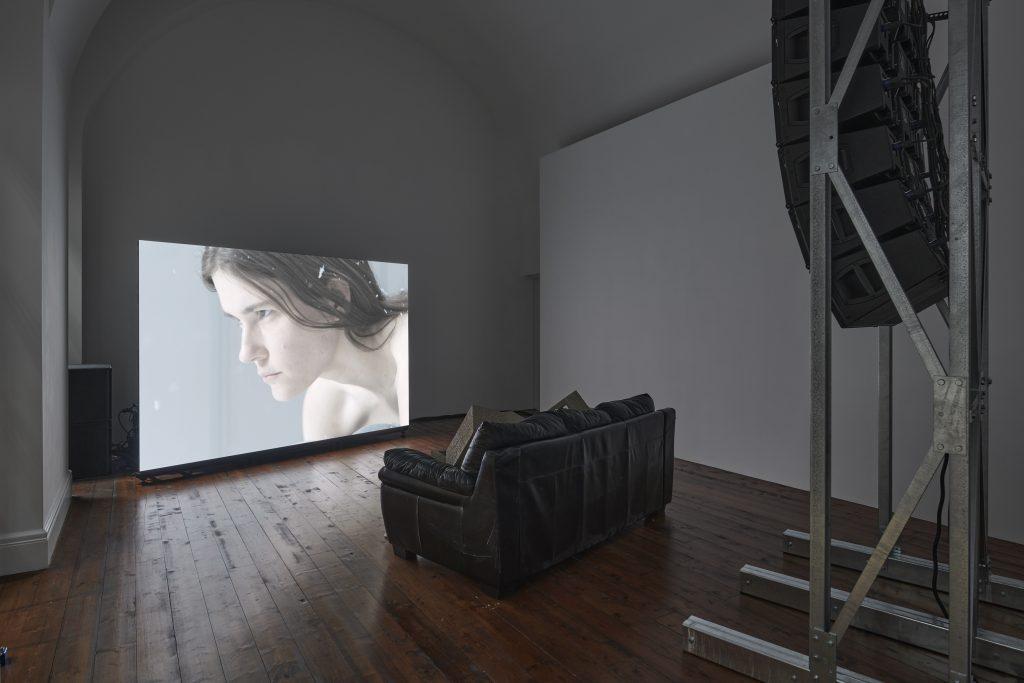 Installation shot of “Anne Imhof: Avatar II” at Sprüth Magers, London, 2022. Photo: Courtesy of the artist and the gallery.

Spanning all four floors of Sprüth Magers London gallery in Mayfair—the first to take up the whole building—this solo show of new works from the famed German artist is one of the must-see gallery shows this season. There are a lot of works on view: oil paintings, large-scale paintings on aluminum panels, drawings, audio-visual works, and conceptual installations. But its is not just about the show’s sheer size and volume. It is the unsettling scenes and narratives carved out by the seemingly oddly placed fitness equipment and gym furniture installed throughout the gallery that make it a unique immersive experience. 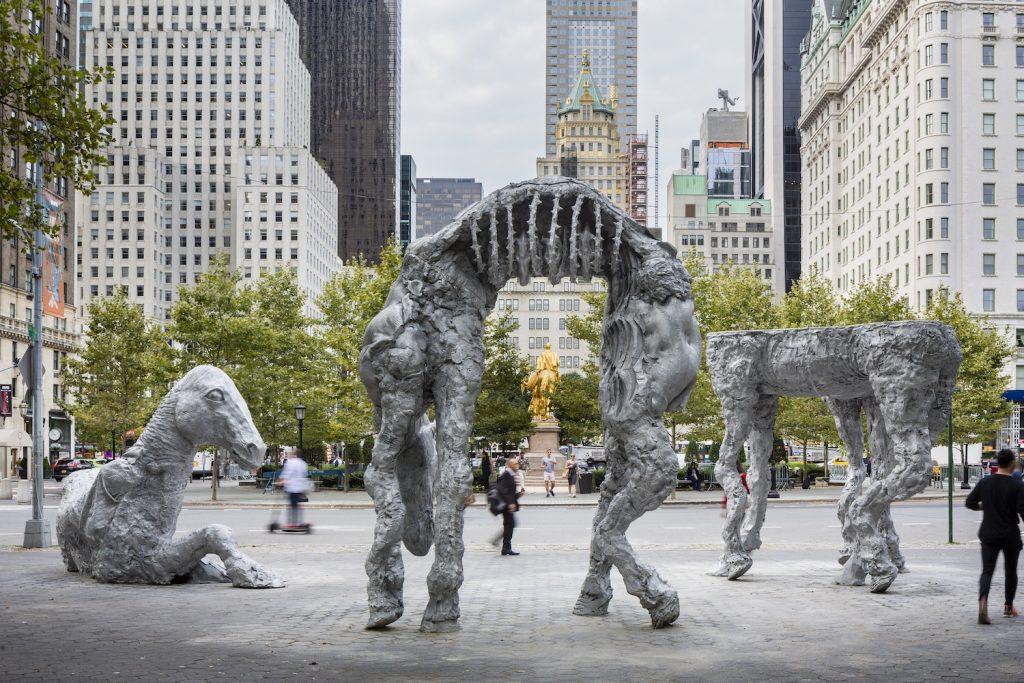 Jean-Marie Appriou, The Horse. Courtesy of the artist and Massimo De Carlo.

The solo show of the French artist Jean-Marie Appriou is the inaugural exhibition of Massimo De Carlo’s new London gallery in Mayfair. The space is located on the first floor of a Grade II–listed building dating back to 1723. Appriou, who lives and works in Paris, is known for his surreal sculptures of horses, which graced the entrance to New York’s Central Park for a year. This show, featuring a new body of work, is also the artist’s first solo show in the U.K. 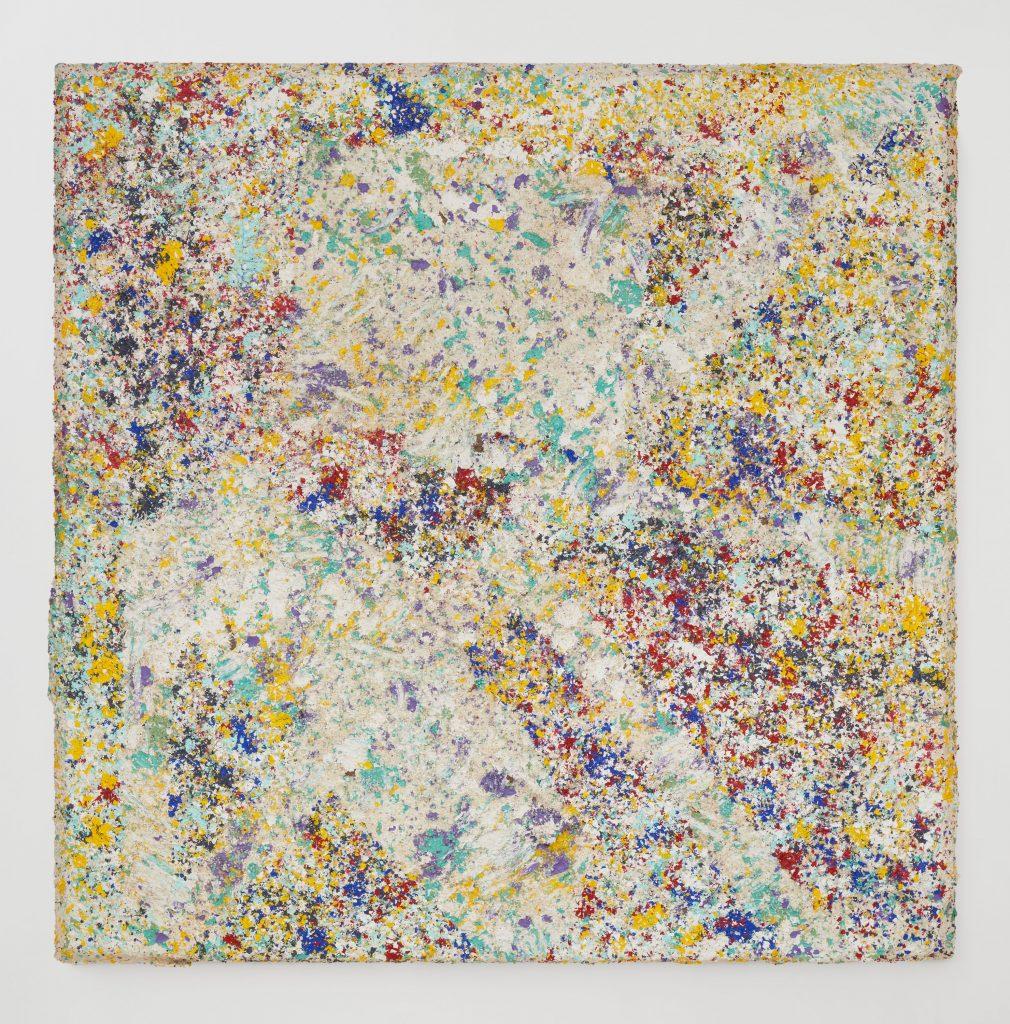 Pace brings a selection of art created by Sam Gilliam during the last two years of his life, from a suite of monumental paintings to smaller works on paper. The exhibition, which is Gilliam’s debut in the U.K., was conceived together with the artist before his death this June. The showcase of one of the most celebrated figures in post-war American art takes up the entire space of Pace’s gallery at Hanover Square. 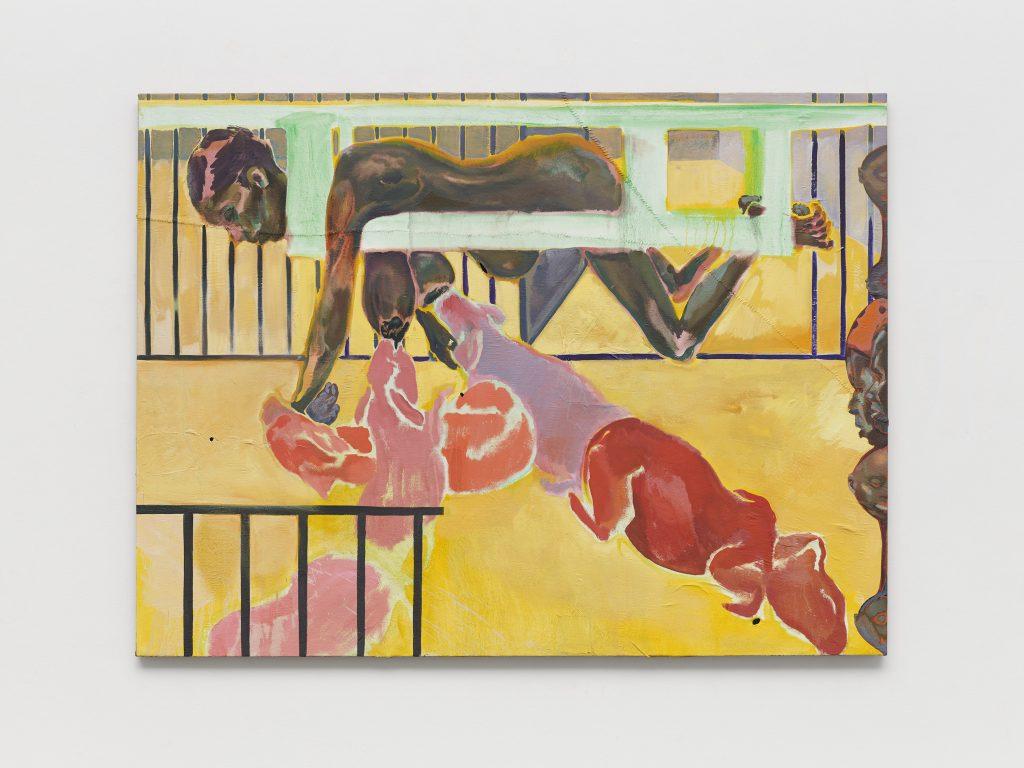 From last summer’s acclaimed show at the Royal Academy in London, to the recent exhibition at the Kunsthalle Basel coinciding with Art Basel, Michael Armitage has certainly had a great deal of exposure over the past 12 months. At White Cube, the famed artist is sharing the stage with Seyni Awa Camara, a Senegalese artist whose work he has admired over the years. While some of the recent paintings on view at the London gallery were previously shown in Basel, the juxtaposition of these works with a group of Camara’s terracotta sculptures in the gallery’s vast Bermondsey has added another layer of reading to Armitage’s storied practice. This is also the first presentation of Camara’s work in the U.K. 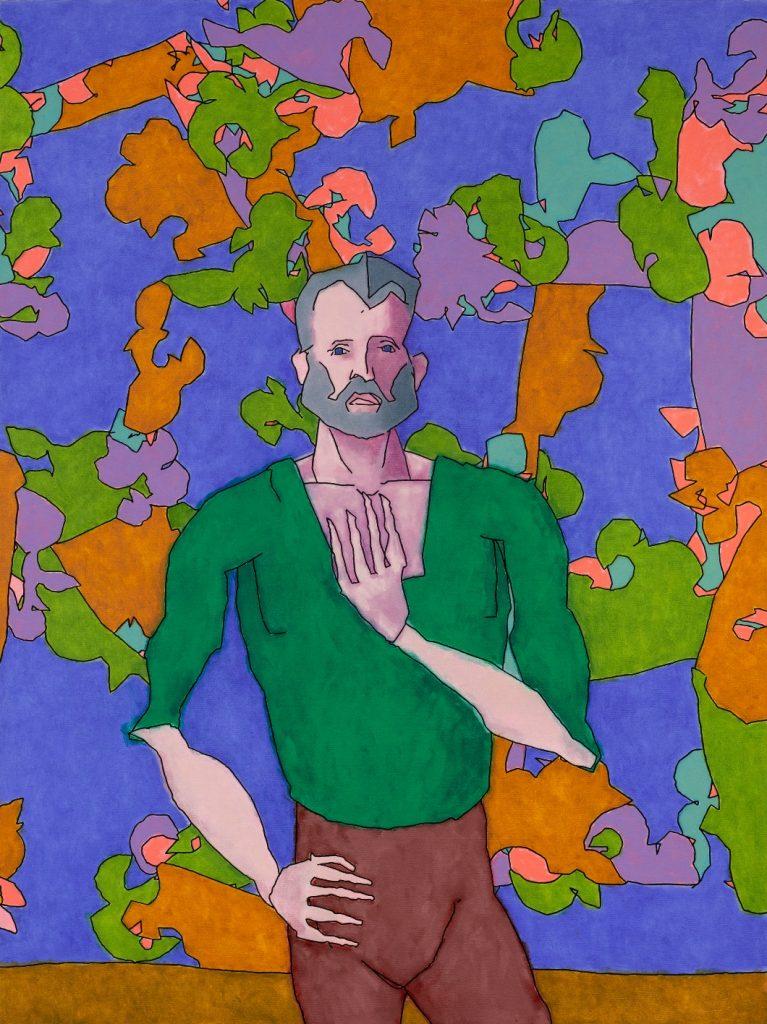 With all the excitement in recent months about generative and A.I.-generated art, it will surely be a surprise to many that Gazelli is staging the U.K. first-ever solo show dedicated to AARON, British artist Harold Cohen’s computer program that was producing its own artworks from as early as the 1970s until the artist’s death in 2016. Today, the collection of outputted art provides a fascinating insight into the developments of machine learning over several decades, as this retrospective takes us through Cohen’s creative journey. 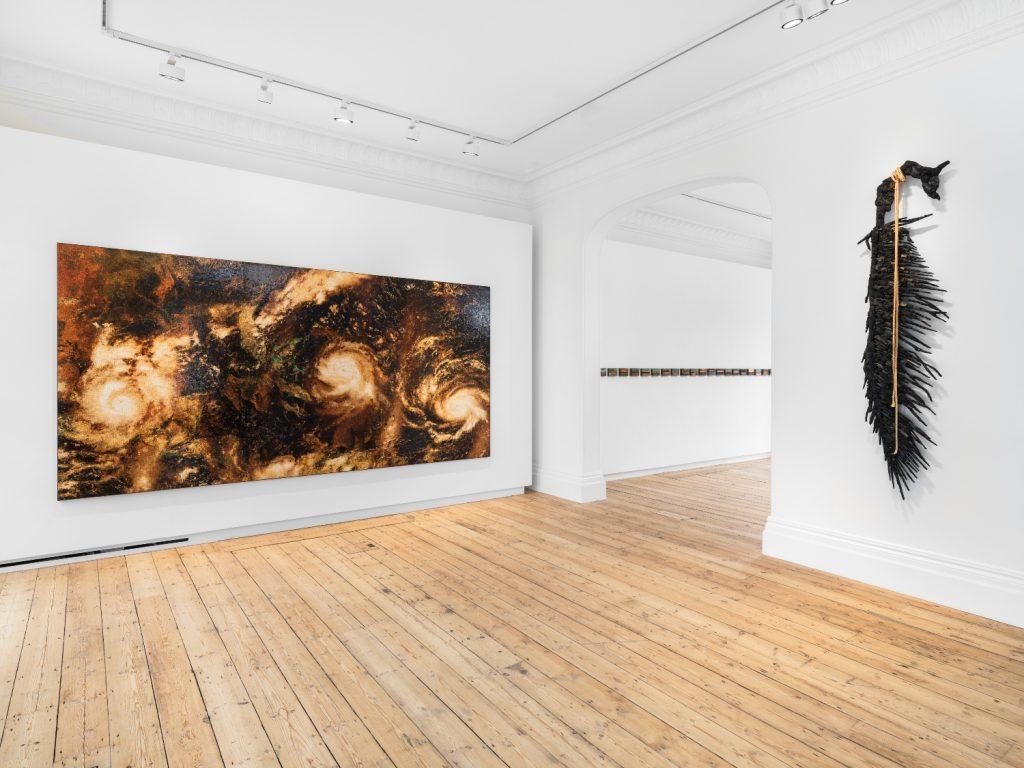 Teresita Fernández has explored the materiality of the Caribbean’s earthy terrain through a broad range of mixed media, including glazed ceramic, fired clay, copper and a sculpture of solid charcoal. The islands’ breathtaking natural wonders swirl into abstract forms so that even microscopic details can become a magical cosmic expanse. Viewers may be lulled by notions of tropical paradise, but never far away are references to colonial and commercial violence to the land. 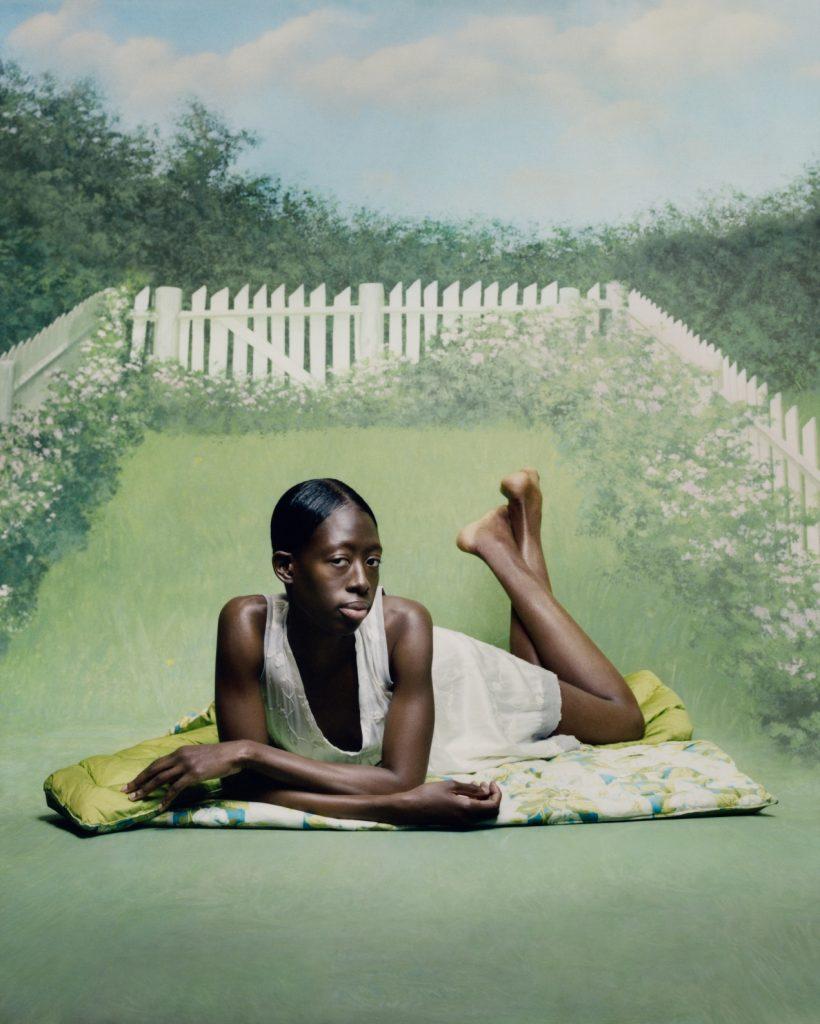 Aged just 23-years-old, Tyler Mitchell had already shot to fame after photographing Beyoncé on the cover of September issue in 2018. With dreamlike, tranquil beauty, his latest body of work, “Chrysalis,” presents Black subjects in settings that are undefined but idyllic—if artificially so. Tension might be introduced by the tyre on a rope, which suspends a boy just above a lake’s surface. Elsewhere, a tightly cropped picket fence could bring to mind conventional suburban safety… or containment. Large-scale works are interspersed with a series of smaller studies of men wading and struggling through mud.

Famous for her searching portrayals of friends, families and strangers, Alice Neel never had any trouble capturing her subject. For the first time, however, Victoria Miro is bringing together portraits of the same sitter that were in many cases painted several decades apart. Inevitably, these revealing pairings show us how each person has evolved and changed in the eyes of the artist, as well as bringing to light Neel’s own stylistic development. The show includes studies of the gallerist Ellie Poindexter, Neel’s friend John Rothschild, her elder son Richard and her mother.

Just a stone’s throw from radical American artist Carolee Schneemann’s first major U.K. museum survey at the Barbican, Hales Gallery takes us back to her roots by focusing on the four-year period between 1955 and 1959, when Schneemann was just a teenager. Among the works on display is a series of studies of a naked couple embracing from 1957, which was painted only shortly after Schneemann had graduated from her BFA at Bard College; the works bring to light how much Schneemann had been influenced by Abstract Expressionism at the time.