Home News ‘Neighbors Walk By, Do a Double Take, and Smile’: What Happened When...

Anonymous Gallery teamed up with curator Lola Kramer to present “7 Gardens,” a dispersed exhibition of East Village artists on view in community gardens throughout the storied creative neighborhood. The outdoor exhibition opened on July 14 alongside a traditional showcase of all eight artists in the gallery.

Inspired by New York City’s declining green space and the community garden movement that took shape in the 1970s, Kramer told Artnet News that she “imagined 7 Gardens as a moment for art to exist outside of the formal and conventional structure of the white cube, even working against it by proposing a more flexible, less moribund alternative.”

“These spaces serve as mini oases where the public can venture for a moment of solitude,” she continued. “It’s an opportunity for art to happen within our community.”

Anonymous Gallery founder Joseph Ian Henrikson said he reopened his New York space during “the midst of the pandemic, the arrival of my first child, and the loss of my sister (who adored time in her garden).”

“It all forced me to reconsider public space, the city itself, and the way I intend to participate in the art world,” Henrikson said. He’d quietly nourished the conceptual seed of “7 Gardens” for years, compiling lists of community gardens in small bursts. 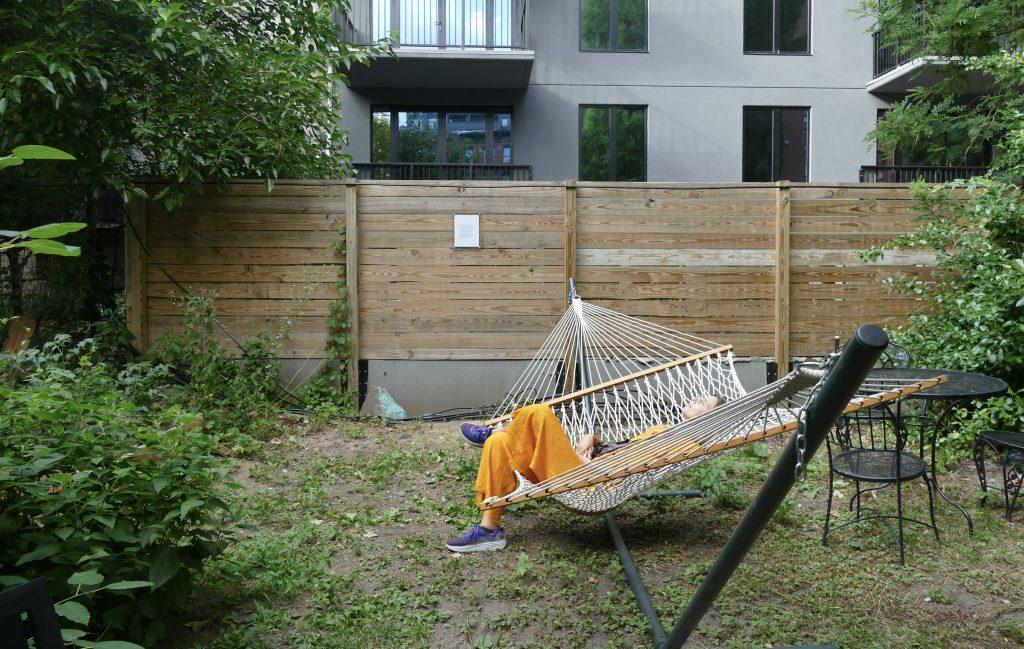 “Witnessing New York City collectively respond to tragedy inspired my devotion to a project that I can personally dedicate to my sister, but that also honors these phenomenally unique spaces in the city that has been my home for almost half my life—and will be home to my children as they grow,” Henrikson said.

He started making moves this February, asking gallery staff to contact community gardens. As they began getting responses, Henrikson approached Kramer to assemble the show. Together, they managed to secure even more sites than they’d originally intended. The title “7 Gardens” was more like a goal post.

“We like to think of it as part of our path towards tropism and organic growth,” Kramer said.

Henrikson said he felt like the gardens chose them. “Green Oasis, for instance, is one of the only gardens with an active beehive and an underused 10-foot raised platform,” he said. “Terence Koh came to mind immediately as someone who has created structures and shrines dedicated to bees.”

Koh’s ongoing project at Green Oasis will culminate with community contributions and a “stained-glass light sanctuary, friendly to the humans, bees, and butterflies that inhabit the space,” Henrikson son.

Kramer curated artists whose work would particularly resonate with the project’s unorthodox context and respect for neighborhood heritage. Tiravanija, for instance, has kept the same apartment on East 7th Street since 1982, and it appears throughout his work.

“I was familiar with Bob Gober’s history with the neighborhood, his studio on East 10th Street, and exhibitions like the show he did at 303 Gallery in 1998 with Christopher Wool,” Kramer said. “I understood that gardening is an important part of his daily life. I imagined how powerful it would be to experience his work in this context, particularly because of his porous relationship with the world outside the studio and his channeling of this vernacular across mediums.” 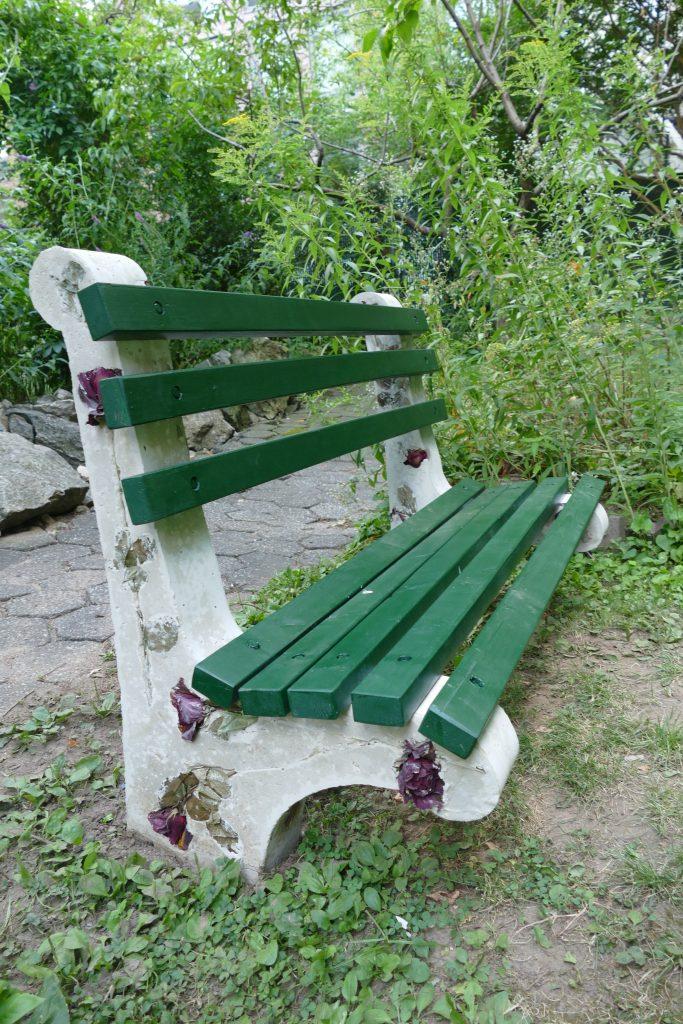 She had the most fun working with Urs Fischer’s studio on his installation. “Neighbors would walk by, do a double take and smile,” Kramer said. That installation got featured on Instagram by What Is New York, which has 1.3 million followers. Henrikson called it “A real ‘we’ve made it’ moment.”

Local activist and Orchard Alley founder Ayo Harrington invited Bunny Rogers to make her flowered version of the Chrystie-Forsyth bench permanent. Rogers will give a poetry reading on July 27 at 7:30 p.m.

There’s still plenty of summertime in store. “7 Gardens” and promises more programming, such as workshops, artist talks, performances, and screenings. Keep your eyes on the exhibition map as it updates, and check out the central show at 136 Baxter Street, which also functions as an information center for your adventures across the East Village.