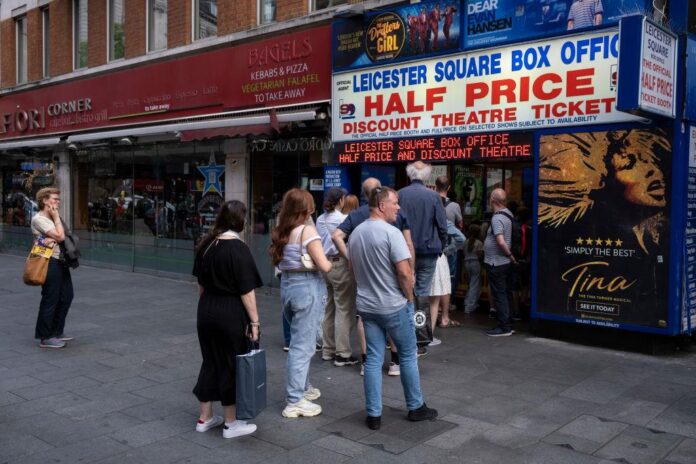 A new scheme in London called The Ticket Bank will make thousands of otherwise unsold theatre tickets available for free to people who have been hardest hit by the cost of living crisis.

So far, seven major arts organizations have joined the scheme, which is due to start in January 2023. These include the Barbican, the National Theatre, the Almeida Theatre, Bush Theatre, Gate Theatre, Tara Theatre, and the Roundhouse.

The concept was first proposed by Chris Sonnex, the artistic director of Cardboard Citizens, a charity that makes theatre with, and for, people who have experienced homelessness and poverty.

Sonnex told the BBC that arts and culture have a “massive effect” on one’s well-being, but that “whole rafts of people are being excluded from that because of ticket prices.”

Charities will distribute the tickets on behalf of the venues by giving out special access codes to those in need. When they book, they can either opt to receive a free ticket or “donate what you can.”

Speaking to the BBC, chair of the Cultural Philanthropy Foundation, Caroline McCormick, who also helped to conceive the project, said: “Everybody’s seen the value, everybody wants to make it work. What’s wonderful is the sector uniting behind these issues. We want to ensure that people can access culture.”

“Culture will always be one of the first things that drops when you’re struggling to eat, but equally it is one of the most important things that we have as humans,” said Gillian Jackson of The House of St Barnabas, a charity for the homeless. “We’ve had some incredible stories about someone going back to the theatre, or going for the first time, and that can be the reignited flame to get their dignity back.”

Several more venues are expected to join in the coming year, which could make as many as 56,000 free tickets available for those in need.