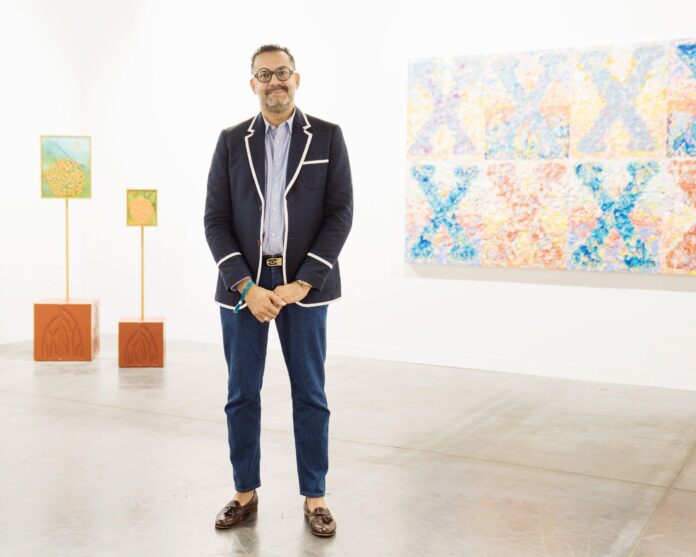 Next year—for the first time—a Miami gallery is going to Basel. David Castillo, who has lived in Miami for most of his life and opened his gallery in the Wynwood District in 2005, has been selected to participate in Art Basel in Switzerland next June. After years of showing in the Miami Beach edition, starting in the Positions and Nova sectors in 2008 and 2011, respectively, before joining the main sector in 2018, Castillo will now become the only local dealer to make the jump to the mothership in its more than 50-year history.

“It is some acknowledgement that there can be great galleries in non-art hub places, which up until recently was never the thinking,” Castillo says of the recognition from the main fair, one of the oldest international events dedicated to contemporary and Modern art. “When I opened the gallery, there was not a person that thought it was a good idea. There were no businesses three blocks north or south of me. Everybody said, ‘If you open a gallery that’s that serious, you should be in New York or Los Angeles—but I’m from Miami, so it fell on deaf ears. It didn’t make sense to me that you couldn’t do something that was of an international calibre in your hometown.”

Before Castillo opened his first gallery, he was the first staff registrar at what was then known as the Miami Art Museum (now the Pérez Art Museum Miami, named after the collector and museum patron Jorge Pérez), so he has seen firsthand how the arrival of Art Basel in 2002 has helped shape the city’s art scene. “At that time, there was very little [cultural infrastructure] in Miami,” he says. “The Bass was something else. The ICA [Institute of Contemporary Art] didn’t exist. I think there were 60 works in the collection of the museum I was working in. It just was a completely different landscape.”

The international attention that Art Basel brought to the city at a crucial time helped push its museums and galleries to grow. And yet, only a handful of local galleries have shown in the Miami Beach fair over the years, among them Castillo, Diana Lowenstein, Spinello Projects and veteran dealer Fredric Snitzer, who sits on the selection committee.

Castillo was in Paris when he received the notice that he had been chosen to show in Basel, after stopping at the Venice Biennale to view the installation of works by the late Cuban printmaker Belkis Ayón, whose estate he represents, in Cecilia Alemani’s The Milk of Dreams exhibition. “I almost didn’t open [the email] on the sidewalk walking around in Paris, because I thought, ‘Oh, this could wait and maybe there’s a booth payment for a wall that we added or something [in Miami].’ That was my honest thought, it’s just like regular logistics,” Castillo says. “It was a delightful thing to receive. And then obviously, you get right back to work.”