Home News NFT Artists Are Not Selling ‘Digital Art Objects.’ They Are Selling a... 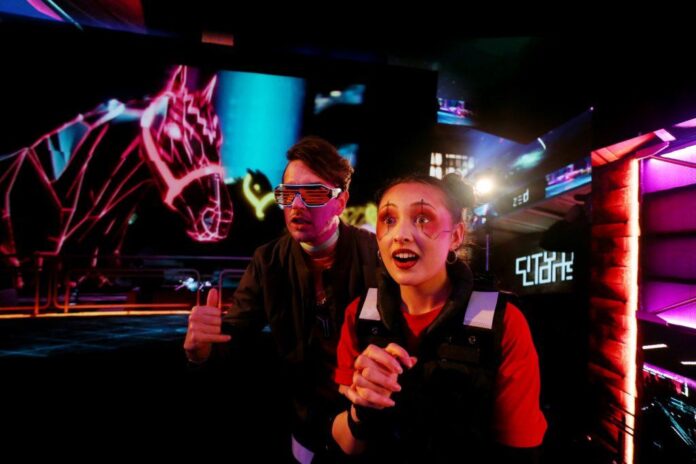 “It’s very clear to us in recent days that NFTs may not be the future right now,” joked one of the hosts of the Nifty Alpha Podcast recently. “Like, it’s the future, but just not today.”

Nifty Alpha Podcast is a jovial and pleasantly candid news source for NFT investors. Nifty Nick was doing a bit here, but he’s riffing on the larger truth: The NFT market is moribund. The overarching story of the moment is the bleeding of the major “blue-chip” NFT projects, with isolated spikes for this or that project that quickly fade away.

We are about a year and a half into the Great Mainstreaming of NFTs, and a few months into the first NFT winter.

Parts of the NFT universe are so obnoxious—the guys tweeting “HAVE FUN STAYING POOR” at skeptics; the influencers pumping up projects they are secretly invested in then cashing out; the endless supply of business hacks donning the mantle of digital art—that it is easy to have a lot of schadenfreude.

But I don’t really think NFTs are going away, actually. They are just mutating under the pressure. 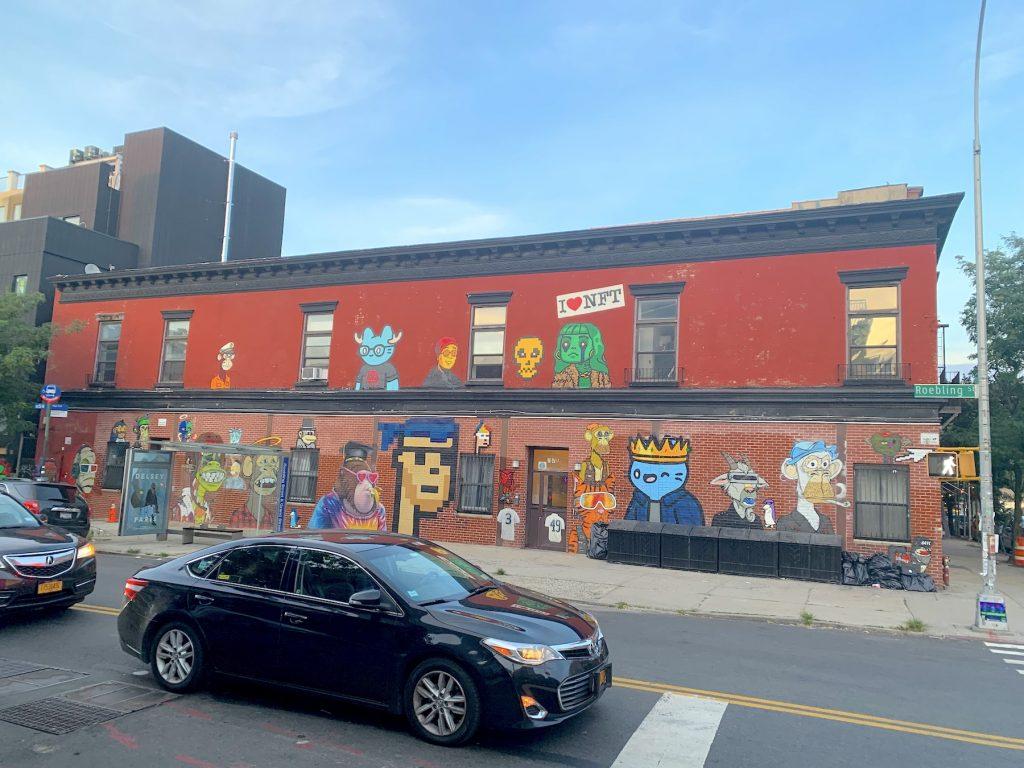 A hideous NFT-themed mural by Another Flex on the Wall in Williamsburg, Brooklyn. Photo by Ben Davis.

The truth is that anyone who seriously studies the art market would know that traditional art is mainly a bad investment. Almost all new art is worth zero; even most art that has its moment will be worth nothing a few years later. In only truly exceptional cases does art appreciate radically over time, and those increases are nearly impossible to predict.

The main reason to collect art is because… you actually like art, or want to support artists. To be fair, I heard NFT experts now saying similar things at the recent NFT.NYC conference, in the face of crashing prices. (Six months earlier, at the previous NFT.NYC, the line was “who wants to retire in three years?”) 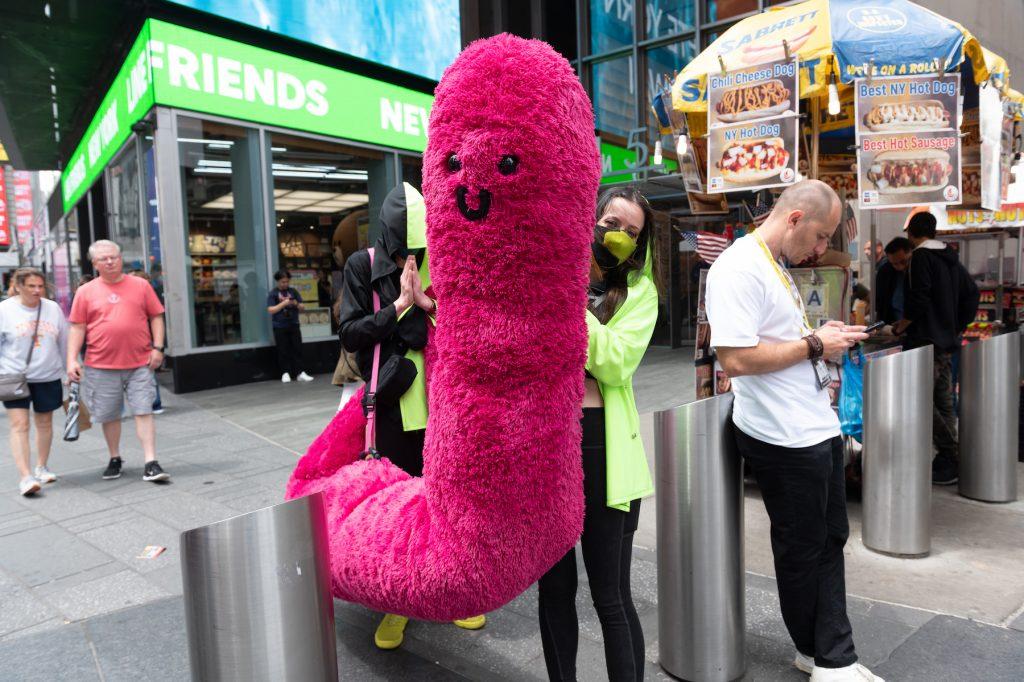 But it remains worth stressing: “democratizing” the financial opportunities of the art market mainly means democratizing the ability to lose money on hyper-speculative assets. As Bloomberg reported last year, “A very small group of highly sophisticated investors rake in most of the profits from NFT collecting”—just like in the traditional art market.

And yet… just because most of the claims for the money-making potential of NFTs for the average person turn out to be smoke and mirrors doesn’t mean NFTs will go away; there’s too much money to be made keeping that dream alive. Multi-level marketing outfits like Mary Kay and Herbalife also recruit people with huge promises of financial independence which turn out to be largely illusory. These operations have been criticized and sued and investigated as pyramid schemes—but new people sign up to become evangelists for their products every year.

Such schemes tend to flourish among sections of the population who feel cut off from economic opportunities: Mary Kay among housewives; Herbalife among immigrants; and crypto and NFTs among young men looking at stagnating real-economy opportunities.

The highly engaged audience of digital-art day traders really is something new, culturally, serving a mass audience of self-identified “degens” (from “degenerate gambler”) that has no parallel in the traditional art market. Most NFT projects are definitely bubbles, but the NFT art-and-collectibles trading ecosystem as a whole is something more like a new form of art-themed online gambling. It scratches the same itch as horse racing or sports betting, but for digital natives. 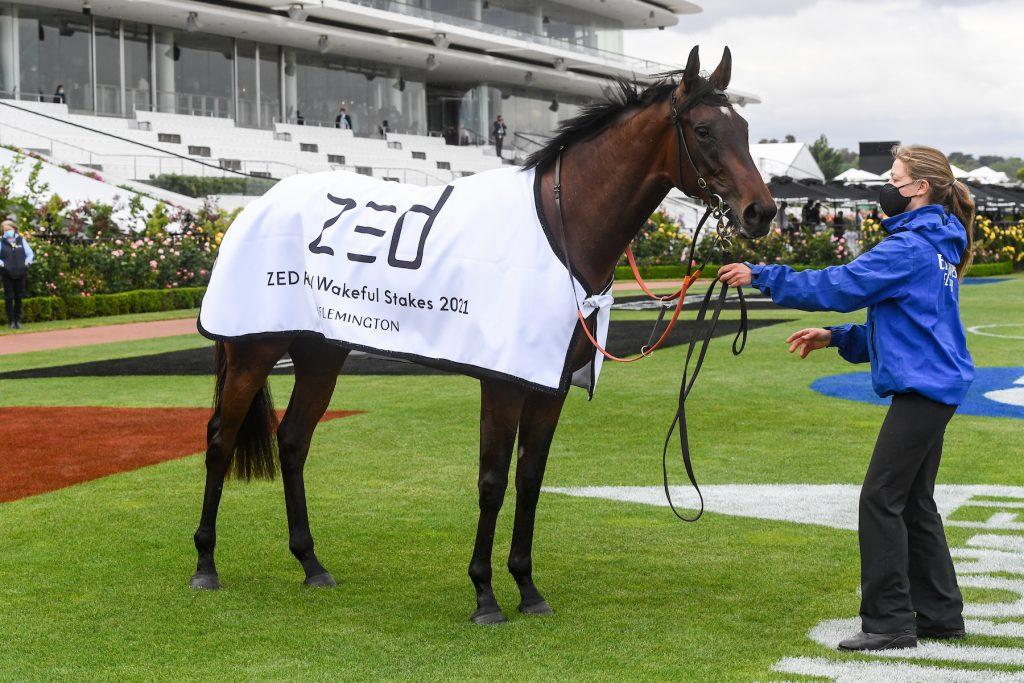 And gambling actually tends to thrive in economically uncertain times. In fact, the emerging field of “crypto addiction” is treated as a subset of gambling addiction.

There is, nevertheless, a slightly less cynical reason to think that the trade in NFTs will stick around, on the artist side rather than the collector side. The innovation does reflect a way for digital creativity to be sustained, one that has been proven to be potentially viable in the last year, beneath the froth. Society is increasingly centered on digital creativity.

Again, however, I think some of what this means is obscured by the ordinary breathless NFT sales pitch. The advocates of web3 sound for all the world like they are making the pitch from for a “new internet,” without any satire. You hear a lot about how NFTs will finally free culture from the baleful grip of Web 2.0—that is, from the influence of the big platforms that have snarfed up most of the profit of the attention economy, your Alphabets and your Metas. 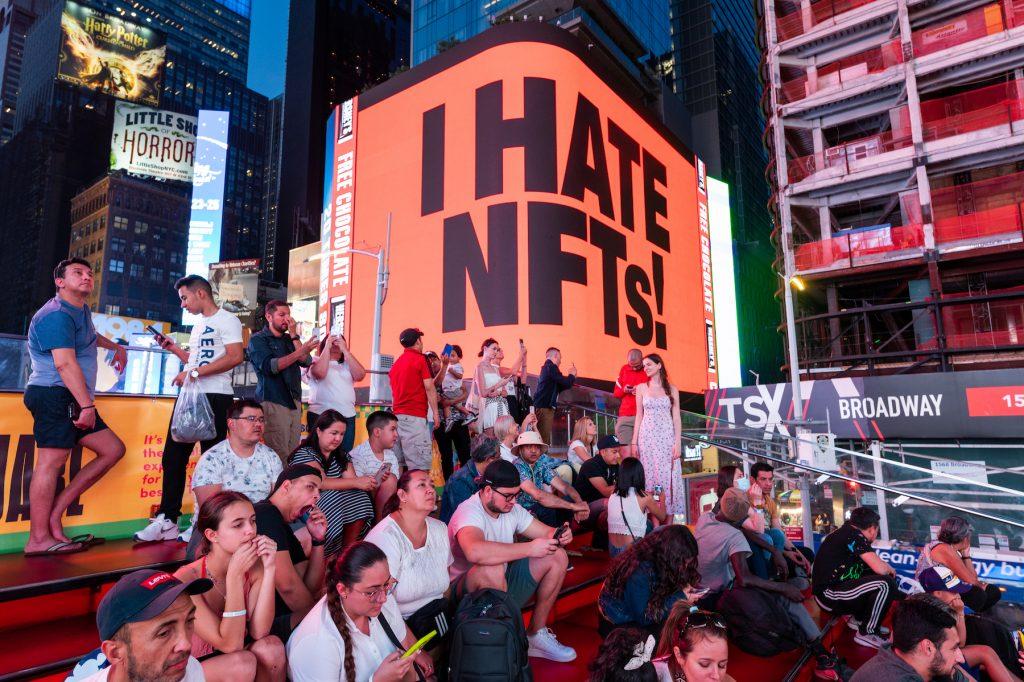 A billboard that reads, “I hate NFTs!” is seen behind people sitting on the red steps in Times Square during the 4th annual NFT.NYC conference on June 20, 2022 in New York City. (Photo by Noam Galai/Getty Images)

But as far as I can tell, success in the NFT space is very heavily based on the same viral dynamics and addiction to trending topics that have hollowed out the media in the Web 2.0 era. After a year and a half of seeing the NFT art world develop, what has become clear is that, even when a project catches fire, its medium-term value tends to follow the ordinary curve of viral fame and memes in general: There’s an initial intense pop of conversation as everyone tries to hop on a trend, which gets old quickly and rapidly becomes yesterday’s lunch.

Critics roll their eyes and talk about the absurdity of “buying jpgs.” But even this way of criticizing NFTs unintentionally embeds an unhelpful analogy. Collectors are buying a digital image (or, rather, a token pointing to a digital image) that functions like a discreet painting, as a “digital object.” The most engaged NFT audience is looking for , a hype cycle whose fluctuations they can bet on.

To me, it seems like this is where a lot of more traditional artists coming into the NFT space go wrong, thinking they will just “do an NFT” that will then be sold to an audience that will passively hold it. It doesn’t work that way; the people who are looking to put money into these things are looking for a constant narrative to keep the price up. Continuous engagement is required. 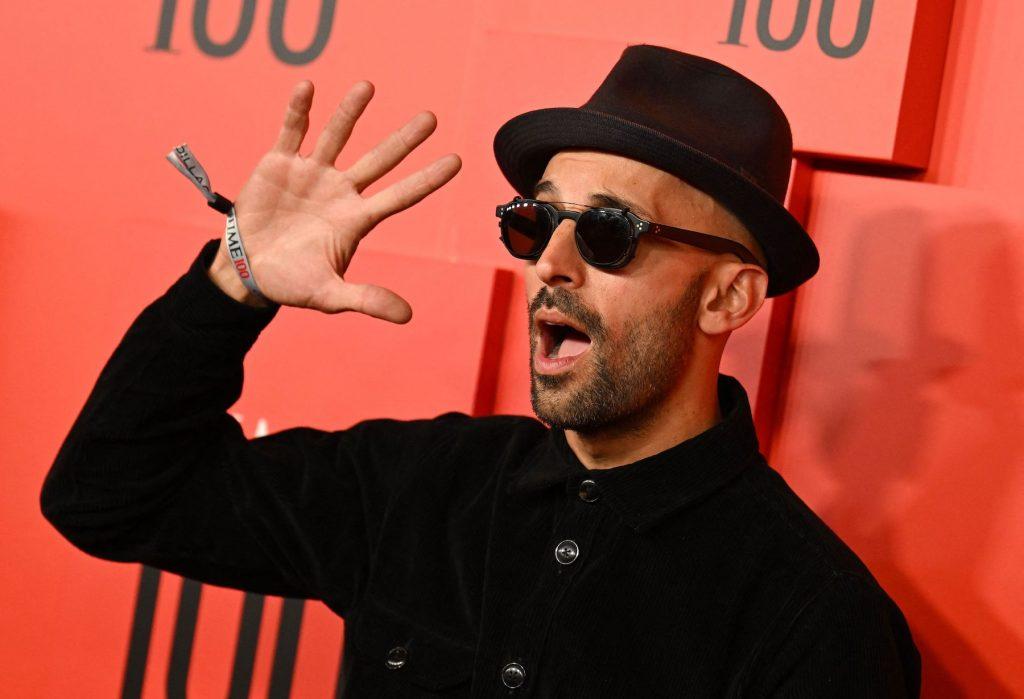 The artist JR got into NFTs last year, which attracted great enthusiasm. As one can see on Discord, his collectors have been apoplectic that he hasn’t abandoned his other art to shill his NFTs more, to pump the project. An angry former fan recently even created a mocking animated version of his famous, sunglassed face, where JR is made to assure his NFT holders, in a shrill cartoon voice, “Hey guys, I haven’t forgotten about you! I think about you all the time I’m flying around the world spending all your money!” Brutal.

JR is one of the most famous, well-connected, and media-savvy street artists in the world. If he can’t just sit back and let the NFTs circulate on their own, neither can any other artist who wants something like an ongoing practice in the space. 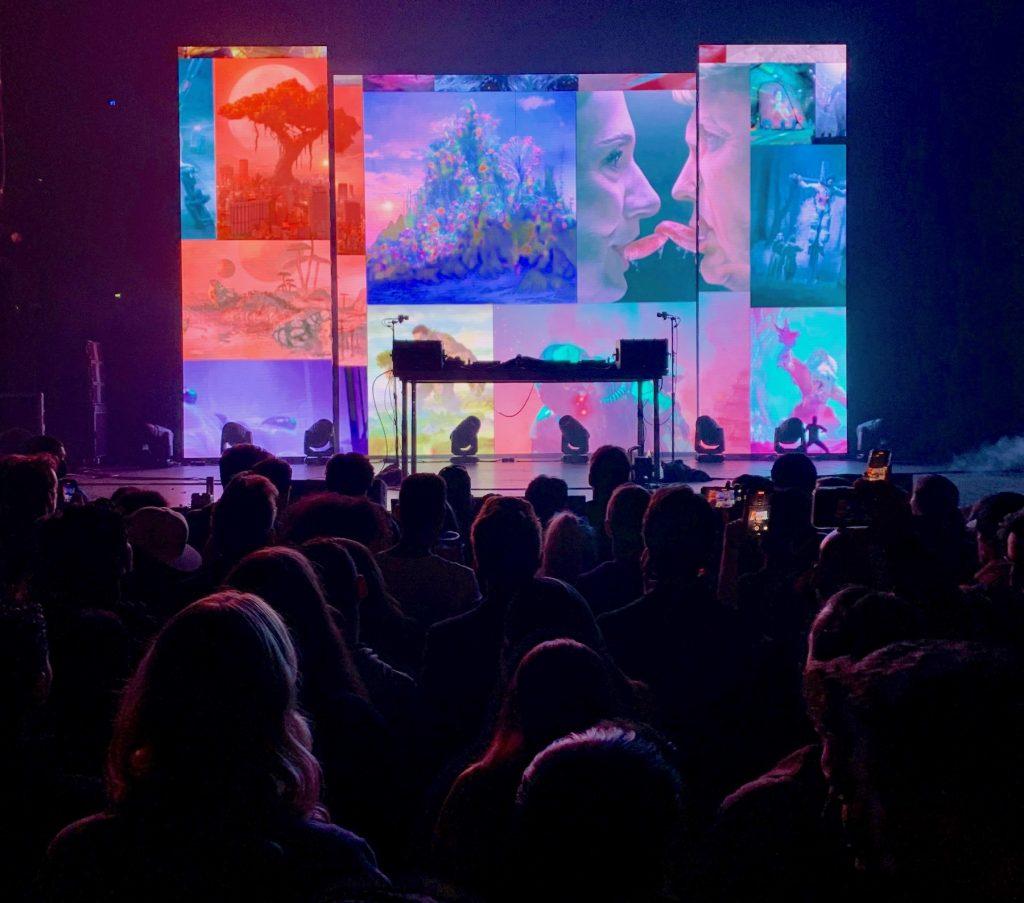 A film of Beeple’s is shown at Dreamverse. Photo by Ben Davis.

When it comes to “one-of-one” art—the NFT way of saying “unique” artistic images rather than batches of digital collectables like the Apes or Punks—it seems significant that the most famous artist in the space, Beeple, had his fame grow out of his “Everydays” project of posting a new artwork… every day.

Constant attention, constant new stories, is what is demanded to keep the ball of interest in the air, to guarantee a continuous drip-drip of interest. And so, the effect of the NFT-ization of art is an extension and intensification of demands on creative life in the age of social media and the tyranny of feeding the algorithm, a more wholesome, up-with-people alternative to it.

Sara Ludy, a successful digital artist based in New Mexico, recently spoke to my colleague Tim Schneider for the Art Angle podcast about the future of digital art. She spoke enthusiastically of the huge breakthrough NFTs represented for digital artists, being able to get money for previously unvalued work, as well as for artists like herself, based outside of geographic art capitals. These are real goods.

But this passage also stood out to me, and I think that every artist looking into NFTs should think about it:

I don’t think that NFT space is a healthy space because of what is required from artists to have to constantly be marketing and promoting yourself. You have to be plugged into Discord 24/7 and you are basically juggling several other aspects of what it means to be an artist, and it is exhausting. Personally, I am actually in a digital detox and reassessing what it means to have a healthy, sustainable digital practice. That spawned from burnout. I can barely open my computer screen right now and actually struggled with the last works of my show because I had burned out having to be online all the time.

NFTs may not look like the future right now. They look a lot more like the near past weighing on the present. I don’t know if I would bet on their ability to escape that.