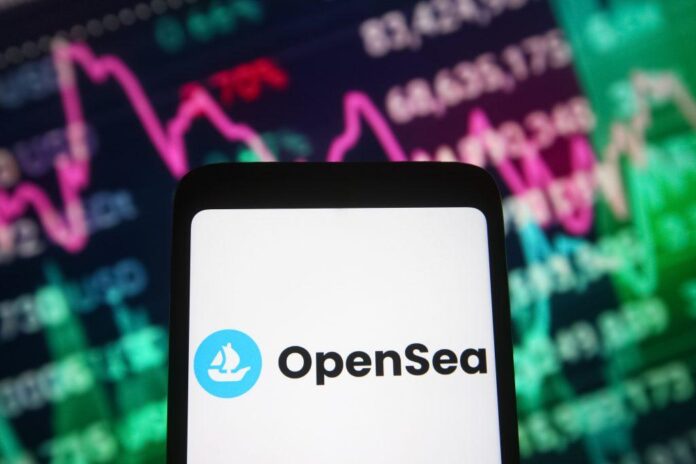 NFTs began with big promises: One of them was the financial liberation they would grant long-suffering artists. Creators, the argument went, would have access to buyers from around the world on marketplaces that charged minimal fees and facilitated sell-on royalties.

After Magic Eden made royalties optional for traders earlier this year, others including X2Y2, LooksRare, and Blur did the same. Attention duly turned to OpenSea, the largest NFT trading platform with more than 120 million monthly visitors. Would the platform, so instrumental in the early popularization of NFTs, stand by its artists or match its competitors?

The answer, which arrived via extended tweet on November 5, was inconclusive. Beginning on November 8, creators can add a snippet of code into new collections to enforce fees and blacklist marketplaces that don’t require traders to pay royalties. It’s been deemed a direct attack on the platform’s rivals, one with potentially problematic anti-competitive consequences. Yet, despite the firmness of this stance, OpenSea has yet to decide if it will compel its own traders to pay royalties on existing NFTs (December 8 is earmarked as a deadline for its decision).

7/ In transparency, the consideration set for what happens after Dec 8 is wide open – w/ options ranging from continuing to enforce off-chain fees for some subsets of collections to allowing optional creator fees to collaborating on other on-chain enforcement options for creators

“The business model used by the vast majority of creators in this industry is now subject to enforcement discretion of marketplaces rather than code,” OpenSea co-founder Devin Finzer wrote in a blog post. “Creators want the ability to enforce fees on-chain; and fundamentally, we believe that the choice should be theirs to make—it shouldn’t be a decision made for them by marketplaces.”

OpenSea has pledged to further bolster and develop tools allowing creators to include on-chain enforcement of royalties. This is a welcome development for creatives who have long relied on the platform to enforce its fees, which average between 5 and 10 percent.

Not all crypto artists and collectors, however, are welcoming the move, with some voicing concerns that OpenSea’s anti-competitive stance might limit the market for future collections, if not flout Web3’s decentralized ethos.

“This is arguably pretty cool for creators, although it relegates new NFT collections exclusively to OS (and any other marketplace that pays royalties to creators),” tweeted Bobby Hundreds, the creator behind Adam Bomb Squad. “Also, there is already feedback that blacklisting other marketplaces is anti-competitive and maybe even anti-Web3.”

Generative artist Dmitri Cherniak echoed, “It seems absolutely bonkers from a decentralization standpoint… to try to play God like this.”

For collections that have already been minted, however, things are less certain, with OpenSea only guaranteeing to continue its enforcement up to December 8. In what Finzer terms a “bitter pill,” the only way to achieve an on-chain creator fee for an existing collection is to shift it to a new smart contract, something that extremely difficult to engineer. This reality, in addition to OpenSea’s refusal to promise continued royalty enforcement, is why creators worry the platform will soon turn existing collections into zero royalties.

A research report from Galaxy Digital earlier in the year found that Ethereum NFT creators received nearly $2 billion in royalties from secondary sales, though more than a quarter of these were received by only 10 entities.