Home News An Ancient Tunnel Discovered Beneath an Egyptian Temple May Lead to Cleopatra’s... 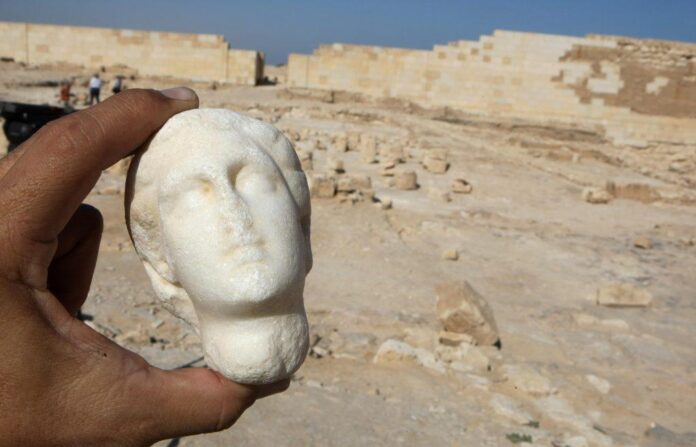 Archaeologists have discovered a rock-cut tunnel beneath Egypt’s ancient Taposiris Magna Temple—and it may lead to the lost tomb of Cleopatra, who was the last ruler of Ptolemaic Egypt from 51 to 30 B.C.E.

The Egyptian Ministry of Tourism and Antiquities announced the find last week, describing the 4,265-foot tunnel, located 43 feet underground, as a “geometric miracle.” It is similar to the Tunnel of Eupalinos on the Greek Island of Samos, considered one antiquity’s engineering marvels.

News of the discovery, made during an excavation project led by archaeologist Kathleen Martinez of the University of San Domingo, was reported by Ancient Origins.

Cleopatra famously died by suicide after her husband, the Roman general Mark Antony, also killed himself. The two are believed to have been buried together. 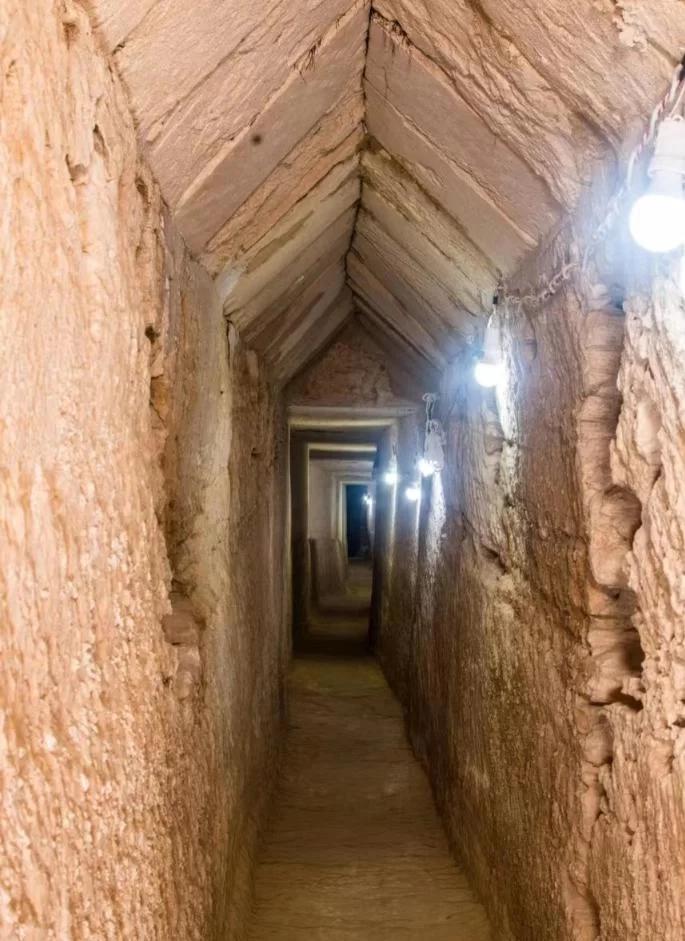 The Greco-Roman tunnel archaeologists discovered beneath Tapuziris Magna Temple near Alexandria could be a sign that the lost tomb of Cleopatra and Mark Antony lies nearby. Photo courtesy of the Egyptian Ministry of Tourism.

Martinez first came to Egypt in search of Cleopatra’s tomb some 20 years ago, convinced after more than a decade of research that Taposiris Magna, located on outskirts of Alexandria and dedicated to Osiris, the god of the dead, was a leading candidate for the queen’s burial spot.

After hundreds of ignored emails, Martinez managed to secure a meeting in Cairo with archaeologist Zahi Hawass, then the country’s minister of Egypt’s antiquities affairs.

She convinced him to give her two months to conduct excavations on the site. Work has been ongoing since 2004—but the new find is the most compelling evidence to date that Martinez is on the right track. 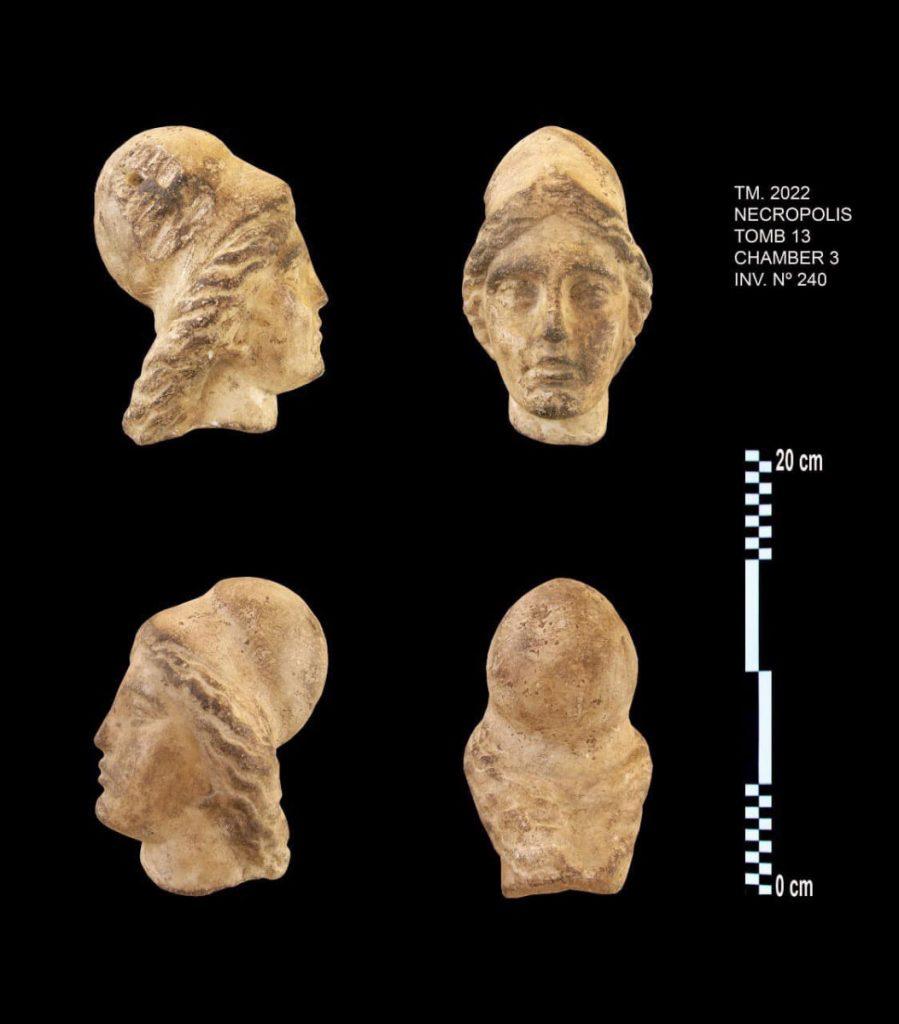 Archaeologists discovered this alabaster head at excavations beneath Tapuziris Magna Temple near Alexandria. Photo courtesy of the Egyptian Ministry of Tourism.

“This is the perfect place for the tomb of Cleopatra,” Martinez told the blog Heritage Key.  “If there’s a one percent chance that the last queen of Egypt could be buried there, it is my duty to search for her. If we discover the tomb… it will be the most important discovery of the 21st century. If we do not discover the tomb… we made major discoveries here, inside the temple and outside the temple.”

To date, the excavations have revealed mummies with golden tongues and a cemetery containing Greco-Roman-style mummies buried facing the temple, which supports Martinez’s theory that a royal tomb was built in the area. There was also a bust believed to depict Cleopatra and 22 coins depicting her visage. 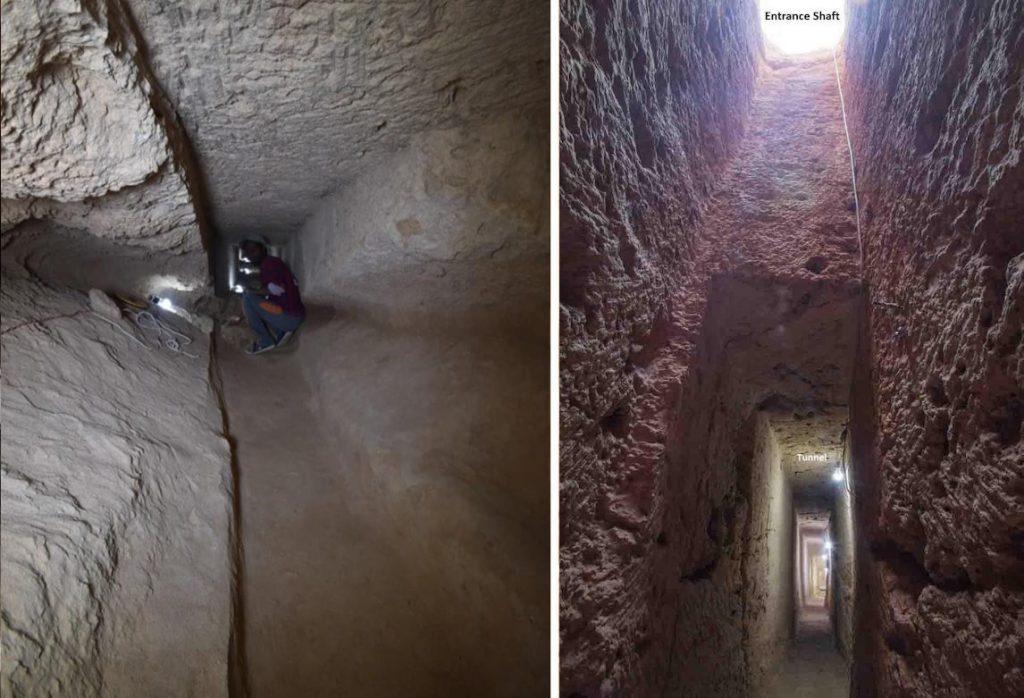 The Greco-Roman tunnel archaeologists discovered beneath Tapuziris Magna Temple near Alexandria could be a sign that the lost tomb of Cleopatra and Mark Antony lies nearby. Photo courtesy of the Egyptian Ministry of Tourism.

In addition to the tunnel, the latest find includes two Ptolemaic-era alabaster statues, one of which appears to be a sphinx, as well as ceramic vessels and pots. Part of the tunnel is underwater, perhaps due to ancient earthquakes that struck the region between 320 and 1303 C.E. Those natural disasters could have led to the collapse of the Taposiris Magna.

Egypt’s most famed archaeological discovery, of course, is King Tut’s tomb, unearthed 100 years ago last week by Howard Carter in the Valley of Kings outside the city of Luxor. 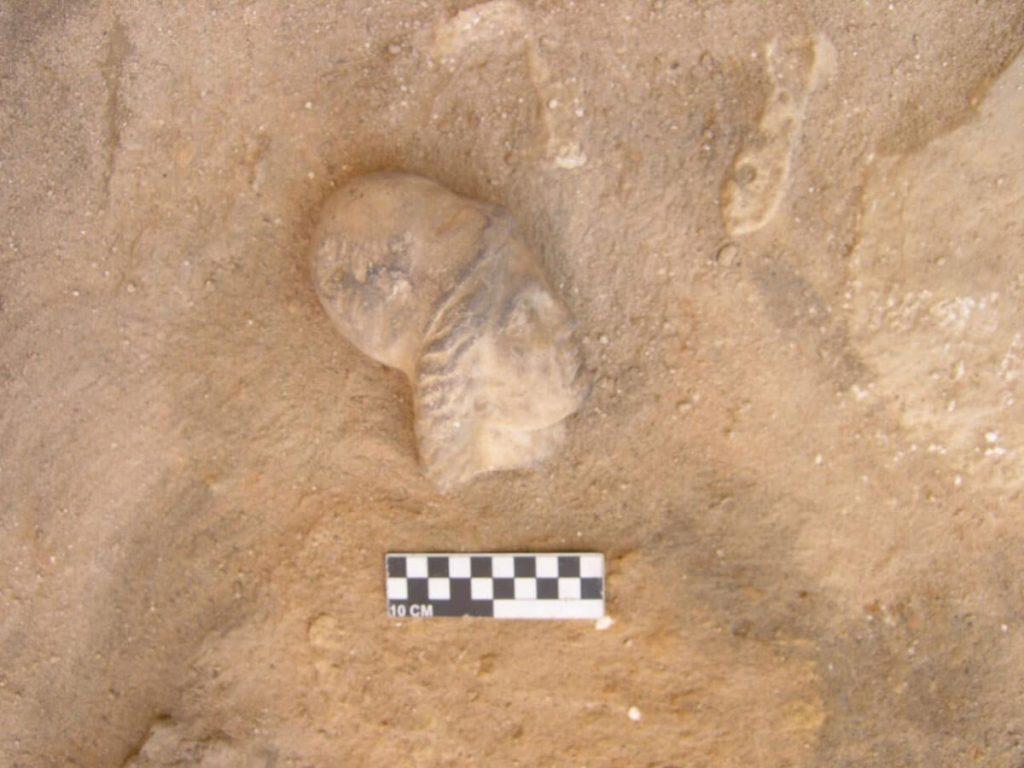 Archaeologists discovered this alabaster head at excavations beneath Tapuziris Magna Temple near Alexandria. Photo courtesy of the Egyptian Ministry of Tourism.

A century later, the site is still the subject of active study—and debate, with scholars and experts divided on the possibility that the burial chamber contains hidden rooms.

British Egyptologist Nicholas Reeves has been a longstanding proponent of the theory that it was originally built as the tomb of Nefertiti, the boy king’s stepmother. (Hawass has separately claimed that he is on the verge of announcing the discovery of Nefertiti’s resting place.)