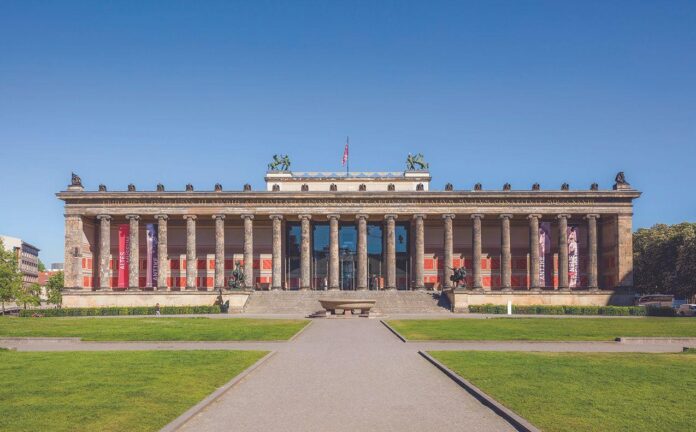 Last month, the board of trustees of the Prussian Cultural Heritage Foundation (Stiftung Preussischer Kulturbesitz, SPK) announced the long-awaited reform of Germany’s largest cultural institution, prompting the biggest shake-up in the foundation’s 66-year history. The SPK, which was established in 1957 to oversee Berlin’s public collections, encompasses five major institutions. Among them is the Staatliche Museen zu Berlin, comprising 15 collections housed at world-renowned museums such as the Pergamon Museum, the Alte Nationalgalerie, the Neues Museum, the Neue Nationalgalerie and the Bode Museum.

In 2018, in an attempt to improve how the SPK functions, the then-minister for culture, Monika Grütters, commissioned a panel of academic advisers to compile a top-down report. In July 2020 the science council’s conclusion was that the SPK’s “complicated and inefficient structures often prevent [any] potential for development” and suggested dissolving the foundation entirely.

Instead of eliminating the foundation, a separate reform commission consisting of representatives of the foundation, the federal government and the states was asked to propose how the SPK could be restructured. After two years, the commission produced its recommendations, which the SPK board of trustees approved in December.

Expectations of the reform commission were high, especially in relation to the foundation’s three main needs: more efficient bureaucracy, more staff and a bigger budget. The SPK only has 1,900 employees and an annual budget of €369m (in 2021), which is relatively small compared to similar bodies such as the Smithsonian Institution in Washington, DC, which has more than 6,000 employees and an annual budget exceeding €1bn.

However, among the commission’s recommendations, some issues, such as the financing, were postponed to a later stage. It was decided that the board of directors of the foundation will be reorganised as a collegiate body with a chairman responsible for the overall strategy. The board will consist of up to seven members, with only two of them representing the national museums in Berlin.

The SPK institutions will be given more authority, and their own budgets, handing them more autonomy. The programme budgets will be allocated to the museums by the board (they remain a minority on the governing body so it remains to be seen how much authority the museums will actually have).

If the latter were to be included under the umbrella of the SPK, an organisational merger will have to take place. The reform paper specifies that such a change should be implemented with the Humboldt Forum’s management.

The future composition of the board of trustees will be discussed further as well as the possible inclusion of international experts on the foundation board. Crucially any decision on funding issues has been postponed to summer 2023 when new proposals will be submitted to the board of trustees.

The current financing structure of the SPK is based on an agreement signed in 1997, which regulates how the federal and state governments provide the financing of the foundation. The publicly funded part of the operating budget is shared between the federal government and the federal states. Even though the financial contributions to the SPK budget differ, each member has equal voting rights on decisions about the SPK. The reform document discusses a simplification of the reporting and administrative procedures of the SPK.

While the minister for culture Claudia Roth welcomed the reforms as a “big, important step towards more autonomy”, the reaction of some of Germany’s national press was not so enthusiastic. Tagesspiegel reported that “the response to the reform paper… after two and a half years of debate is devastating”, adding that the new board will be structurally weak and a new foundation law will be required to change the financing.