Home News Paris vs London: which capital will win the hearts of art collectors? 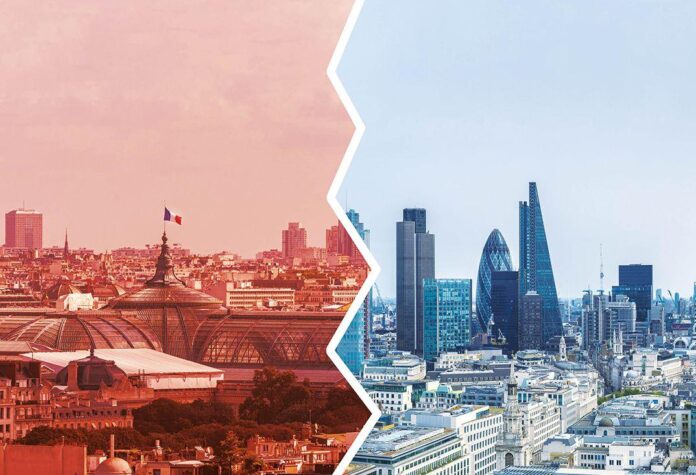 London versus Paris: a tale of two art hubs. We know how this historic rivalry has supposedly played out. London has the offshored billionaires and big-ticket auctions, Paris the artistic pedigree. London is the city for the latest cutting-edge contemporary art, Paris for classic contemporary. London is cool, Paris chic. And so on.

But a lot has happened in the past six years to shake up these suppositions. Britain’s 2016 vote to leave the European Union, ending free passage of goods between the UK and the world’s largest trading bloc, has damaged the London art market. Last year, the UK’s share of global auction sales declined to 13%, down from 18% in 2019, according to the latest Art Basel/UBS Art Market report. Equivalent auction sales in France in 2021 leapt from 6% to 9%.

Once London-based dealers were burdened with new Brexit-related tariffs, bureaucracy and shipping costs, Paris became the logical alternative for international galleries. David Zwirner, Skarstedt, Mariane Ibrahim, Galleria Continua, White Cube and Gagosian have all set up new branches in the French capital, and Hauser & Wirth opens there next year.

At least in the October fair season, London still has Frieze, Europe’s coolest contemporary art mall in a tent. But now Paris’s venerable, if less commercial, Foire Internationale d’Art Contemporain (Fiac) has been replaced (for the moment, also in a tent) by the eagerly awaited Paris+, organised by Art Basel, the world’s biggest and slickest art fair franchise.

Back in the 2010s there was a week-long hiatus between these prestigious London and Paris fairs, making it inconvenient for long-haul visitors to attend both events. Frieze London and Paris+ are being held consecutively. Equally importantly, the US dollar has reached its highest value for decades against both the pound and the euro.

“I’m going to both Frieze London and Paris+ because I will likely buy art for clients at both fairs,” says Wendy Cromwell, a New York-based art adviser. “The exchange rate makes it extra compelling for Americans.”

But, for Cromwell, Frieze, which is now majority owned by the California-based entertainment behemoth Endeavor, has lost the edge that made London in October a must-attend date for so many American collectors and advisers.

“Frieze has a strong brand but already last year it was clear that the energy had shifted from their original UK venue to Los Angeles—and now Seoul,” Cromwell says. “Paris+ isn’t going to be a huge fair, but it’s [Art] Basel, so the quality will be there, plus it’s the city of light, which is extra sparkly these days. Post-Brexit, Paris is the city.”

‘Paris is a trademark’

The opening of the Fondation Louis Vuitton and the Bourse de Commerce, two exceptional private museums founded by the mega-collectors Bernard Arnault and Francois Pinault respectively, has added an extra dimension to the Paris art scene. So, too, has the arrival of so many prestigious international dealerships in the city, according to Cécile Verdier, the president of Christie’s France.

“It has encouraged collectors to spend more time in Paris,” she says, which in turn has enhanced demand at the city’s auctions. In June, Christie’s live sale of the opulent Hubert de Givenchy collection of 20th-century art and 18th-century furnishings raised €114.4m, more than doubling the pre-sale low estimate. Twenty lots sold for more than €1m, many bought by Asian clients. “Asians like buying in Paris,” Verdier says. “Paris is a trademark in itself to them.”

Sotheby’s is moving next year into an expanded 3,500 sq. m Paris headquarters at 83 rue du Faubourg Saint-Honoré. The firm expects its sale this month of the opulent contents of the Hôtel Lambert, the home of Sheikh Hamad bin Abdullah Al Thani, to raise at least €50m. Bonhams has also expanded in Paris, having recently acquired the French auction house Cornette de Saint-Cyr.

“There is a special ecosystem here,” Verdier says. “There are a lot of smaller auction houses that give vitality to the Paris art scene.” Art market information specialist Artprice reports that Paris auction houses posted “exceptionally strong performances” in the first half of 2022, with sales at Artcurial up 42% and Aguttes up 154%.

But for all this cultural and commercial resurgence, Paris, for the moment at least, still lacks London’s strength-in-depth of highly regarded contemporary dealerships that recognise and nurture serious artistic talent. A branch of Gagosian or David Zwirner is one thing, but finding Parisian equivalents of Sadie Coles, Thomas Dane, Josh Lilley, Stuart Shave and Carlos Ishikawa is another.

“There’s a lot more activity and galleries to go to in London,” says the New York-based art adviser Candace Worth, who specialises in the “primary” market of new works bought directly from dealers. “Paris has never been as transactional for me. There’s a greater concentration of galleries I want to deal with in London.”

But has London’s contemporary art scene still got its gritty mojo now that the YBAs are now middle-aged, Frieze is owned by a US conglomerate and the onerous cost of attending the UK’s prestigious art schools deters gifted students from less affluent backgrounds?

“There’s always talent coming out of Britain,” Worth points out. “People are picking up British artists from the art schools.”

It remains to be seen how long this will continue, however. The new culture secretary in Britain’s latest Conservative government is Michelle Donelan, who in January, as universities minister, vowed to “stamp out” so-called “low-quality” courses that did not offer progression to well-paid graduate jobs. In 2018, research by the Institute of Fiscal Studies, funded by the British government, concluded that studying the creative arts appeared to result in “lower earnings at age 29 than not going to university at all”. State funding for art and design degrees in the UK was cut by 50% last year. The British government’s recent massive bailout of the UK’s energy companies will likely pile further pressure on arts education and the culture sector in general.

From culture to culture wars

The French government, by contrast, sees social and economic value in the creative arts. Last October, during the week of what proved to be the farewell Fiac art fair, President Emmanuel Macron invited 200 dealers and artists to a reception at the Élysée Palace to thank them for making Paris the “nerve centre of the art world”.

It is difficult to imagine Prime Minister Liz Truss hosting a similar event during Frieze week. Today, when Britain’s true-blue Conservatives think about culture, they think about the culture wars.

London and Paris are both great cities with extraordinarily rich art scenes. But is post-Brexit Britain, with its declining economy driven by a ruthlessly extractive form of neoliberal capitalism, which despises liberal values and the creativity they encourage, the sort of place that people who care about art want to visit?

“Times have changed. London has become a far-off city, bulwarked by marketed conservatives,” says André Gordts, a Belgian collector who used to have a flat in London and was a regular visitor to the Frieze fair. He is now based in Brussels.

“The incentive for entering this vampiric bastion is not very great,” he adds, noting he will be visiting Paris+, but not Frieze. Gordts does not think the balance of European art-world power has yet shifted to Paris, but he no longer wants to visit London. “I do not feel welcome in the UK, and it will take a hell of a time to overcome this feeling,” he says.