Home News Perrotin Will Open a Second Space in Seoul Ahead of Frieze’s Debut,... 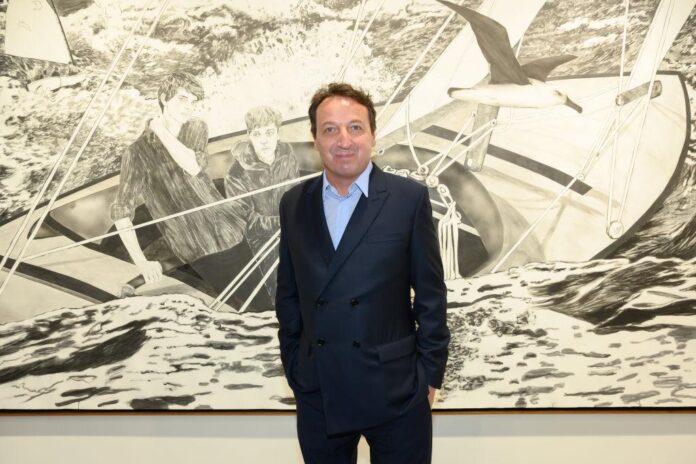 Perrotin will further expand its footprint in Seoul with a second space, adding to the art world’s fever surrounding the South Korean capital city and optimism about the Asian country’s market, ahead of September’s inaugural Frieze Seoul as well as its stalwart fair Kiaf Seoul.

The new 2,700 square-foot space located in the upscale Gangnam district is expected to open in September to coincide with the openings of Frieze Seoul, Kiaf Seoul, and the latter’s new satellite fair Kiaf Plus. Perrotin’s space will be inaugurated by a solo show of new oil on linen paintings by emerging Los Angeles-based artist Emma Webster.

The new space is the second Seoul outpost of the global gallery chain that was founded by French dealer Emmanuel Perrotin in Paris in 1990. Perrotin, who is also participating in Frieze Seoul, opened his first space in the Korean capital in 2016 in the Jongno district and was an early mover in this new chapter of Asia’s art market that has seen western galleries flocking to the new art hub. Perrotin was also an early part of this eastward trend with the launch of a Hong Kong space in 2012, followed by a Shanghai outpost in 2018.

The optimism about the strong local market in South Korea and the increasing visibility and buying power of Korean collectors has made its capital city a major attraction to the international art world, including galleries from across Asia as well. The market has been limited in the traditional art hub Hong Kong, which is still under Covid restrictions following Beijing’s zero-Covid policy—the metropolis faces political and economic uncertainties in the post-national security law era.

“Seoul is definitely the most vibrant and exciting market for now,” Alice Lung, a Seoul-based partner at Perrotin, told Artnet News. She added that the art market boom in South Korea also coincides with the rise of the country’s other cultural and creative industries, such as cinema, TV series, and K-pop.

“The biggest changes we see over the years is the demographic of collectors and the number of people collecting art,” she said. “Before people were very focused on the movement of artists but now, there is an explosion of young emerging artists from all facets of life in Korea, and the new buyers are very bullish about buying these new emerging talents.”

Many of these new collectors come from second generation of art collecting families, as well as IT professionals, celebrities, and entrepreneurs, noted Lung, a veteran in Asia’s art world. They are buying a variety of artworks by homegrown and international artists, including blue-chip names and emerging talents. “Art collecting is really becoming a national movement,” she said.

Perrotin’s announcement coincides with expansion plans of other western-rooted dealers, including Pace, which began to operate in Seoul in 2017 and will now be expanding its art complex in Le Beige Building in the Hannam-dong district following the gallery’s first move to the building in 2021. The expanded arts complex will feature an outdoor sculpture courtyard and tea house, and it will be inaugurated with solo shows by Adrian Ghenie and teamLab during the week of Frieze Seoul.

Lehmann Maupin, on the other hand, opened a new 2,600 square foot space in Hannam-dong in March with the Korea debut of the Los Angeles-based artist Lari Pittman. Other western galleries that have opened in Seoul in recent years include Thaddaeus Ropac, König, Peres Projects, and Gladstone Gallery.