Home News What the Colossal Failure of FTX Means for Art Basel’s Efforts to... 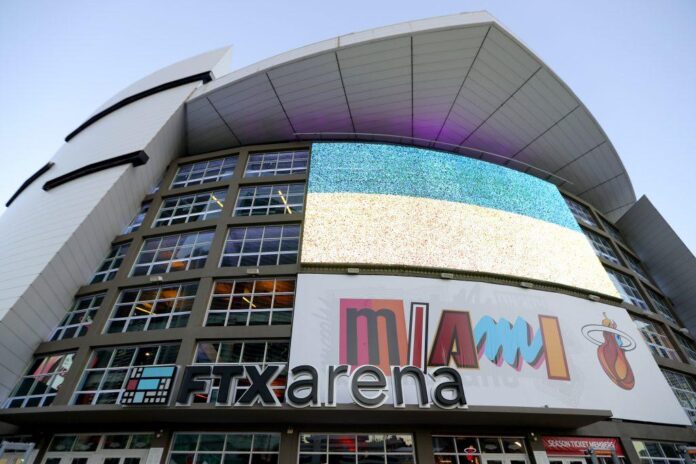 Every week, Artnet News brings you The Gray Market. The column decodes important stories from the previous week—and offers unparalleled insight into the inner workings of the art industry in the process.

This week, a case of unfortunate timing…

Most observers would say the timing could only be worse if it were the work of either an unconscionably melodramatic playwright or some kind of vindictive art-world shaman. A contrarian minority argues that it’s a blessing in disguise, if not the best thing that could ever happen for blockchain’s long-term success in a still-largely-skeptical art market.

No matter which of those two camps you break bread with in December 2022, Arcual’s emergence solidifies that the art trade has entered the “now or never” era of its yearslong flirtation with crypto—and perhaps reached an inflection point in its understanding of digital media’s transformative value to one of the oldest businesses in the world.

If my conversations with people inside and outside the crypto-art convergence zone are any indication, what exactly Arcual wants to do has been as murky in the past six weeks as how exactly the platform’s name is supposed to be pronounced. (It’s “ARK-wool,” by the way.) The answer is that Arcual isn’t about selling NFTs. Cryptocurrencies aren’t involved. It isn’t even a marketplace.

Instead, Arcual is a toolbox that hopes to fix a number of very old breakdowns in the process of buying, selling, archiving, and sharing artworks, no matter what materials those artworks are made of. The underlying technology is the blockchain—and more specifically smart contracts, packets of code programmed to automatically execute on a blockchain as soon as certain objective conditions are met. (I mapped out smart contracts’ upside and limitations in detail here.) The infrastructure allows participants to digitally document provenance, simplify title transfers, distribute resale royalties, and more in an ostensibly permanent and seamless way. (Arcual takes a five percent commission on all initial transactions and five to fifteen percent on resales.)

Aside from Arcual’s use of a private, purpose-built blockchain, none of this is new in principle. Startups such as Monegraph, Fairchain, and others began offering some or all of these services before rumors about Arcual started circulating late this summer. What new, however, is the institutional heft that Arcual brings to the table. An efficiency-seeking, blockchain-based platform for art transactions is one thing; an efficiency-seeking, blockchain-based platform for art transactions cofounded by arguably the most prestigious art-fair brand on the planet and the Luma Foundation, mega-philanthropist Maja Hoffman’s Zürich-based nonprofit, is entirely another. (The platform was developed in partnership with BCG Digital Ventures.)

Here is where the charred wreckage of FTX casts a shadow. Within four years of its founding, the Bahamas-based company became one of the world’s most prominent centralized exchanges for cryptocurrencies, with assets allegedly worth tens of billions of dollars. Its visibility came courtesy of hyper-aggressive marketing (see: bankrolling a now-infamous Super Bowl spot featuring Larry David, multi-page print ads in glossy magazines like , and the naming rights to the Miami Heat’s arena) as well as the shambolic boy-genius charm of its founder, now-30-year-old Sam Bankman-Fried. Then, less than a month before this column’s publication date, the company whipsawed from (allegedly) honest broker to company in crisis to bankrupt husk in a matter of days. As subsequent investigations turn up more and more dirt, it seems increasingly likely that SBF (as he’s known) will face charges carrying a lengthy prison sentence, and that FTX will earn the dishonor of being the most colossal fraud in the history of modern business—an outcome so dire that it threatens to unleash contagion onto what has already been a hugely discouraging year in the cryptocurrency, stablecoin, and NFT ecosystem.

True believers in blockchains have been quick to argue that FTX imploded because of one bad actor operating outside the regulatory bounds of the U.S., not because of the tech itself. In fact, they say, the core problem was that FTX junked the ethos of decentralization. The company’s business model centered on consolidating custodial services and assets on an easy-to-use platform that could onboard novice users at scale. In other words, centralizing crypto vastly improved its accessibility, bringing a niche technology closer than ever to the mainstream… but it also allowed FTX founder Sam Bankman-Fried to abuse the system in ways that crypto orthodoxy would never allow.

It would be illogical, if not paranoid, to be suspicious of Arcual just because FTX appears to have gone rogue at the worst time. The vast majority of centralized businesses never scam a soul. At the same time, Arcual’s status as a centralized platform has raised the eyebrows of several crypto purists on a “Do they know what they’re doing?” level. So too has the company’s pledge to “put artists at the center of the art ecosystem” (as phrased in its November soft-launch statement) while simultaneously emphasizing the continued involvement of galleries and the backing of Art Basel.

It can all seem a little incongruent on the surface. But a deeper, longer-term logic is at work to square the circle, according to Arcual CEO Bernadine Bröcker Wieder. 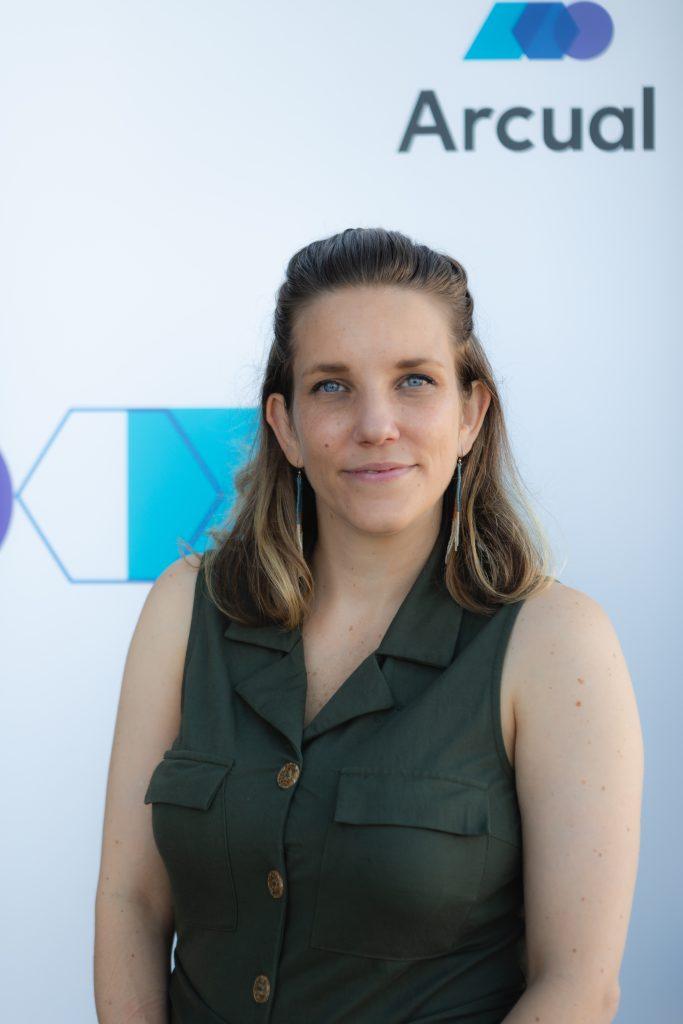 “We are a centralized platform with a decentralized infrastructure,” she told Artnet News in an interview on the opening morning of Art Basel Miami Beach. Ownership of Arcual is distributed between MCH Group (Art Basel’s parent company), James Murdoch’s Lupa Systems (the majority shareholder in MCH Group), and the Canton of Basel-Stadt. That means the venture’s shareholders include a public company required by law to make regular, detailed financial disclosures, and a Swiss municipality with its own rigorous checks and balances—both a far cry from an unsupervised, unregulated Bahamas-based cryptocurrency exchange.

Is use of the platform decentralized, though? “There is a demand for custodial services, so we are doing that for our people to start,” Bröcker Wieder said. For example, Arcual controls the seed phrases each client needs to regain access to their crypto wallets if they lose their private key. However, Arcual will also publish a white paper in the first quarter of 2023 with a roadmap explaining how it plans to gradually hand over more and more responsibility to its users as they become more and more acquainted with the technology. Think of it as decentralization by training wheels.

As for the primacy of artists, Bröcker Wieder’s message is that Arcual is artist-first precisely it is not artist-in-a-vacuum. Although crypto-art has long been pitched as an opportunity to eliminate galleries, auction houses, and other traditional middlemen, the offer has generally been a poisoned chalice. Yes, galleries charge a sizable sales commission. But that is because the work of curating, creating context, and market-making turns out to be expensive and valuable.

“The NFT space has not been beneficial for most artists themselves,” Bröcker Wieder said. “In the absence of galleries, the [NFT] platforms stepped into that role and set out to profit as much as possible. It’s no surprise that some eventually started trying to cut out resale royalties entirely.”

Arcual, in contrast, has been designed to align the incentives of artists, galleries, and collectors. “We call it an ecosystem because you need different parties involved,” Bröcker Wieder said. Yet artists’ sign-off is necessary before any transaction can take place. The company is also in direct contact with multiple collecting societies and artists’ rights organizations around the world, including DACS in the U.K., to further protect artists’ interests.

Arcual will remain accessible only to galleries already within the Art Basel network until January 1, 2023. Bröcker Wieder said that the goal is to have more than 100 galleries transacting on Arcual by the end of next year. 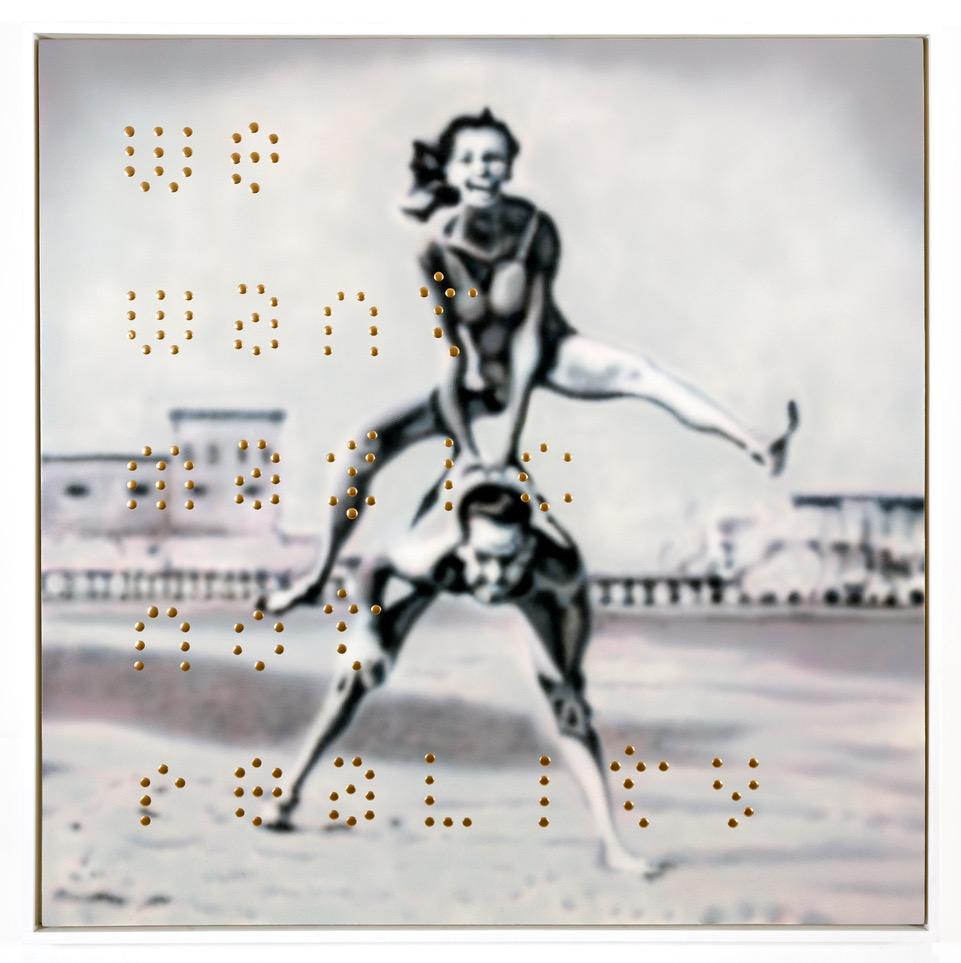 The company’s next phase kicked off with an invitation-only brunch event at the Moxy Hotel in South Beach Thursday morning. There, Bröcker Wieder, incoming Art Basel CEO Noah Horowitz, and Maja Hoffman of the Luma Foundation oversaw the first sale of an artwork on the Arcual blockchain: a blurred canvas by Cuban-born artist Raúl Cordero, titled (2020), from Mai36 Galerie in Zürich. The work was acquired by none other than Arcual itself. A spokesperson said the shareholders consider the work “an important part of their company history” and “are very happy to own it as such.”

It’s a fine choice if taken at face value. Companies believe in their own mission and their own products with an evangelist’s fervor. But a skeptic might also wonder whether Arcual was backed into the decision by soft demand or a steeper-than-expected learning curve among potential outside buyers. It seems almost certain that the interest level would have been higher had the launch happened in December 2021, when Bitcoin was trading at more than $57,000 instead of barely over $17,000, and FTX was still the toast of the crypto sphere.

Either way, however, the collectors, galleries, and artists that get involved with Arcual in the midst of crypto’s latest bear market are much likelier to do so out of a genuine conviction that the technology can lead to a better, more sustainable future. It will be the job of the company and its high-powered, well-resourced shareholders to convince the art trade at large that (to borrow a meme from the blockchain believers) now is the time to build—not despite, but because, one of the biggest names in crypto was just destroyed.