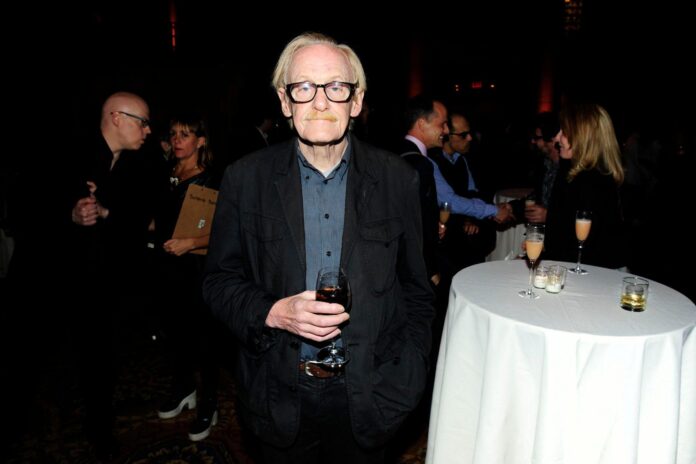 Peter Schjeldahl, the New Yorker staff art critic whose distinct, poetic voice has been a reliable guiding light in the New York art world for decades, has died at age 80. He died on Friday (21 October) at his home in Bovina, a small town in upstate New York. The death was confirmed by his wife, Brooke Alderson as well as by the New Yorker. Schjeldahl died of lung cancer, which he had been diagnosed with in 2019.

“[Our daughter] Ada was present when my oncologist, at Memorial Sloan Kettering, gave me six months or so to live. Ada asked me what I wanted to do. Revisit Rome? Paris?” Schjeldahl wrote in a 2019 essay published in The New Yorker. “I would forget that I said, ‘Nah. Maybe a ballgame.’ She arranged it, with family and friends: Mets versus Braves, at Citi Field. Glorious. Grandson Oliver caught a T-shirt from the mid-game T-shirt cannon. Odds of that: several thousand to one.”

Schjeldahl was born on March 20, 1942, in Fargo, North Dakota, and raised in small towns in both North Dakota and Minnesota. He attended Carleton College in Northfield, Minnesota but dropped out after his sophomore year, at which point he sent letters to a number of small papers hoping to find a writing job somewhere that could anchor him adjacent to a big city. The only one that wrote back was The Jersey Journal, a daily based out of Jersey City, New Jersey. They offered him a job, and he immersed himself in New York’s poetry community in his off hours, attending Kenneth Koch’s writing workshop at the New School. He then returned to Carleton College only to drop out again in 1964, though not before he and a classmate founded a poetry magazine titled Mother, which showcased the New York School poets with whom Schjeldahl was newly familiar.

His writing life really began with poetry, and the sensibilities of a poet never left his work. “I thought it was normal for poets to write art criticism,” he told Interview in 2014. “So I started doing that, and people liked what I did.” On the news of Schjeldahl’s death, David Remnick, the New Yorker’s editor-in-chief, wrote that “​​a voice is what he always had: distinct, clear, funny. A poet’s voice—epigrammatic, nothing wasted.” He added, “Peter was a man of well-developed opinions, on art and much else. He was someone who, after being lost for a time, knew some things about survival.”

Schjeldahl’s criticism was marked by a devotion to finding truth and humanity in art, never succumbing to trending terms or what might be called “artspeak”, the critic instead prized the personal, using his charm and humour to bring big ideas down to a human scale. He discovered questions in the work rather than pretending to have all the answers, and in lieu of making grand proclamations about what art means, he wrote instead of his encounters with it, allowing the meaning-making to blossom from there. Writer Jarrett Earnest, in the introduction to Schjeldahl’s collection of art writing Hot, Cold, Heavy Light (2019), wrote that the critic “attends closely to the often contradictory ideas, emotions and associations that arise when we look at art, thereby clearing away any pre-existing opinions, and stays responsive to the specificity of each encounter.”

After leaving college, Schjeldahl spent what he described as “an impoverished and largely useless year” in Paris, though somewhere among this wasteful year he discovered a love for art, and when he returned to the US in 1965 he convinced Art News to give him a short-lived job as a staff critic. He was then given a job at the Village Voice—a publication whose staff he would leave and return to a total of three times, with the shortest stint lasting only a few weeks and the longest lasting from 1991 to 1998. Eventually his art criticism usurped his poetry for any number of reasons, not the least of which was that “art parties were immeasurably more fun than poetry parties”, as he put it. (At one point a heavy partier, Schjeldahl became sober over 30 years ago.) In 1995 he was awarded a Guggenheim Fellowship to write a memoir, though he opted instead to use the money to buy a tractor. In 1998, he took a job as staff critic for The New Yorker, a role he maintained until his death. New writing of his appeared in the magazine as recently as this month.

“Why does the art of what we term the Old Masters have so much more soulful heft than that of most moderns and nearly all of our contemporaries?” Schjeldahl wrote in an April 2020 essay for the New Yorker, that linked the Covid-19 pandemic to the work of the Old Masters. “I think the reason is a routine consciousness of mortality.” In the essay, he wrote that, “This sort of reevaluation can happen when events disrupt your life’s habitual ways and means. You may be taken not only out of yourself—the boon of successful work in every art form, when you’re in the mood for it—but out of your time, relocated to a particular past that seems to dispel, in a flash of undeniable reality, everything that you thought you knew. It’s not like going back to anything. It’s like finding yourself anticipated as an incidental upshot of fully realised, unchanging truths.”