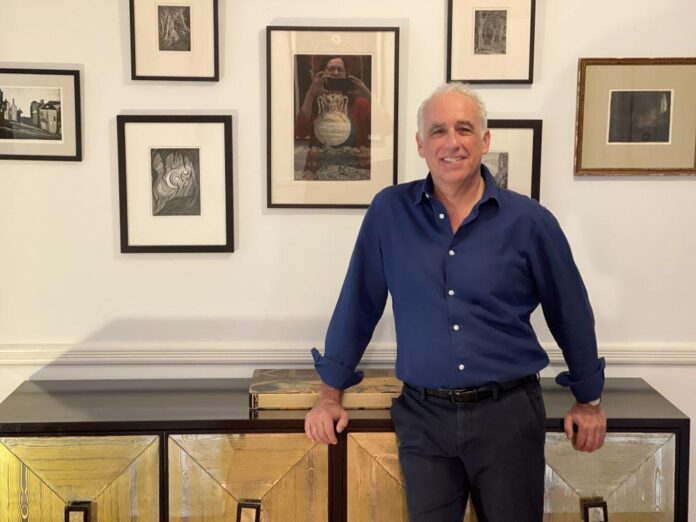 Norman’s focus on Impressionist and modern art sets him apart. “What I enjoy the most is working with people, representing them and negotiating their way through the auction process,” said Norman, 61. “You wouldn’t sign a contract without your lawyer looking it over. So, when you are selling six-seven-eight-nine-figure collections, a collector does need help evaluating it.”

When he began his career at Sotheby’s in 1985, Norman wasn’t a fan of art advisors; he thought they got in the way. But over the years, he’s come to appreciate their role.

“The deals have gotten so much more complex than when I started,” he said. “There are so many decisions in the course of making consignments, whether to take a guarantee or maximize the hammer price.”

This is Norman’s second stint in an advisory role. After leaving Sotheby’s in 2016, he ran his own business for three years. His very first deal was acquiring a Paul Signac for the Van Gogh Museum in Amsterdam.

But he missed the collaborative environment of working with colleagues. In the spring of 2019 he joined Phillips, which had been on a hiring spree under former CEO Edward Dolman.

“My mandate was to both broaden the range of works in the sales and the client base so I was able to bring in both first-time sellers and buyers/bidders to Phillips,” Norman said.

As Phillips, which has a reputation for selling young art, began building out its late 19th and early 20th century offerings, Norman helped procure paintings by Picasso, Bonnard, Picabia, Kandinsky, and others.

Stephen Brooks, Phillips’s new CEO, thanked Norman “for an exceptional few years” during which he made “a significant impact on our market position within the modern and postwar categories.”

Norman’s final auction was the evening sale of contemporary and 20th century art in May, which became the largest in Phillips’s history. In a fitting bookend, his last major consignment was the first Warhol of his career, a 1981 portrait of Greta Garbo, The Star.

“I’ve known the sellers for decades,” he said. He got the painting non-competitively. “We tried to elevate her into the world of Marilyn and Jackie,” Norman said, in part by assigning an unprecedented estimate of $7 million to $10 million. It fetched $9.6 million.

Plus, the High Line Plinth commission is announced, and Julien Creuzet wins the Etant donnés Prize.