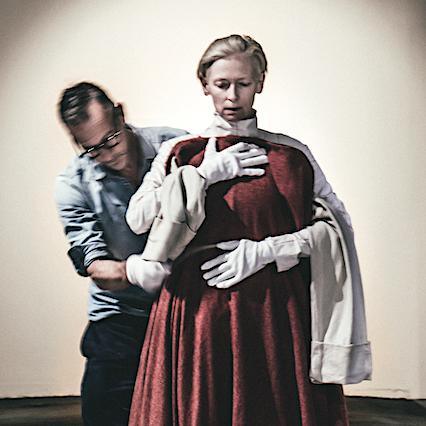 Tilda Swinton and Olivier Saillard have collaborated once more. This time the artistic partners bring the mythical costumes—designed by Danilo Donati—in a range of Pier Paolo Pasolini films to life in Embodying Pasolini, staged December 3–10 as part of the Festival d’Automne arts festival at the Sozzani Foundation in Paris.

There have been numerous reappraisals of Pasolini this year, which marks the centenary of his birth, including a new expanded edition from his biographer René de Ceccatty, numerous rereleases of his films, and retrospectives of his cinematic works highlighting the contemporaneity of his films, writing, and thought.

Embodying Pasolini is the fourth collaboration between the British actress and the fashion historian, who began working on their unique brand of fashion performance structures in 2012 when Saillard was the director of the Musée de la Mode at the Palais Galliera. Their first piece was The Impossible Wardrobe, which saw Swinton activate garments from the museum’s archives. 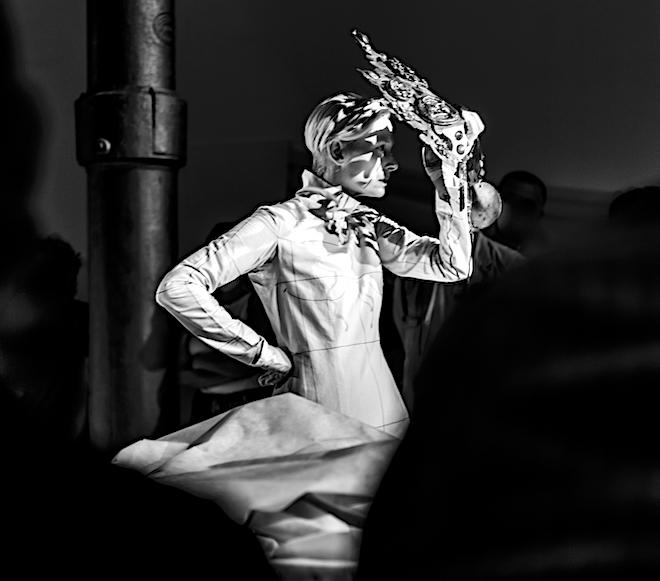 They premiered their new performance at the Mattatoio in Testaccio, Rome, last summer. It allows them to drop the veil of fashion to tackle costume for the first time, highlighting the extraordinary archive of Cinecittà. Danilo Donati (1926–2001) was a renowned costume and production designer, known also for his work with Federico Fellini. For Pasolini, he designed the sartorial universe for the filmmaker’s best-known cinematic works, including (1964),  (1967), Medea (1969), The Thousand and One Nights (1974), and (1975).

Swinton and Saillard reawaken these sleeping costumes from their archival slumber, breathing new life into them, examining the raw finishes, the linings, the hems, and the delicate hand-dyeing that Donati executed himself in his Arte Povera-style approach to garment-making.

If the concept of ‘costume’ is not the first thing that comes to mind when you think about Pasolini’s films, it is a testament to the delicacy of the hand of Donati and the Atelier Farani that produced them, and the close bond they shared with the filmmaker that allowed him to execute his raw visions without the garments ‘breaking character.’

In Embodying Pasolini, the access granted to Swinton and Saillard to explore these storied costumes firsthand, trying them on in public, allows us to see them as if for the first time, and to re-assess anew the protean works of Pasolini.