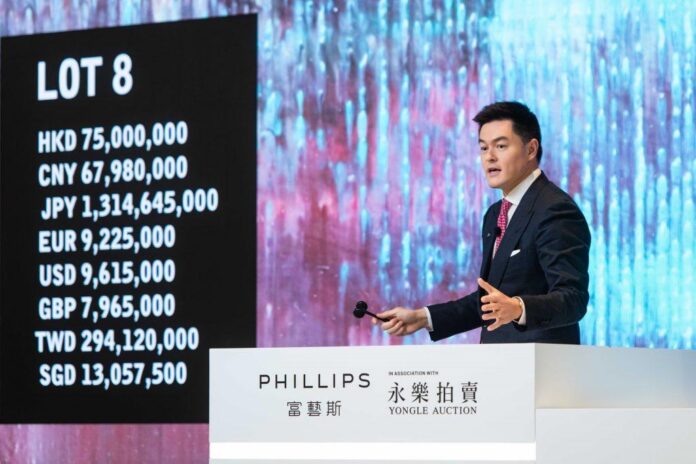 The first evening sale of 20th-century and contemporary art held on Thursday as part of a new partnership between Phillips and Beijing auction house Yongle achieved a total of HK$262 million ($33.6 million, including fees). The auction was led by the sales of an abstract work by Gerhard Richter, followed by Asia’s favorites Yoshitomo Nara and Yayoi Kusama.

The sales total at hammer price was more than HK$213 million ($27.4 million), exceeding the lower end of its presale expectation of HK$193.5 million ($24.9 million), but falling short of the higher end at HK$288 million ($40 million; presale estimates do not include fees, sale prices do, unless otherwise stated). Half of the top 10 lots sold for under their presale estimates, while three just met the lower end of their presale expectations. That being said, four artist records were set at the sale. 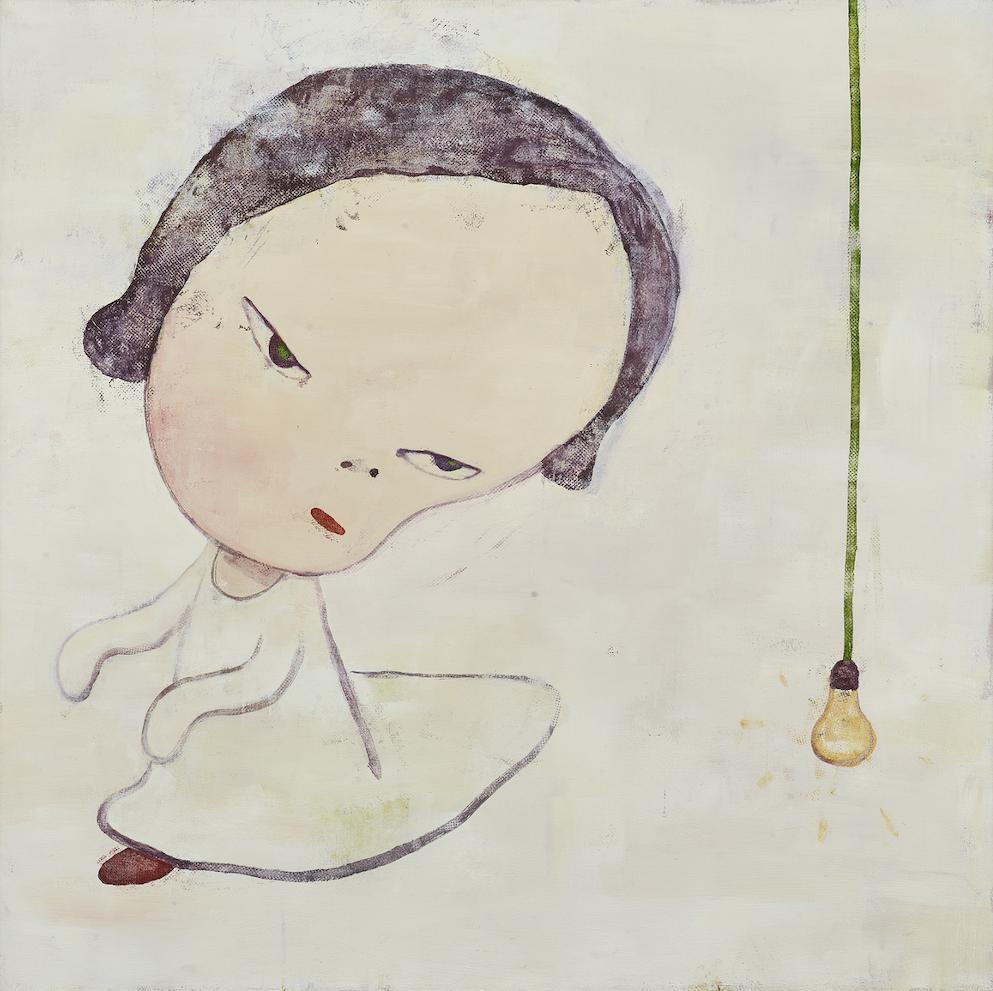 But compared to Christie’s Hong Kong evening sales held on Wednesday, Phillips achieved a higher sell-through rate of 97 percent of the 33 lots offered and 99 percent sold by value (excluding the two lots withdrawn). Six lots had guarantees, with one in-house and the rest guaranteed by third parties. The house said 95 percent of the lots were appearing at auction for the first time.

Phillips’s partnership with Yongle, which follows its successful collaboration with Poly Auction, is the London-headquartered auctioneer’s latest move to grow its market presence in mainland China, despite the country’s economic and socio-political uncertainties under the ongoing zero-Covid policies. But how much of this was achieved during Thursday’s sale remains to be seen as most of the bids came from phone bidders represented by Phillips’s staff, rather than representatives of Yongle. Biddings were slow for many lots as buyers seemed to be taking a long time to think whether they wanted to place the next bid. Overall, the evening saw online biddings from Japan, Malaysia, Hong Kong, and Liechtenstein.

The evening’s top lot was Richter’s (1992), which was fresh to the secondary market. The work hammered down at HK$75 million ($9.6 million)—below the lower end of its fees-free presale estimate of HK$80 million ($10.3 million)—selling for HK$89.4 million ($11.5 million) with fees. This was followed by Nara’s 1994 painting , also fresh to the market. It achieved a hammer price of HK$15.5 million, also not meeting the lower end of presale expectations of HK$16 million ($2 million). With fees, the picture sold for HK$19 million ($2.4 million) to an absentee bidder. 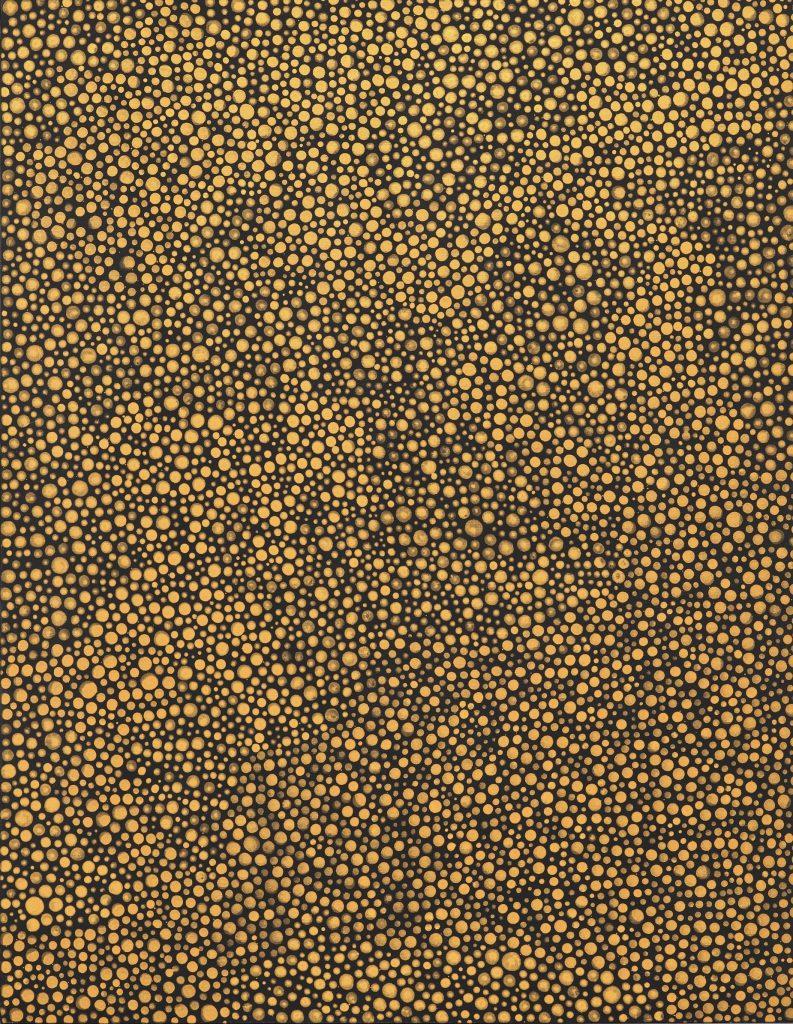 (2021) by Loie Hollowell, one of the favorite western contemporary names at Hong Kong auctions in recent years, hit the auction block just about a year after the piece was exhibited at König Galerie in Berlin. The region’s passion for Hollowell was apparent when a phone bidder suddenly raised the increment from HK$3.2 million to HK$7 million. It hammered down at HK$10 million ($1.3 million), selling for HK$12.4 million ($1.6 million) with fees, which was nearly double the higher end of its presale estimate of HK$6 million ($769,000). It is now the fourth priciest work by Hollowell to be sold at auctions (her top three records were all set at Hong Kong sales). 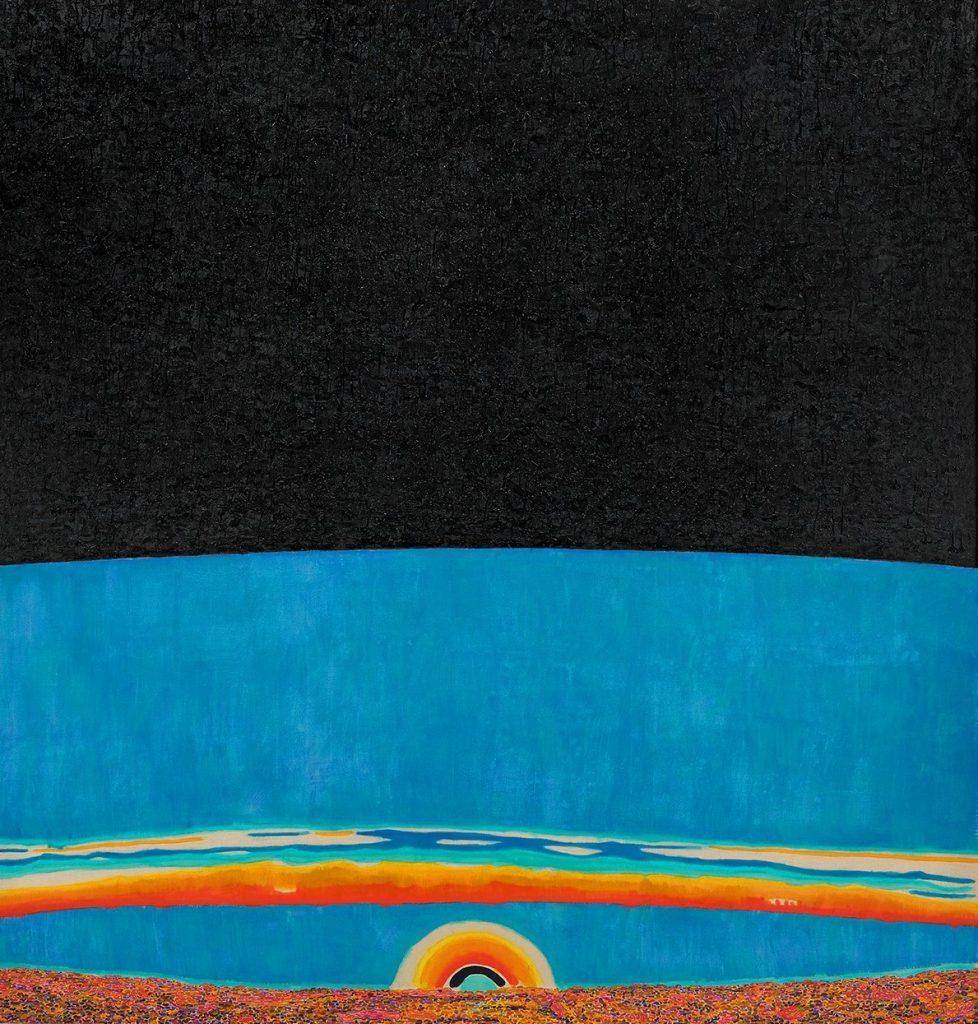 Other notable sales include an untitled 84-inch-tall sculpture by Japanese artist Izumi Kato, who currently has his first U.K. solo at Stephen Friedman Gallery in London. The work sold for HK$4.4 million ($566,223), well above the higher end of its HK$2.5 million ($321,000) presale estimate. It is the artist’s biggest and priciest sculpture sold at auction.