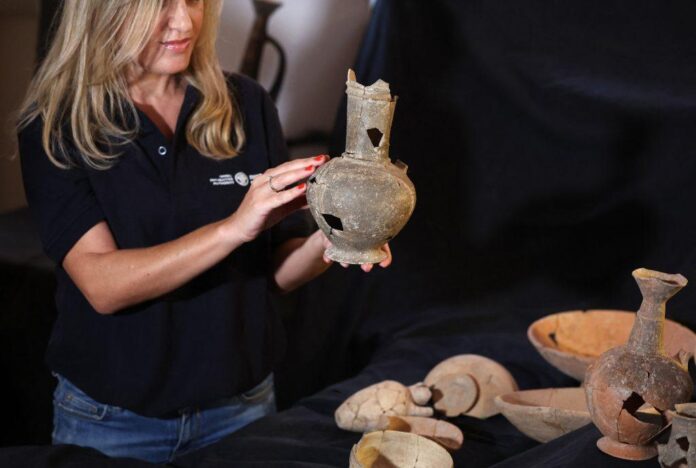 Bronze Age humans living in the Levant may have been the first people to get high on psychoactive drugs, according to a new study that found traces of opium in 3,500-year-old ceramic vessels from Tel Yehud, a Canaanite necropolis in Israel.

“This is the first empirical physical evidence of the use of opium in the Levant in the Late Bronze Age,” Vanessa Linares, the project’s lead archaeologist and a fellow at the Ludwig Maximilian University of Munich, told the . “This is the first identifiable without-a-shadow-of-a-doubt opium use in the Levant—and I would say even in the Old World.”

Linares, who specializes in identifying the sources of organic matter left on ancient pottery, ran tests on 22 pieces just after they were excavated during a 2017 dig at the Tel Yehud tombs.

“It’s a bit like forensics work, when there is a crime scene and the police call experts in to examine the site before it is contaminated, that’s what we do,” she told . 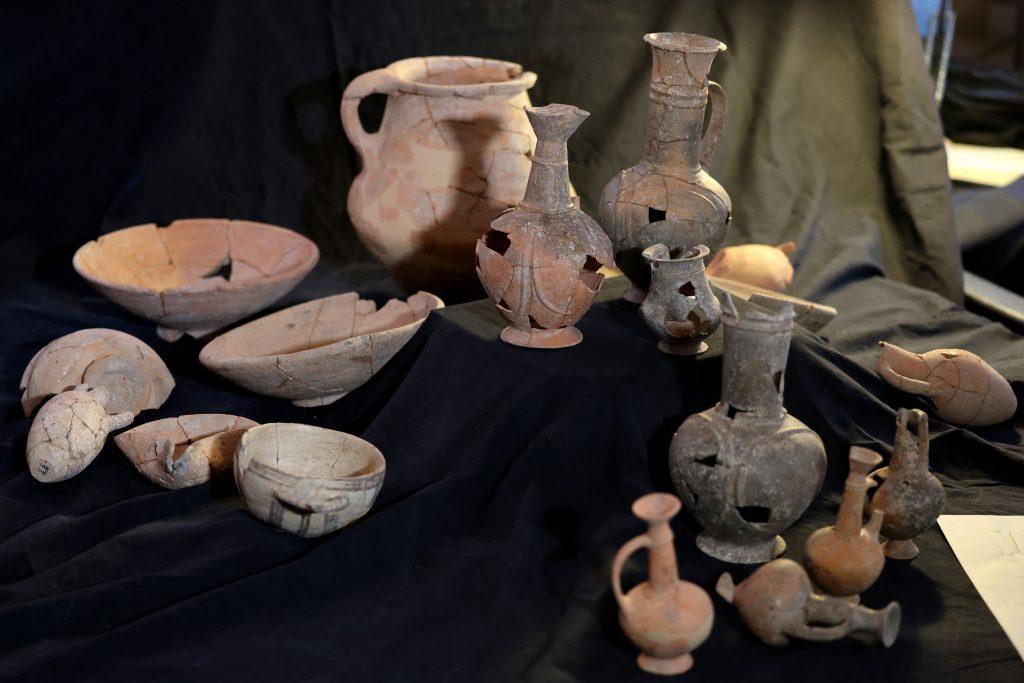 Vessels that are believed to have contained opium some 3,300 years ago, found at the Tel Yehud burial site. Photo by Ahmad Gharabli/AFP via Getty Images.

The gas chromatography and mass spectrometry analysis, conducted as part of her doctoral research at Tel Aviv University and the Weizmann Institute in Rehovot, found that eight of the vessels had stored opium alkaloids, which come from the poppy plant. There was morphinan, which comes from morphine, as well as opianic acid and other compounds in the chemical signature of opium.

While no one knows for sure, it is likely the ancient Caananites would have been familiar with the poppy’s psychoactive qualities. 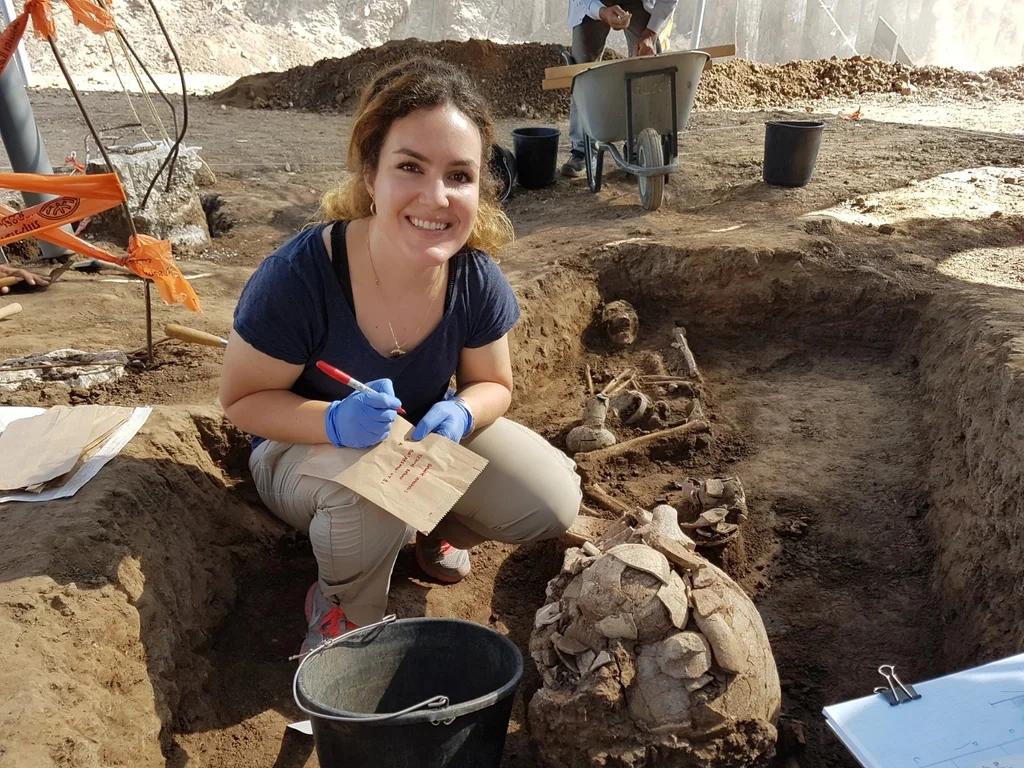 The findings, which were published in the July issue of the journal , suggest that morphine may have played a role in the region’s mortuary rituals. Canaan was ruled by Egypt, and adopted the practice of burying the dead equipped for journey through the afterlife—and it’s possible they were prepared not only with food and drink, but with drugs.

Mourners also might have “attempt[ed] to summon the spirit of their dead relatives… and enter an ecstatic state by using opium,” Ron Be’eri, an archaeologist with the Israel Antiquities Authority, told the .

The four ceramics that had the highest concentration of opium were Base-Ring juglets imported from Cyprus as part of a thriving long-distance trade network during the Late Bronze Age. 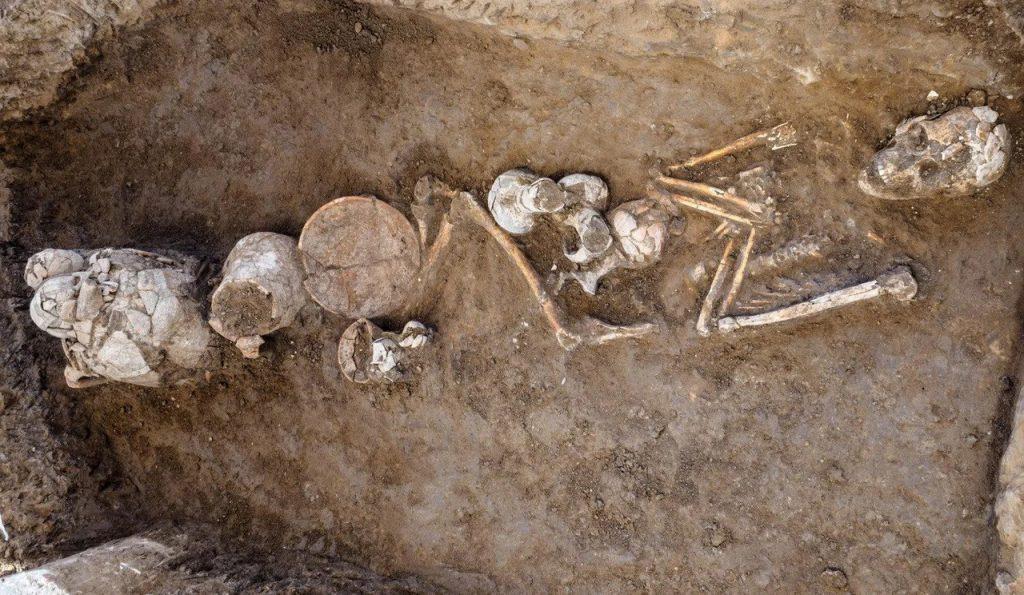 Since the 1960s, experts have suspected these vessels were specially made for opium. Their long necks resemble an inverted poppy seed head, and there are painted white stripes that suggest the flower’s milky latex that is collected to make the drug. The juglets could be an ancient example of branding, with packaging designed to reflect the product inside.

It’s possible that Canaanites then used their own pottery to dilute the highly concentrated drug so that it would last longer, or to reduce its potency—which would explain the smaller traces found in the other vessels that didn’t come from Cyprus.

An ancient Base-Ring juglet from Cyprus found in Israel that contained opium residue, suggesting an international trade network for the drug. Photo by Clara Amit, courtesy of the Israel Antiquities Authority.

Other Base-Ring juglets have not contained evidence of opium, and may have been later used to store other substances.

“These vessels are very unique and special and the locals put their best product inside them,” Linares added. “I believe they came over with opium and if they were reused, just like you reuse your Tupperware, they reused them for other unique and exotic products.” 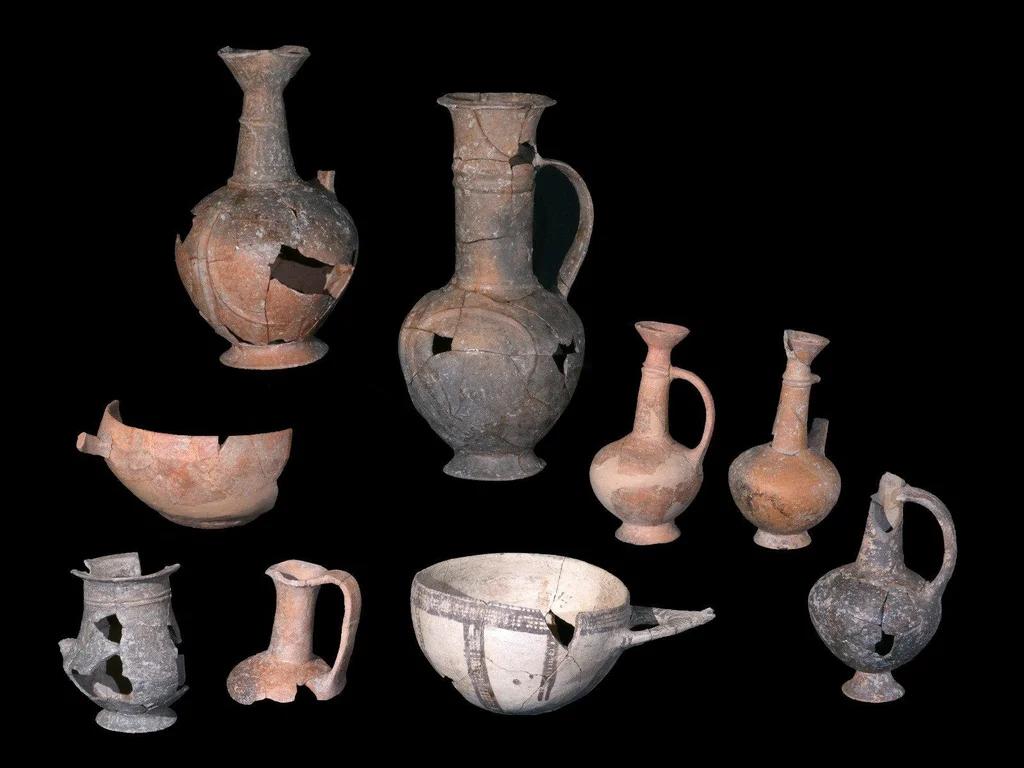 Opium use almost certainly predates these Cypriot jars by thousands of years—though archaeologists have yet to uncover earlier physical evidence. The first written mention comes from 3,000-year-old Sumerian clay tablets, where the drug is referred to as “Gil,” the word for happiness. And the Neolithic people of Western Europe may have grown the poppy plant more than 6,000 years ago.

The new opium discovery isn’t the first indication that the ancient Hebrews used mind-altering substances. In 2020, archaeologists have discovered traces of marijuana on an ancient Israelite altar that could have been used as part of a religious ritual that involved getting high.

Eminem’s Sneakers, a Portrait of Joni Mitchell, and Other Music Memorabilia Is Hitting the Auction Block to Benefit Workers in the Industry