Home News I’ve Been to a Lot of Gallery Weekends. Vienna’s ‘Curated By’ Festival... 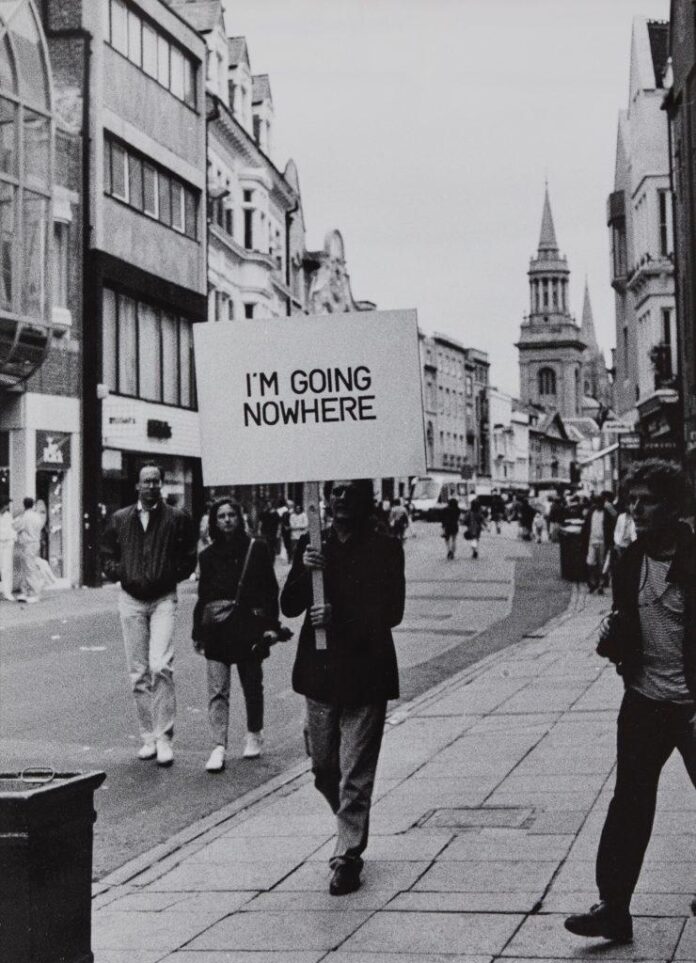 The resplendent chandeliers of Vienna’s Kursalon concert hall clashed with the lonely figures by Maria Sulymenko on view at the Vienna Contemporary fair. Standing in the booth of Ukraine’s Voloshyn Gallery, assistant Anna Kopylova and I had quick aside about her travels. She had driven for 30 hours from Kyiv, where, at the beginning of the war with Russia, she spent weeks living in the gallery. It is mostly underground, making it an ideal bomb shelter.

I was haunted by a remark I had made the night before, lightly complaining over dinner about my seven-hour train ride from Berlin to attend of Vienna Contemporary and Curated By, a city-wide art festival that is, to quote one collector, “unique in the world.” It’s true: for 14 editions, this innovative model sees 24 dealers, with €9,000 in city funding, turn over their spaces to external curators who often hail from museums beyond Austria. Each organizes a single show that reflects on one umbrella theme.

With an eye toward the ongoing war a 30-hour drive away, this year’s concept was , Hungarian for “east.” (In case the psychological rift in Europe is not clear enough, the theme last year was humor.) Participating galleries each absorb the prompt differently, though in the case of , many took it literally, opting to invite curators from longitudes east of Austria. 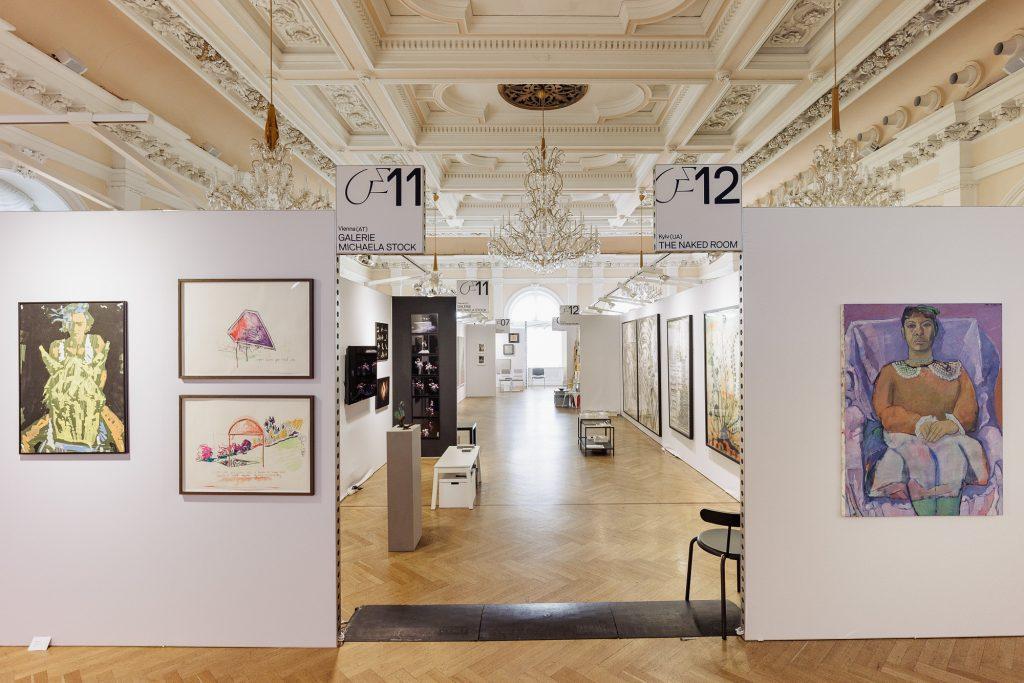 Even without such a specific ask, Vienna’s art scene has long looked toward that horizon. Vienna Contemporary, held earlier this month, and the newer fair Spark, which takes place in the summer, both feature an array of galleries from central and eastern Europe.

At Vienna Contemporary, one of the newcomers this year was Bucharest gallery Sandwich, a small artist-run space quite literally between two buildings. The Romanian dealer showed small ceramic works based on a combination of folkloric myths and real political events by Ukrainian artist Diana Khalilova. On another floor, Ukrainian galleries Voloshyn and Kyiv’s Naked Room exhibited for free.

Vienna and its cultural scene are a gateway between these European geographies and identities of east and west, however loaded the terms are. (“Every mention of east and west is accompanied by scare quotes,” noted Chicago-based curator of Curated By, Dieter Roelstraete, in his opening address.) However you want to slice Europe, Vienna is a town that looks like a polished jewel of old empire where you will hear Slavic languages almost as much as German on the streets. People, culture, and ideas flow from Bratislava and Budapest just as much as from western capitals of comparable sizes.

Still, talk of east and west is a bit of a political game in Vienna, especially since the outbreak of war. Austria is pervaded by a “spooking kind of quiet” when it comes to solidarity with Ukraine, as one dealer put it. (The events were quieter too, with few to no Russian collectors.) In the not-so-distant past, this country was far from immune to Russian influence, money, and energy. And in the present, the nation has remained suspiciously neutral in a war with one aggressor.

As such, the concept for Curated By, crafted by Dieter Roelstraete back in March (while Europe was still frozen in a collective gasp), carries a particular weight. Lithuanian curator Valentinas Klimasauskas commented that this year’s focus is, in a sense, a “gesture of art historical or curatorial justice.” 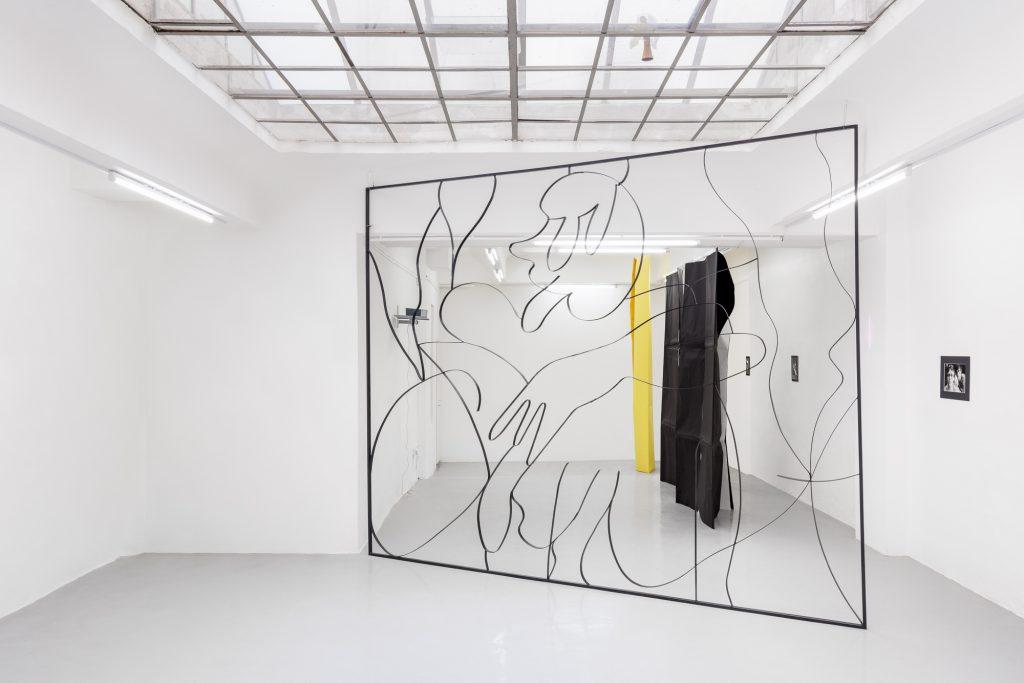 was, in some cases, gently rebutted by curators who deemed it too simplistic: Adomas Narkevičius, who organized an exhibition of Lithuanian and Latvian artists at Gianni Manhattan, said he hoped to “react without responding.” His exhibition, with artists Milda Drazdauskaitė, Elena Narbutaitė, and Ola Vasiljeva, is cheekily called “The Prompt.” It examines the limits any sense of knowing, with minimal materials role-playing as something else. Supple-looking drapes of hanging paper obfuscate the view, and a laser light creates a pinkish-blue “cut” in the wall.

Austrians seem to be well aware of the weird place they occupy now. Until recently, cheap Russian gas accounted for 80 percent of its energy. Europeans are panicking about the impending winter, and what it will mean for the economy (and what that, in turn, will mean for empathy for Ukraine). These same fears are deeply felt in the art world, with its big bright rooms that are costly to heat in a business with tight cash flow.

This anxiety underpinned two exhibitions, including that of Galerie Georg Kargl, curated by Hana Ostan Ožbolt, where the lights were completely off in the gallery. Small sculptures, including meticulously wrought readymades by David Fesl, punctuated an otherwise somber space. At Galerie Crone, the front of the gallery was also darkened in a show curated by Eva Kraus, director of the Bundeskunsthalle Bonn, and Ukrainian artist Volo Bevza. The natural shadows deepened the poignant mood of an exhibition that included young, contemporary Ukrainian artists reflecting on the relationship between virtual and physical realities of war. 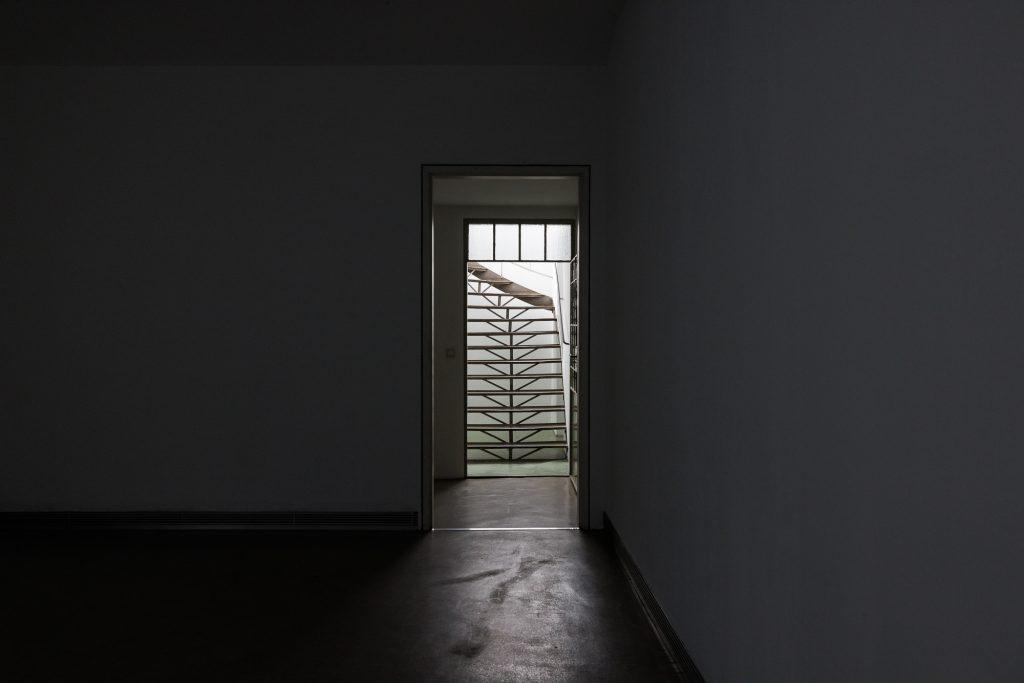 Particularly impactful was a large, standalone sculpture of a broadsheet by Yevgenia Belorusets. Placed in the middle of the room, the sculpture, called , is printed with stories written by the artist that play with fact and fiction. The blown-up newspaper encompasses the split personality of media coverage around this war. I was struck by its date: 2015, one year after war officially began in Crimea. It was a time when Russian state money still enjoyed prominent status in the art world under the guise of promoting international exchange. Belorusets’s work punctures that myth and offers a very different picture.

After circulating unknowable amounts of fairs and gallery weekends in recent years, they can begin to feel cacophonous. By contrast, Curated By hangs together in a way that is hybridized, varied, legible, and not pedantic. Although some contributors gently ignored the brief, all participants agreed it was no time for flashy works but instead an opportunity for muted reflection. There was some sense of a collective subconscious: in times of deep trouble, and where words fail us, art fills a void. 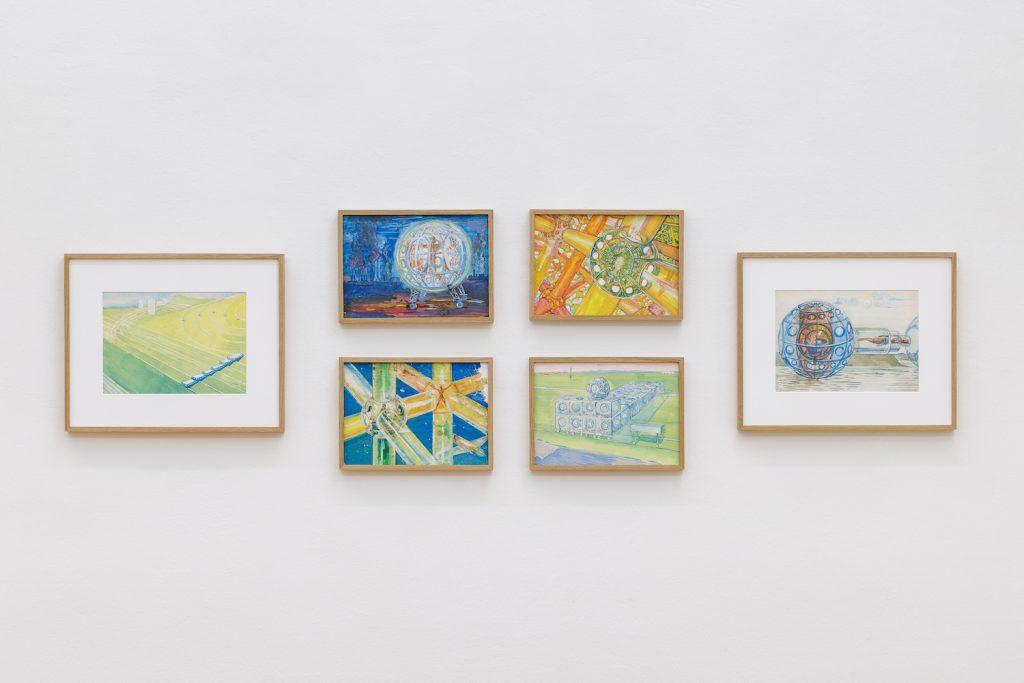 The most successful exhibitions opted to gaze beyond the immediate crisis, tracing a thread between the current war and longer plots. It’s essential not to reduce Ukrainian artists to the experience of this war and the refugee crisis, Polish curator from the Museum of Modern Art in Warsaw, Natalia Sielewicz, pointed out as she gave a tour of “The Neverending Eye.”

The solo exhibition at Croy Nielsen features works saved from Ukraine by the late Fedir Tetyanych. The pioneer of Ukrainian cosmism worked as a state artist for Soviet Ukraine. His works engage in double-speak: they are both historical champions of the Soviet era and also transgressive attempts to imagine worlds and ways beyond it.

His “biotechnospheres,” futuristic utopian shelters of his own invention, are depicted in watercolors that were nearly lost to history before a dedicated group of “eastern” Europeans saved them during the onset of war. They hang now in Vienna, as dashed dreams from the past. The futuristic machines are set against lush Ukrainian fields that we now see with new eyes—a fertile, fragile ground.

Giddy-Up! Wrangler Is Auctioning a Diamond-Studded Belt Buckle to Spur Preservation of the ‘Great American Cowboy’

‘It’s All Art’: Legendary Gallerist Linda Goode Bryant on Why She Doesn’t Like the Term Social Practice, and How Feeding People Is a Creative...

The Latino Presence in American Art