Home News Art Industry News: Is the Rococo Style an Antidote to Our Bleak... 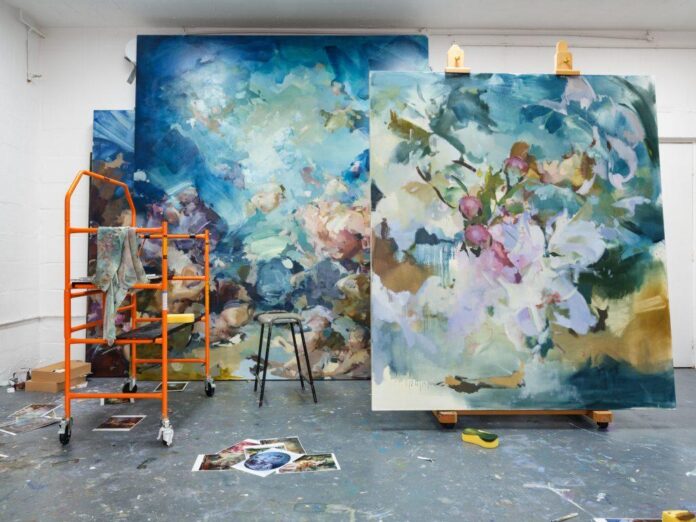 Moscow Biennial Is Cancelled – Russia’s Ministry of Culture called off the ninth Moscow Art Biennale, which was due to open at the State Tretyakov Gallery on November 7. The show, which was cancelled three days before the vernissage, is one of dozens of contemporary art exhibitions to be quashed by the government since the Russian invasion of Ukraine began in February and censorship began to rise. (The Art Newspaper)

Congressional Hopeful Adam Frisch Was on a Museum Board – One of the most closely watched and still undecided Congressional races pits art collector and Aspen City Council member Adam Frisch against ardent Trump supporter Lauren Boebert. Frisch is currently leading the race, in Colorado’s third Congressional district, by a razor-thin margin of just 64 votes, with 99 percent of precincts reporting. He previously served on the board of the Aspen Art Museum. ()

U.K. Launches Crypto Inquiry – The government will formally consider whether more regulation is needed to govern the NFT market and what the benefits blockchain might bring to the economy. It is accepting submissions “from anyone” on the subject until January 6. ()

The Bass Receives $20.1 Million to Build New Wing – Thanks to the passage yesterday of Miami Beach’s General Obligation Bond, the Bass will receive more than $20 million to update its 1995 building with a new southwestern wing. The expanded facility will contain galleries as well as space for education and community engagement. (Press release)

Pink Diamond Sells for Almost $30 Million – A  pear-shaped fancy vivid pink diamond sold for $28.8 million at Christie’s on Tuesday. The nearly 19-carat jewel is one of the most expensive diamonds ever sold at auction. (Reuters)

Contemporary Arts Center in Cincinnati Names Director – Christina Vassallo will take the reins at CAC in March 2023, leaving her post as executive director of the Fabric Workshop and Museum in Philadelphia. Vassallo served as director of the Cleveland-based SPACES from 2014 to 2019.  (Press release)

Andrew Bonacina Curates a Show at Michael Werner – The former chief curator of the Hepworth Wakefield is organizing a must-see group show at the gallery’s London location. Called “Interior,” it includes work by Kai Althoff, Frank Auerbach, and Nairy Baghramian. ()