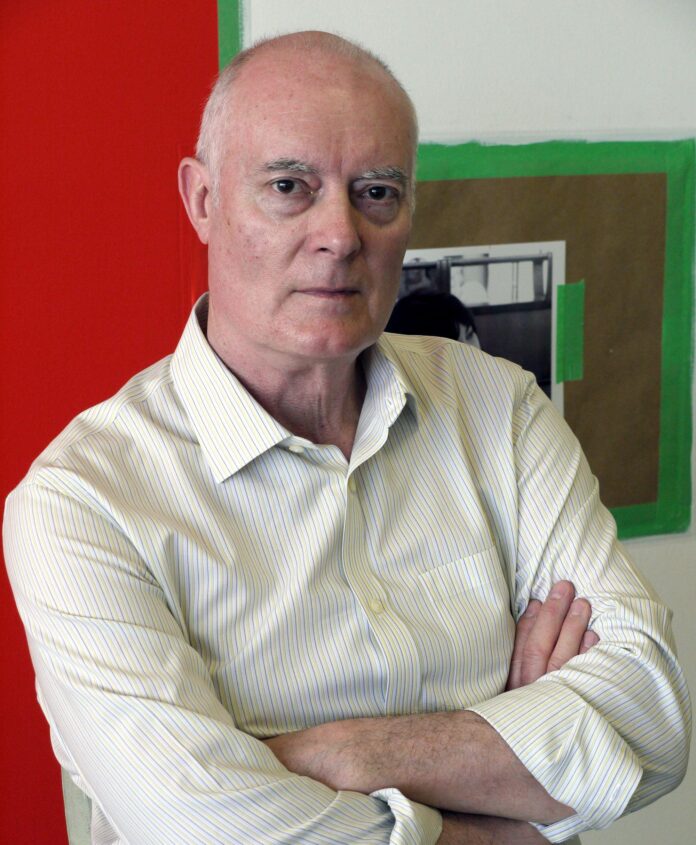 Ian Wallace, the Vancouver-based photo conceptualist, was awarded the Audain Prize for the Visual Arts today (29 September), one of the top awards for Canadian contemporary artists, during a luncheon at the Fairmont Hotel Vancouver. The prize, which was founded by the collector Michael Audain and his wife Yoshi Kurosowa and is given annually to an artist based in the westernmost province of British Columbia, comes with C$100,000 (about $73,000) cash. Last year’s recipient was sculptor James Hart (7idansuu), the hereditary chief of the Eagle Clan of the Haida Nation.

Wallace, 79, is not only an award-winning artist in his own right—exploring and juxtaposing the boundaries of monochrome painting and photography while referencing aesthetic and social issues via the subjects of the studio, the museum and the street—he is also a champion of contemporary art. He was an early proponent of incorporating the art of the recent past, including film, photography and contemporary painting, into the art history curriculum.

Considered by many to be the progenitor of the Vancouver School of photo-conceptualism, whose practitioners include his former students Stan Douglas, Rodney Graham and Jeff Wall (all past recipients of the Audain Award, established in 2004), Wallace influenced a generation of artists through his teachings at the University of British Columbia and Emily Carr University.

“All the previous recipients are excellent artists—and I’m really happy to be on that list,” Wallace says. “My appreciation to Michael Audain and Yoshi Kurosowa (his wife) for their support of the visual arts and to the jury who decided that my lifelong endeavours have been worthy of the prize.”

Wallace’s many honours include a Governor General’s Awards in Visual and Media Arts in 2004, becoming an officer of the Order of Canada in December 2012 and being inducted into the Royal Canadian Academy of Arts in 2016. His work has been exhibited locally—notably at the Vancouver Art Gallery, which held the 2012 retrospective Ian Wallace: At the Intersection of Painting and Photography—and internationally, with seminal works like 1993’s Clayoquot Protest documenting the fight to save British Columbia’s pristine old growth forests being exhibited at the Sprengel Museum in Hannover, Germany in 1998. His latest exhibition, In the Museum, debuted at Galerie Greta Meert in Brussels in May of this year.

“I’m at the studio seven days a week,” Wallace says, “taking care of business, trying to get my work out into the world and archiving what I’ve done so far.” At the moment, this includes compiling a book of over 500 published essays.

Wallace is currently at work reprising a piece from five decades ago called Intersection 1970 that encapsulates the trajectory of Vancouver and his own career. The original version was a black-and-white photograph of the corner of Hastings and Seymour streets in downtown Vancouver, with his studio in the background, in a building that has since been torn down. “This is the nature of the modern city” says Wallace. “Just look at 19th century Paris that was torn down and rebuilt.”

In the new colour image of the intersection, the Wosk Centre for Dialogue (part of Simon Fraser University’s downtown campus) stands in place of a former bank. As much of Vancouver’s cityscape shapeshifts into high-density high-rise buildings, Wallace’s work speaks to both the specificity of this place and to the photo-conceptualist style it exported internationally. It’s a constant reminder that art history is unfolding in real time.

Wallace and his body of work, situated at the intersections of painting and photography, biography and place, Vancouver and the world, seem worthy recipients of Canada’s top artistic honours.

An Ancient Structure in Israel Long Thought to Be a Synagogue Is Actually an 1,800-Year-Old Roman Temple