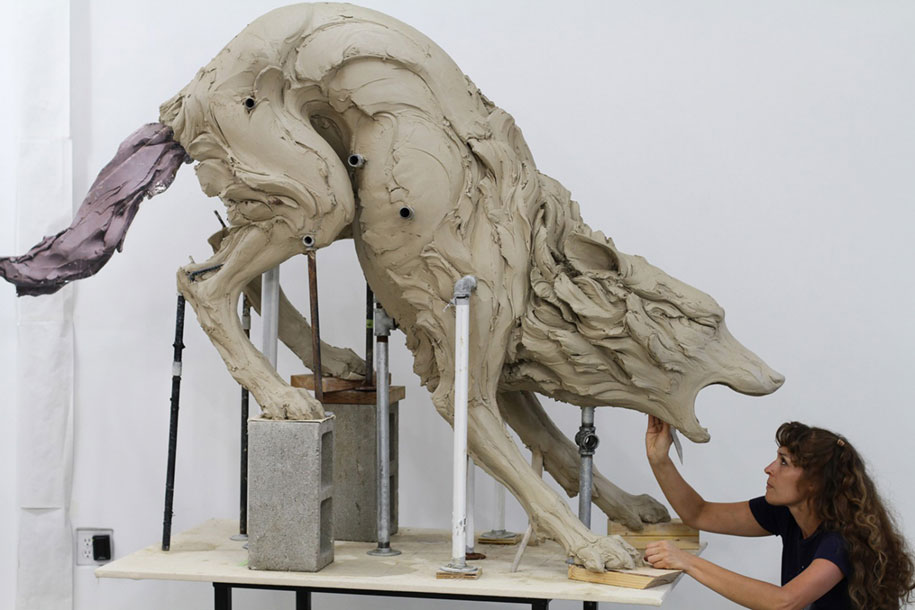 Beth Cavener creates large animals that each appear to wrestle against their implied captivity. The works can be viewed as animals in the throes of domestication, however beneath the surface lies a peek into our own human psychology. Cavener projects these emotions onto her sculpted clay figures, showcasing the primitive animal instincts that lie beneath our own exteriors. 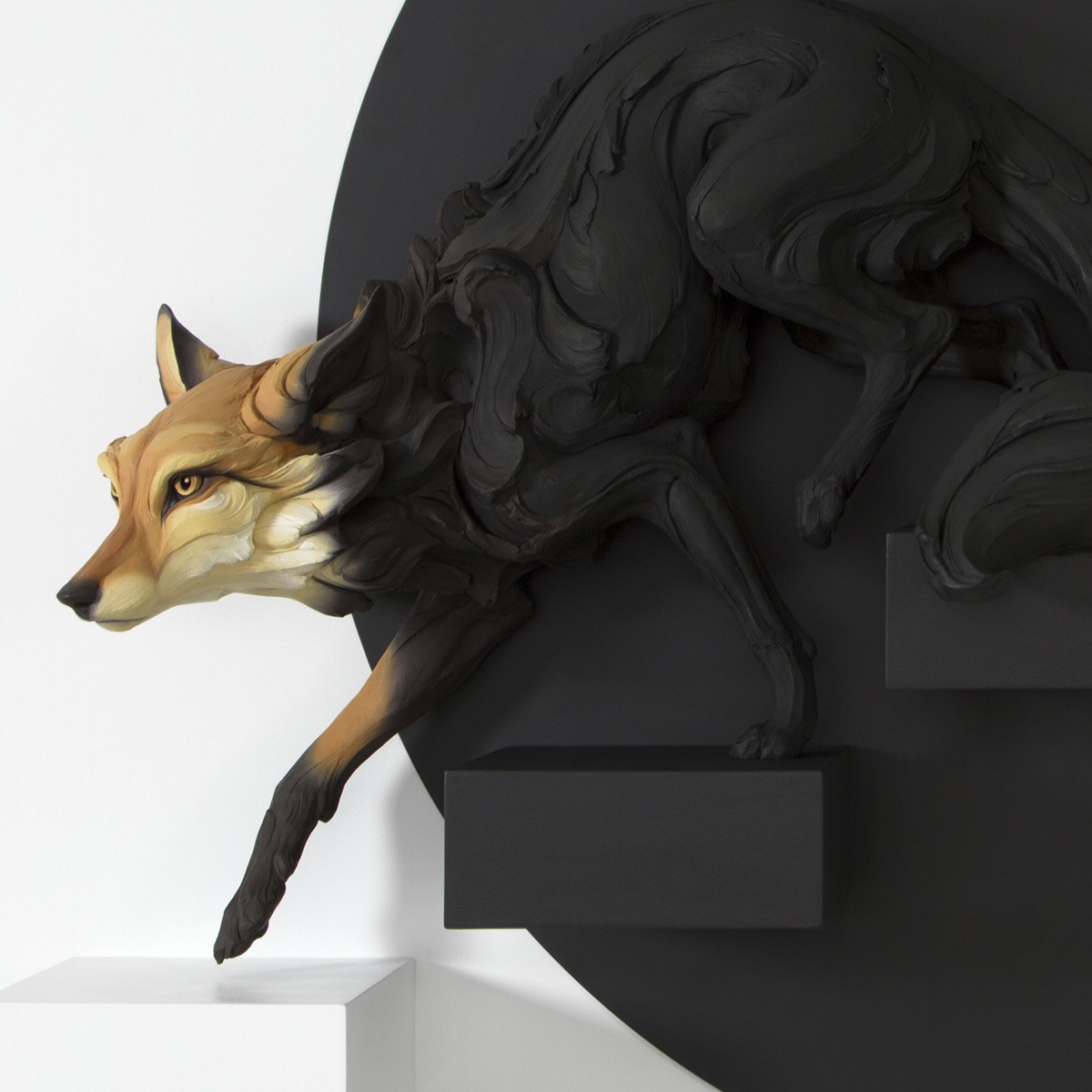 Cavener’s usual working method is building solid sculptures on metal armatures, often with 2,000 or more pounds of clay at a time, then cutting the piece into 30-160 sections, hollowing out each section out to 1/4″ thickness, and reassembling the pieces before firing. In order to work on a larger scale, the reassembled hollow pieces are then cut again to fit inside the kiln, fired, and then reassembled with glues and epoxies. She usually paints the surface with flat interior latex paint. This allows her to fill in seams after reassembly and maintain the look and feel of clay. She has also used terra sigillata and vitreous slips. 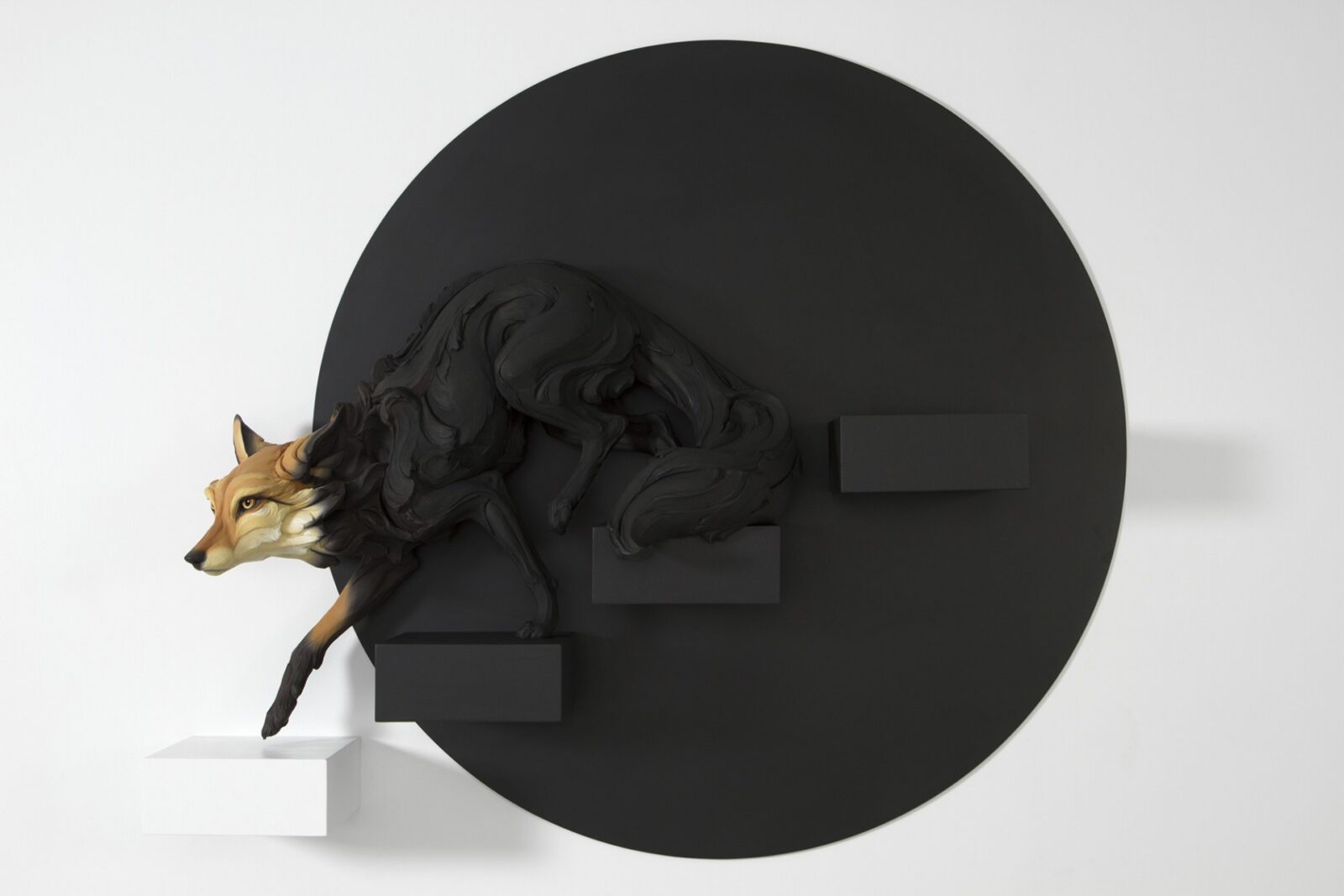 “Both human and animal interactions show patterns of intricate, subliminal gestures that betray intent and motivation,” said Cavener in an artist statement. 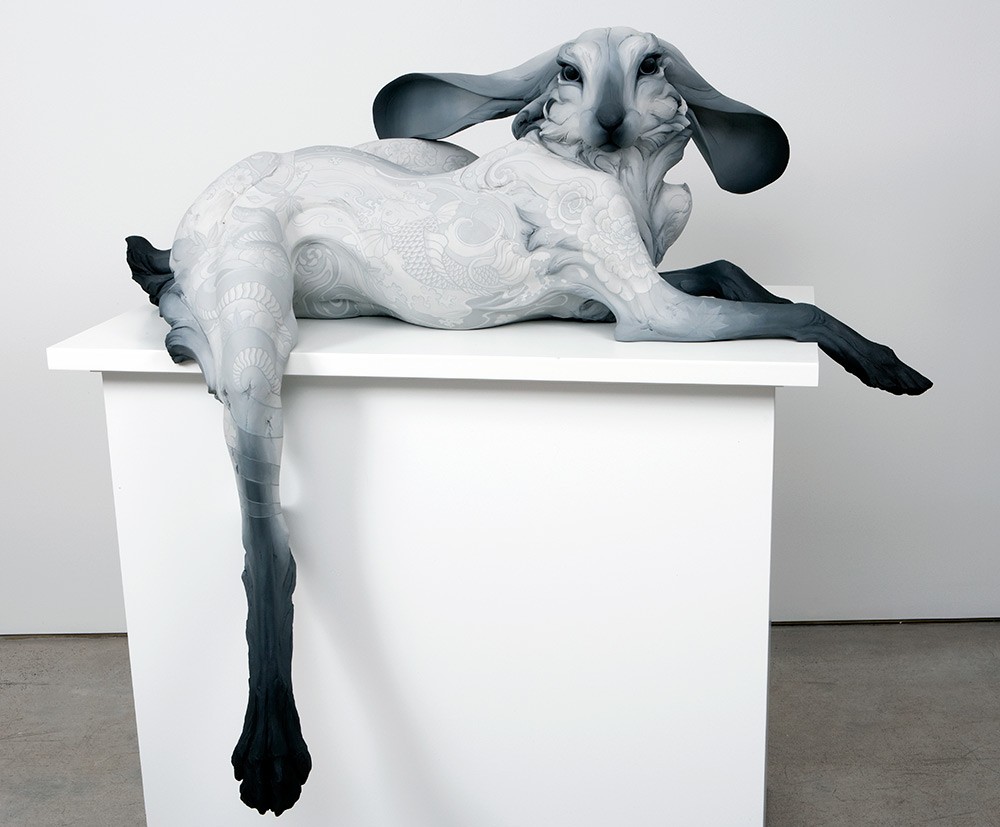 Cavener was born in Pasadena, California, United States. She was born the daughter of a molecular biologist and an art teacher. As Cavener writes, ”The connections between art and science have always been at the heart of my work. My mother, a ceramicist, and my father, a molecular biologist, raised me with an appreciation for the world on its most minute and grandiose scale. From my mother I learned the language of clay and the power of ideas passed through hands. My father and I spent hours staring at the night sky, while he stretched the seams of my imagination with tales of recombinant DNA and evolutionary battles on the microscopic scale. Every moment of my memory has been spent investigating the natural world around me.” 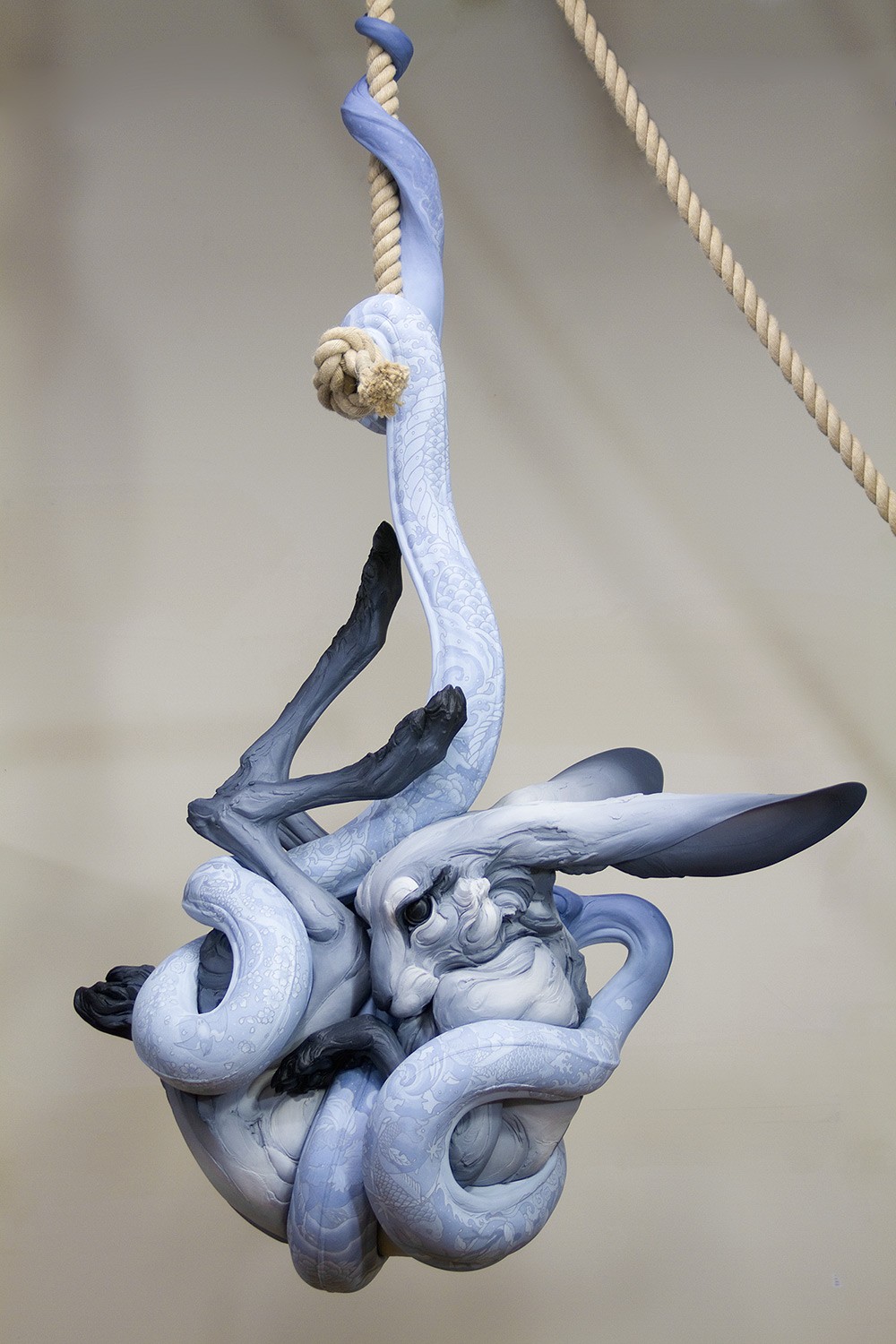 Cavener went on to pursue her studies in physics and astronomy at Haverford College in Pennsylvania. Though intent early on in her education in following her father’s footsteps with a career in science, Cavener switched her major her last year of undergraduate studies to Fine Art and received a BA in Sculpture. 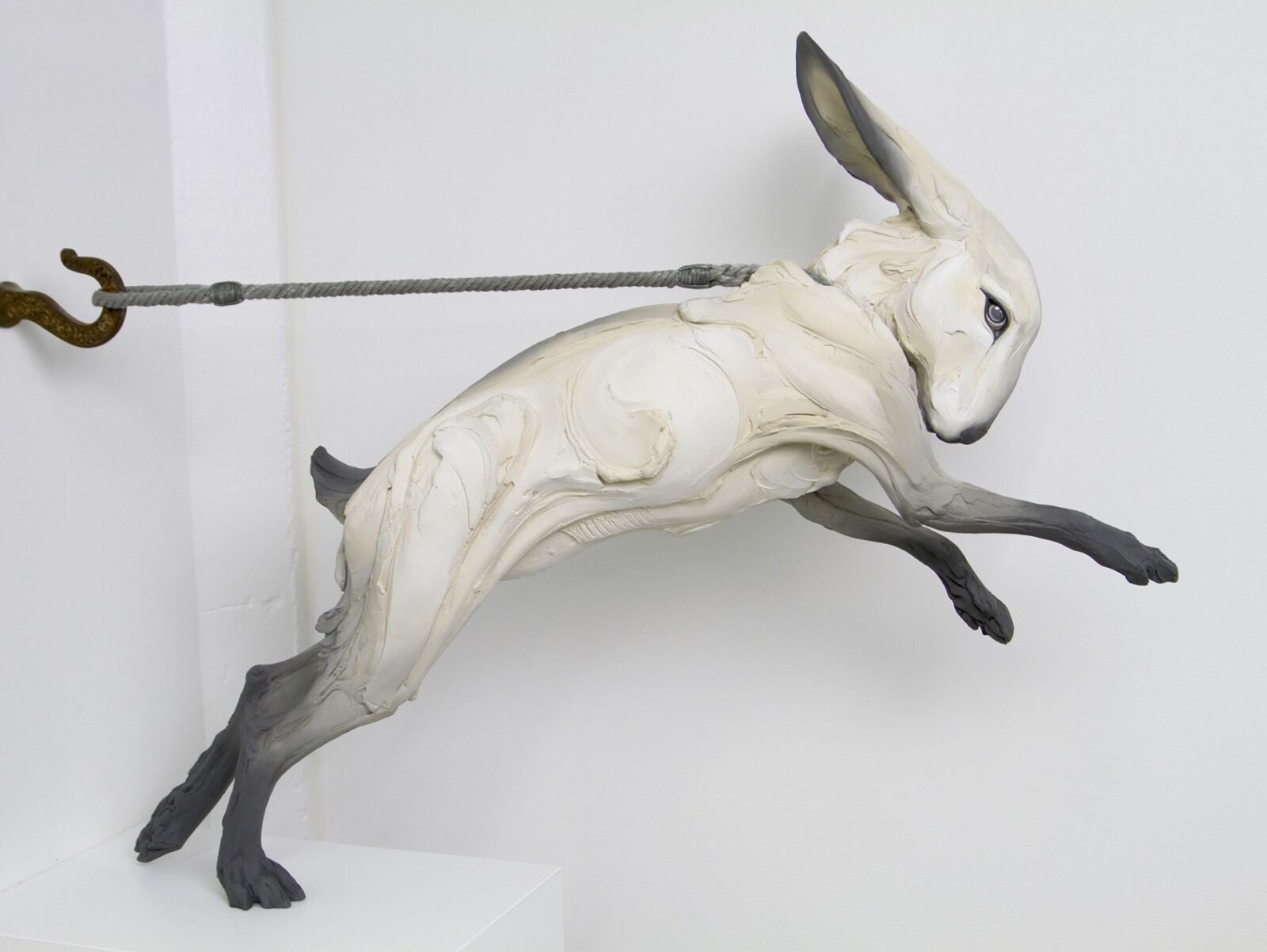 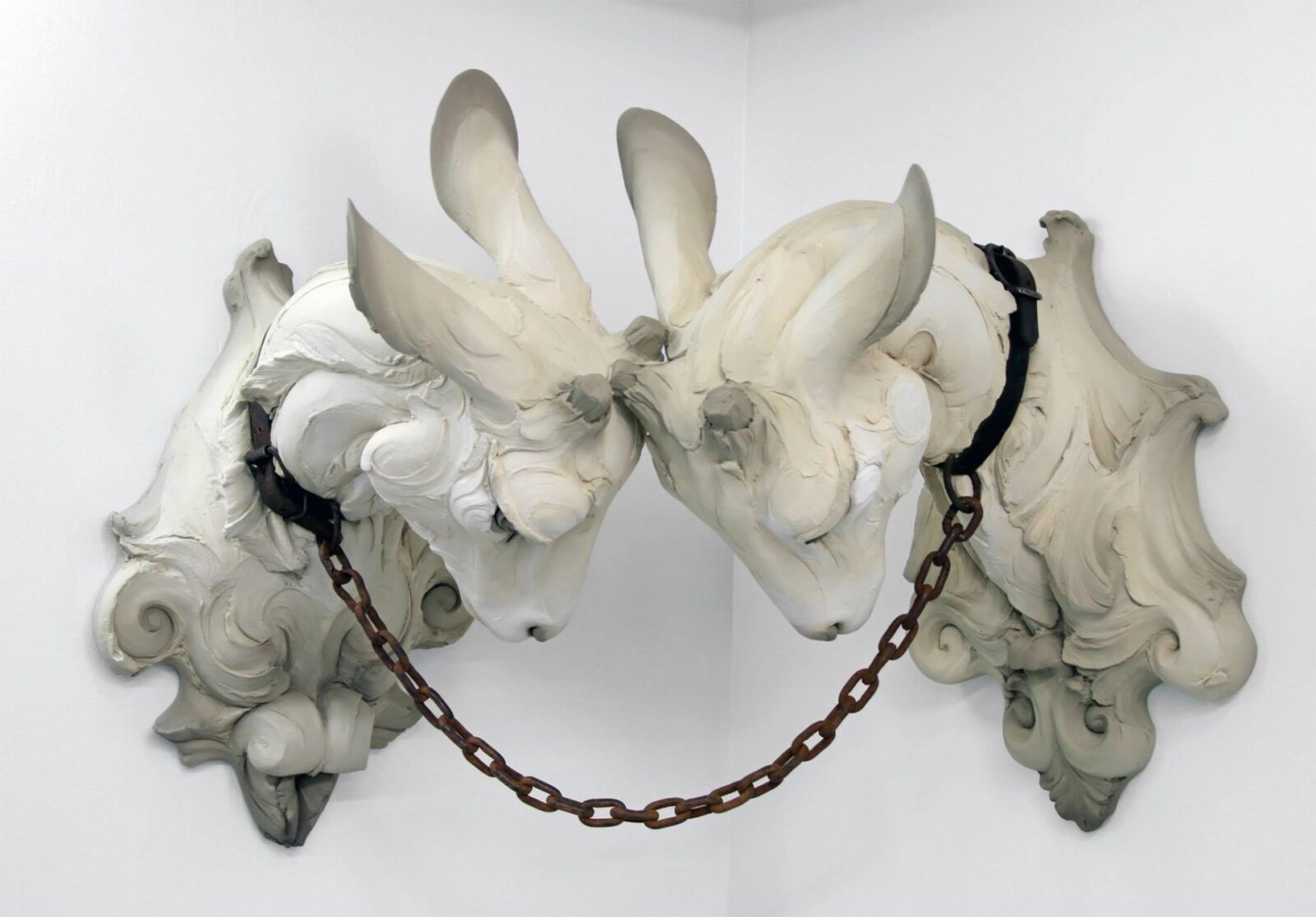 Cavener’s interests in science and art persisted through her early professional career. Though she had been trained in the classical atelier style through the art department at Haverford College, the Cecil Academy of Art in Florence, Italy, and through an apprenticeship with sculptor, Alan LeQuire in Nashville, Tennessee, she was drawn to the surrealist movement of the 1920s, and more contemporary narrative artists, such as Francis Bacon, Joel-Peter Witkin, George Tooker, and Odd Nerdrum. After spending four years in Columbus, Ohio, developing her artistic style and voice, Cavener entered graduate school at The Ohio State University, where she received her Master’s in Fine Arts degree in ceramics. Her thesis exhibition, “tremble shiver,” made the transition from working with the human figure to using human-scaled portrayals of the animal body to express human emotion and psychological portraits. 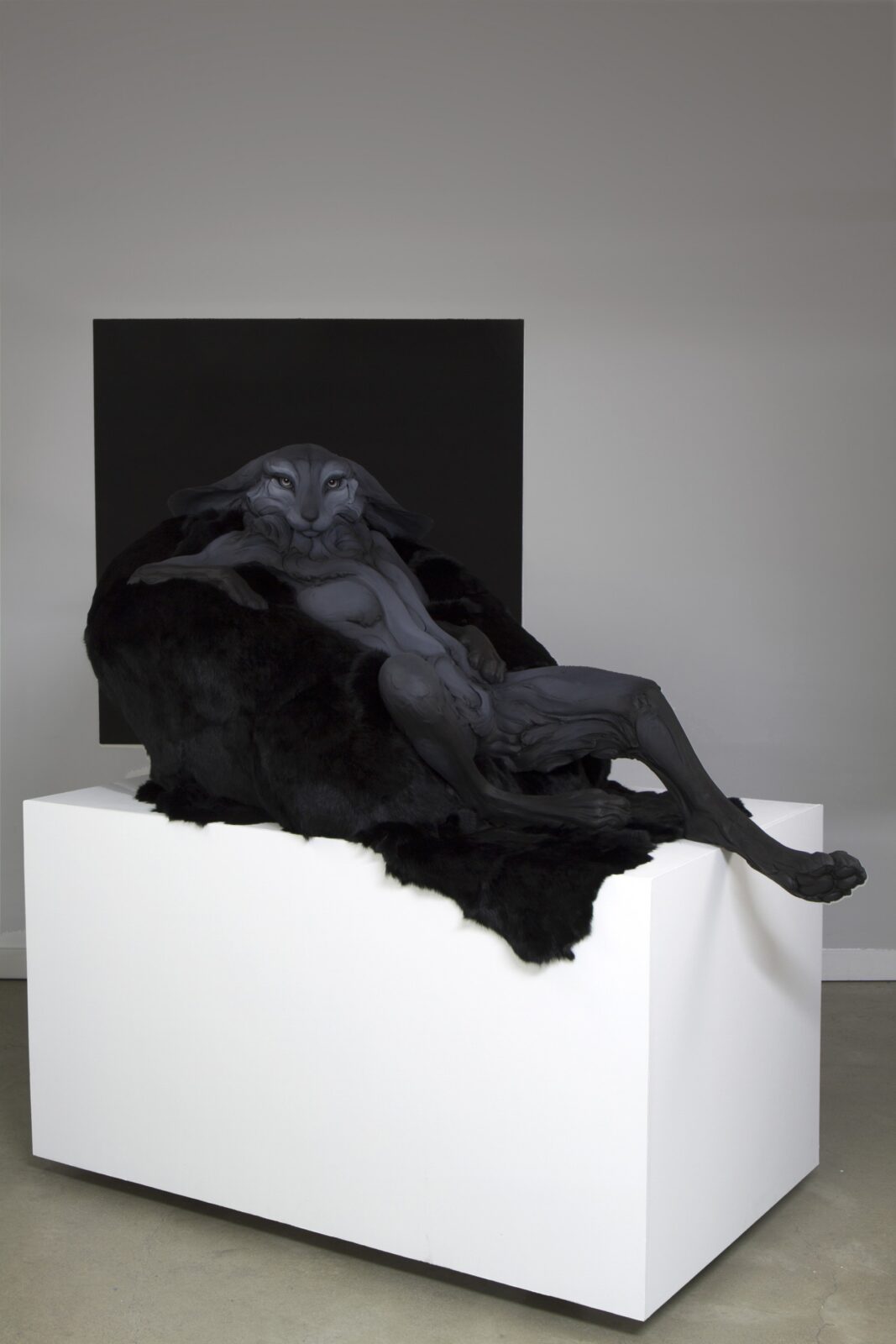 Following her master’s studies at Ohio State University, Cavener spent two years as a resident artist at the Archie Bray Foundation for the Ceramic Arts and completed a brief Guest Artist residency at The Clay Studio in Philadelphia, Pennsylvania. After this intense period of development where she continued to work on life-size and larger scale works, she was represented by the Garth Clark Gallery in New York, NY. Her first solo exhibition with the gallery, “A Modest Proposal” was shown in 2006. 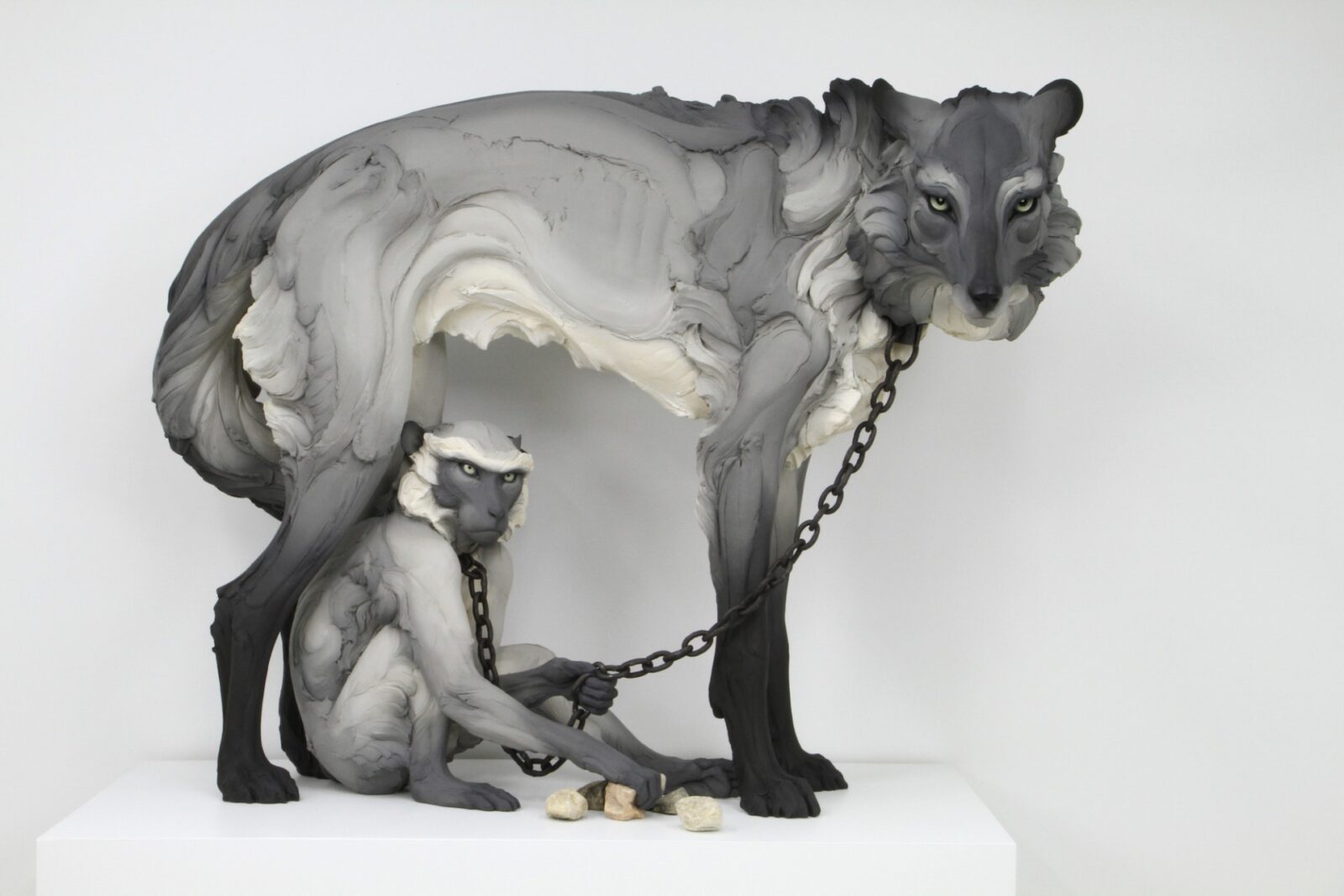 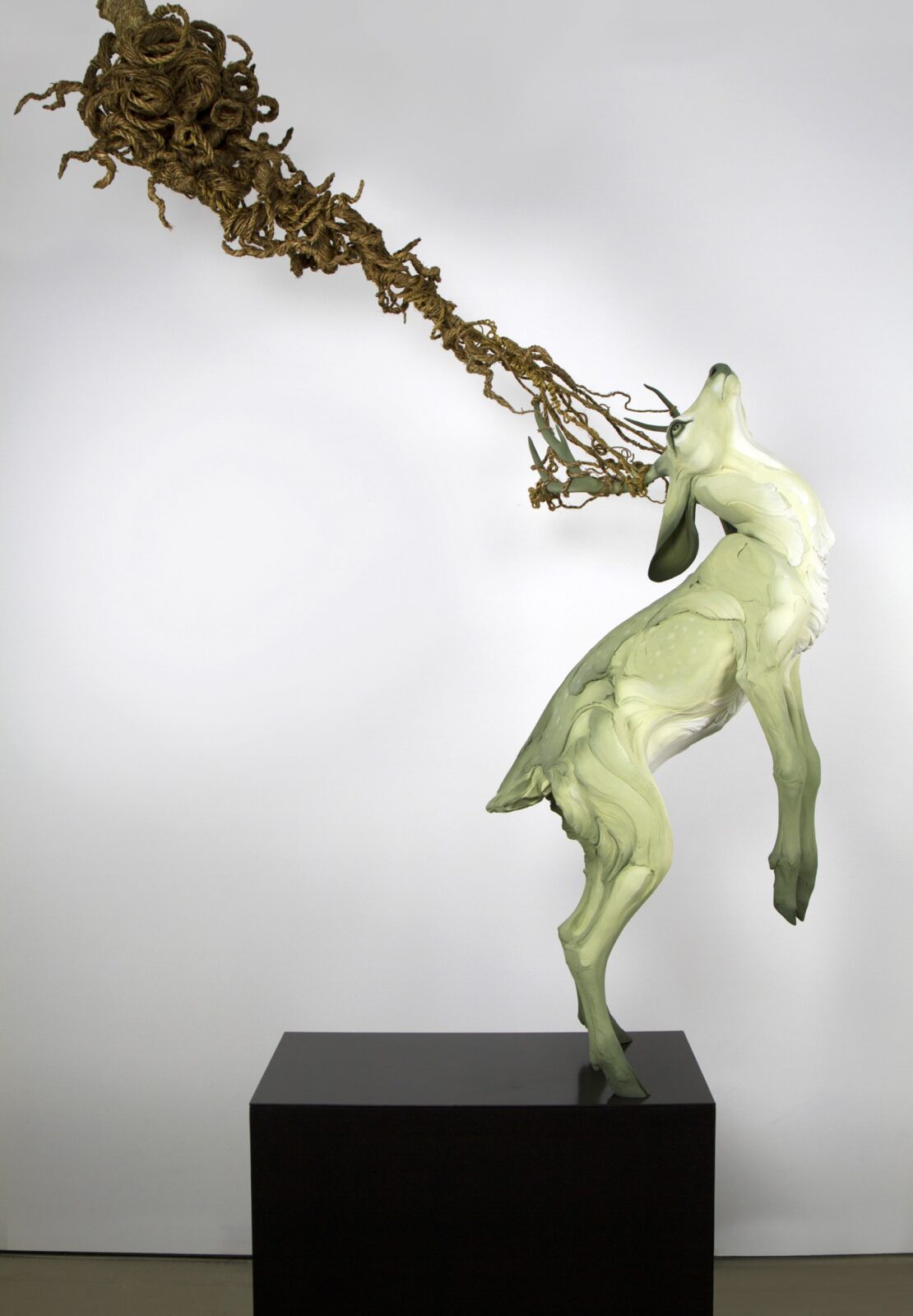 “The things we leave unsaid are far more important than the words spoken out-loud to one another. I have learned to read meaning in the subtler signs; a look, the way one holds one’s hands, the incline of the head, and the slightest unconscious gesture. I rely on animal body language in my work as a metaphor for these underlying patterns, transforming the animal subjects into human psychological portraits.” 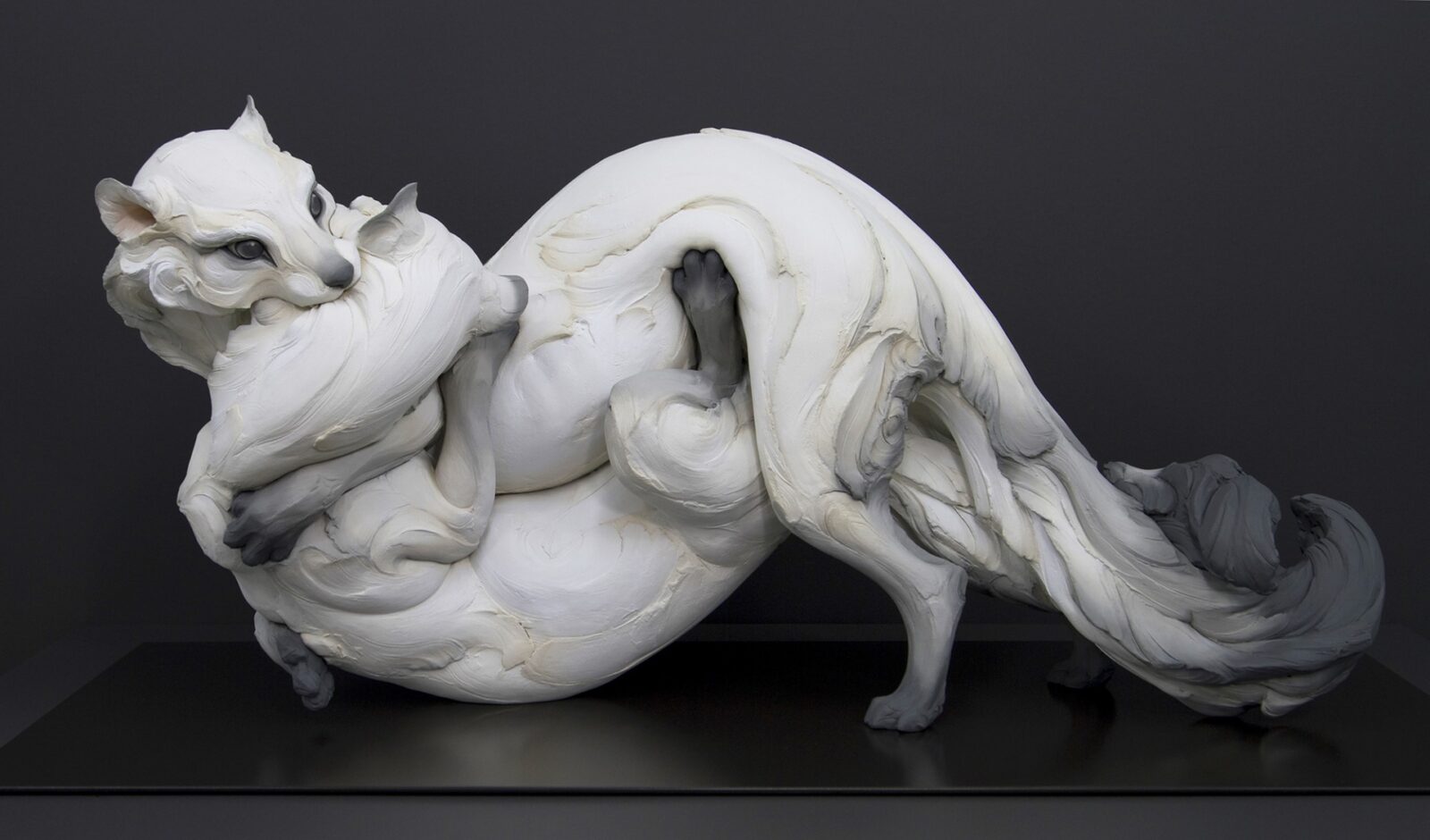 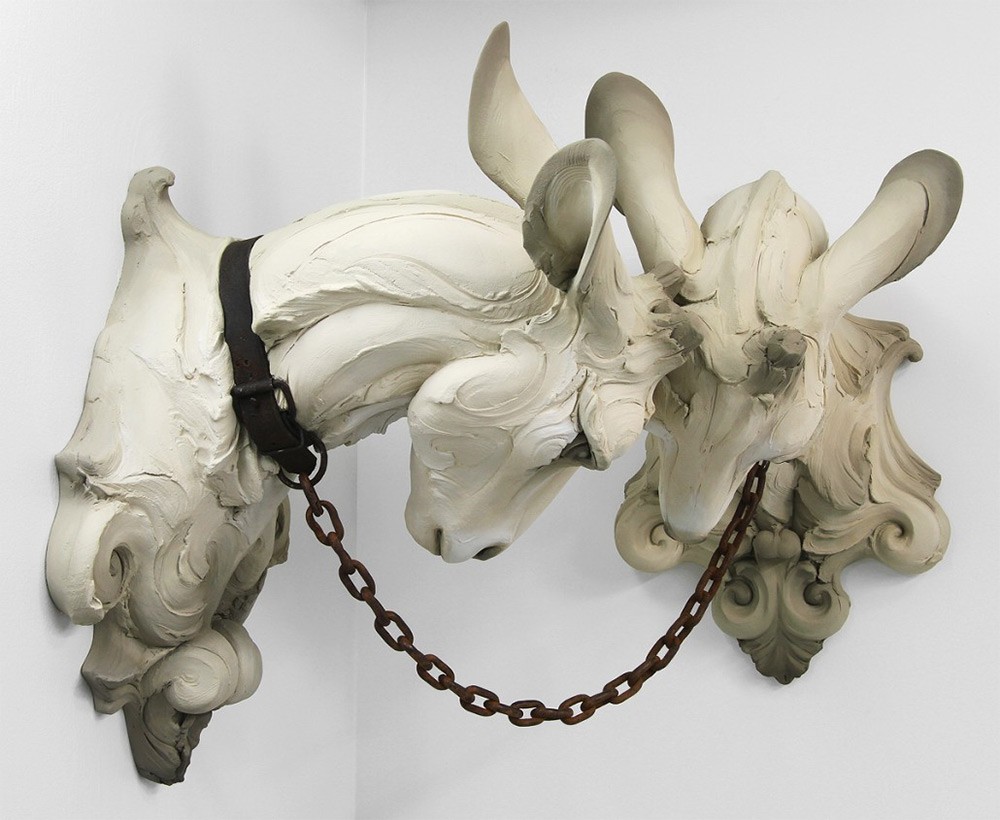 Cavener’s solo exhibition The Other opens on November 15th at Jason Jacques Gallery in NYC, and runs through December 5, 2017. You can view more of the artist’s work on her website. 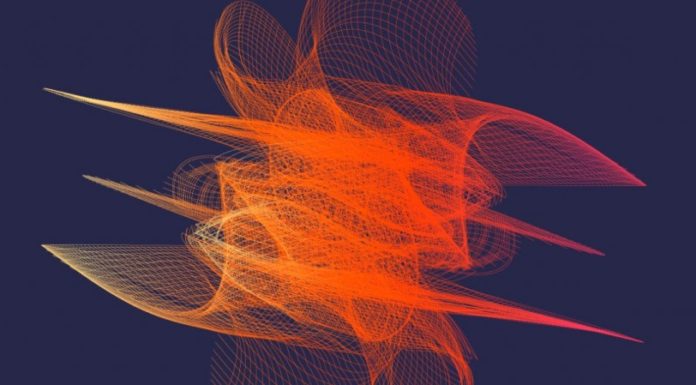 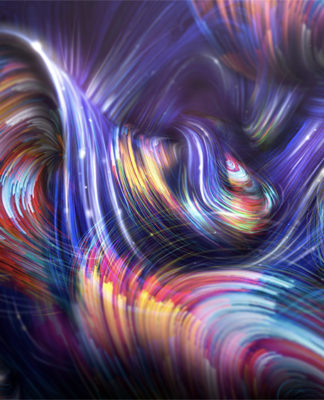 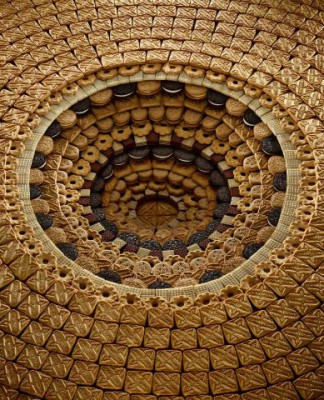 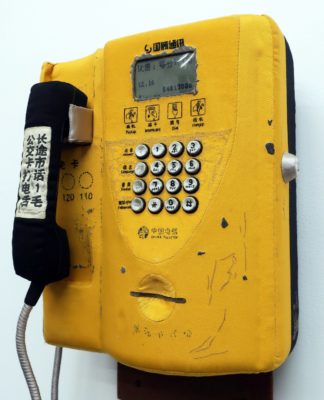 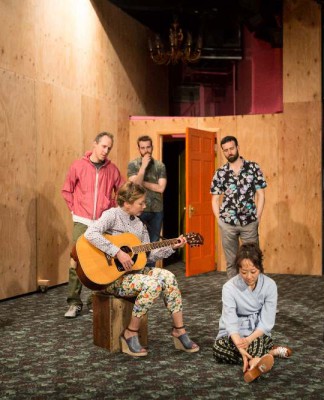