Home News Professor who was controversially fired for ‘Islamophobia’ after showing depictions of Prophet... 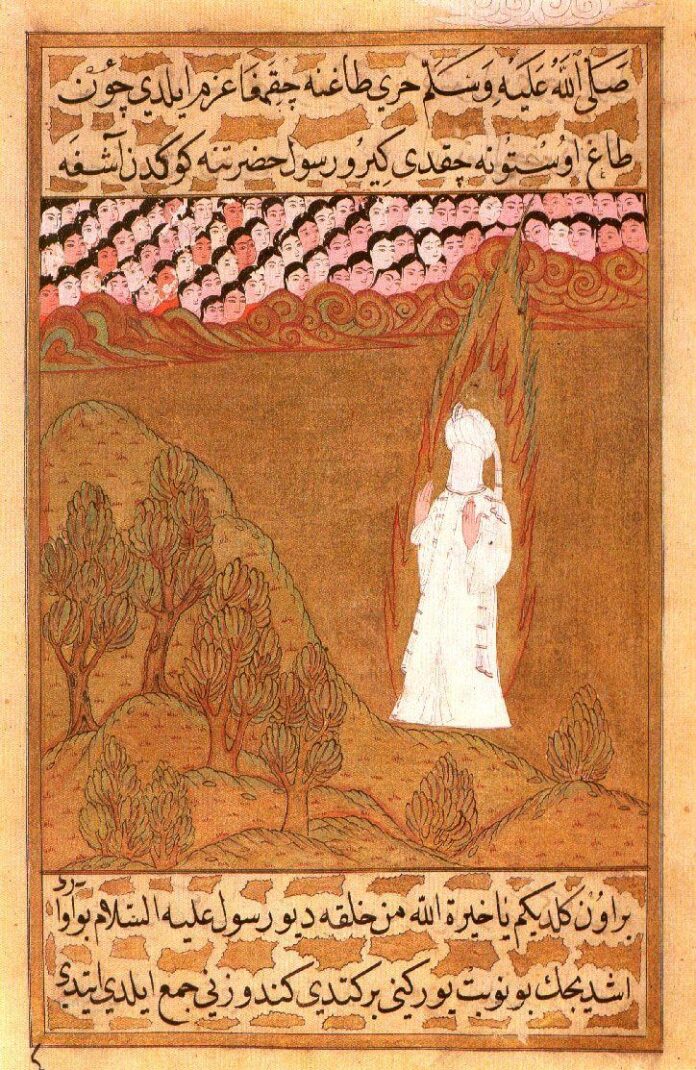 An art history professor at Hamline University, a private liberal arts college in St. Paul, Minnesota, has reportedly not had her contract renewed after she showed two images of Islamic artworks depicting the Prophet Muhammad to her students in an online class last year. The instructor has not come forth to press or been identified by the university, but The Art Newspaper understands her to be the adjunct liberal arts professor Erika Lopez Prater.

The decision to present the images was described as “undeniably inconsiderate, disrespectful and Islamophobic” in an email sent by Hamline’s dean of students to undergraduates, seen by The Art Newspaper. The incident took place on 6 October 2022, according to the university’s student newspaper the Oracle, which first reported the news. The instructor notified students both through written and verbal communication that the image would be shown, and permitted students to turn off their videos during this period, the Oracle reports.

The incident was raised by Aram Wedatalla, the president of Hamline’s Muslim Student Association (MSA), who attended the online class and complained to the university’s administration afterwards. “This can’t be real […] As a Muslim, and a Black person, I don’t feel like I belong, and I don’t think I’ll ever belong in a community where they don’t value me as a member, and they don’t show the same respect that I show them,” Wedatalla told the Oracle at the time. This prompted Hamline’s administrators to stage a number of mediation sessions with the MSA and related advisers to resolve the situation. In a later announcement, the university determined that academic freedom “should not and cannot be used to excuse away behaviour that harms others”.

The professor was “denounced and ultimately dismissed […] without due process”, reads an open letter from the Academic Freedom Alliance (AFA) sent this week to the university, which describes Hamline’s treatment of its former employee as an “egregious violation” of academic freedom that sends a “chilling message” to other professors.

The offending works are a well-known 14th-century depiction of the Muhammad receiving his first revelation from the archangel Gabriel, by Rashid al-Din, a Persian Muslim scholar and historian, and a 16th-century Ottoman Turkish illustration of the prophet, by Mustafa ibn Vali.

Depictions of the Prophet Muhammad are a highly charged topic, both within and outside of Muslim communities, with only some portions of the faith believing that images of the prophet should be forbidden. Displaying such images—especially caricatured and satirical ones—have in recent years spurred a number of high profile extremist incidents, including the deadly 2015 attack of the French weekly magazine Charlie Hebdo.

While representations of Muhammad are uncommon in Islamic works of art, they have a long tradition, particularly within regions such as Persia, Turkey and India. Many of these depictions accompanied manuscripts created between the 14th and 20th centuries. “Islam has been largely defined […] as a religious tradition that is largely aniconic, or lacking in figural images. The administrators at Hamline reiterated this inaccuracy with zeal,” writes Christiane Gruber, a leading Islamic art scholar in an essay that thoroughly details the complexity of the issue, and was written in response to the incident at Hamline.

“Through conflation or confusion, Hamline has privileged an ultraconservative Muslim view on the subject that happens to coincide with the age-old Western cliche that Muslims are banned from viewing images of the prophet.” Gruber also adds that the university’s decision helps conflate historical Islamic images, which are worthy of study, with “offensive Euro-American cartoons” (such as Charlie Hebdo), which ultimately harms Muslims.

Another essay written by a Hamline professor of religion who teaches Islam, which explained the incident along with the historical context, was published by the Oracle, but then removed two days later following pushback from students and independent advisers. Gruber described the removal of this article as “censorship”.

Hamline University did not respond to a request for comment. An open letter from the Foundation for Individual Rights and Expression (FIRE) that advocates for teachers and students urges the university to reconsider its decision.