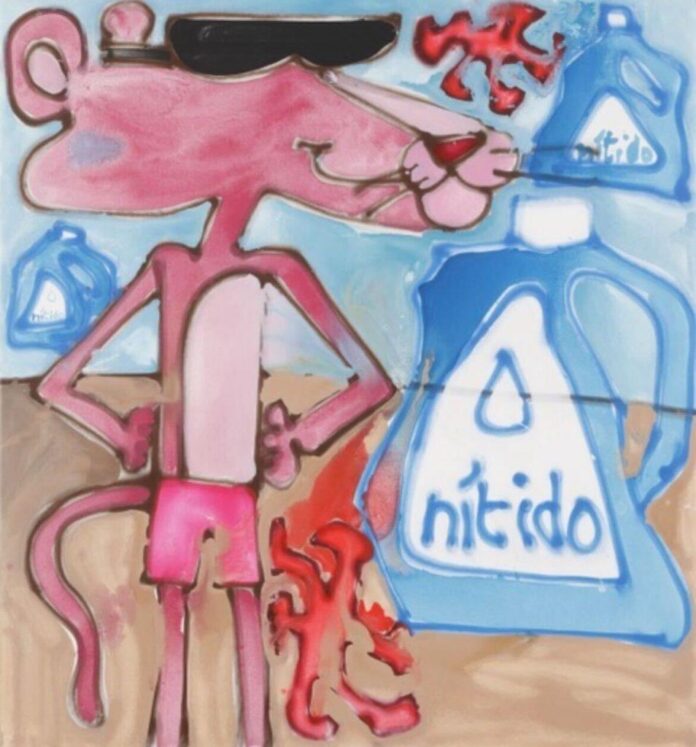 In auction world, the evening sales get all the attention but the day sales are undersung for their ability to give a special kind of bird’s eye view on the state of play in the art market. These perfunctory operations usually offer substantial insight not only into what’s hot right now, but also where the market is headed—and which artists and bodies of work are attracting notice.

We took a close look at the lots that popped among hundreds offered during day sales at Christie’s, Sotheby’s, and Phillips in London this season.

The artist’s market has been on a tear since she joined David Zwirner gallery last year. The top six auction results, including Wash Everything, have all been achieved in 2022. Asia is an active market with five top lots sold in Hong Kong, topping at $764,418.

Bernhardt is known for her electric colors and irreverent compositions that riff on pop culture with pizza slices, cigarette butts, and tropical fruits. The work at Phillips came up for sale during her first solo show with Zwirner, Why is a mushroom growing in my shower? which is up in London through July 29. 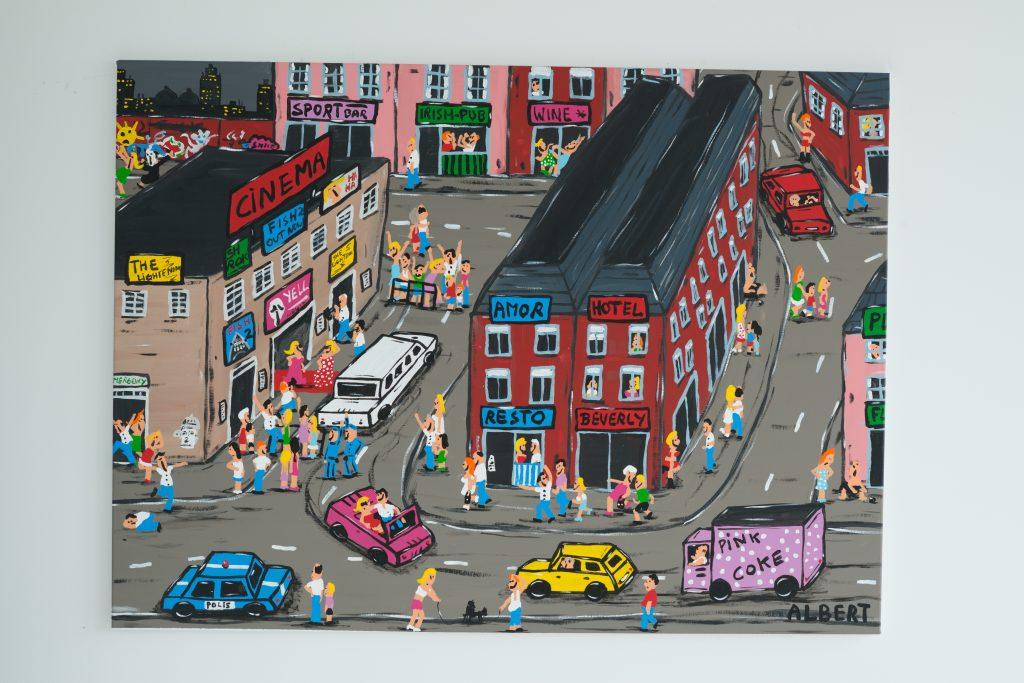 This tongue-in-cheek city scene by the little-known Brussels-based painter Albert Willem went gangbusters at Phillips, selling for more than ten times its upper estimate. Not bad for an artist who has only had four public exhibitions to his name, though he recently secured representation from New York gallery Waterhouse and Dodd (which just exhibited at Masterpiece London).

Three of Willem’s canvases have crossed the auction block in London since May 2022. All carried identical £15,000 ($18,219) high estimates; all have now sold for at least £100,800 ($126,047) after fees. Following this example at Phillips, ten bidders duked it out at Sotheby’s equivalent day sale the following day to drive a colorful crowd scene up to nearly 12 times its upper estimate.

If you’re wondering why, part of the answer seems to be that escapism sells. According to the artist’s website, Willem (b. 1979) “intentionally avoids heavy or profound themes.”  Sotheby’s head of sale Antonia Gardner described Willem’s works as “bright, eccentric, [and] playful,” adding, “They make you smile and undoubtedly carry an energy that emanates from these imagined stories.” It looks like the price of that particular energy is rising fast, too. 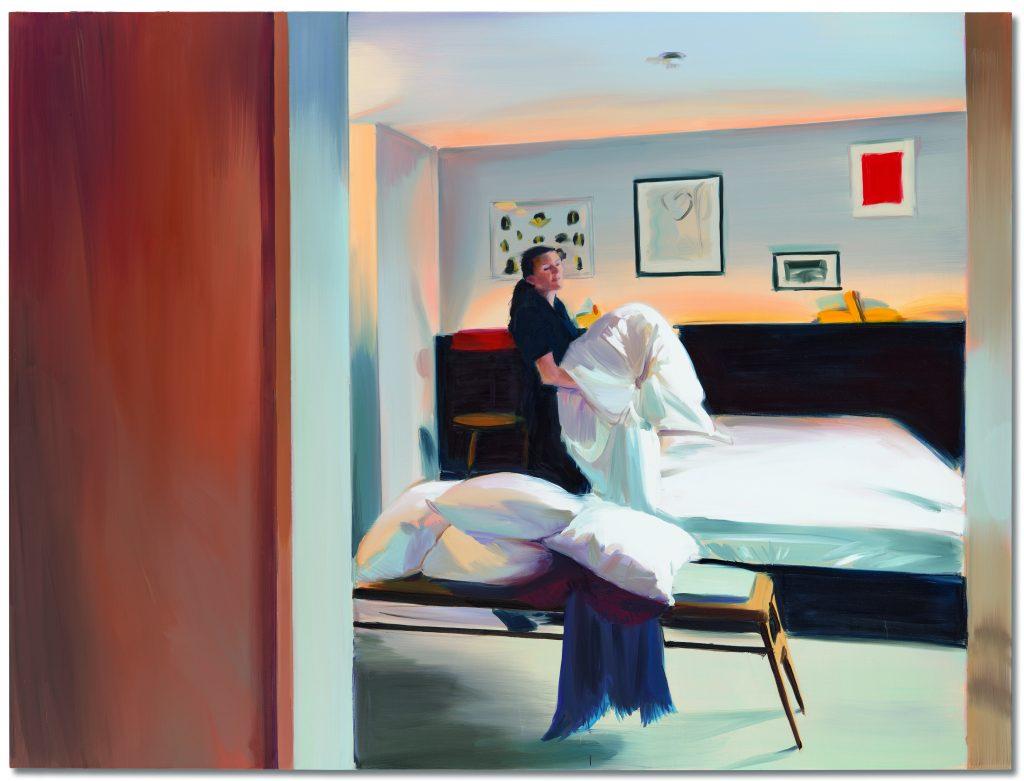 The invisible labor that women do is at the heart of Caroline Walker’s muted, intimate paintings. The Scottish artist gathered her subject matter from watching her mother do household chores growing up, and her work earned her the Valeria Beston Young Artist Award from the Royal College of Art in 2009.

Her piece up for sale at Christie’s came from a private collection, and depicts a hotel maid changing linens. The gaze on her subject is neither maudlin nor disaffected, as the artist’s grandmother was a maid. It netted just under half a million, more than five times its high estimate, and set a new record for the artist, displacing her previous record set at Phillips in the spring. The artist has only just had her first solo exhibition with her gallery, Stephen Friedman, earlier in the spring, and has quickly garnered a market following. 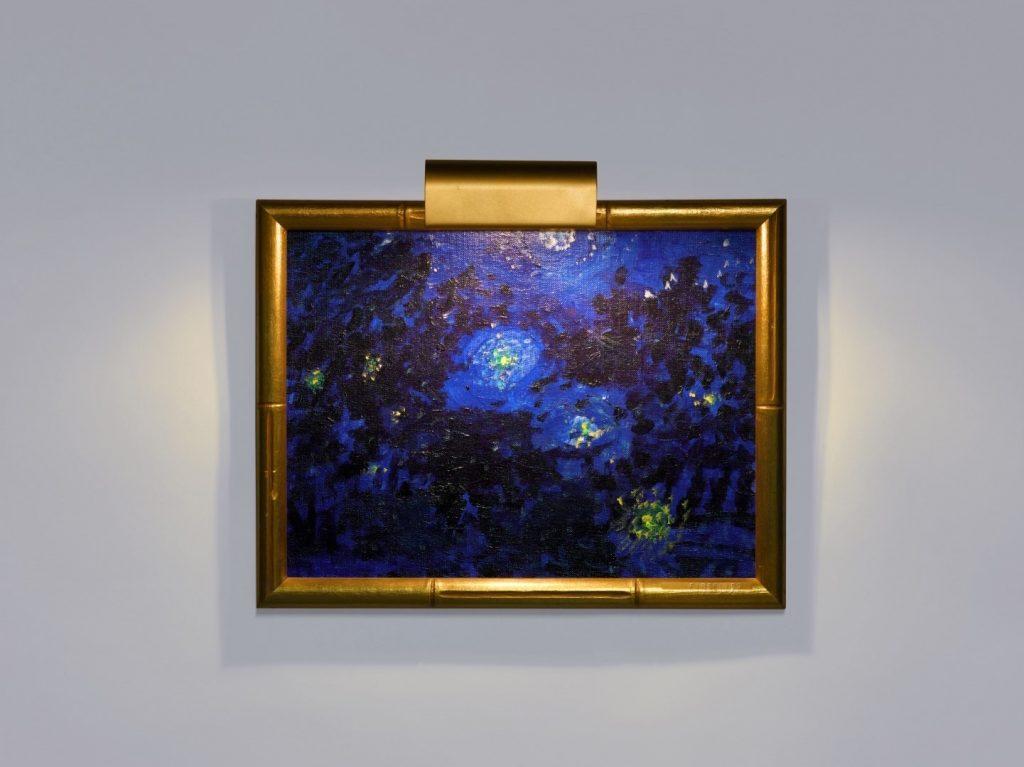 When Sotheby’s offered this work in late June, it not only more than tripled the high estimate, it also became the third-most expensive work at auction for the artist. The artist “has quite the cult following,” according to Antonia Gardner, Sotheby’s head of contemporary art day sales.

Only six works from this series by Thek have ever appeared on the secondary market before, she notes. “For me, there is something particularly special about, the way the light illuminates the neon green pigments creates a glowing effect, and it was wonderful to see four eager participants fight for this work.”

According to Alexander and Bonin gallery, though Thek was primarily known for his wax sculptures, he began and ended his career as a painter. 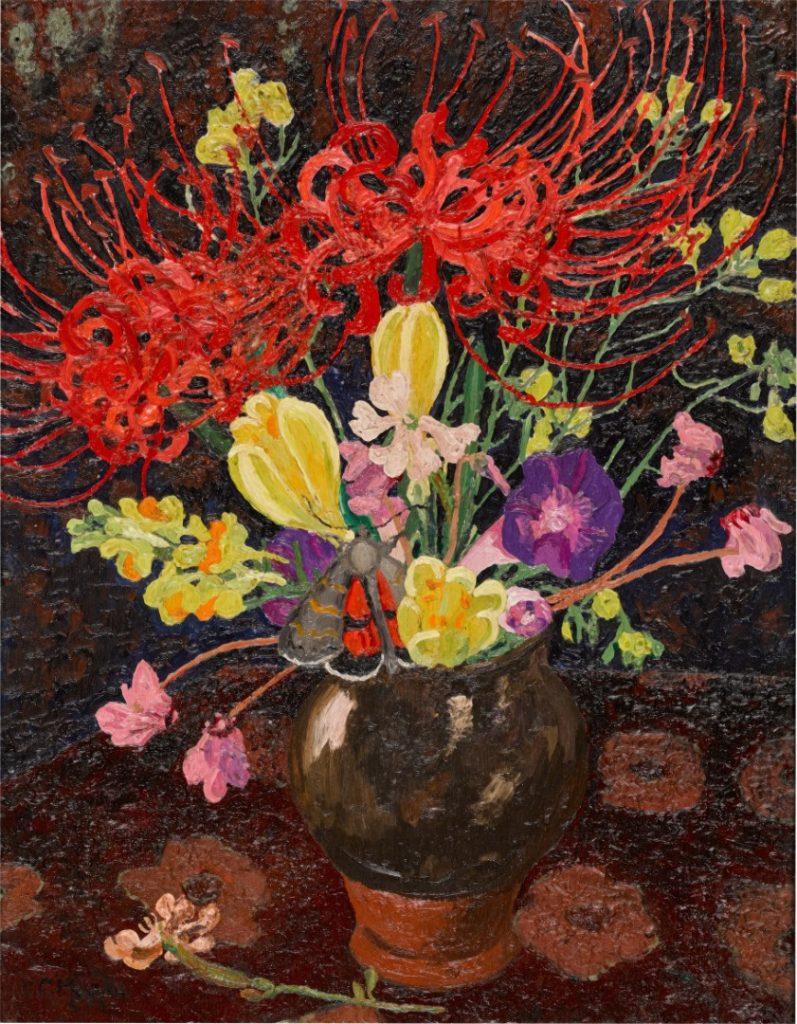 This oil on board painting from the Wakefield Family Collection totaled more than 10 times the lower end of its presale expectation, making it the fourth most expensive work by Sir Cedric Morris sold at auction, according to Artnet’s Price Database. In fact, the artist’s second and the third highest prices were also set at the very same Modern British day sale at the end of June. The painter and plantsman who died in 1982 is now in , literally, with his colorful, vivid portraits of plants, and his love for plants and gardening inspiring a menswear fashion photoshoot by Erdem.

This work was among a group of works by Morris that were acquired directly from the artist nearly 70 years ago, and the stunning prices achieved could be seen as a reflection of a growing interest in Morris’s works in the last few years (the artist record was set in 2020). Frances Christie, deputy chair for Sotheby’s U.K. and Ireland, called “a little jewel of a picture,” which had “the palette of a Dutch old master, with a dark dramatic background in contrast to the incredibly vibrant explosion of flowers at the center.” Morris’s life as a serious plantsman influenced his art tremendously, and his former tranquil home at Benton End, where he lived with his partner Lett Haines, is currently undergoing restoration before reopening as an artistic residence, school, and horticultural center.