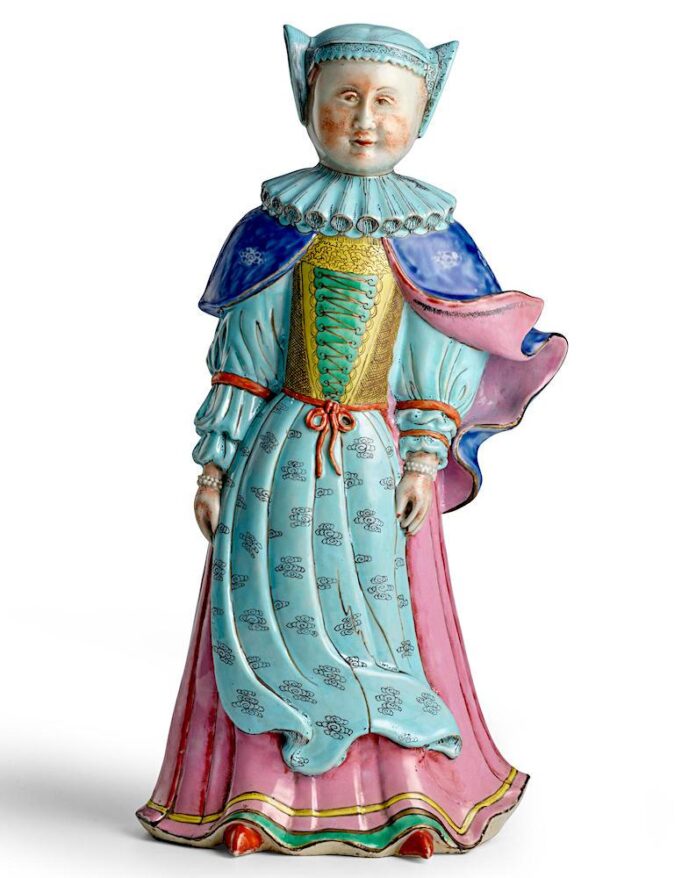 Bonhams New York is offering a host of delicate treasures in its “Cohen & Cohen: 50 Years of Chinese Export Porcelain” live auction on January 24.

On view January 18–23, the 155 lots feature an array of mostly 18th-century Chinese porcelains, including famille rose vase garnitures, rare ‘European subject’ dishes and figures, and large Kangxi-period famille verte and blue and white dishes, a popular style for porcelain cabinets of the time.

Vying for highest sale price is a figure of a European lady from the Qianlong period, ca. 1740, estimated to fetch between $80,000–$100,000. The famille rose standing lady appears to have been modeled after a print by Dutch artist Casper Luyken, ca. 1703. The pattern illustrates figures in 17th-century Jewish costume, allegedly worn by women in Frankfurt’s Jewish community.

“One lovely aspect of the European lady figure is that the Chinese potter,” Michael C. Hughes, Vice President & Head of Department for Chinese Ceramics and Works of Art at Bonhams, told Artnet News, “is after having copied the sculptural form and style of dress from the original Western print, he did not know the decoration to be found on the lady’s clothing. So he had simply added an entirely Chinese decoration, as you see in the cloud scrolls on the apron and the dragon roundels to the blue cape.”

Among the highest estimates is a pair of large famille rose ‘torch bearer’ candle sconces for the European market, ca. 1740, estimated at $80,000–$120,000. The brightly colored, ornamental pieces have an enameled center with a standing figure holding a flaming torch overhead and an unlit torch lowered at the right side. It’s all within a cheerfully hued frame displaying latticework, scrolling leaf forms, and other baroque motifs, as well as open-winged parrots for extra splash, all enameled and featuring gilt highlights. 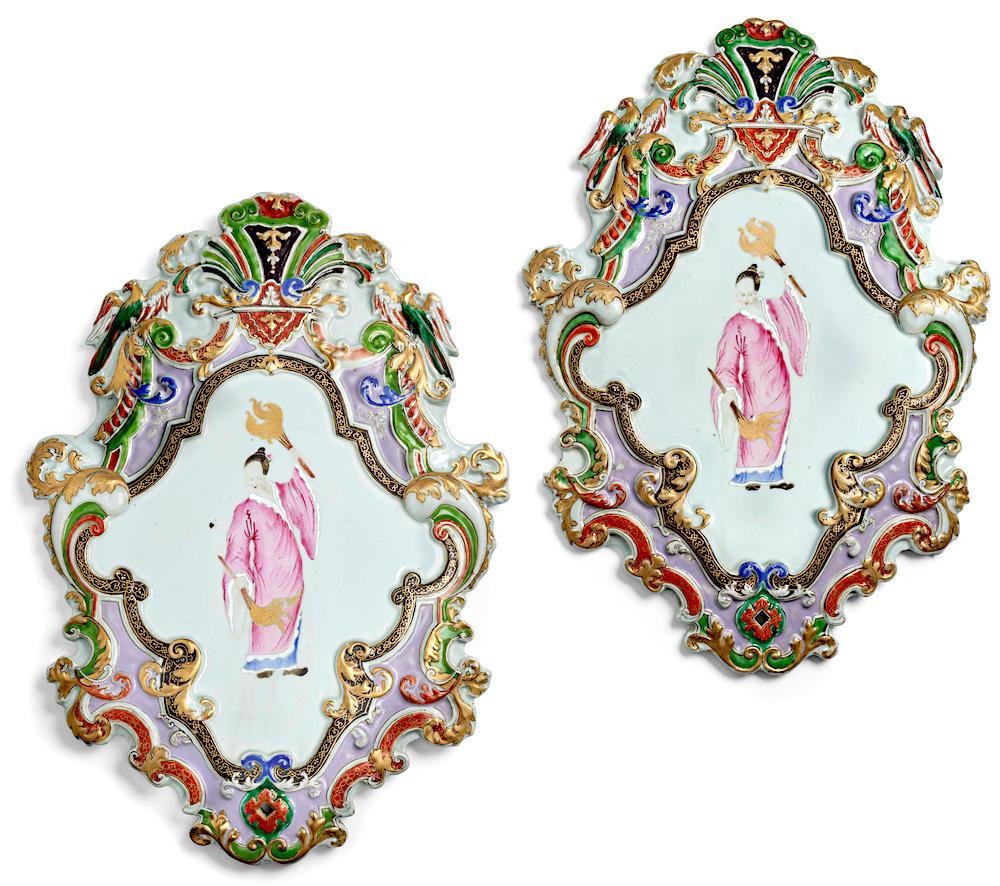 Bonhams has had a long relationship with Michael and Ewa Cohen. The Cohens have had clients around the world, from the Hong Kong Maritime Museum in Hong Kong to the British Museum in London and the Metropolitan Museum in New York, among many others, noted Hughes. “Michael and Ewa’s philosophy was to buy as collectors rather than dealers—only buying pieces that excited them,” he said. “They had standards to what they collected and sought out exceptional quality, rarity, and historic interest…We’re honored to be a part of their story.”

From a rare Book of Kings folio to a Lady Gaga hair sculpture: our pick of the highlights from October’s sales

Lego Art: Designs That Will Blow Your Mind