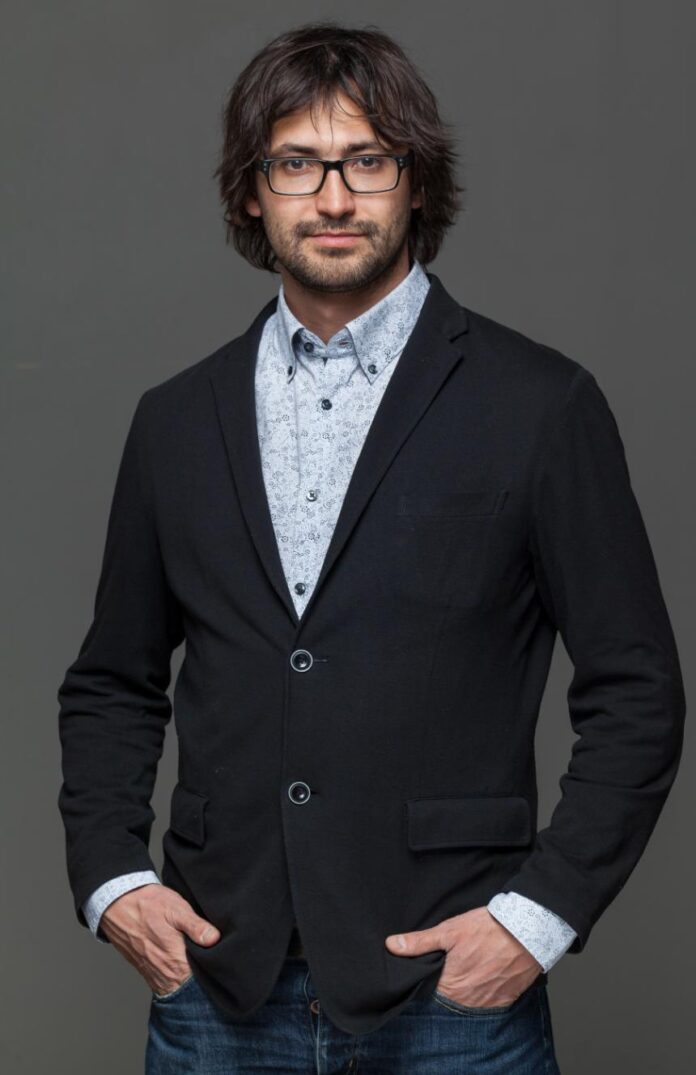 Dimitri Ozerkov, the head of the contemporary art department at the State Hermitage Museum in St Petersburg, has resigned due to Russia’s invasion of Ukraine. Ozerkov tells The Art Newspaper that director Mikhail Piotrovsky’s interview confirming his support for Vladimir Putin’s actions further “catalysed” his decision to step down.

“I decided to quit after the war started,” Ozerkov wrote in an Instagram post on Sunday 2 October. “The final decision was taken after the interview with [the] museum’s director general was published. I handed over the part of [the] print collection I was responsible for and, since early March, I haven’t participated in any museum’s activities. I left because I don’t intend to have anything in common with today’s Russia.”

When asked by The Art Newspaper where he was now based, Ozerkov said: “It is hard to say where I am. Leaving Russia was more important than going somewhere.” He later posted another image talking about “the locals” that appears to have been taken in Isfahan, Iran.

Ozerkov had been silent since removing his profile photo from Instagram on 24 February, the day Putin launched the invasion, and writing: “I do not understand why everything cannot be decided at the negotiating table (tables!); I am ashamed to look into the eyes of others because of today’s news.”

In his new post Ozerkov wrote: “After Russia sent its troops to Ukraine dialogue and respect ceased to mean anything in Russia, the news [was] replaced by propaganda that says nothing about Russian armed forces to be accused of numerous crimes against the civilian population. As a Russian citizen I saw this shame as my own fault too and I shared this opinion. Then my choice was to stop doing anything in and for today’s Russia.” He added that he has also quit his posts for other St Petersburg art projects and the local government’s council for culture.

Piotrovsky, after initially avoiding direct comment, came out in support of Russia’s miliary operation in a June interview in the Russian government’s official newspaper Rossiiskaya Gazeta. “We are all militarists and imperials,” he said. “First and foremost, it is my country and I must be with it.” Piotrovsky’s son, Boris, is St Petersburg’s vice-governor in charge of culture.

Ozerkov, 46, had worked at the Hermitage for 22 years, starting as a curator of prints from the 15th to 18th centuries. As the head of the Hermitage 20/21 Project to integrate contemporary art into the imperial museum, he brought Manifesta—the roving European contemporary art biennial—to St Petersburg in 2014, and shows by Jan Fabre and Anselm Kiefer in subsequent years. He also oversaw the reconstructed General Staff building as a venue dedicated to modern art. More recently he promoted NFT projects at the museum. In 2021, he was involved in a conflict with the New York-based architect Hani Rashid over the construction of a contemporary art venue for the Hermitage in Moscow.

At the time of publication the Hermitage had not issued an official comment on Ozerkov’s departure, which is the biggest museum resignation since Vladimir Opredelenov, the deputy director for digital development at the Pushkin State Museum of Fine Arts, resigned immediately after the invasion began.

Many reacted on social media to Ozerkov’s announcement. Some criticised him for waiting so many months and until after Putin’s 21 September announcement of “partial mobilisation” to go public. Other Russians commentators took it as a further sign that their pre-war lives were slipping away. “I read your post with tears,” wrote one woman below Ozerkov’s Instagram post. “Will there really be no more of the old life?!” Some international colleagues praised Ozerkov. “Much respect for you, it takes courage!,” wrote Nanne Dekking, previously the chairman of Tefaf and a Sotheby’s vice chairman.

Ozerkov ended his post with a Biblical reference: “I salute all for whom the Greek word Exodus, used by the writers of the Septuagint, has become the only possible way out of the current situation. Russia squeezed out all of us who wanted nothing but good [for] its culture.”