Home News Revamped Museum of Islamic Art in Doha to reopen with more than... 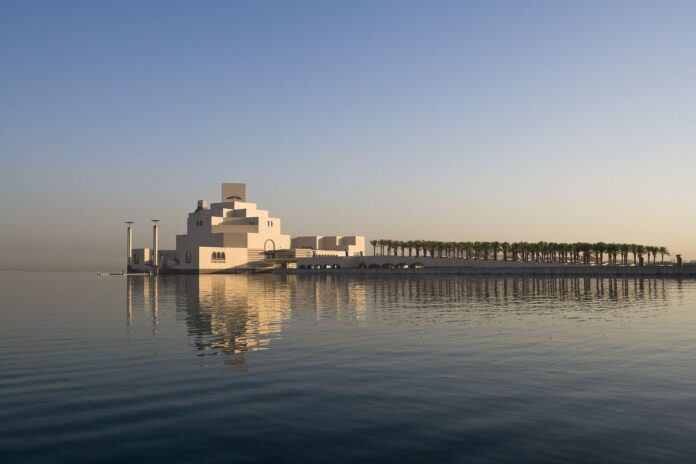 One of the most important museums in the Middle East, the museum of Islamic Art (MIA) in Doha, is due to reopen on 5 October following the “reimagination and reinstallation of its permanent collection galleries”, say museum officials in a statement. The museum has been closed since April 2021; the reconfiguration of the museum is part of a cultural bonanza in the small oil-rich state ahead of the Fifa World Cup launching in November.

The galleries will be organised according to broad historical and cultural themes, periods and geography, and will explore the “great traditions of Islamic craftsmanship”, according to officials. The newly restored 19th-century Damascus Room, which took three years to re-assemble and conserve, is among the main attractions.

More than 1,000 objects, some of which are newly conserved or acquired, will be displayed for the first time. A selection of some of MIA’s most significant artefacts—including the ninth-century Blue Qur’an, the Cavour Vase (late 13th century), the Varanasi necklace (around 1609), the late 16th-century Ramayana manuscript for Hamida Banu Begum, and the Franchetti tapestry (around 1575)—will go on display in the first gallery on level two.

Galleries in the same section are also dedicated to the Qur’an and its history as well as education within Islamic cultures. Another new section on level three focuses on the three “Gunpowder” empires: the Ottomans, ruling from Turkey over Arab territories; the Safavids (Iran); and the Mughals (South Asia). A new Southeast Asia room representing the Muslim populations of that region, and their presence in Qatar and the Gulf, is also among the new displays.

The inaugural temporary exhibition, Baghdad: Eye’s Delight (26 October-25 February 2023) charts the history of the Iraqi capital from antiquity until today. Curators focus on key eras such as the Abbasid dynasty (750-1258) and the period between the 1940s and 1970s when Baghdad developed into a more cosmopolitan metropolis. Objects are on loan from 22 institutions worldwide including the Metropolitan Museum of Art in New York.

The MIA, an architectural landmark designed by the Pritzker Prize-winning architect I.M. Pei, opened in 2008. The museum overhaul is among a raft of cultural initiatives designed to boost Qatar’s soft power status. Qatar Museums also announced last year that more than 40 new and commissioned public works will go on show throughout Doha as part of a mass public art programme.

The state is also moving ahead with plans to build three new museums, including a new institution called the Lusail museum designed by the high-profile Swiss architects Herzog & de Meuron which will be “home to the world’s most extensive collection of Orientalist paintings, drawings, photography, sculptures, rare texts and applied arts”.