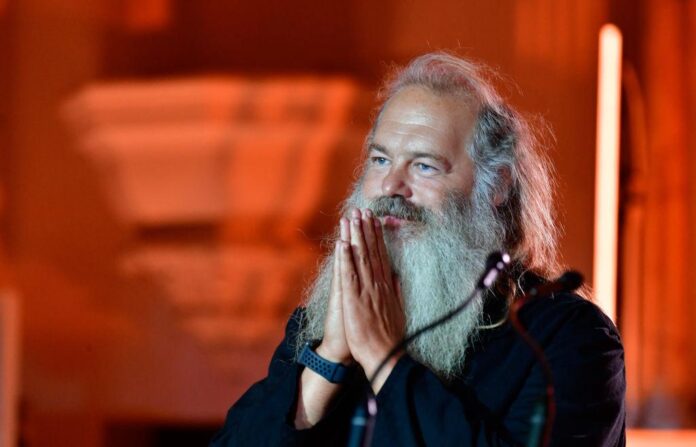 It really holds up that sometimes, truth is stranger than fiction. A few months ago, news broke that a home in Marfa, Texas that used to belong to seminal minimalist sculptor Donald Judd had been destroyed in fire, reducing it to a pile of rubble (no one was hurt). According to property records, Judd, who is known for making the small West Texan town an art-world destination, bought the house in 1990. And according to Wet Paint’s sources in town, the owner when it was set ablaze was none other than… Rick Rubin.

Just let that sink in.

The town’s local paper, The Big Bend Sentinel, reported at the time that a family of three was in the house when the fire occurred, but did not name names (Rubin is married to the actress/model Mourielle Hurtado Herrera, and the couple had their first child in 2017). A local sheriff who was on the scene, Danny Dominguez, told the paper that he found a man struggling to breathe on the house’s second-floor: “He said, ‘I’m ok.’ I said, ‘No, you’re not.’”

According to a source based in Marfa, the house has now been completely leveled, and Rubin plans to rebuild on the plot. The Judd Foundation declined to comment, and Rubin could not be reached directly by the time of publishing. 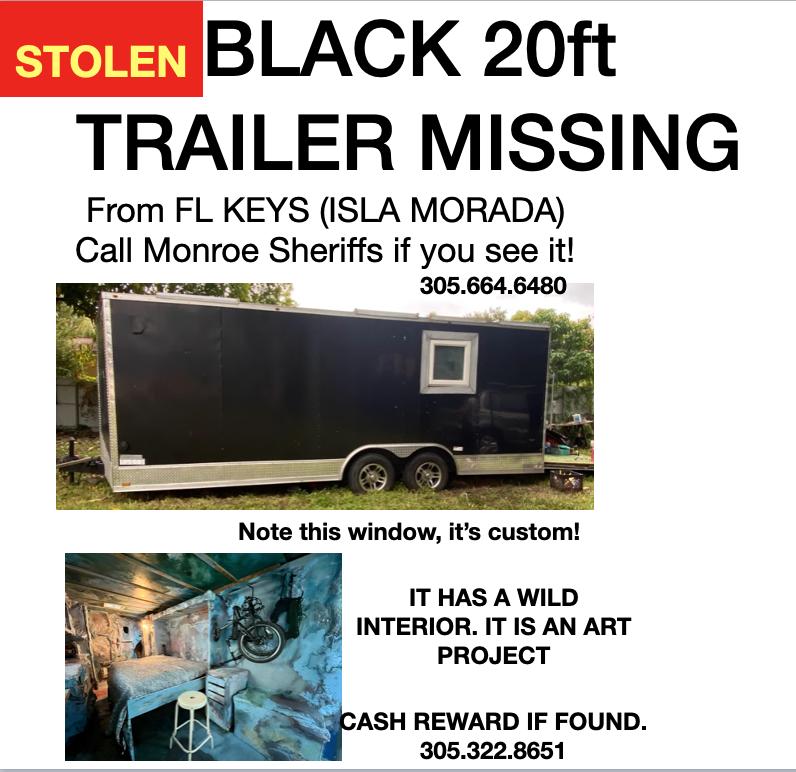 In a previous Wet Paint, I made the joke that my ears perk up whenever I hear about an art heist. And it is true, the Thomas Crown narrative will always be a seductive one to me. However, it brings me absolutely no satisfaction when a piece of art is stolen before it can be cherished, consumed, or otherwise experienced. Sadly, this happened this past week in Miami to conceptual artist Jillian Mayer.

“It’s funny because it crosses the line of storage theft, art theft, and grand theft auto,” she told me over the phone, before clarifying that it’s not really ha-ha funny, but more-so ironic. Mayer had been working for the past four years on a piece titled Low Res, which was a sort of gesamtkunstwerk created in a revamped trailer. “When you open the trailer, you’re thrown into this immersive, abstract tiny home that takes cues from survivalist and prepper culture that I’ve been researching,” she said.

Mayer funded the piece through local grants, and estimates that at least $20,000 worth of materials were put into it. After its debut, the piece was going to operate as a sort of mini-residency program. It was snatched from where it was parked in Islamorada, which is next to Key Largo and about an hour and a half outside of Miami. 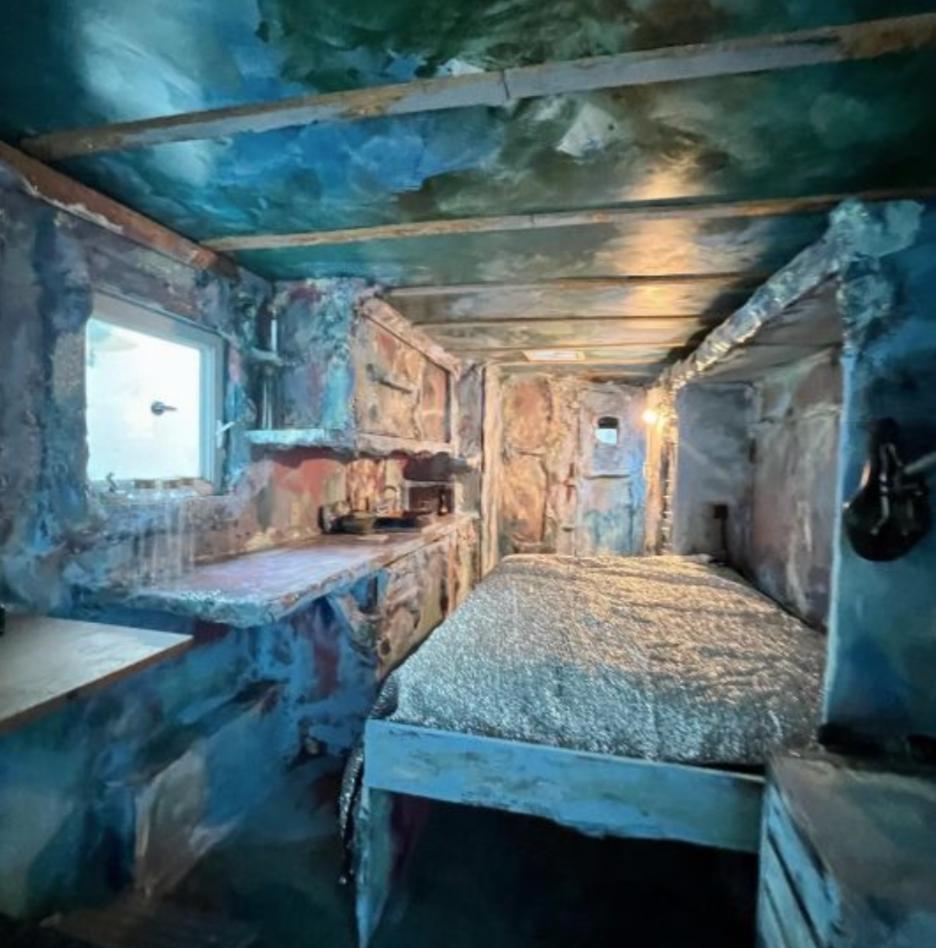 “The police think this was a professional heist,” she explained. There was a hitch lock on the trailer, which the perps somehow got around, and then stole a license plate from a nearby car so as to not attract attention when they drove off.

Many art cars are easily recognizable (I don’t think you’d get very far in a stolen Kenny Scharf-mobile), but unfortunately, Mayer had kept the exterior of the van nondescript, with the sculptural element left to the inside of the trailer, where she had installed a kiln, custom ceramic appliances, a solar-panel system, and vivid painted walls.

As it stands, the artist is offering a reward for finding the piece, which she was due to unveil during Art Basel Miami Beach in December. Mayer surmised, “Hopefully it comes back. I wonder if they stole it knowing what was inside, or was that just a very weird surprise.” 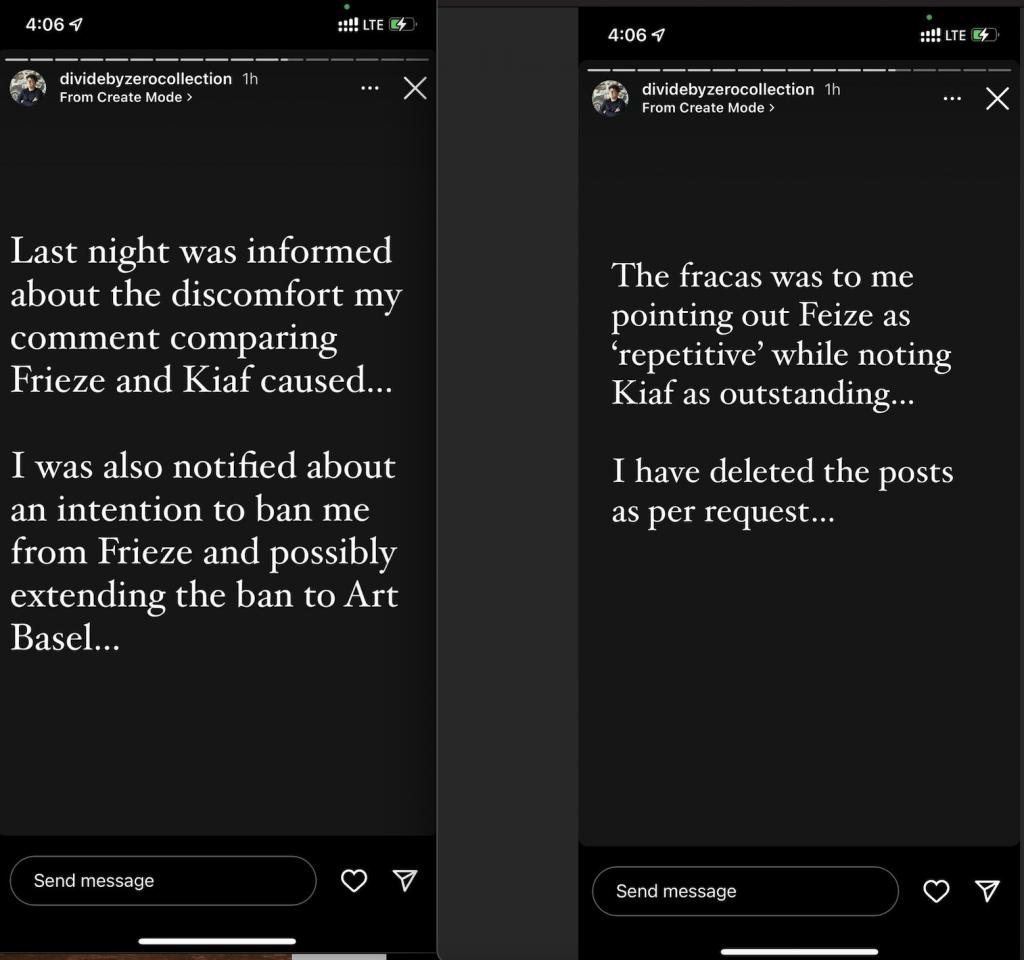 Hong Kong–based collector Divide By Zero apparently got into some trouble with Frieze Seoul for calling the fair “repetitive,” and, according to him, the fair threatened to retaliate by banning him … Night Gallery has taken on Los Angeles-based painter Elaine Stocki … Miles McEnery Gallery is now representing Jacob Hashimoto … Jordan Wolfson’s notorious, polarizing Female Figure is headed to the Brant Foundation in East Village next month, cementing the perfect date-spot in New York City from Wet Paint’s point of view … A new gallery with a solely BIPOC, femme roster, Cierra Britton Gallery, has opened its doors on Broome Street with its inaugural show “keep it cute” by Jewel Ham … According to Samuel Hine‘s “Show Notes,” an imposter Emmanuel Perrotin swam to a party he was not invited to in Miami, only to be stopped at the door because he was not, in fact, Emmanuel Perrotin …

Wet Paint is going on a two-week vacation starting next week, so you won’t be hearing from me for a minute. That doesn’t mean I won’t still have my ear to the ground, so don’t forget to send me all your juiciest tips to [email protected]. I’ll see you all in London.