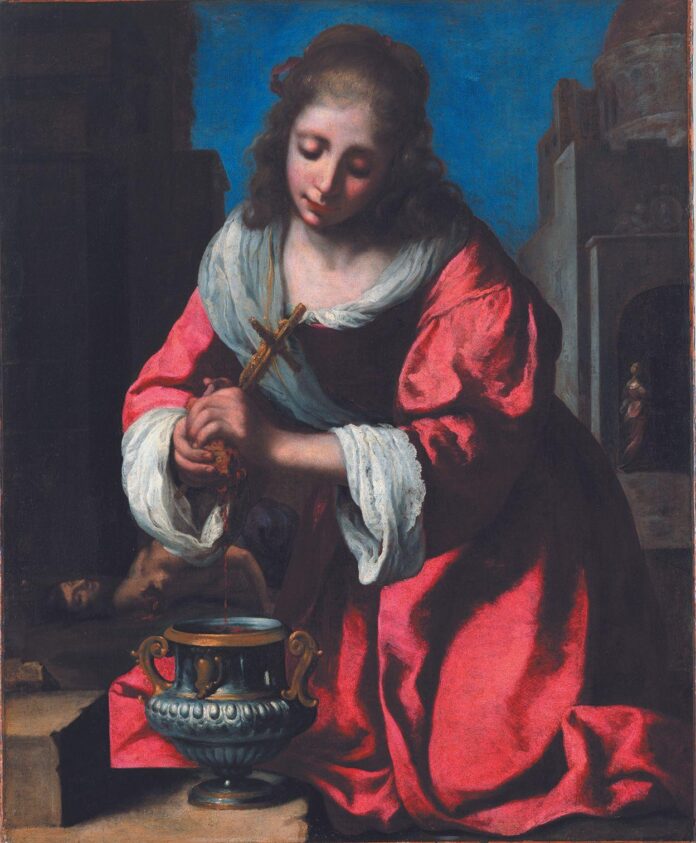 The Rijksmuseum in Amsterdam is understandably delighted to be able to assemble 28 paintings of Johannes Vermeer’s small oeuvre for its survey show next year, but what is particularly interesting is what lies behind the numbers.

The museum has upgraded three paintings which have been questioned by distinguished specialists. This widening of the oeuvre, together with associated technical research, is likely to have a profound impact on how art historians regard Vermeer’s art.

The biggest surprise is the inclusion of Girl with a Flute (1664-67 or later), from the National Gallery of Art in Washington, DC. As recently as 7 October, the US gallery revealed that its curator, Marjorie Wieseman, believes that the painting was produced by “an associate of Vermeer—not by the Dutch artist himself, as was previously believed”. This followed a detailed scientific examination. The painting is labelled as a studio work in the current Washington, DC exhibition Vermeer’s Secrets (until 8 January 2023).

The Rijksmuseum openly disagrees, now accepting Girl with a Flute as fully authentic. It is unusual for a museum to downgrade one of its own paintings at precisely the same moment when the attribution is upgraded by another institution with special expertise.

Pieter Roelofs, the Rijksmuseum co-curator, told the Amsterdam newspaper Het Parool: “It is being lent as a ‘non-Vermeer’, but we will hang it as a real Vermeer.” Lightheartedly, he added that “the doubt will disappear during the flight over the ocean”.

A painting of Saint Praxedis is also now regarded as an authentic Vermeer. It is a copy of a work (1640-45, now in the Fergnani collection, Ferrara) by the Italian artist Felice Ficherelli. Saint Praxedis (1655) was first identified in 1969 as a possible copy by Vermeer, because of an apparent signature, and for many years its champion was Arthur Wheelock, a Vermeer specialist then at the National Gallery of Art.

Otherwise it was widely rejected, including by the late Walter Liedtke (formerly of the Metropolitan Museum of Art, New York) and Jørgen Wadum (Mauritshuis, The Hague). It was also excluded from The Young Vermeer exhibition held in The Hague, Dresden and Edinburgh in 2010-11.

In 2014 Saint Praxedis was auctioned by Christie’s as a Vermeer (by this time with more widespread support from specialists), selling for £6.2m. We can report that it will be coming to the Rijksmuseum next year courtesy of Tokyo’s National Museum of Western Art, on loan from a Japanese company. A technical examination by the Rijksmuseum has led to its full acceptance.

The final addition to the oeuvre is Young Woman Seated at a Virginal (1670-72). Although it had been widely rejected as a Vermeer for decades, it was re-examined shortly before being offered at Sotheby’s in 2004, when it fetched £16m. Despite some initial doubts, it has become increasingly accepted in recent years and, once again, a Rijksmuseum technical analysis has confirmed its authenticity. The private owner is the New York investment manager Thomas Kaplan, as part of his Leiden Collection.

Vermeer’s oeuvre has expanded significantly in recent decades. Albert Blankert’s 1975 Vermeer catalogue included 31 fully accepted works, and until a few years ago many specialists would have put the number at around 34. Now the Rijksmuseum says it is 37.

Another interesting question is which Vermeers will not be coming to the Rijksmuseum. The exhibition curators did their utmost to get every single picture, but there are still expected to be nine absentees. Two paintings cannot be lent because of conditions imposed by their bequests. These are both at the Metropolitan Museum of Art: A Maid Asleep (1656-57) and Study of a Young Woman (1665-67).

Barring a miraculous recovery, The Concert (1663-66) will also be absent. It was stolen from Boston’s Isabella Stewart Gardner Museum in 1990.

Three Vermeers are too fragile to travel: Lady at the Virginals with a Gentleman (early 1660s, Royal Collection, London), Young Woman with a Water Pitcher (around 1662, Metropolitan Museum of Art) and The Guitar Player (1672, Kenwood/English Heritage).

Vermeer’s greatest masterpiece, The Art of Painting (1666-68, Kunsthistorisches Museum, Vienna) is not being lent, because of its fragility and also because of its importance for museum visitors. However, it was on loan to six exhibitions from 2000 to 2008.

Although the Musée du Louvre in Paris is generously lending The Lacemaker (1666-68), The Astronomer (1668) is currently on loan to the Louvre Abu Dhabi, as part of a major fee arrangement. The Abu Dhabi loan, which began in November 2021, was initially due to run until October 2022, but was recently extended to June 2023 (the month that the Rijksmuseum show closes). The loss of The Astronomer is particularly unfortunate, since its pendant, The Geographer (1669, Städel Museum, Frankfurt), will be coming.

The final Vermeer which has eluded the Rijksmuseum is The Girl with a Wine Glass (1658-59). It belongs to the Herzog Anton Ulrich-Museum in Braunschweig, central Germany. Although lent to Dresden last year, the gallery says that it is too important a work for the museum and they did not feel they could lend this fragile picture again.

Although the Rijksmuseum is sticking with the figure of 28 paintings, its curators have a lingering hope that one or two absentees might still be coaxed into the exhibition before the opening.