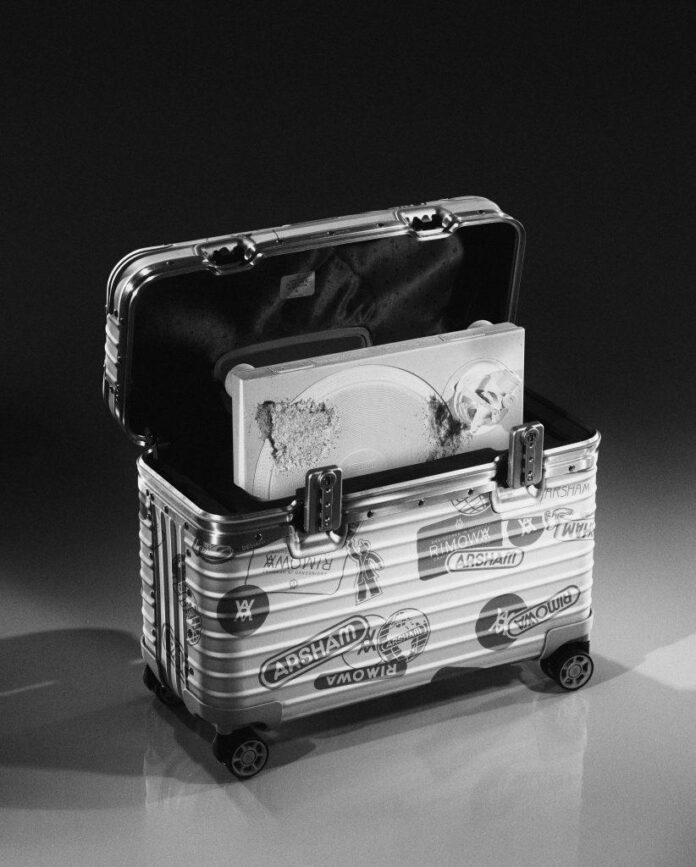 As the world slowly emerges from the time warp that was the last two and a half years, moving into a period of quasi-normality after being brought to an abrupt and prolonged halt—“moving” being the key word here—it is only appropriate that a luggage maker like Rimowa would team up with an artist like Daniel Arsham.

They have worked together before: In 2019 (i.e., the final year of the Before Times), Arsham created an “eroded suitcase” for the German brand, with its signature grooved-aluminum design rendered in architectural materials. Nodding to the artist’s “Future Relics” series, which reimagined mundane objects as modern artifacts discovered in a dystopian future, it appeared to have been excavated during an archaeological dig.

While doing research for that prescient collaboration, Arsham spotted Rimowa’s pilot case in the company’s archives. Originally designed in 1994 to fit into the space behind a pilot’s seat, the carry-on quickly became a favorite among airline staff as well as DJs, who co-opted it to transport their records and equipment.

Now, the case has been reissued and reimagined by the artist as a special-edition collector’s piece, its aluminum anodized with vintage-style logos in an exclusive shade of Arsham Green Pantone. “The design of those graphics is based on historical Rimowa campaigns, going back decades,” Arsham told Artnet News. “I’ve re-thought them to commingle with my design language.” 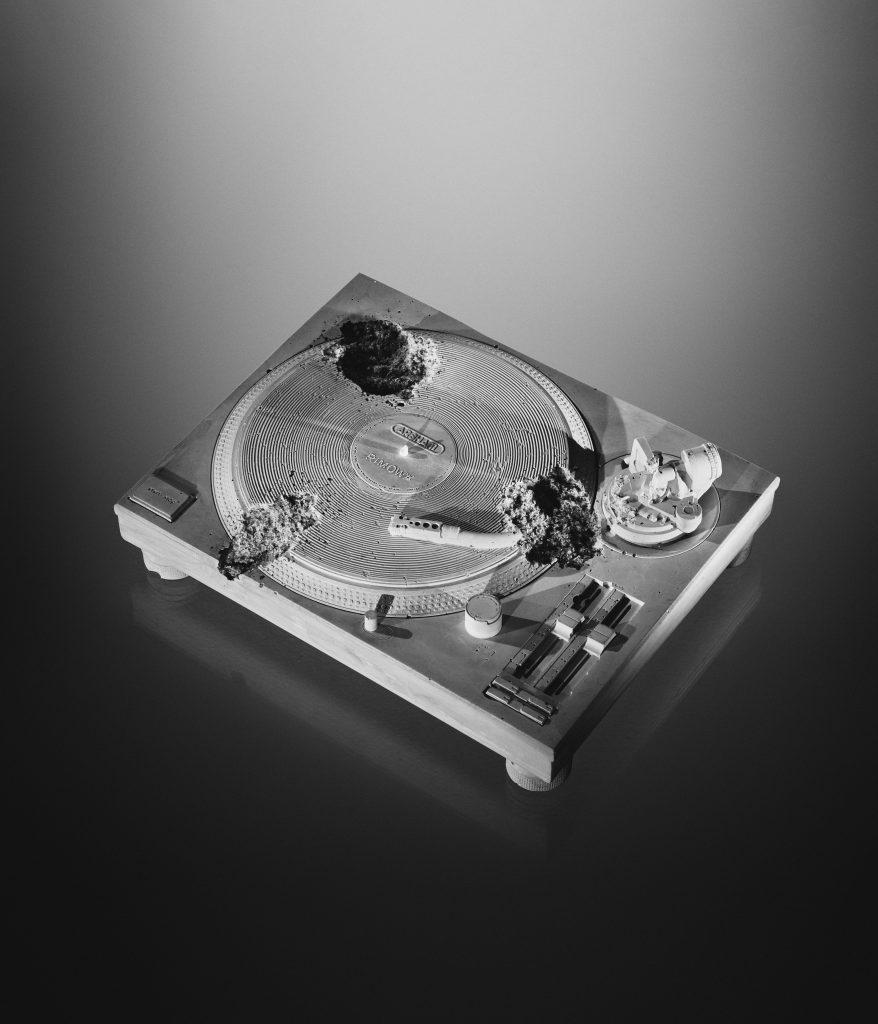 Inside the case, cushioned in removable protective foam, you’ll find his latest work of “fictional archaeology,” as he described it: an “eroded turntable” sculpted by hand from plaster and crushed glass (art handling gloves are included), in homage to the pilot case’s history. “These works kind of float in time,” Arsham said—and now, also across space.

The Rimowa x Daniel Arsham Eroded Turntable in Pilot Case is limited to two editions of 500: Starting October 7, silver models will be available for $3,600 via arshameditions.shop, at rimowa.com, and at Rimowa stores in the Americas and Europe. Black models will be sold exclusively in Rimowa stores across Asia and the brand’s website. Each comes with a uniquely numbered certificate of authenticity.

The suitcase is, in essence, a time capsule on wheels (four spinning ones, in this instance). “What I find beautiful about these cases is that they will always have a little bit of a scar from their travel experience,” said Arsham, who had been using the brand’s luggage for years before they first collaborated. “I like the idea that they trace the memory of the different journeys that you’ve taken.”

He added: “Rimowa and I share an interest in process, in an object’s evolution over time. A suitcase is covered by stickers or blemishes; a sculpture erodes and crystallizes.”