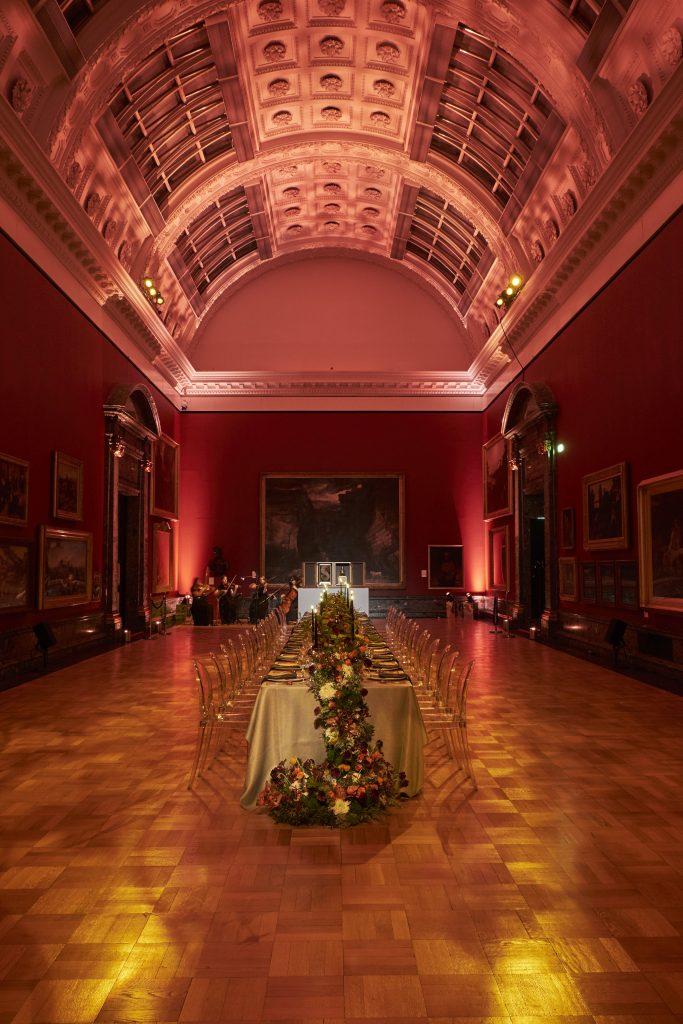 The unveiling of Kate MccGwire’s wondrous metal-and-feather Protean at Frieze London was celebrated with a grand dinner befitting the monumental sculpture. It was a rare and deserved public victory lap for MccGwire, who mostly lets her enigmatic and intricate work speak for itself. Sidestepping the hustle and bustle of the fair’s tent in Regent’s Park, Royal Salute Whisky celebrated her achievement by hosting the October 13 event at the most opulent banquet hall imaginable—Tate Britain. 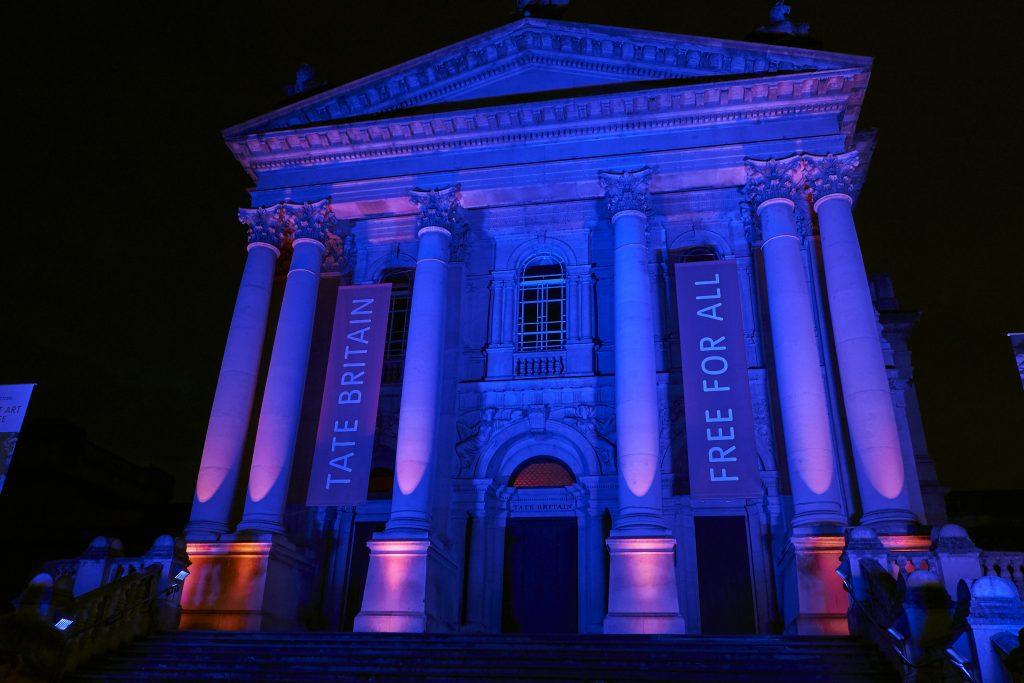 The institution’s neoclassical exterior was illuminated in royal blue, creating a mysterious, beckoning facade on this moonlit evening. MccGwire, in her opening toast, cited the natural world as her chief muse: “I have always been inspired by the powerful forces of nature, but also the delicate and fragile elements that exist in nature, too.” 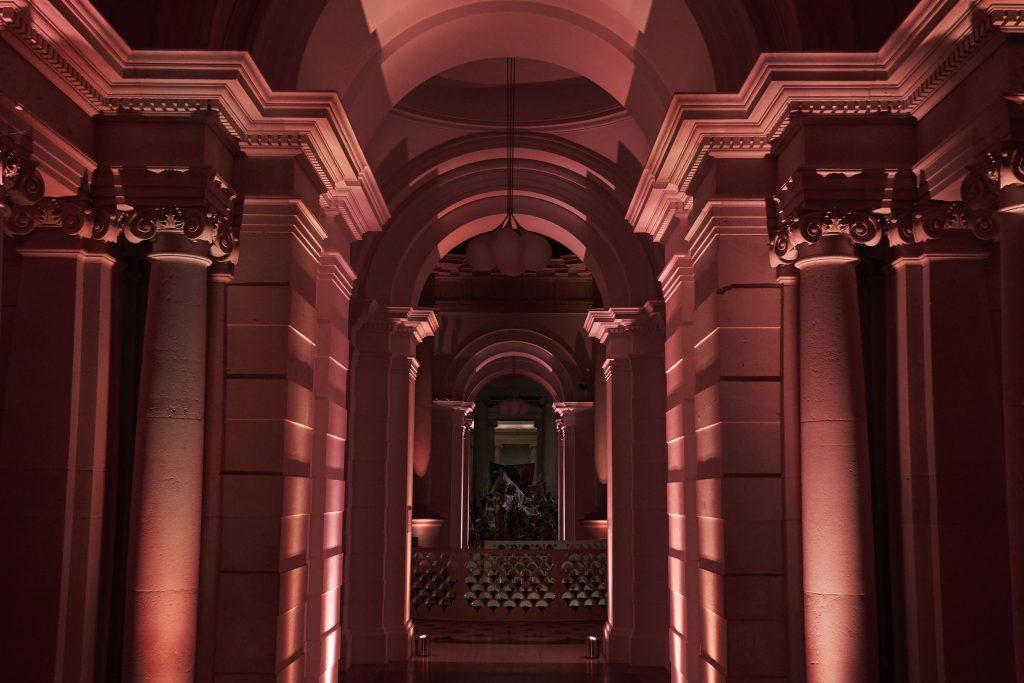 The dinner was situated in Gallery 9 underneath the majestic domed ceilings and surrounded by masterpieces by Thomas Gainsborough, William Hogarth and John Everett Millais, attendees dined on Scottish-themed dishes such as twice-baked Richard III Wensleydale soufflé, celeriac consommé, and 31-day aged Aberdeen Angus fillet. The table settings were a subtle nod to Protean‘s material contrast of soft feathers with hard metal. Bundles of ivy, asparagus fern, and heather covered the table and spilled onto the floor. Glistening amongst the greenery was copper cutlery that not only echoed the sculpture, but also the patinated whisky stills that served as inspiration. And yes—plenty of that elixir was flowing, some blends as rare and exclusive as the esteemed works on the walls. 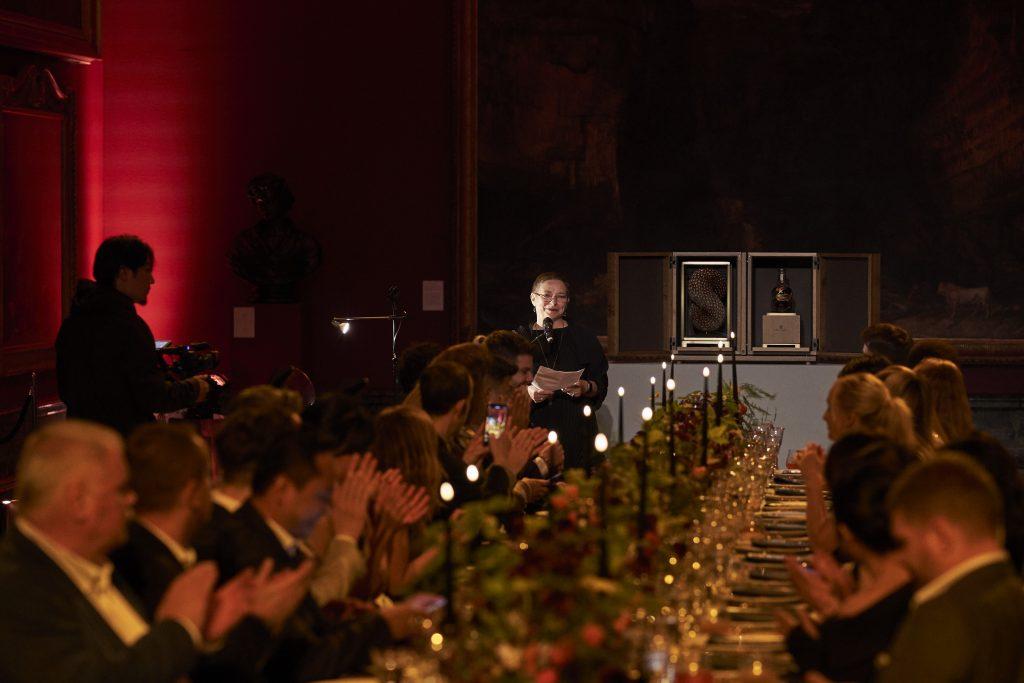 Art and spirit intertwine in MccGwire’s Paragon, a limited-edition set that pairs an original, undulating (and unmistakably MccGwire) sculpture with a handblown crystal decanter containing 53-year-old blended Scotch whisky. Housed in an oak cabinet atop a pedestal, Paragon already looks like an otherworldly totem; spotlit dramatically within Gallery 9, it seemed genuinely magical. Guests were given the opportunity to sample the whisky within (the blend was christened “Royal Salute ‘Forces of Nature’ by Kate MccGwire” and featured a nose of blood orange, honey blossom, and mango mixed with rich caramel and dark licorice—a fitting yin-yang combination). A Signature Blend and a Malts Blend, both aged 21 years, were also on hand to taste, as well as cocktails for those who prefer their whisky not straight up (the Kensington, the Versailles). MccGwire summed it all up eloquently: “This body of work was inspired by the ever-changing forces of nature that influence the forms and energy that embody my sculptures, but also the luminous amber of the water that flows through the Highlands, an intrinsic and essential part of the whisky making process.” All in all, the evening served up a perfect synergy. 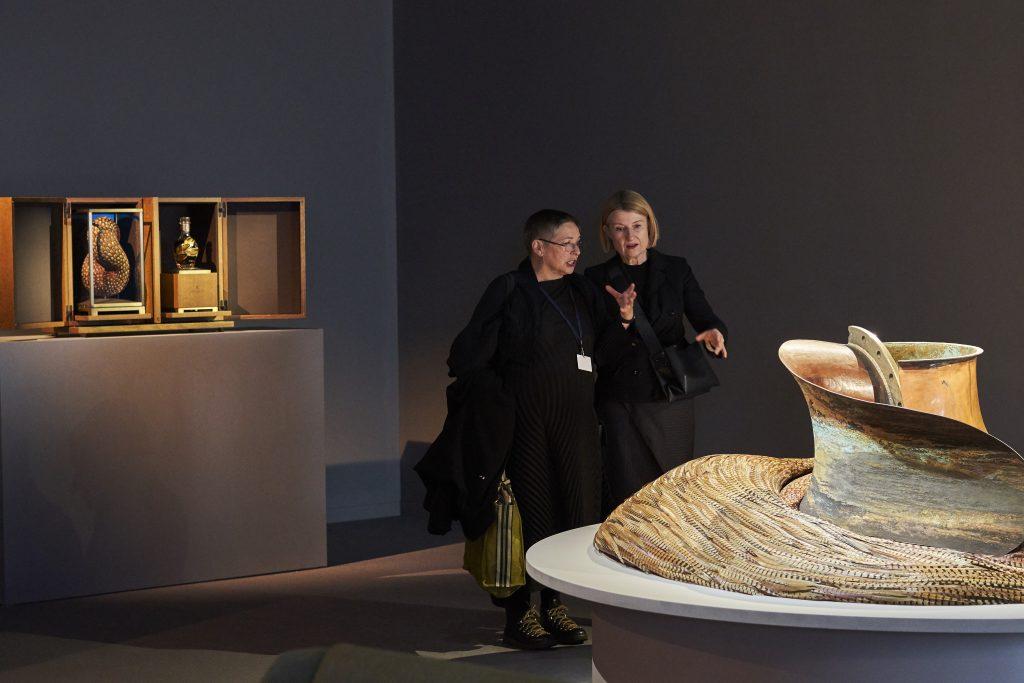 Before the celebration, the artist Kate MccGwire gives a tour of and in the Royal Salute lounge at Frieze London. Photo: Danny J. Peace. 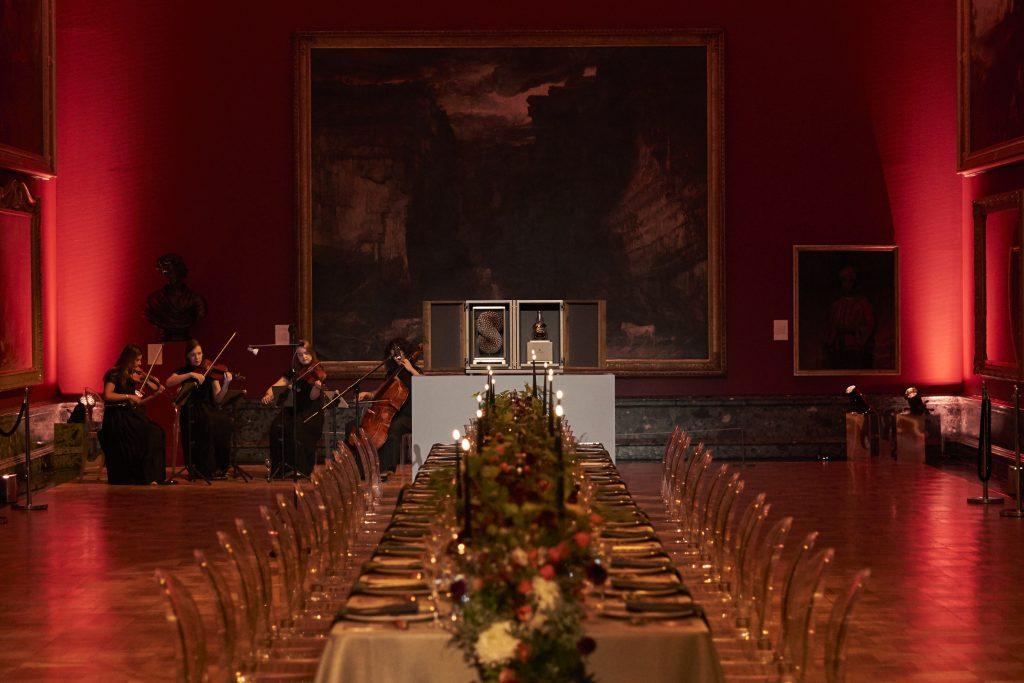 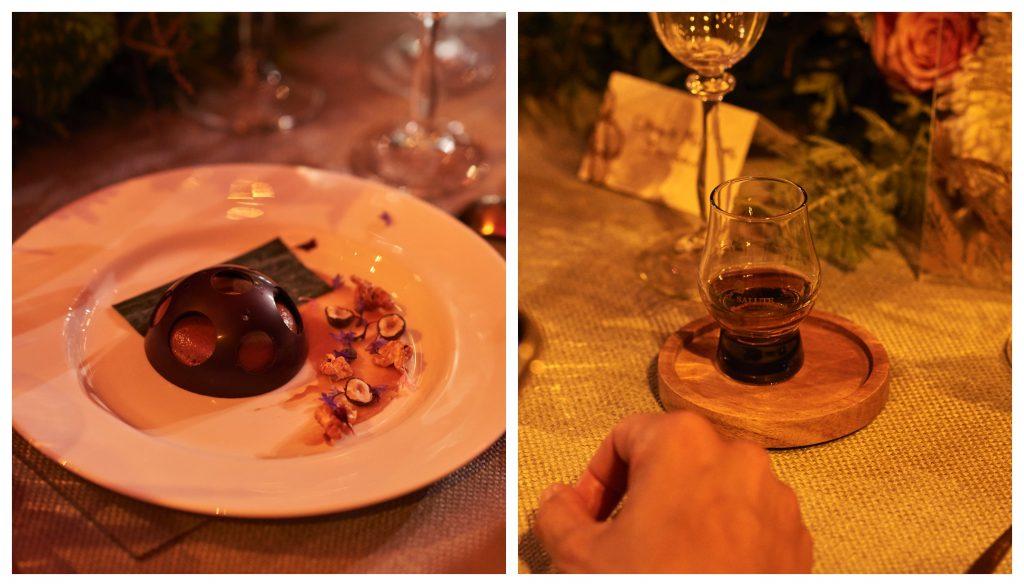 Whisky tasting is enjoyable and suitable before or after dessert. Photo: Danny J. Peace. 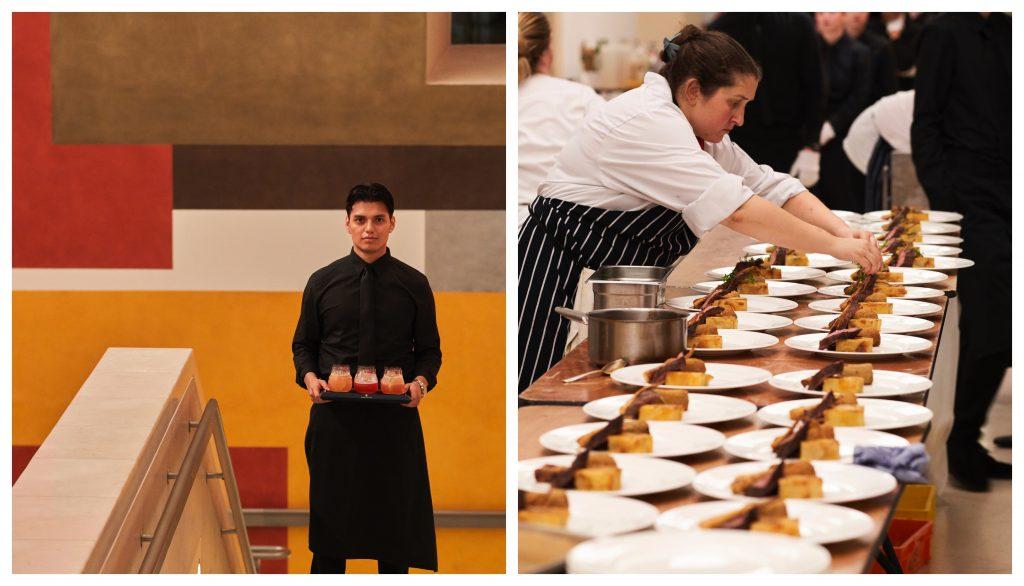 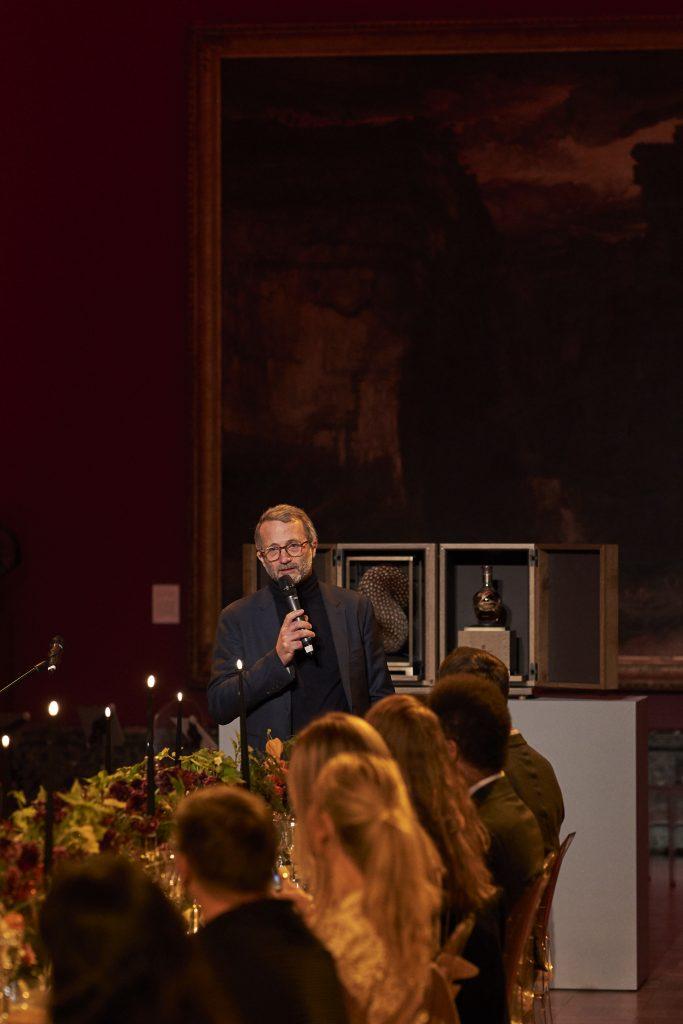 Visit www.royalsalute.com and follow @royalsalute on social media to find out more.

Compound, a High-Profile Art and Wellness Center in California, Has Closed Its Doors Just a Year After Opening