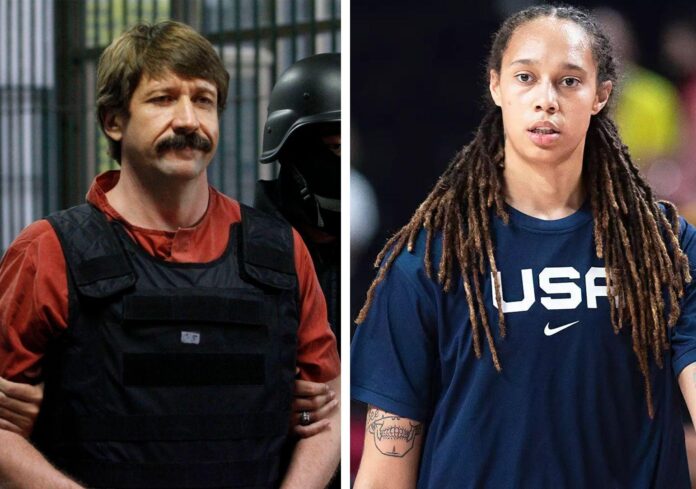 The US authorities have released notorious Russian arms dealer-cum-amateur artist Viktor Bout in a dramatic prisoner swap for American basketball player Brittney Griner, who was incarcerated in Russia for 10 months on drug smuggling charges. Bout served 12 years of a 25-year sentence. He was arrested in 2008 in Thailand after the US authorities accused him of conspiring to sell smuggled weapons to the Revolutionary Armed Forces of Colombia (aka FARC).

Immediately after landing in Moscow, Bout, 55, told a reporter, “[The US authorities] simply woke me up in the middle of the night and said ‘Get your things together.’ There was no prior warning.”

The two prisoners were filmed walking past each other on the tarmac of an airport in the United Arab Emirates on Thursday during the exchange. “As a result of the efforts made, we managed to agree with the American side on an exchange of Viktor Bout for Brittney Griner. The Russian citizen has been returned to his homeland,” Russia’s foreign ministry said.

US president Joe Biden had prioritised Griner’s release after the 32-year-old two-time Olympic gold medalist was arrested in February for possession of cannabis oil at a Moscow airport. She was sentenced to nine years in a Russian penal colony. “I’m glad to say Brittney is in good spirits,” Biden said at the White House. “She’s on her way home after months of being unjustly detained in Russia, held under intolerable circumstances…She needs time and space to recover.”

In December 2021, Moscow’s Civic Chamber building exhibited 24 works Bout created behind bars, including drawings and paintings made using pencil, ballpoint pen, pastel, wax crayon, and oil paint. The show was curated by his wife, Alla, who told The Art Newspaper at the time, “TV channels are interested in Viktor’s case, they want to know what his life is like. There is also a lot of interest in his art, which he has spent the last six years creating. The exhibition proves that my husband has not lost heart and is still creative. His art is the only way he can communicate with the outside world.”

Those present at the show were optimistic about Bout’s prospect of release, including the chairman of Russia’s Civic Chamber Commission Alexander Vorontsov, who said: “We are gathered here today so that the man who is in an American prison will not resign himself to the fate of America’s justice system… Viktor’s paintings are an expression of his soul and feelings, his striving for life and belief that justice will prevail.”