Home News ‘They Are Thieves of Time’: Paleontologists Speak Out Against the Booming Market... 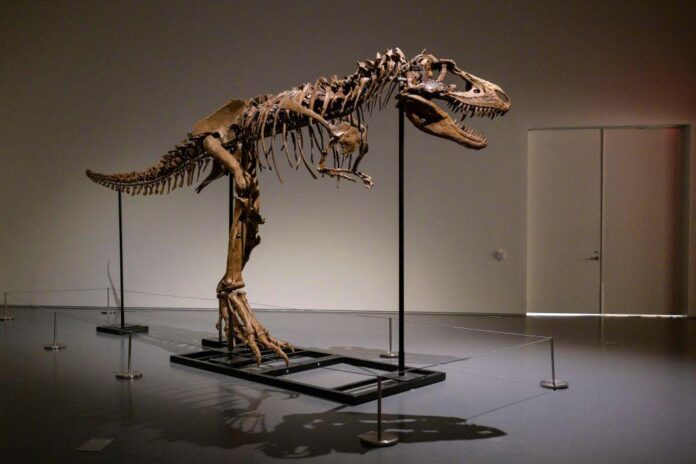 “Voracious” is one way to describe the market for dinosaur bones in recent years, as art collectors, celebrities, and others have joined in on the increasingly pricy hunt for prehistoric artifacts. But not everyone believes these objects should be sold.

Following Sotheby’s sale of a 77-million-year-old Gorgosaurus skeleton for $6.1 million last month, some experts have started speaking out against the trend, claiming that it is doing a huge disservice to science.

“Dinosaurs are becoming a commodity traded on the global market, a luxury item affordable only to the wealthiest people, little different than fine art or classic cars or old bottles of whisky,” Steve Brusatte, an American paleontologist who works for the University of Edinburgh, told the Daily Mail.

“They are little more than toys for the rich,” he went on. “If an oligarch buys a dinosaur skeleton and puts it in the foyer of one of his mansions, then it is effectively lost to science. Gone, a ghost.”

The Gorgosaurus skeleton that sold at Sotheby’s New York was the first of its kind to hit the auction block and just one of 20 ever discovered. With so few examples in existence, the impact of losing one to private hands is not exaggerated, particularly when it comes to gathering data. Scientists need numerous specimens to make educated determinations about specific traits that distinguish on species from another.

Another paleontologist, Thomas Carr from Wisconsin’s Carthage College, compared dinosaur auctions to “the last copy of a book being thrown into the fire.”

He added: “When the skeleton was purchased by a private collector, it no longer exists to scientists anymore.” 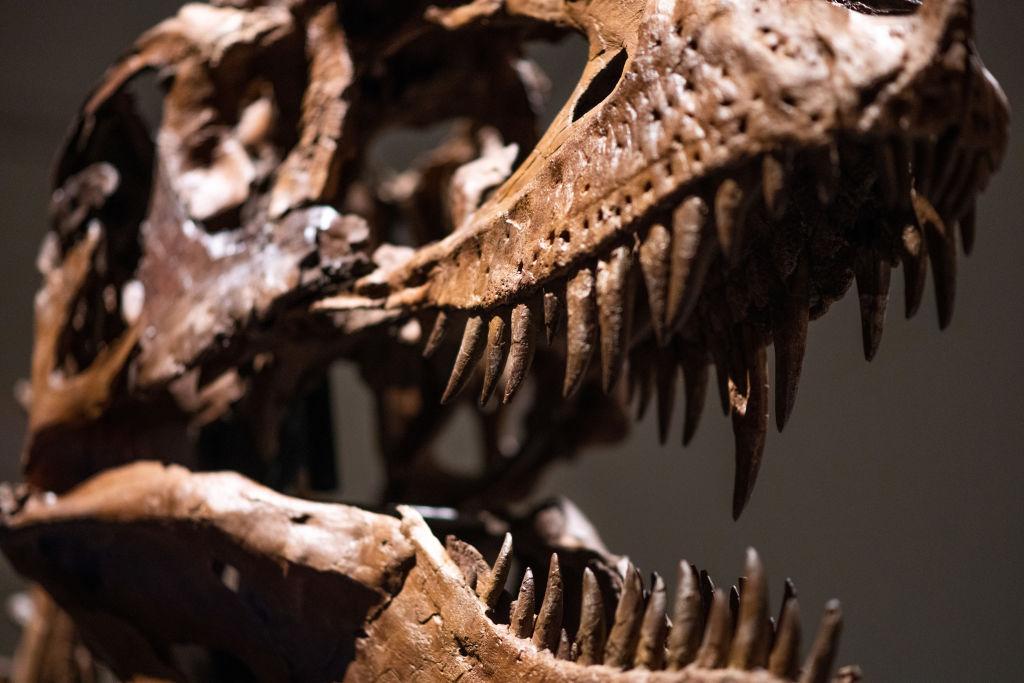 A close up of a Gorgosaurus Skeleton is on display during a press preview at Sotheby’s on July 05, 2022 in New York City. (Photo by Alexi Rosenfeld/Getty Images)

Both Carr and Brusatte advocate for exhumed dinosaur remains to be given to museums and other educational institutions accessible to the scientific community. But Sotheby’s Senior Vice President Cassandra Hatton says that just because a prehistoric relic ends up in private hands doesn’t mean that it’s lost to researchers forever.

“These specimens have survived for millions of years, and will be around for millions more; while there is a chance they may not be available for study immediately following the sale, they surely will be at some point in the future,” she said in a statement to Artnet News.

Hatton further suggested that, not only is there “no evidence of [auctions] being a problem for scientists,” in fact “private collectors and research institutions can benefit from each other in ways that are essential to the long-term preservation of fossil specimens and to raise awareness, as well as educate the public about dinosaurs.”

“Private collectors,” she explained, “play a critical role in the distribution of objects to museum collections, often donating or loaning items for permanent or long-term view and research. Our experience thus far has been that most collectors will loan or donate newer specimens that warrant further academic study to institutions.”

“Most collectors are at heart passionate about the study and preservation of fossils, and the pleasure of sharing these incredible items with others is common among the community of collectors,” Hatton added. 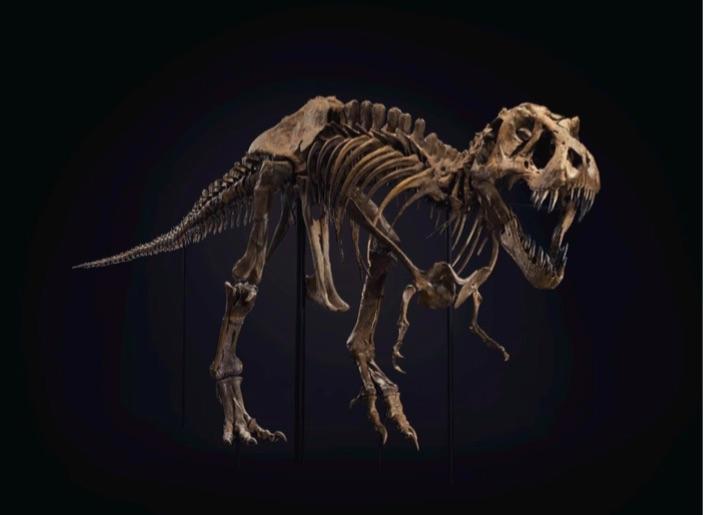 Christie’s sold a nearly complete skeleton of a T-Rex named Stan at its evening sale in November 2020 for $28 million ($31.8 million after fees). Image courtesy Christie’s.

Of course, Sotheby’s isn’t the only auction house to be in the business of selling dinosaur bones. In May, Christie’s sold a velociraptor skeleton for $12.4 million, while last fall the company auctioned off a T. rex skeleton for a record $31.8 million. The Drouot auction house in Paris sold a Triceratops for $7.4 million in October 2021 and an Allosaurus for $1.9 million in April 2018.

“Greed for money is what drives these auctions to sell dinosaur bones,” Carr told the . “Auction [houses] are a critical link in the chain, but every link is equally hellish. This chain includes commercial companies collecting [the fossils] to sell, then the auctions and the people with the money to buy the dinosaurs.”

“As scientists, we are helpless against that trinity,” the paleontologist said. “They are thieves of time.”

The NEH has given out $24.7 million to grants to an array of art spaces, researchers, and historical sites