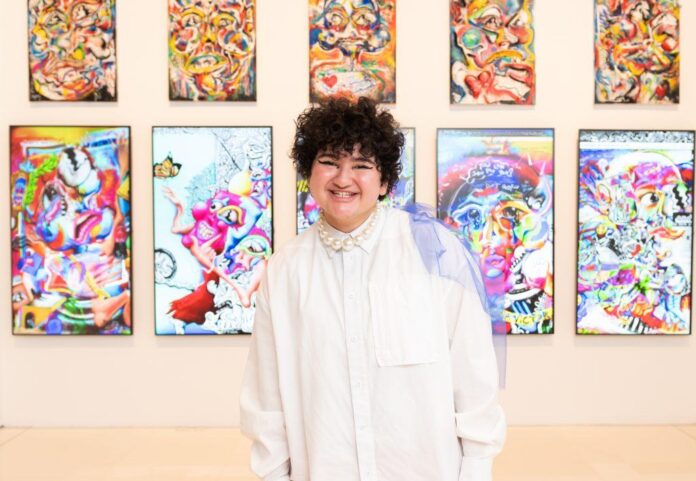 The lure of making a quick buck is strong, but for many in Gen Z, digital isn’t just a speculative pump and dump. It’s the driving force behind a generational vibe shift.

As a “geriatric millennial” (h/t to Shumon Basar, via the New Models podcast, for the term), I’m often stupefied at the ease with which Gen Z has been able to adapt and make culture through everything from TikTok to NFTs, all the while remaining true to themselves.

From an 18-year old inspired by Tron, to a 13-year old empowering different notions of female beauty, Artnet News has compiled a list of six of the most compelling—and fastest-rising—zoomer NFT art stars of today. 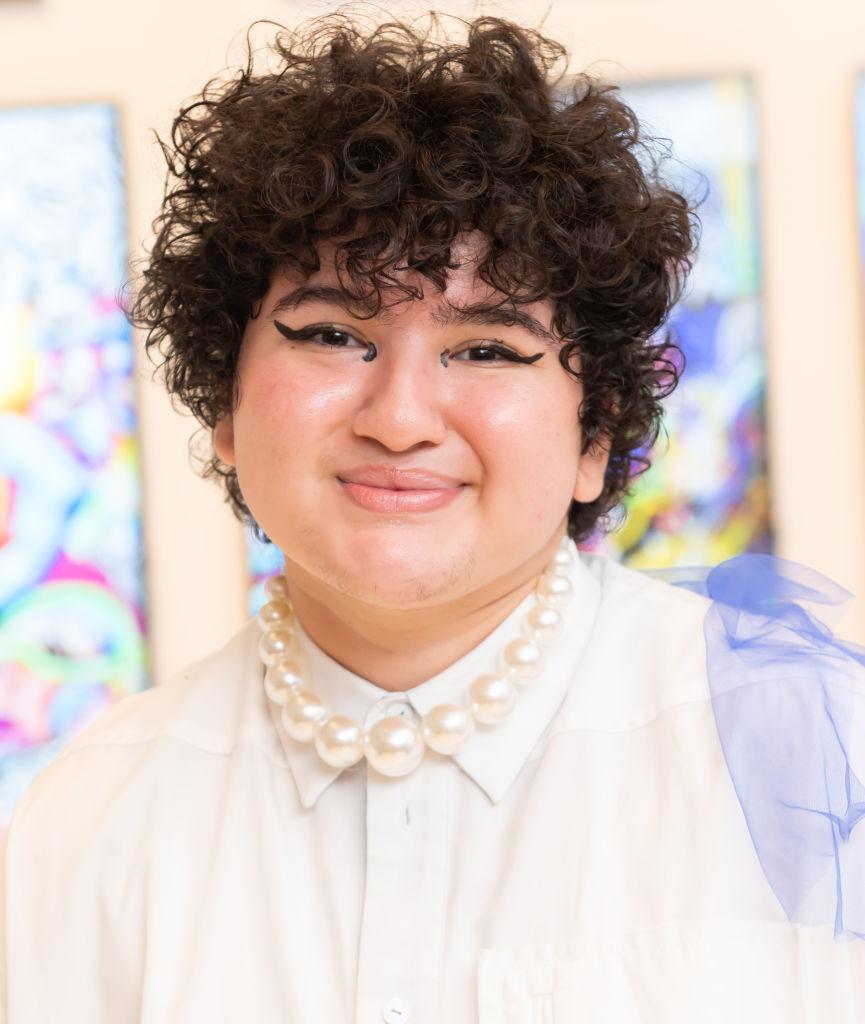 Who: Real name Victor Langlois, the artist is originally from Las Vegas and began making digital art at 13. The artist is often referred to simply as FEWO by fans.

Based In: New York

What They Make: Colorful designs based on identity. The artist’s early forays into digital art stem from a background as a refugee.

Why You Should Pay Attention: Besides having released some of the most popular drops on Nifty Gateway and having collaborated with RTKFT Studios on an immensely popular digital sneaker drop, FEWO’s pieces have also garnered considerable attention at auction, with pieces sold at Christie’s and Sotheby’s. The online sale of five lots at Christie’s, organized by then-head of NFTs Noah Davis, was entitled, “Hello, i’m Victor (FEWOCiOUS) and This Is My Life”; it earned $2.2 million, turning FEWO into an art-industry star basically overnight.

Fun Fact: On June 30, announced a new partnership with FEWOCiOUS after giving FEWO the cover of its Pride issue. Together, they will embark on a fundraiser, with partial proceeds from a July drop donated to the Trevor Project, one of the world’s leading suicide-prevention organizations for young LGBTQ+ people. 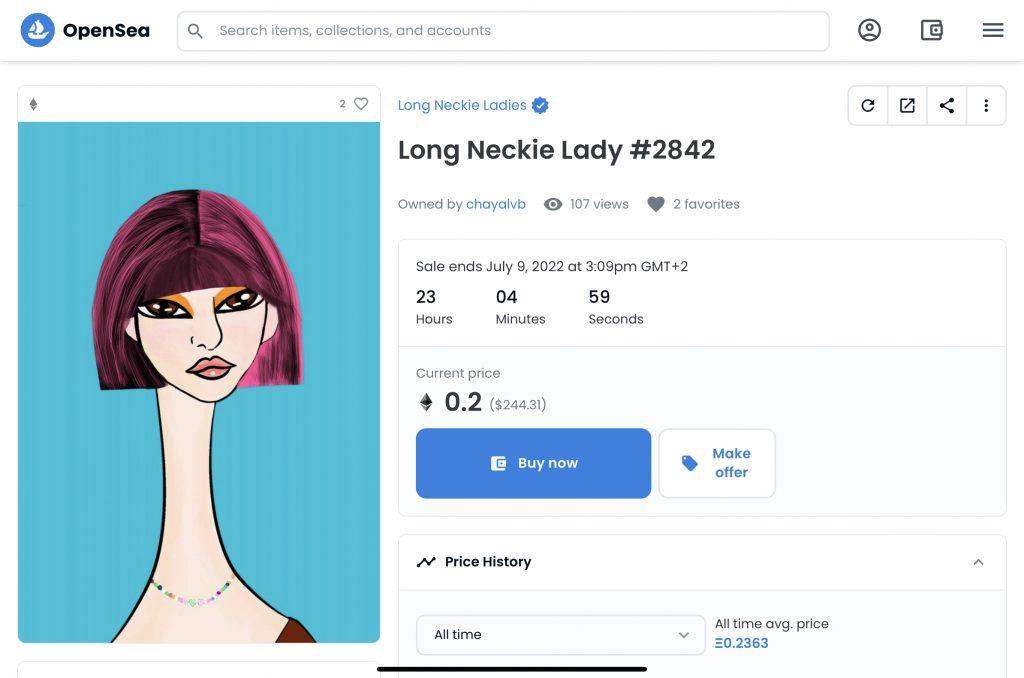 Based In: United States

What They Make: Nyla is the creator of the “Long Neckie Ladies” collection, a group of NFTs worth about $3.4 million in today’s terms, according to total sales volume from OpenSea. The works are portraits of women with different skin tones, hairstyles, makeup, and accessories, albeit all with a signature extra-long neck.

Price Range: Hayes’s art has so far generated nearly $7 million in total, according to data from OpenSea, with many of her portraits selling for thousands of dollars each. Her most expensive NFT, a hand-drawn, computer generated collectible out of 3,333 diverse females, sold for 4 ETH, or about $11,000 when it changed hands.

Why You Should Pay Attention: Hayes’s uncle initially encouraged her to make NFTs, which she has done with the help of her parents and brother. She has been featured on the Today Show, and is now signed to the Los Angeles-based talent agency CAA.

Fun Fact: Hayes is a fan of Frida Kahlo, with her portrait of the late Mexican master selling for $4,922 last February. 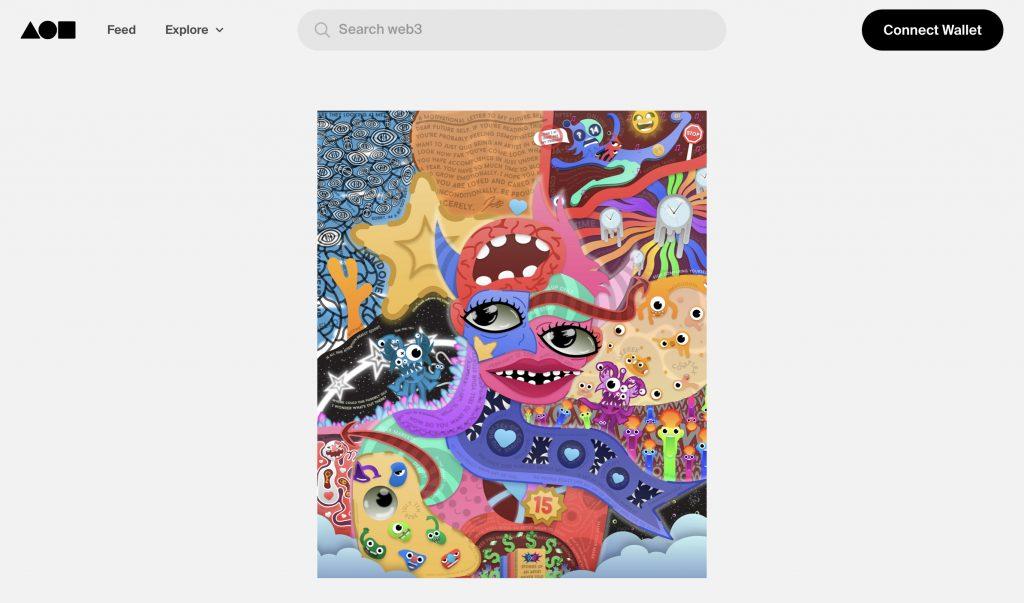 Who: Known as Jasti on socials, fluent in all facets of digital art and culture.

Based In: Tacoma, Washington

What They Make: His first major sale, a digital illustration of a waving, astronaut-like cartoon figure, sold for 20 ETH (about $30,000 at the time).

Price Range: In total, Stipp has created several sell-out editions that have grossed over $350,000 in primary sales, according to the Foundation NFT marketplace.

Why You Should Pay Attention: Despite his young age, the young artist shows a lot of promise as an entrepreneur. Before his marquee sale for 20 ETH, Stipp had been making and selling logo designs for customers through the social app Discord for $20 to $70 each.

Fun fact: He’s since sold enough NFTs to help his parents pay off their home and cars. And one of the first to bid on Stipp’s work was Victor Lanlois, who you know as FEWOCiOUS. 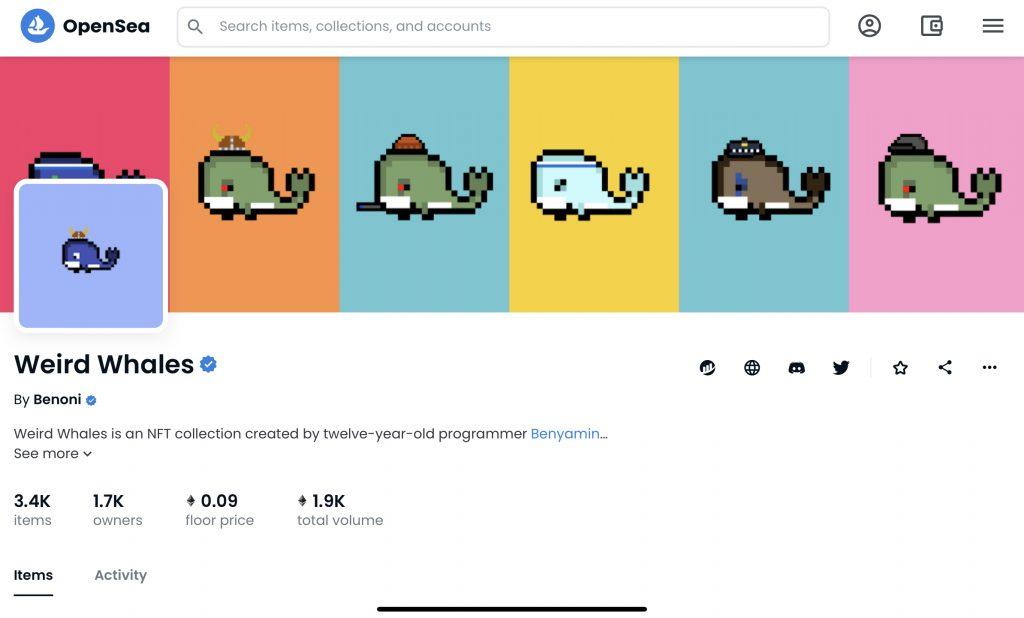 Who: A coder who became an NFT powerbroker in early 2021.

What They Make: Known for Weird Whales, a PFP collection of 3,350 NFTs.

Price Range: The floor price of a Weird Whale is .09 ETH (about $100), and with around 1,900 works sold thus far, the value of the collection falls just under $2 million.

Why You Should Pay Attention: After becoming obsessed with CryptoPunks, Ahmed took to OpenSea to create a derivative project based on pixelated whales, his favorite animal.

Fun Fact: He is also credited with partially inspiring Gremplin to create the CrypToadz project, a popular NFT project by the Evil Gremlin. 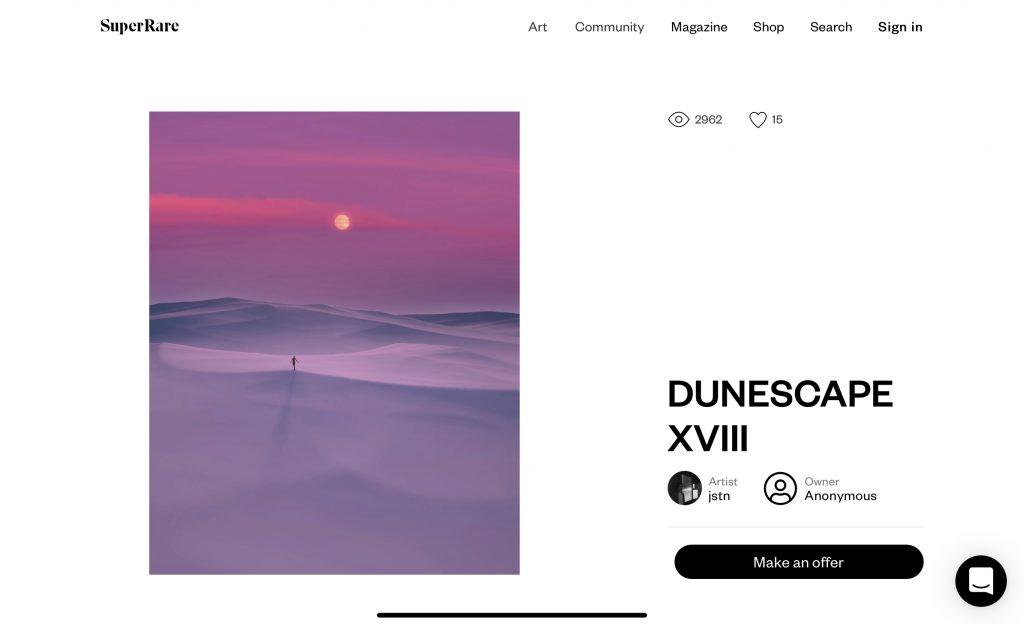 Who: Known on socials as jstngraphics.

What They Make: Surreal, dream-like environments and digital landscapes, as well as photography.

Price Range: Most of his pieces are minted on SuperRare, with one-of-ones ranging in price from $5,000 to $30,000 USD. Total sales have so far netted Bodnar more than $500,000 to date, according to data from SuperRare.

Why You Should Pay Attention: Despite his young age, Bodnar already has six-plus years of experience in graphic design, whch has earned him major respect in the NFT community.

Fun Fact: In an interview with the New York Times, Bodnar said he makes “tron-style” art, referring to the popular visual language that uses Tangram blocks. 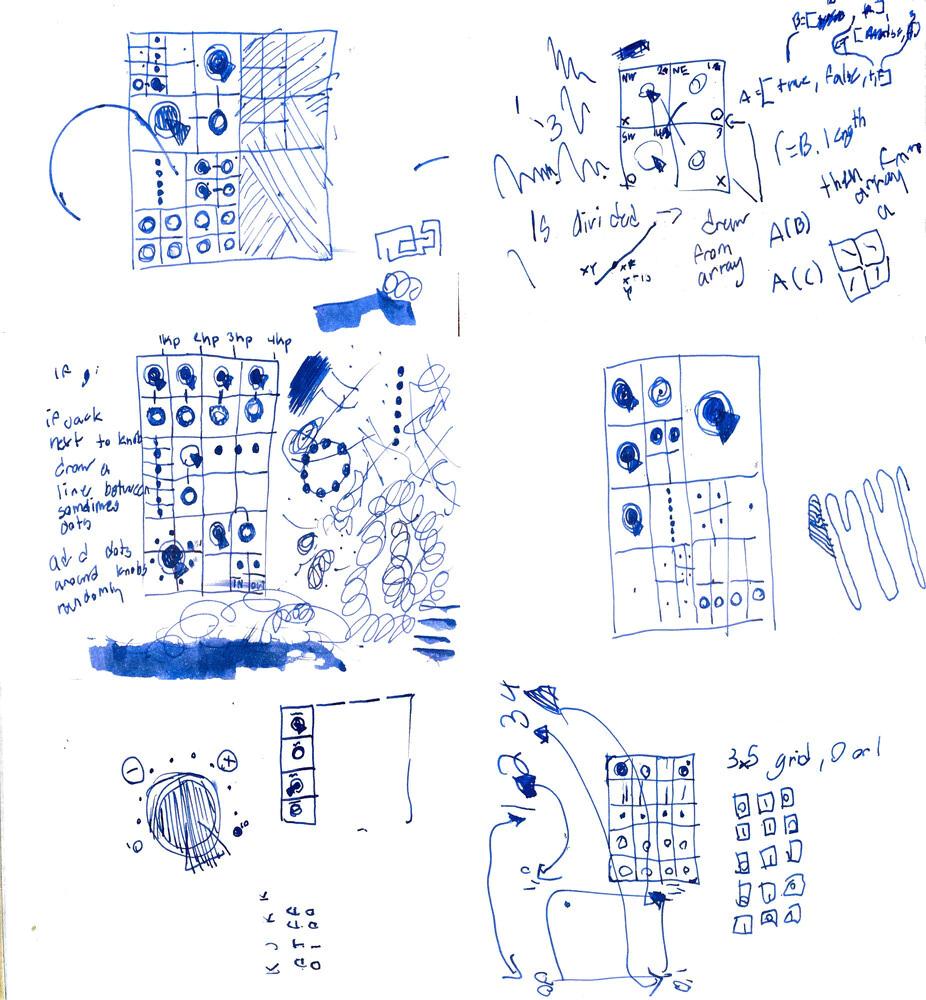 Who: Known as @erin on SuperRare

Based In: North Carolina

Price Range: Beesley’s generative art has sold for as much as 75 ETH, with prices for one-of-ones on SuperRare ranging between $2,000 to $269,000, according to data from the NFT marketplace.

Why You Should Pay Attention: Beesley is one of the youngest artists on this list.