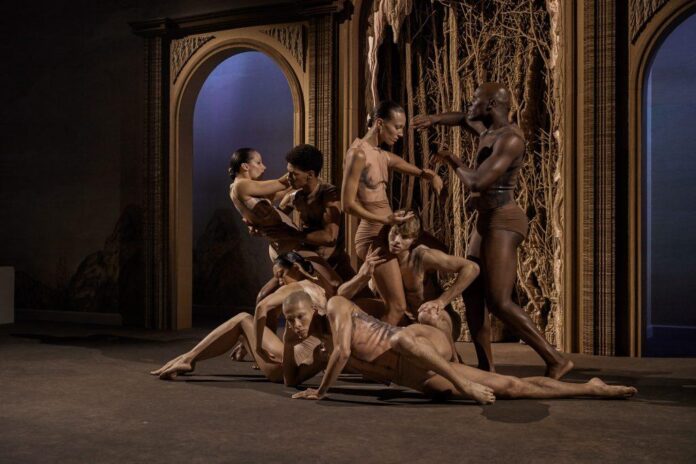 There was plenty of art on display this Paris Fashion Week. Stella McCartney collaborated with Japanese artist Yoshitomo Nara, Ib Kamara made a very blue Off-White™ debut (while using Jenny Holzer “Truisms” to champion women’s rights, a la Virgil Abloh), and Coperni spray-painted a dress onto the body of Bella Hadid.

And that’s just in terms of clothing. Meanwhile, Balenciaga, Dior, and Louis Vuitton tapped artists Santiago Sierra, Eva Jospin, and Philippe Parreno, respectively, to design the sets for their spring-summer 2023 presentations. The results were nothing short of show-stopping. 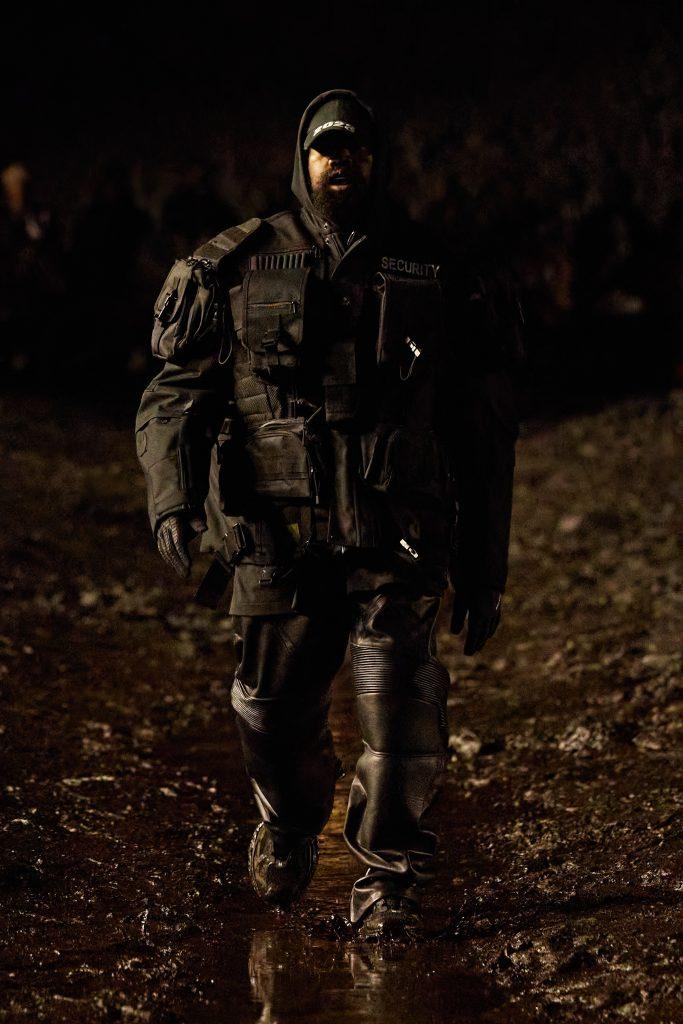 Ye (formerly known as Kanye West) wasn’t the only controversial figure in Balenciaga’s spring-summer 2023 show; wearing all black (leather biker pants, combat jacket, branded mouth guard, baseball cap), the musician and designer walked down a runway created by Santiago Serra. The Spanish artist has consistently courted outrage over the years, with performance and installation works such as (2006), which pumped carbon monoxide from six running cars into a former synagogue in Pulheim, Germany, effectively turning it into a gas chamber. Here, he poured 275 cubic meters of mud from a French peat bog, according to , into a massive pit inside Paris’s Parc des Expositions de Villepinte. The mud was everywhere, even on the clothing. “Putting luxury fashion into the box of polished, exclusive, and visually expensive is limited,” said Demna, Balenciaga’s mononymous creative director, in a statement. “The set of this show is a metaphor for digging for truth and being down to earth.” 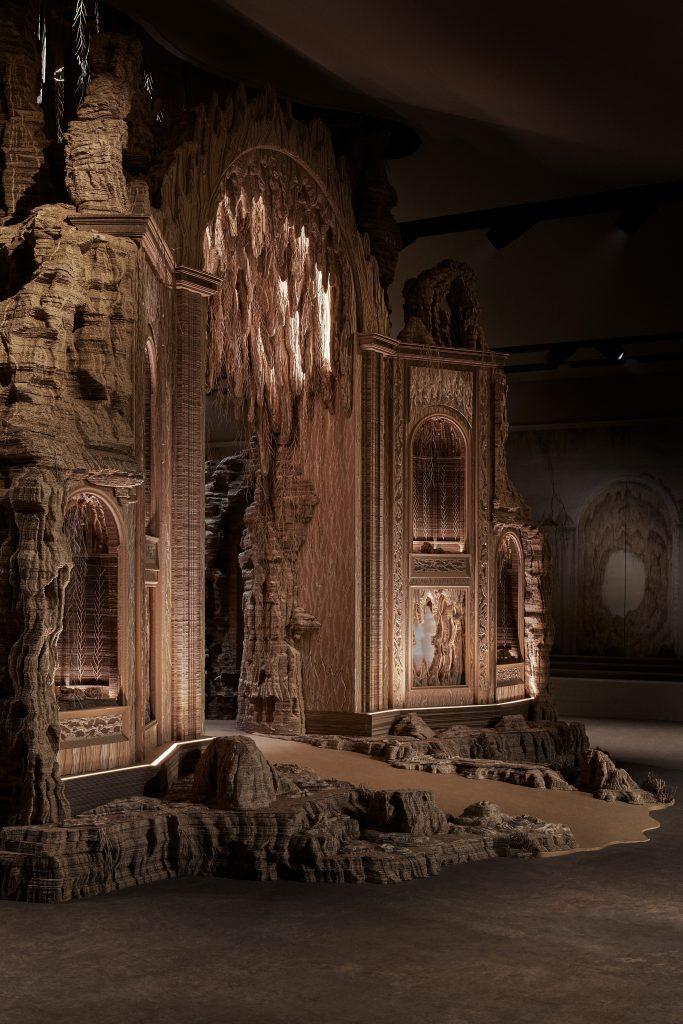 A view of Eva Jospin’s cardboard grotto. Courtesy of Dior.

Maria Grazia Chiuri gave carte blanche to French artist Eva Jospin, who designed the intricately embroidered set for Dior’s autumn-winter 2021-2022 haute couture show. Jospin is best known for crafting elaborate forests and sculptural works from cardboard; for the house’s latest presentation, she used the material to create a Baroque grotto in the Tuileries Garden. Dutch choreography and dancer duo Imre and Marne van Opstal staged a performance inside the surreal installation, which was inspired by the caves of Paris’s Buttes Chaumont, as well as the frescoes of Palermo, Italy’s Palazzina Cinese and the 16th-century Villa Borromeo Visconti Litta in Lombardy. Meanwhile, models wore quasi-geometric corsets reminiscent of Catherine de Medici and scarves embossed with a map of Paris from the Dior archives. 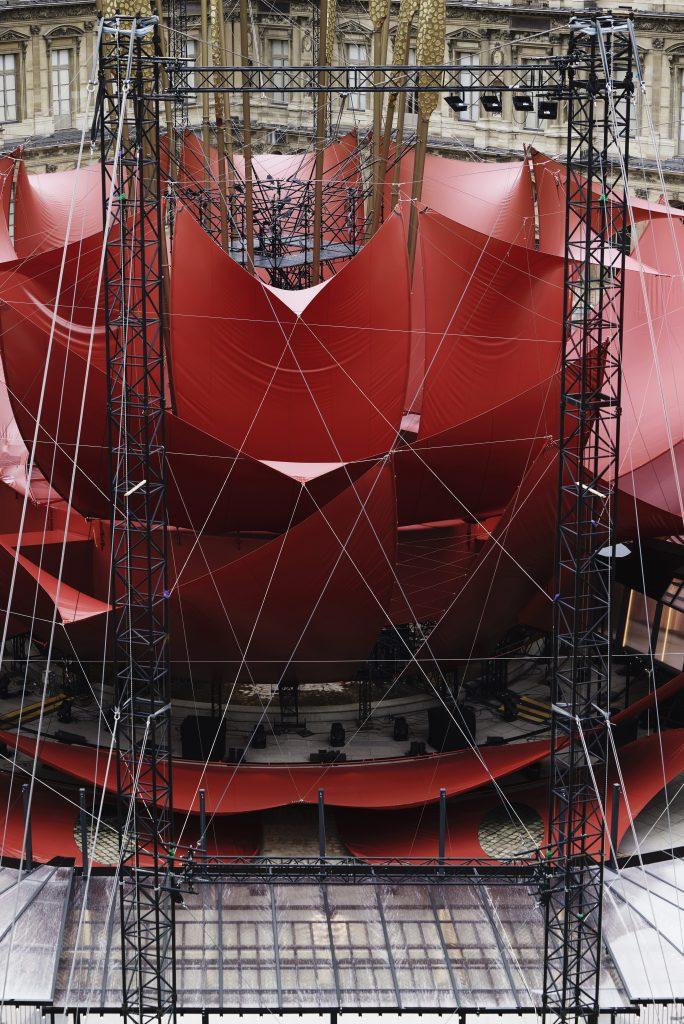 For Louis Vuitton’s spring-summer 2023 women’s show, creative director Nicolas Ghesquière zoomed in on the trappings of femininity, inviting French artist Philippe Parreno to create a bright-red “monster flower” slash funhouse with Hollywood production designer James Chinlund. It pulsated with house music (Wamdue Project’s , specifically) at the center of the Louvre’s Cour Carrée. “The idea was to look at something pretty, something sweet, and to see in those elements what strength they have,” Ghesquière told Vogue Runway of their collaboration. Meanwhile, with its exaggerated necklines, giant zipper pulls, magnified monograms, and enlarged luggage tags, the collection blew up elements of the house’s DNA. “Being with Philippe and working through the eyes of an artist, sometimes I had the feeling we were a little childish,” the designer added. “I think I was maybe more free to break some boundaries for myself.”