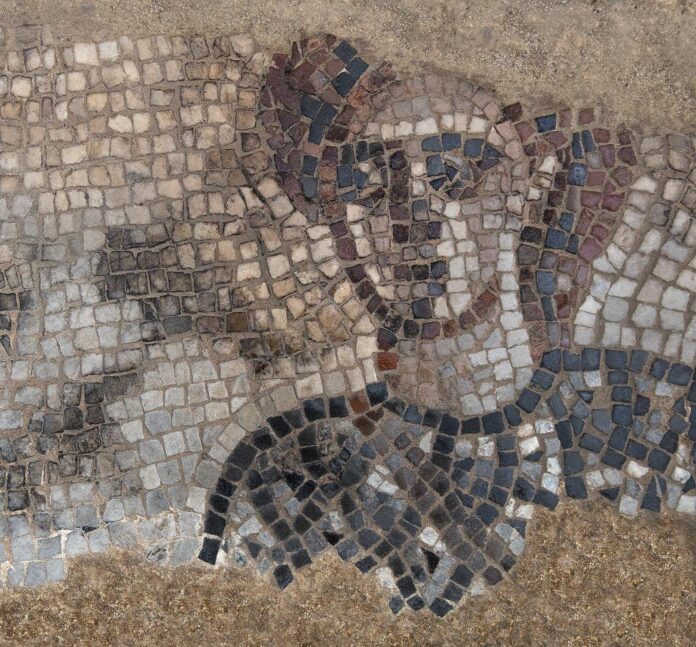 After a two-year pandemic pause, a team of archaeologists, academics and students, led by Dr. Jodi Magness of the University of North Carolina (UNC) at Chapel Hill, returned to the Lower Galilee region of Israel this summer to excavate 1,600-year-old mosaics from the ruins of a Late Roman period synagogue in the ancient Jewish village of Huqoq. So far, the group has uncovered new narrative mosaics including “the first known depiction of the biblical heroines Deborah and Jael as described in the book of Judges,” according to a press release from the university.

While previous sessions have explored the synagogue’s main hall and aisles, this year the team has focused on the structure’s southwestern portion, built between the late fourth and early fifth century C.E. 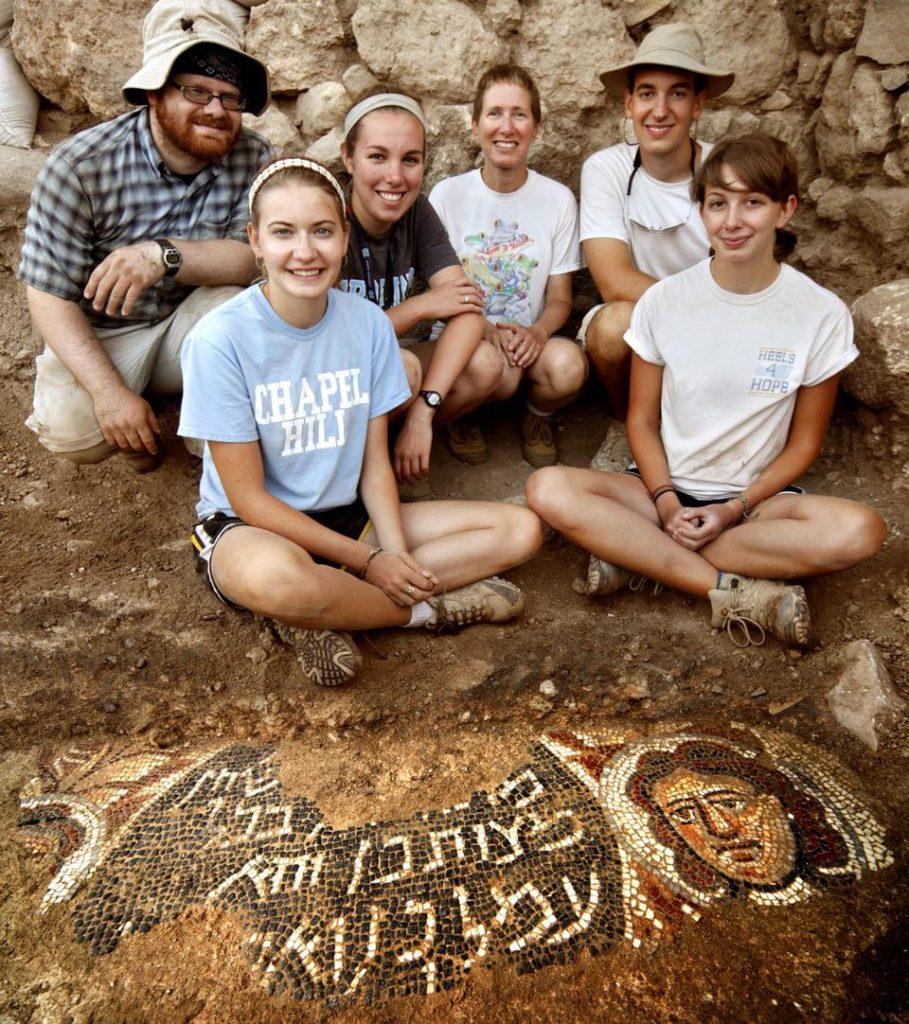 There, they dusted off a portion of the synagogue floor decorated with a massive mosaic panel separated into three registers. It focuses on the biblical book of Judges, chapter four, where prophetess and judge Deborah joins military commander Barak in leading Israelite forces to victory over General Sisera’s Canaanite army.

“The Bible relates that after the battle, Sisera took refuge in the tent of a Kenite woman named Jael (Yael), who killed him by driving a tent stake through his temple as he slept,” UNC’s release said. “The uppermost register of the newly-discovered Huqoq mosaic shows Deborah under a palm tree, gazing at Barak, who is equipped with a shield. Only a small part of the middle register is preserved, which appears to show Sisera seated. The lowest register depicts Sisera lying deceased on the ground, bleeding from the head as Jael hammers a tent stake through his temple.”

Magness said in a statement that this example is “the first time we’ve seen a depiction of the biblical heroines Deborah and Jael in ancient Jewish art.” She added that it’s clear why the story “might have had special resonance for the Jewish community at Huqoq, as it is described as taking place in the same geographical region—the territory of the tribes of Naphtali and Zebulon.” 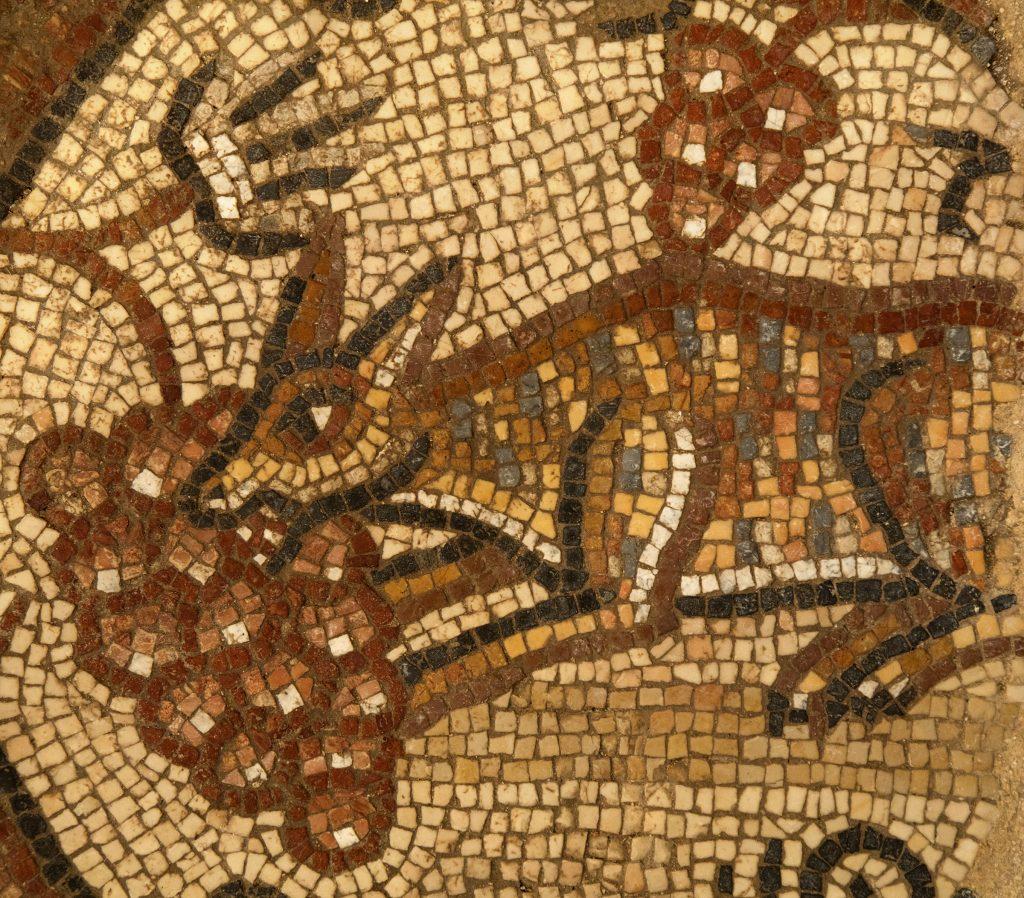 In addition to the Biblical mosaic, the team team also uncovered a fragment of a dedicatory inscription in Hebrew, surrounded by a wreath and flanked by panels depicting two vases that hold sprouting vines, measuring 6 feet tall and 2 feet wide. “The vines form medallions that frame four animals eating clusters of grapes: a hare, a fox, a leopard and a wild boar,” according to the university’s release.

The mosaics are among the many non-religious decorations found at Huqoq. In fact, over the past decade of excavation at the site, the project has unearthed “the first non-biblical story ever found decorating an ancient synagogue.” That work depicts “the legendary meeting between Alexander the Great and the Jewish high priest.” The synagogue’s main nave also hosts images of familiar mythical stories such as Noah’s Ark, the Tower of Babel, and a Helios-zodiac cycle. 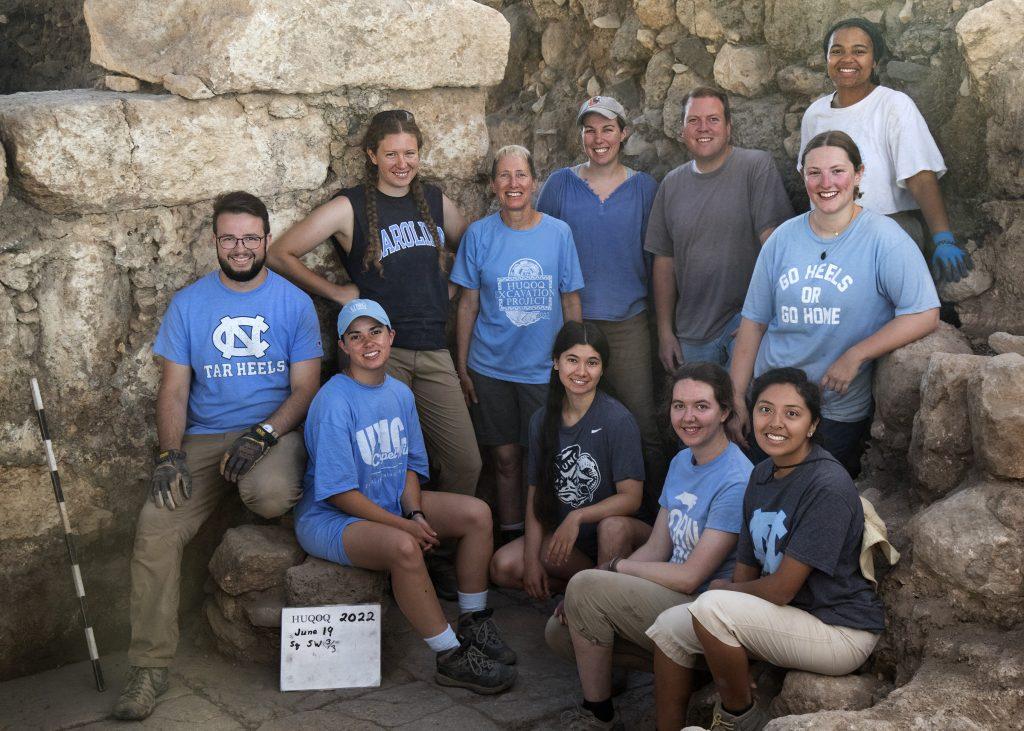 UNC has historically lead the ongoing project alongside a consortium of institutions and sponsors, including Austin College, Baylor University, Brigham Young University, and University of Toronto. Magness, the Kenan Distinguished Professor of religious studies at Carolina’s College of Arts & Sciences, has been leading the 2022 session alongside assistant director Dennis Mizzi from the University of Malta.

Financial support for the digs this season were provided by the National Geographic Society, the Loeb Classical Library Foundation, the Kenan Charitable Trust and the Carolina Center for Jewish Studies at UNC-Chapel Hill.

All mosaics recovered during 2022 “have been removed from the site for conservation, and the excavated areas have been backfilled.” The Huqoq Excavation Project is slated to keep digging through  summer 2023.