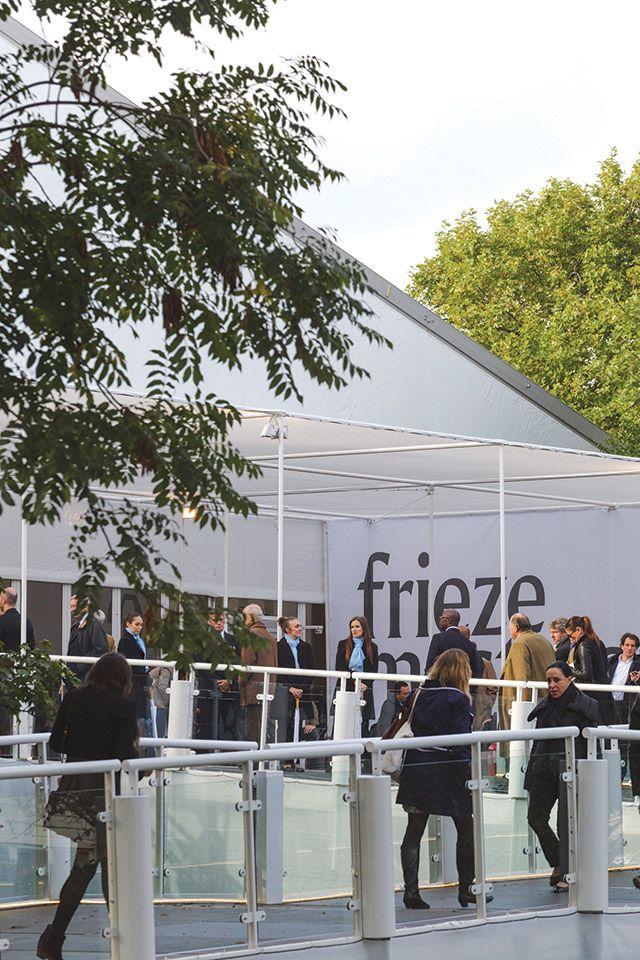 Staging an art fair is a costly and complicated business at the best of times—and for many in the UK, right now is not the best of times. Since its inception in 2003, Frieze London has installed temporary tents and other structures in Regent’s Park for its week-long run. To do so requires electricity, heating, building supplies, contractors and other elements that have recently become more costly due to a myriad of factors: record levels of inflation, an energy crisis provoked by Russia’s invasion of Ukraine, and Brexit- and pandemic-related supply-chain issues.

Production of Frieze London and Frieze Masters is run by two companies. London-based 20-20 Events handles all aspects of site management, including heating, electricity and toilet facilities. The Dutch company Neptunus—which erects temporary structures for a number of European trade fairs and exhibitions both in and outside the art industry—manufactures and installs the tents.

Frieze declined to comment on contractor costs for its London fairs, but another of Neptunus’s clients has spoken of surging rates. Patrick Perrin, the founder of PAD London (until 16 October), says that contractors and suppliers have “all increased their fees by 20% to 50% and to an extent have taken advantage of the current climate to do so”. A concrete example of this, Perrin says, is the cost of fuel, which provides electricity, air-conditioning and heating, and “which has been increased by two to three times”. Like Frieze, Perrin’s fair erects a temporary tent, theirs located in Mayfair’s Berkeley Square to house 52 exhibitor stands.

For now, PAD is committed to reconducting its 2019 contracts, so there will be no additional participation fees for the 70 exhibitors this year. But, Perrin adds, it “goes without saying that the fair will have to increase our fees next year so we can cover these extra costs”.

There may be a green lining in all this for fairs that made moves to reduce their carbon footprints. As Richard McConkey—the director of A Studio Between and the lead architect of this year’s Frieze tents—says, many steps taken by the fair prior to the current energy crisis will help mitigate some of these costs and headaches. Some of the cost issues come down to supply-chain length, he explains; increased wait times at each stage mean higher costs, so greener supply chains, which are shorter and require less manufacturing, “also mean cheaper” supply chains. McConkey points out that Frieze has in recent years committed to using “no virgin materials” for its fair construction and instead relies “mainly on rented components for its building parts, which are then reused”.

A New Art Trafficking Report Commissioned by France’s Culture Ministry Says Its Museums Must Tighten Up Their Acquisitions Policies to Preserve the Country’s Cultural...