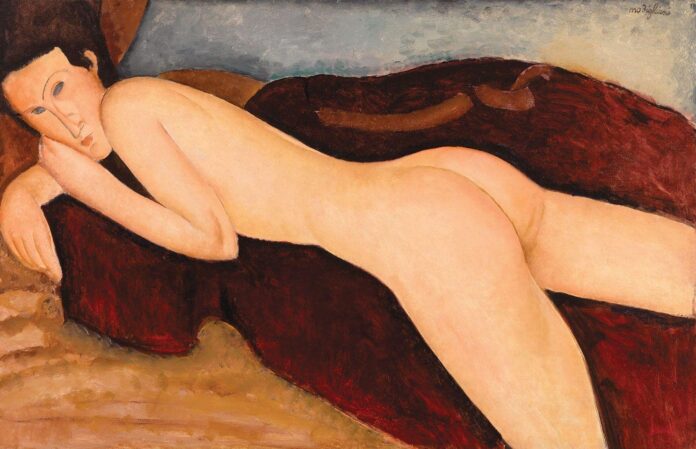 More than a century after the death of Amedeo Modigliani (1884-1920), a consortium of art historians and conservation experts convened by the Barnes Foundation in Philadelphia are discovering hidden aspects of the artist’s techniques thanks to new research and analytical technologies.

Classically trained in his native Italy, Modigliani was one of many young artists who converged on Paris in the early 1900s. But the avant-garde achievements of his short career have long been overshadowed by his bohemian life story. Nicknamed Modi, a pun on the French for “cursed”, he was involved in a series of turbulent love affairs, lived in a state of poverty, struggled with alcoholism and substance abuse, and died of tuberculosis aged just 35.

But Modi’s reputation belies a stylistically restrained and highly skilled body of work. Modigliani Up Close, a major exhibition opening this month at the Barnes Foundation, sets out to deconstruct the myth and dissect the artist’s working methods.

Unusually, the show is organised by art historians and conservators working in tandem: the Barnes’s chief curator Nancy Ireson and senior director of conservation Barbara Buckley are joined by consultant curator Simonetta Fraquelli and Annette King, a paintings conservator at the Tate in London.

The project, involving 28 institutions and a handful of private lenders, builds on a smaller study originally carried out in 2017-18, when 12 museums examined the works they lent to Tate Modern’s Modigliani survey exhibition, co-curated by Ireson and Fraquelli. It also incorporates findings from a 2018-21 study of all the paintings and sculptures in French public collections.

Despite being prohibited from lending by the indenture of trust of its founder Albert C. Barnes, the foundation joined the Tate’s investigation remotely. The Barnes Foundation holds 16 of the 60-plus Modigliani works studied for the new show—Barnes was an early patron of the artist, collecting the first pieces in 1922, the year he chartered his foundation.

“There is still so much to learn about Modigliani as an artist”, says Ireson, who spearheaded the exhibition project after moving from the Tate to the Barnes in 2018. It is unclear what happened to the contents of his studio after his death, and he left behind no writings describing his creative process. “There’s a lot of conjecture and myth-making, but actually when you start to look at the physical works themselves, they offer a challenge to some of the storytelling.”

A common misconception is that Modigliani’s signature style of simplified, elongated figures never changed. “Modigliani only painted four landscapes,” King notes. “He specialised in portraits, but in a way it’s even more fascinating to see how he evolves as an artist with this one subject matter.”

The show opens with the works Modigliani created after first arriving in Paris, during which he often made use of old canvases, painting over both his own rejected compositions and the work of others. New X-ray analysis uncovered three previously unknown sketches beneath the double-sided 1908 work Nude with a Hat/Maud Abrantès at the University of Haifa’s Hecht Museum. French conservators found six underlying paintings in Antonia (around 1915), prompting the theory that wartime constraints forced the impoverished artist to repurpose canvases, rather than paint on fresh ones.

But this new research suggests Modigliani’s destitution was not the only motivation. Modigliani earned 500 francs for his first portrait commission, Jean-Baptiste Alexandre with a Crucifix (1909), yet chose to compose the work on an old canvas. For The Pretty Housewife (1915), he worked in thin layers that fused the sitter’s skin tone and wicker basket with the colours and textures of the underlying paintings. “It’s a very resourceful way of working,” Ireson says.

Other displays will zoom into Modigliani’s careful painting technique. “It was thought that his palette of colours was fairly limited,” Buckley says. “But once you start looking closer, you see that he is using colour really skilfully.” He exposed flashes of the blue-grey canvas ground to add depth to his provocative female nudes, “contrasting and complementing the rosy and warm tones of the flesh”. Sometimes he used a piece of cloth or paper to smooth the texture of the skin, King adds. “Based on the information of his paintings, we don’t think of him as a chaotic artist at all.”

As for the sculptures that dominated Modigliani’s practice between 1911 and 1913, science seems to support at least some of the myths. New analysis of eight carved stone heads yielded “one of the loveliest discoveries”, Ireson says. Waxy accretions were found on top of several heads, consistent with anecdotes that Modigliani burned candles above the sculptures in his studio, creating the atmosphere of an ancient temple. Flat planes and masonry marks also lend weight to accounts that the artist scavenged stone blocks from Paris building sites.

The conservators hope this new body of technical research, accrued over years, will serve as a “springboard” to further scholarship about Modigliani, Buckley says.

“Probably, in some ways, our project raises more questions than it answers, because you always have to qualify your findings,” Ireson admits. Ultimately, however, the exhibition’s in-depth approach reveals a clear bigger-picture conclusion: “It shows Modigliani to be a complex artist”.