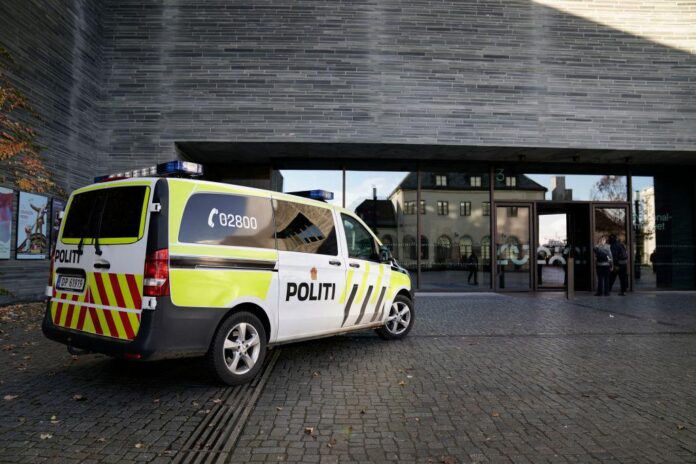 As activists increasingly target artworks in stunts aimed at drawing attention to the climate emergency, museums have started to up their security measures to protect their collections.

This morning, security at the National Museum of Norway in Oslo intervened as two women attempted to glue themselves to Munch’s The Scream (1893). They have been taken in by the police along with a third person who was filming the event.

The group came from Finland, Germany and Denmark. They are associated with a Norwegian activist group “Stopp oljeletinga” (Stop Oil Exploration), which demands that the government declare an immediate halt to oil exploration on the Norwegian continental shelf, as well as present a plan to fairly adjust today’s oil workers to tomorrow’s future. Norway is one of the largest oil and gas producers in the world.

The painting was not harmed, although some glue residue was left on the protective glass. The room was then emptied and closed to the public.

Some of the world’s most famous masterpieces have now been targeted by activists, including Vermeer’s Girl with a Pearl Earring, Van Gogh’s Sunflowers and now, The Scream.

Museums have been ramping up security efforts in response to the frequency of the attacks. Several museum security experts spoke to Artnet News about what measures cultural institutions can take to defend themselves from these kinds of attacks, including training security on what to look out for, as well as asking visitors to store all jackets and bags in lockers. A similar intervention happened at the Musée d’Orsay in Paris on October 27, but security was able to stop a woman from Just Stop Oil throwing soup over an unidentified work.

Today, the International Council of Museums (ICOM) released a new statement on these protests. It highlighted “the role of museums as key actors in initiating and supporting climate action within their communities” through education, outreach and dedicated exhibitions.

“To reach the full transformative potential that museums have for sustainable development, ICOM wishes for museums to be seen as allies in facing the common threat of climate change,” the statement said.

“ICOM reiterates that all museums, as trusted institutions, have a role to play in shaping and creating a sustainable future. Civil society is a key actor in climate action: from NGOs, networks, and activists to cultural institutions and museums. We must step up for our planet collectively and united, for there is no climate solution without transforming our world.”

In Pictures: See Contemporary Artworks That Celebrate the Vibrant Creativity of Lowrider and Skater Culture