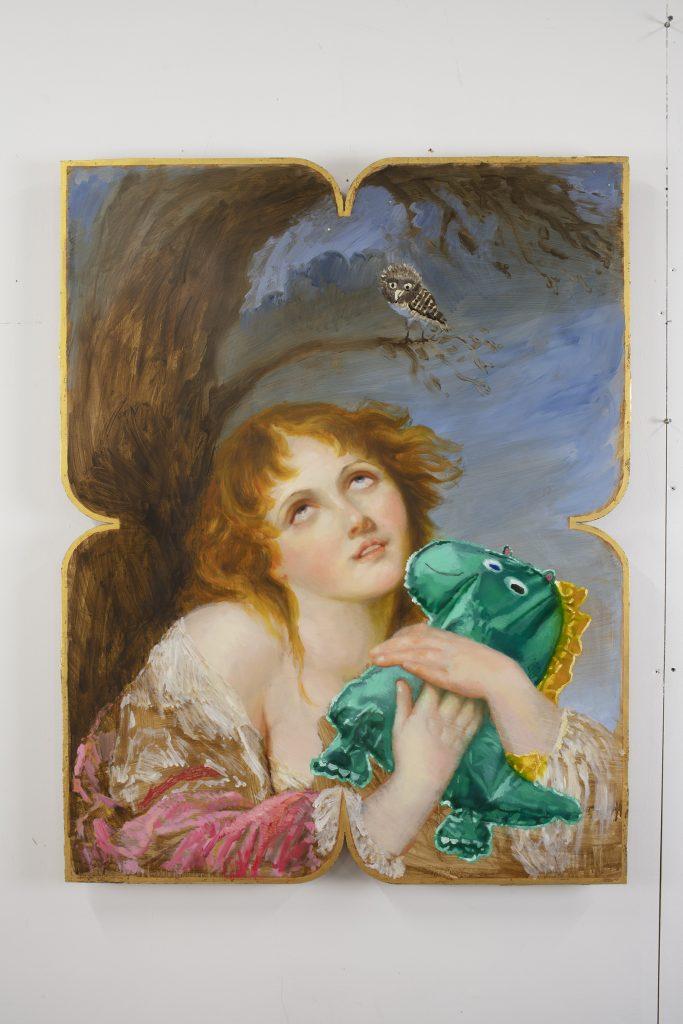 About the Artists: The artist duo Tursic & Mille is comprised of Serbian artist Ida Tursic (b. 1974) and French artist Wilfried Mille (b. 1974), who both live and work in Mazamet, France. The duo first met at the École des Beaux-Arts in Dijon and began collaborating in 2000.

At the start of their partnership, figurative painting was largely outmoded, yet Tursic & Mille drew inspiration, both in theme and subject, from a breadth of art historical, pop culture, and online imagery sources among others. Abstaining from any implicit or explicit hierarchy of imagery, Tursic & Mille have become known for their colorful, playful, and often irreverent painting style that reflects and engages with our time in the Information Age and the constant barrage of images that saturate daily life.

What You Need to Know: This week, on November 25, 2022, Tursic & Mille’s third solo exhibition “Disastri” opens at Alfonso Artiaco gallery in Naples. Taking the duo’s consistent use of common imagery as a starting point, the exhibition emphasizes the notion that appearances can be deceiving, and “nothing is to be taken at face value.” Though it would be easy to equate the title of the show “Disastri,” meaning “disasters,” with current social, political, economic, or ecological events, it instead references the catastrophe theory in mathematics, wherein a small change in input can result in a disproportionately large change in output. In the works on view, seemingly small interventions in the recreations of well-known Old Master paintings by artists like Hieronymus Bosh or Raphael, result in them being markedly modern. Similarly, compositions that reference 20th century compositions have painterly additions that make them decidedly new.

Why We Like It: Tursic & Mille’s paintings are whimsical and witty, with eye-catching color palettes and use of recognizable imagery, but the true allure of their work is in symbolic and thematic nuance. Contrasting canonical images—both historic and contemporary—with additions by the artists offers the opportunity to reflect on just how much visual stimulus we are exposed to throughout our lifetimes. The artistic interventions vary from compositional, such as adding a stuffed dinosaur to a well-known 19th century painting, to significant and obscuring, where swaths of the image are covered by strokes of paint and doodles.

Tursic & Mille’s work invites not only prolonged looking, extrapolating the many wild and wonderful elements of the canvas, but also consideration of the personal experience with the image and images on the whole. 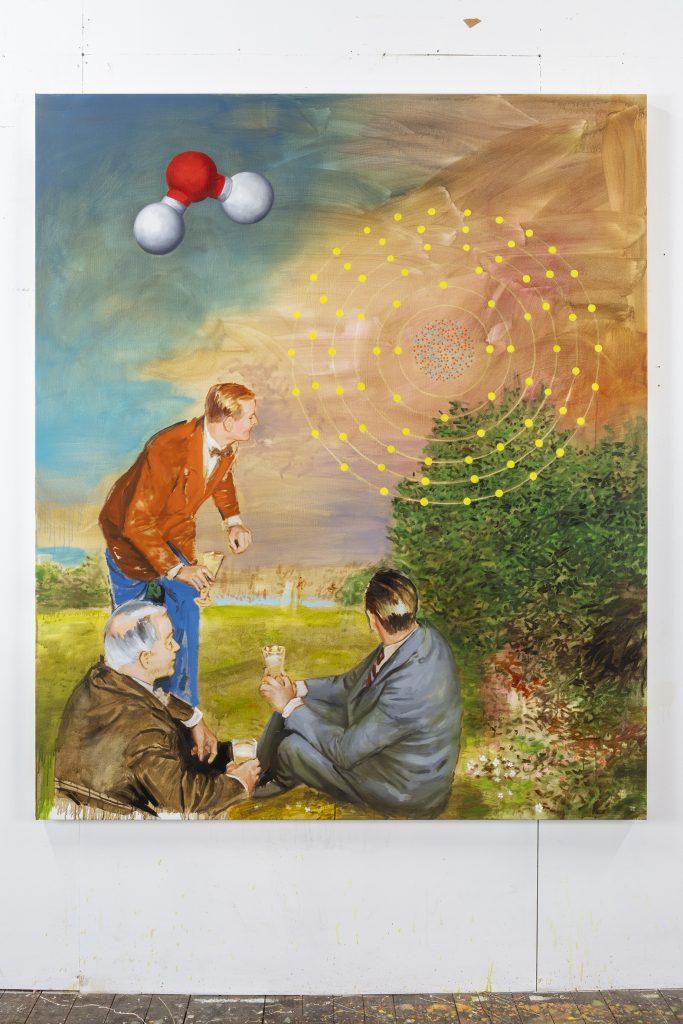 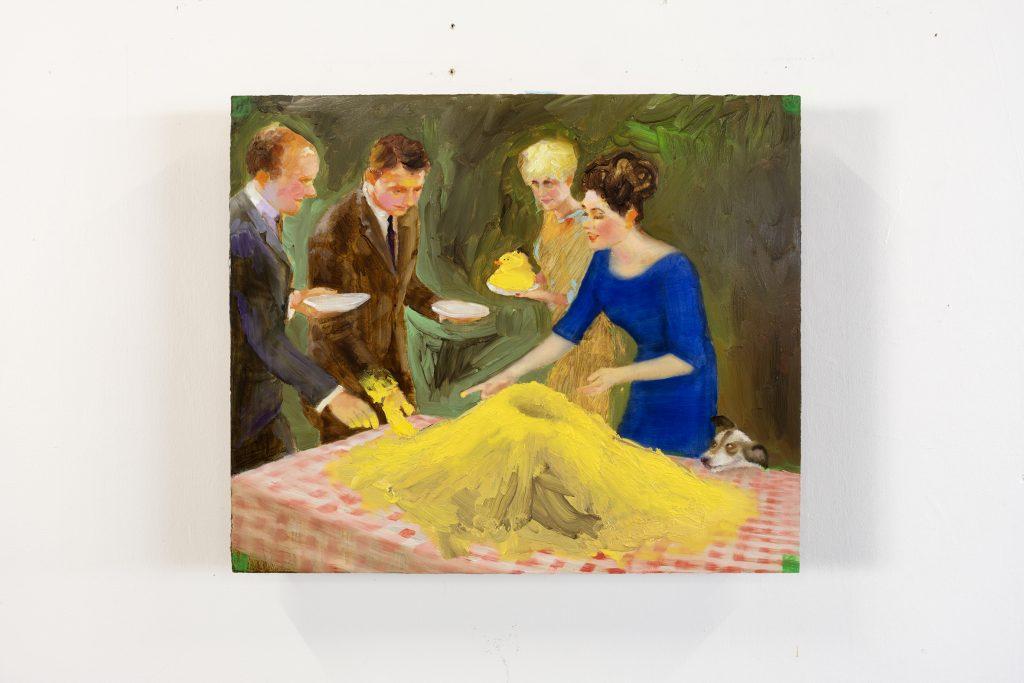 Tursic & Mille, (2021). Courtesy of the artists and Alfonso Artiaco, Naples. 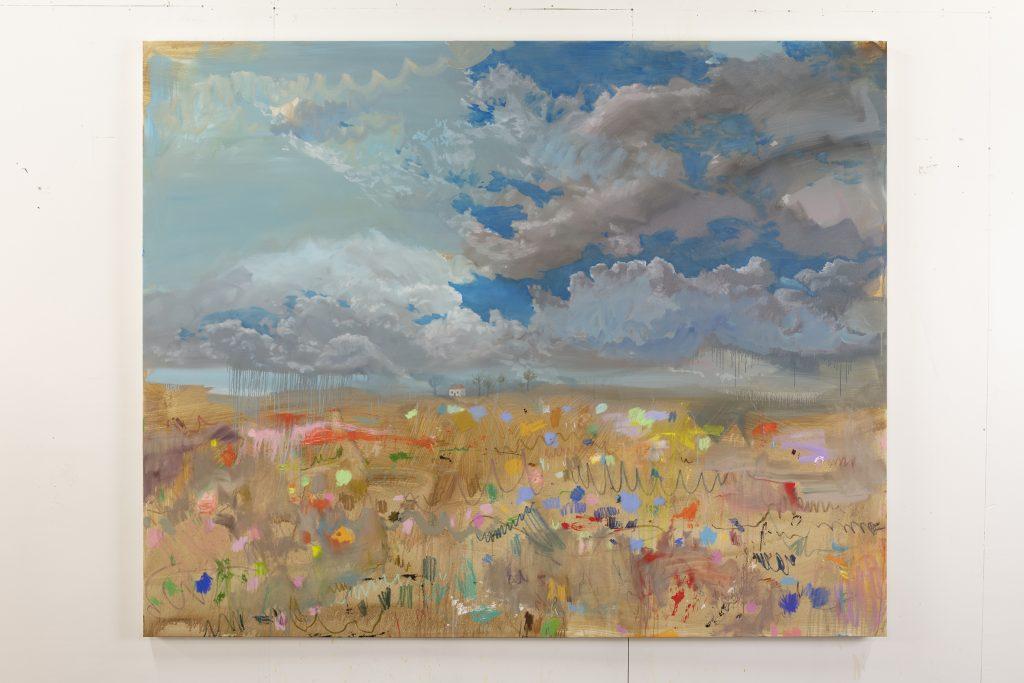 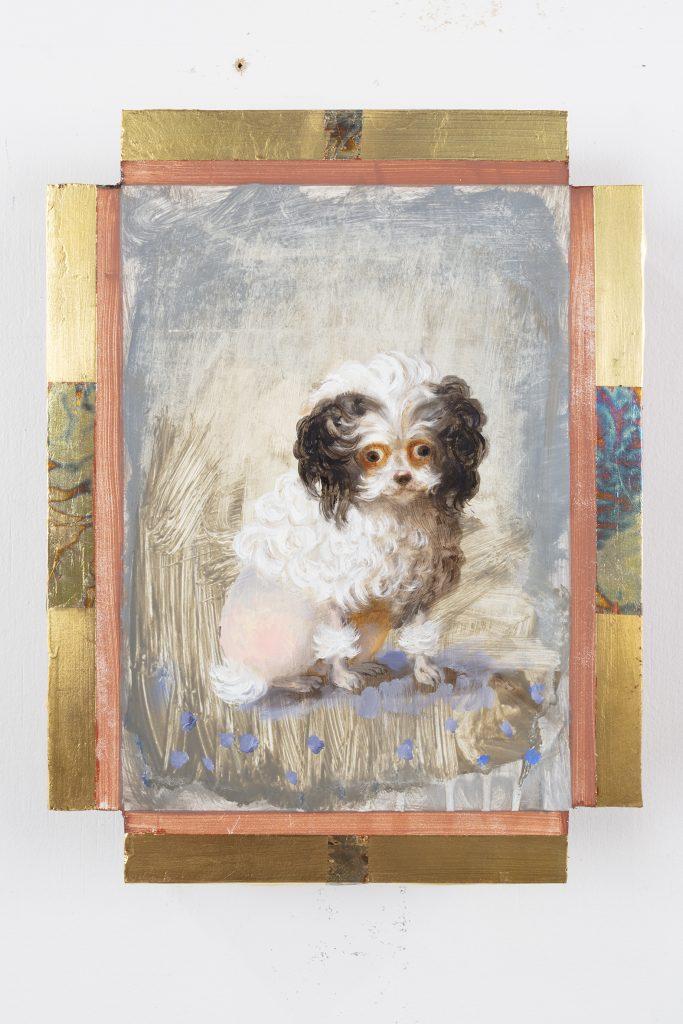