Home News ‘I Realized the Power of Art to Infuriate People’: John Waters on... 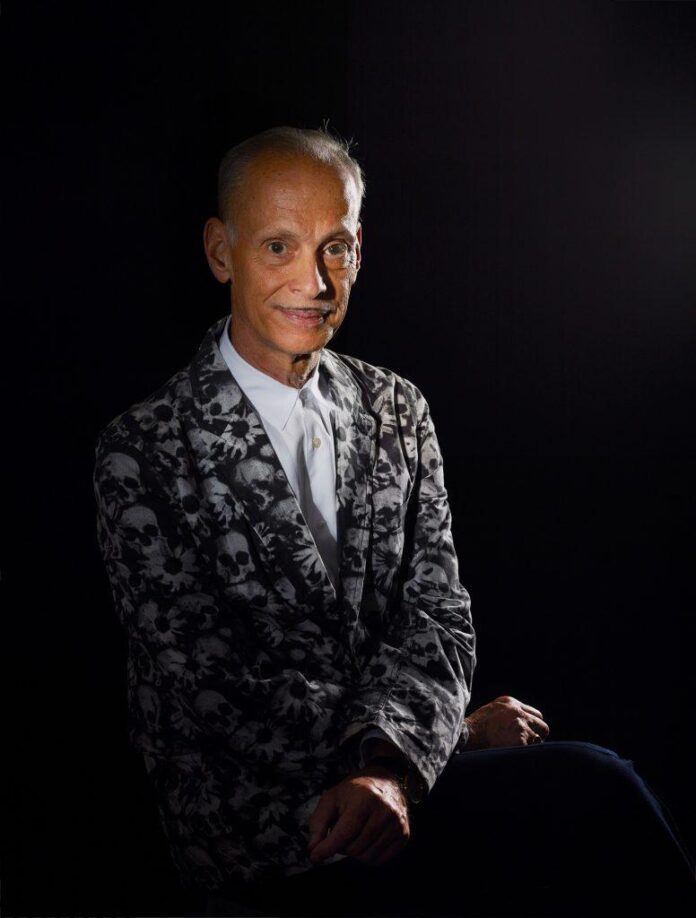 As an art collector, John Waters started small. On his first visit to the Baltimore Museum of Art as a child, he had his earliest encounter with art, leaving through the gift shop with “a little poster” of a Joan Miró work. Once home, he eagerly tacked it up on his bedroom wall.

“All the other kids hated it,” he told Artnet News. “I realized the power of art and how it could infuriate people—and I’ve been a collector ever since.”

In 2020, Waters bequeathed that same museum the bulk of his art collection, 372 works by 125 artists, including some of his own making. A good part of that gift now makes up “Coming Attractions: The John Waters Collection,” a newly opened exhibition at the Baltimore Museum of Art where the auteur’s collecting appetite is on full display.

Running through April 16, 2023, the show displays works by the likes of Cindy Sherman, Cy Twombly, Nan Goldin, Peter Hujar, Andy Warhol, and Diane Arbus—a spread of paintings, photographs, and sculptures that caught the filmmaker’s eye (and wallet) at various gallery shows over the decades. 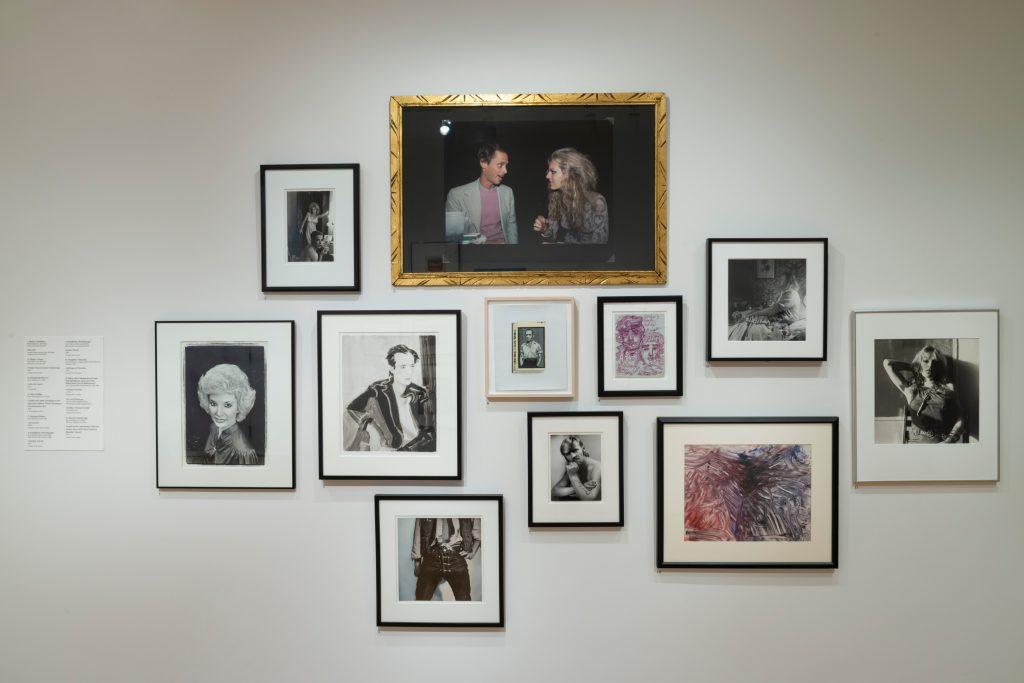 The exhibition is divided into discrete sections based on mediums as much as theme. Of the latter is a grouping of works by artists such as Brigid Berlin, Cookie Mueller, and Colin de Land, with whom Waters has had personal and professional ties with. A painting by Betsy the Chimp, the art-making primate who lived at the then-Baltimore Zoo in the 1950s, is presumably beyond categorization.

While Waters himself did not curate the exhibition, he had Catherine Opie and Jack Pierson, artists and friends whose works are included in his collection, handpick the art on view.

“They went through my three homes—my house in Baltimore, my apartments in New York and San Francisco—and they saw everything,” Waters said of Opie and Pierson’s efforts. He added, “I always call the artworks I own my ‘roommates.’ My ‘roommates’ in other cities have now all met each other and get to hang out together in the Baltimore Museum.”

Waters’s relationship with his art collection hasn’t been one of just physical intimacy (“I’ve never bought anything I couldn’t hang on my wall”), but conceptual kinship. Collectively, the works in “Coming Attractions,” whether Mike Kelley’s sardonic sculptures or Sherman’s identity-busting self-portraits, bear out the kind of audacity that Waters himself has embraced in his own craft.

As he put it, “contemporary art’s job is to astonish and wreck what came before, and almost mock the very idea of a masterpiece.” 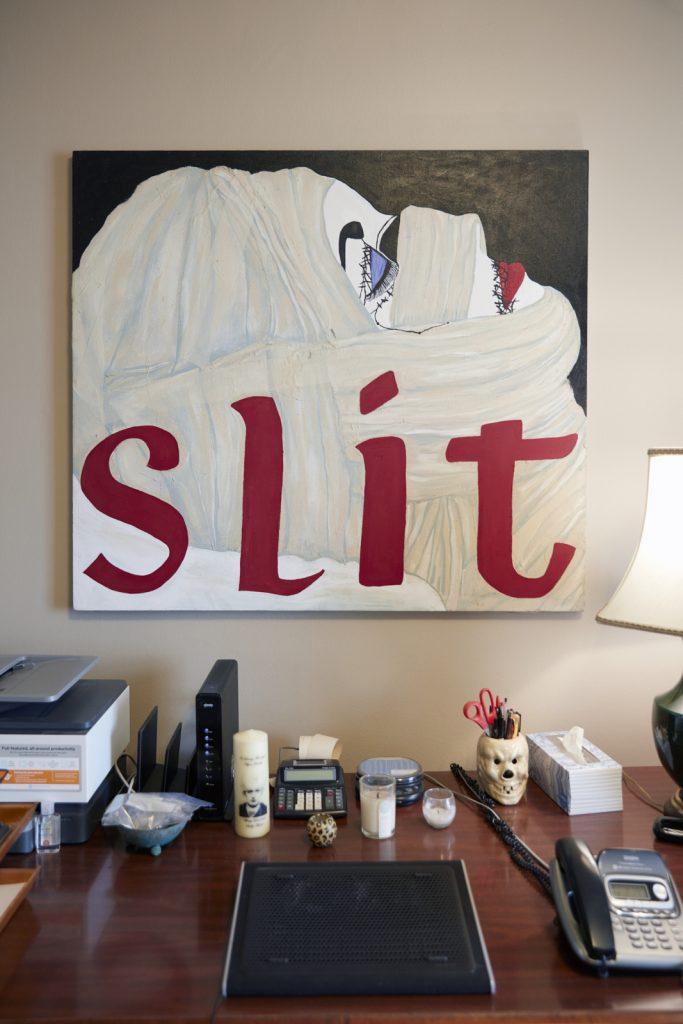 From the mid-1960s, Waters commenced a run of low-budget films that delightfully reveled in the taboo. With his troupe of local players, including Divine, Mueller, and Edith Massey, the Baltimore native produced such exercises in poor taste as Multiple Maniacs, Female Trouble, and Pink Flamingos. They contained myriad explorations into sexual violence, amputation, murder, and most infamously, scatology, but in scenarios so absurd and outrageous as to be almost comical.

In fact, according to Waters, his creative M.O. leans less on repulsion than comedy, which, according to him, is just as “off-limits in the art world.” His own sculptures and installations, which he began making in the 1990s, likewise tap a jocular vein. Case in point: Hardy Har (2006), a somber image of flowers that squirted viewers in the face with water if they crossed a line taped to the floor. (His bequest to the Baltimore Museum of Art also came with the condition that the venue name its gender-neutral bathrooms after him, which it did.)

“I’m always asking, ‘Can art be funny?’” he said. “I do find some of the artwork that I collect funny and witty; it always startles me in some way.” 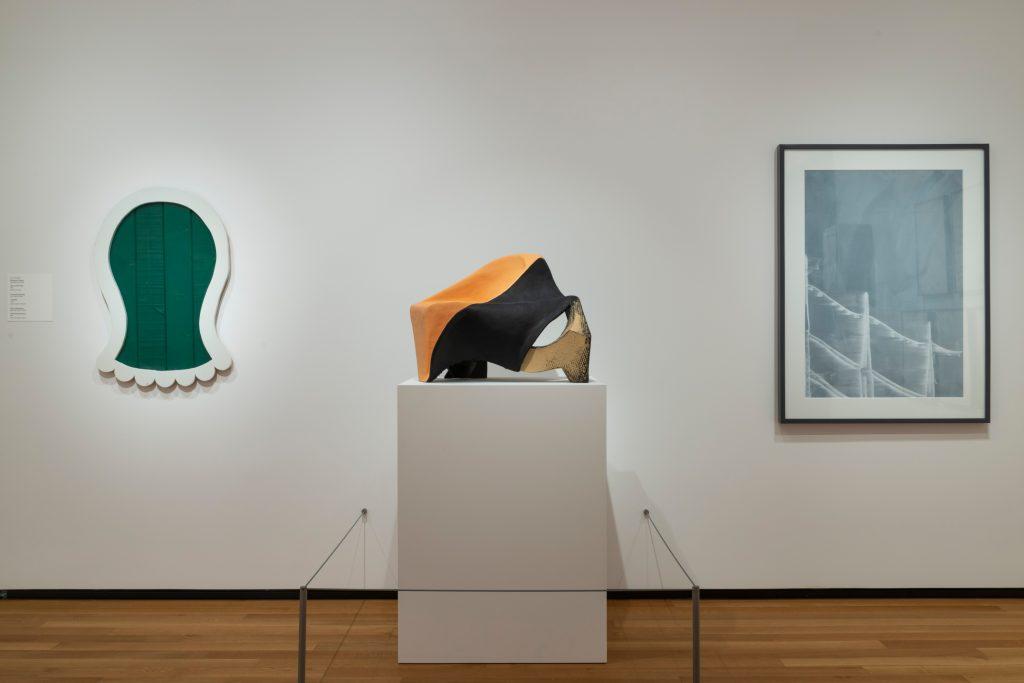 However once reviled for scandalizing conventional values, Waters’s wicked brand of humor has long since caught on. His films, which earned him such honorifics as the Pope of Filth, are beloved cult classics, just as his visual art has been installed in exhibitions at the New Museum and the Baltimore Museum. “I’m so respectable I could puke,” said Waters, now 76, of these developments.

The artists whose work he’s collected also represent similar sensibilities and trajectories—their outré experiments now warmly received by institutions. Waters brings up Warhol, a gifted painter who “mocked his talent at the end by becoming ‘a machine,’” and Twombly, who “art reactionaries hate the most.” In his view, “Every kind of art that changed everything, people hated at first. If it wasn’t instantly hated, it’s not as influential.”

What “Coming Attractions” captures, then, is an expansive breadth of free expression, however transgressive, outlandish, uncompromising, or lacking in taste. It’s Waters’s way of “giving back” to a museum where he acquired more than a Miró poster.

“I hope some little kid comes to see the show, goes home, and takes a picture that everybody else hates or does a painting that no one understands,” he said, “and just has the confidence to do what he wants to do.”