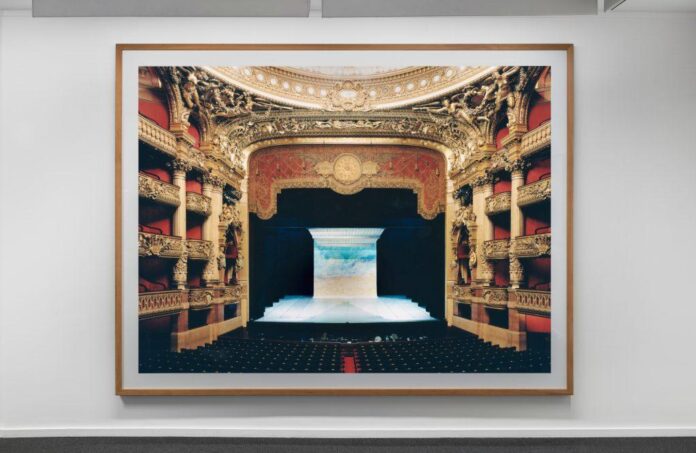 About the Artist: German photographer Candida Höfer (b. 1944) explored several different types of photography early in her career; she worked as a newspaper portrait photographer in 1968, and later in the early 1970s studied daguerreotypes at the Werner Bokelberg studio in Hamburg, before ultimately enrolling at the Kunstakademie Düsseldorf to study film in 1973.

Within a few years, however, Höfer switched to photography, and began studying under acclaimed photographer Bernhard “Bernd” Becher. Classmates included Andreas Gursky, Axel Hütte, and Thomas Struth, and together the group has come to be colloquially referred to as the “Becher class,” as they carried on Bernd and Hilla Becher’s mode of “typologies,” a form of artistic documentary photography in their own manner.

Since then, Höfer has exhibited worldwide, including representing Germany alongside Martin Kippenberger in the 2003 Venice Biennale, and her work has been acquired for the permanent collection of several major museums in Europe and the United States.

What You Need to Know: Höfer is currently the subject of a solo show, “Libraries ­– Churches – Theatres,” at Galleri K in Oslo, on view through December 18, 2022. The exhibition features 12 of Höfer’s photographs that feature an assortment of different types of building interiors. Taken between 2000 and 2019, the works were made with a large-format camera and prioritize symmetry in their composition—a hallmark of Höfer’s work. From austere libraries to opulent basilicas and luxurious theaters, the collection of work is emblematic of Höfer’s signature style and inimitable eye. The locales range from Buenos Aires to Moscow, highlighting the sheer breadth of the artist’s inspiration and interests. The show also shows Höfer’s proficiency with scale, with some works measuring well over six feet.

Why We Like It: Höfer’s photographs of interiors from around the world are visually enthralling. Despite frequently employing a wide vantage point, the intricate detail and seemingly near perfect symmetry of each image draws the eye in and offers a wealth of optical gratification.

Those familiar with the Becher’s typological style will at once see the precedent in Höfer’s work, as her images transform the idiosyncratic interiors into objective models of themselves. Across the 12 works in the show, it is clear that the artist approaches every interior similarly, regardless of the venue’s grandiosity. The treatment of a common library’s stacks, such as in (2004) has the same air of importance and vividness as the sensational Baroque interior in (2009). The collection of photographs in “Libraries ­– Churches – Theatres” are a visual delight and illustrate why Höfer is today considered one of the greatest photographers of her generation. 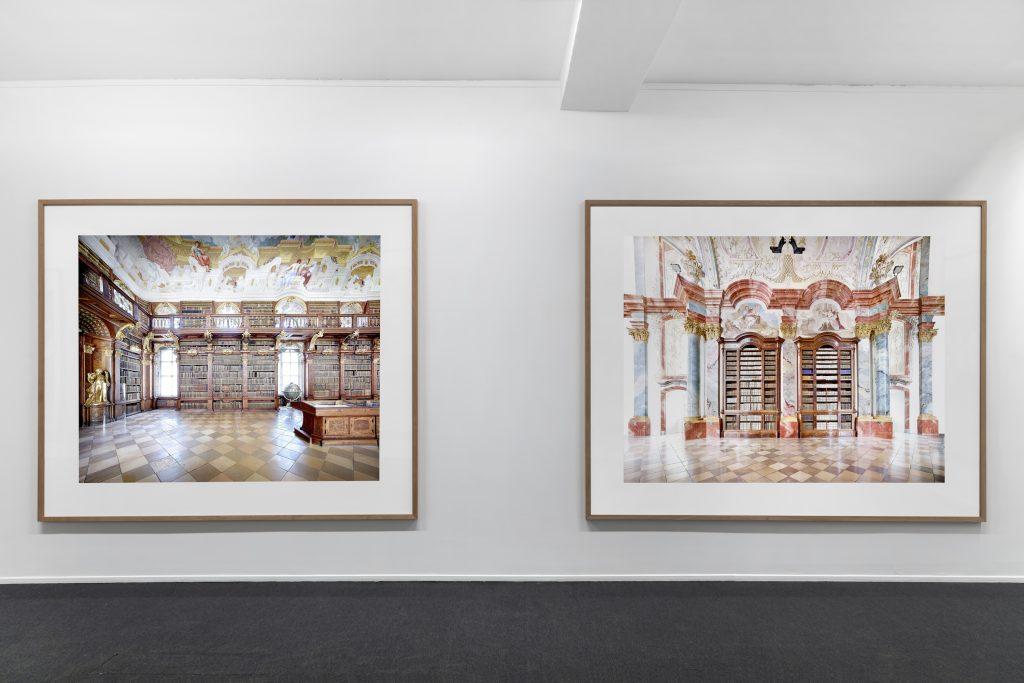 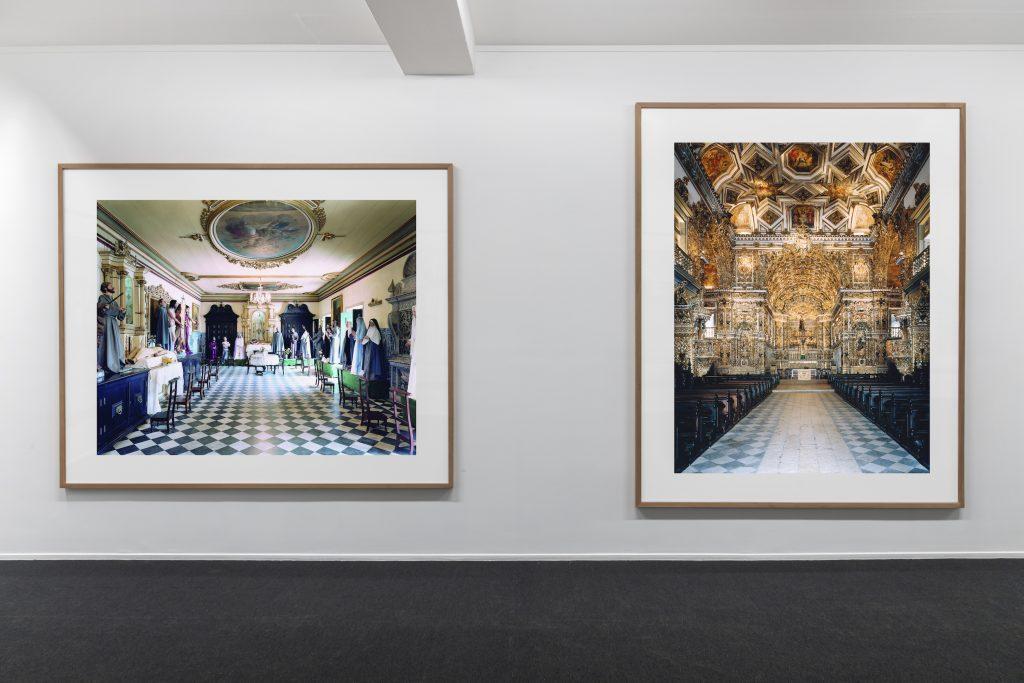 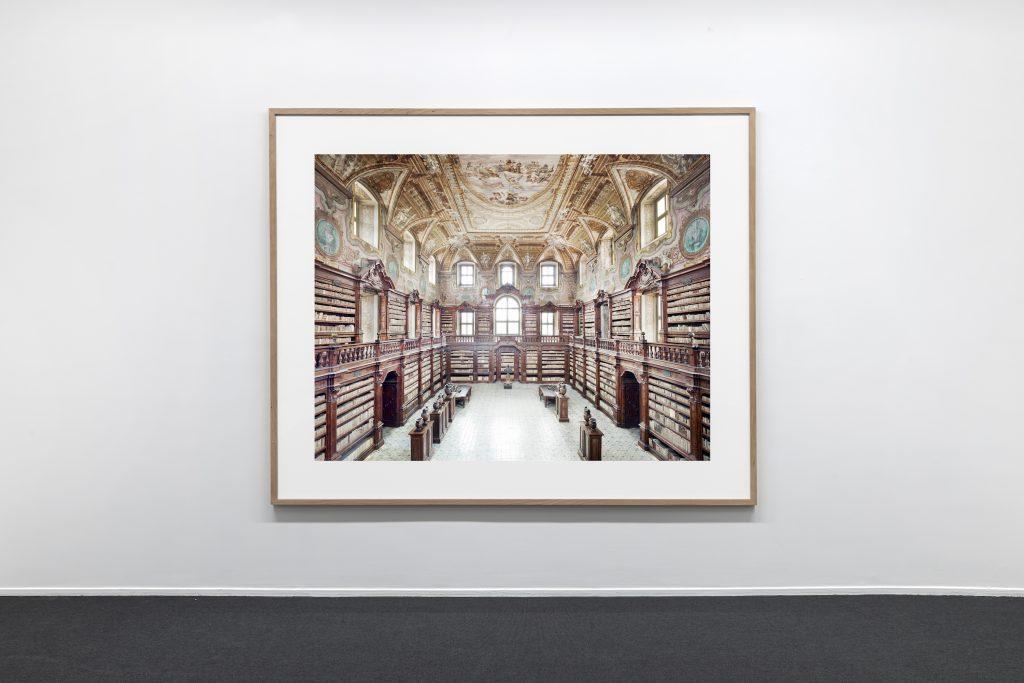