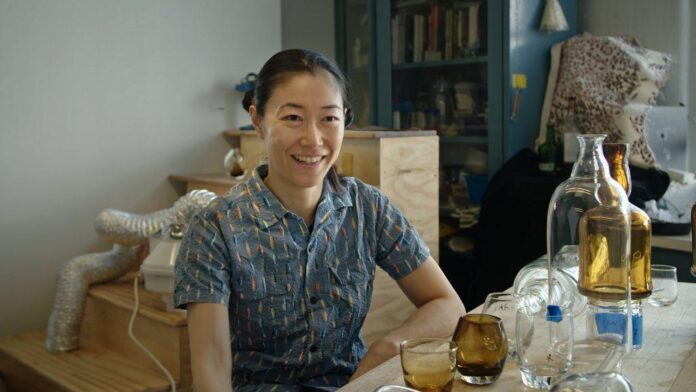 For the Japanese-born, New York-based artist Aki Sasamoto, inspiration comes from every aspect of daily life. Her madcap, absurdist installations and performances are set in places like laundromats, industrial kitchens, and bars. At this year’s Venice Biennale, her work (2022) features snail shells seeming to hover over air-hockey tables; above, a white board bears the phrase “When do you decide to go the other way?”

In an exclusive interview with Art21 shot in 2019 as part of the program’s New York Close Up series, Sasamoto visits a Brooklyn restaurant, where she sidles up to the bar and begins using an assortment of glasses to make different sounds on the wooden table. The artist explains that she contracted a kidney condition, and had to stop drinking for three months, during which time she got pregnant.

“So I couldn’t drink nine more months, and I was going crazy” she said laughing, “I realized I should just make a project about this and trying to fill that time.” What resulted was a surrealist performance called that involved the artist pushing liquor bottles off of a shelf, as a material representation of the negative relationships she was also trying to rid herself of. 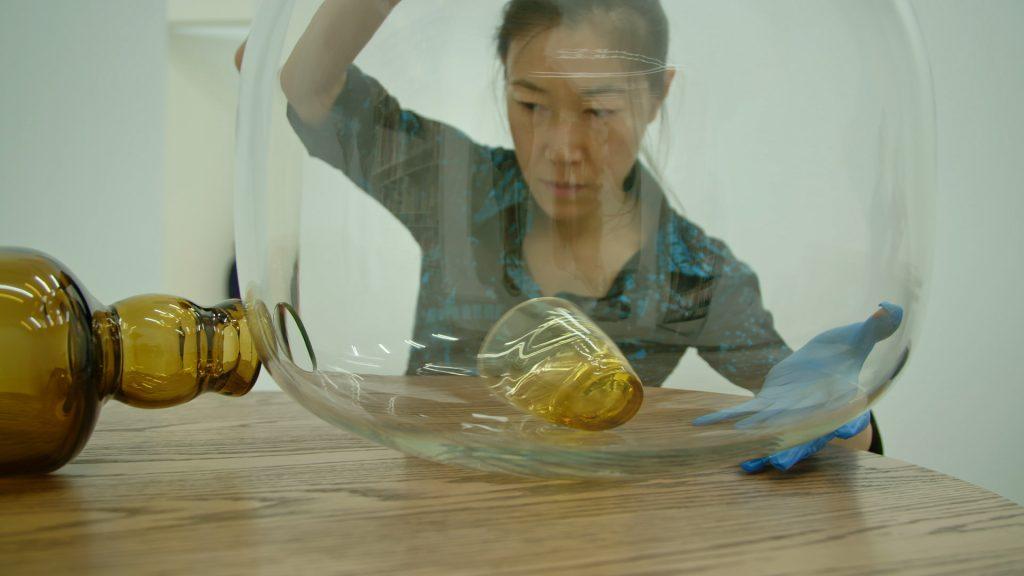 Sasamoto makes many of the sculptural objects that star in her work, and in the video she travels to Brooklyn’s Urban Glass where she fires whiskey glasses for an exhibition at Manhattan’s Bortolami Gallery. A notoriously fickle medium, the artist struggles with the intense control required to make perfectly even glasses, while pouncing at the exact moment the shape is cast: just one second too late, and the orb is ruined.

Sasamoto finds similarities in her attempts to create sculptural objects with the illusion of control over her personal life, although she says being a mother was never part of her plan, “now I am.”

The gossip from the Venice Biennale: Tinie Tempah takes on Tintoretto and totes too many totes