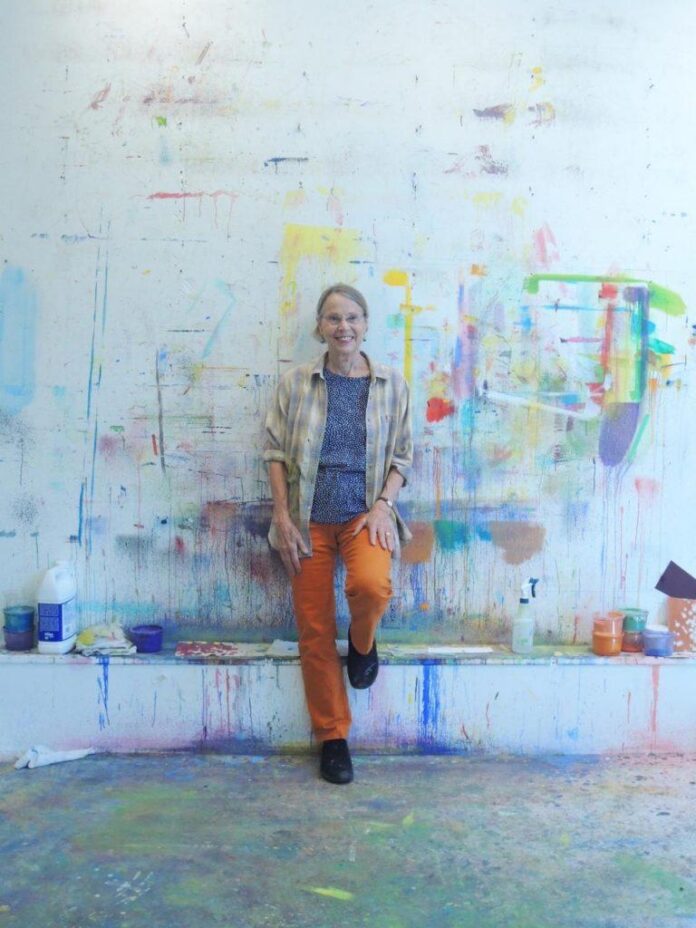 About the Artist: Elizabeth Osborne (b. 1936) has been painting since the 1950s, and though her name may not be ubiquitously familiar, her career has charted a steady course through the art world decades. In 1959, the Philadelphia-based artist earned her BFA from the University of Pennsylvania while simultaneously attending the Pennsylvania Academy of Fine Arts (PAFA). At PAFA, she absorbed a rigorous, academic approach to painting that imbued her with a powerful sense of figuration. Beyond the classroom, however, Osborne found inspiration in the boldly gestural works of contemporaneous artists such as Francis Bacon and Nathan Oliveira. In 1972, Osborne had her first solo exhibition with Marian Locks, a gallery relationship that went on to last for some 50 years. In these early works, Osborne laid her canvases on her studio floor, pouring paint onto the canvas—but rather than creating anything akin to the abstract works that dominated the art world at the time, Osborne opted for luminous, mirage-like landscapes. The early singularity of and commitment to her own artistic vision sustained her career over the years that followed. Now New York’s Berry Campbell is inaugurating their new Chelsea gallery space with “Elizabeth Osborne: A Retrospective” a sweeping exhibition bringing together works from the mid-1960s to today, a glimpse into the scope of Osborne’s career.

Why We Like It: Over the decades, Osborne’s paintings have followed an ebb and flow between figuration and abstraction. In works like Reclining Nude with Textiles (1971), she mixes the precision of line in her figurative depictions with bold planes of flat color in her backgrounds. Her embrace of luminous color took in an even more prominent position in her landscapes of the 1980s. By 2009, in fact, she had moved almost fully into abstraction—only to swing back toward representational portraiture by 2015, with figurative images that nevertheless incorporated abstracted backgrounds. Across the decades, her output has maintained an enduringly intimate quality, as though we are glimpsing Osborne’s private world—from portraits of her friends to views from her window—in a way that remains captivating and sincere. 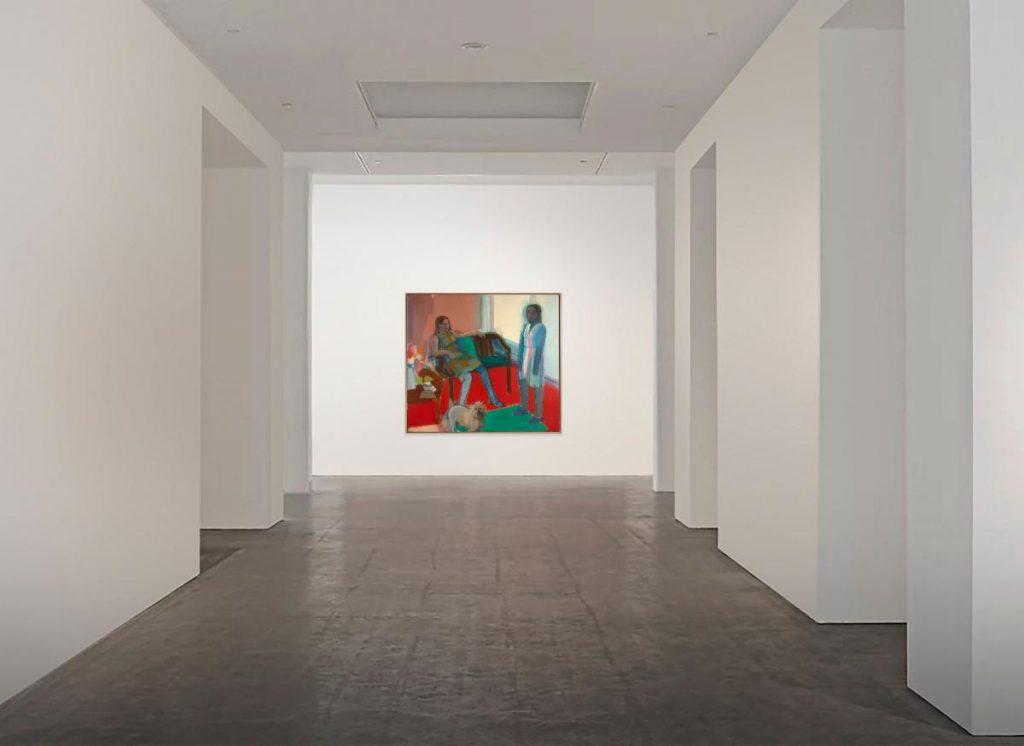 According to the Experts: “A ghostly figure looking out from a doorway…vividly clothed, sensuous figures posed in sparse rooms; land and sky betraying no brushstrokes, horizons to infinity; supernaturally precise still lifes that stop time; charged explorations of the painter’s studio, the past asserting itself in mirrors; vivid bands of light and color echoing the sounds of the cosmos. Few artists of Elizabeth Osborne’s generation have explored as wide a range of subject matter. Driven by curiosity and an unwillingness to repeat herself, Osborne has frequently shifted working methods to support new directions. Born and raised in Philadelphia, Osborne has been at the center of its art world, integral to the city’s cultural identity as an educator and as an innovator in her studio. Her art bears the impact of her time in Philadelphia but transcends place, running with multiple streams of modernism and postwar painting,” wrote Robert Cozzolino, curator of paintings at the Minneapolis Institute of Art, in an essay accompanying the exhibition.

Browse works by the artist below. 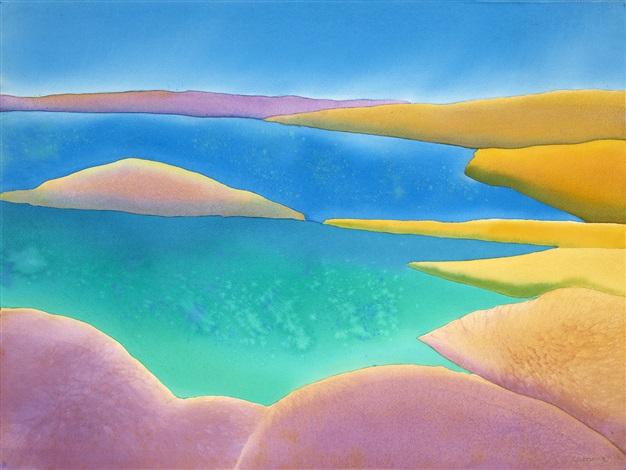 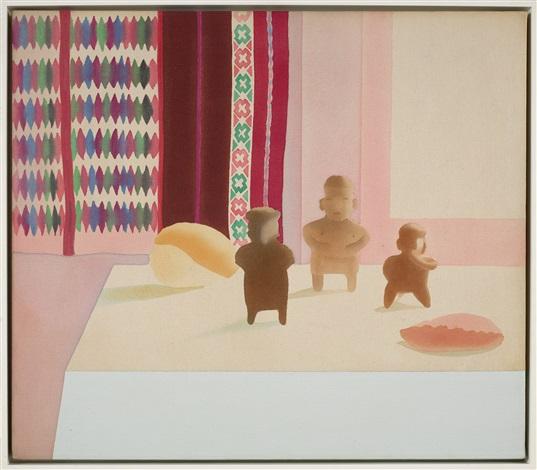 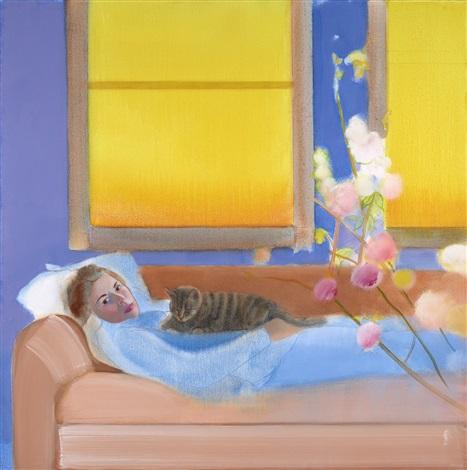 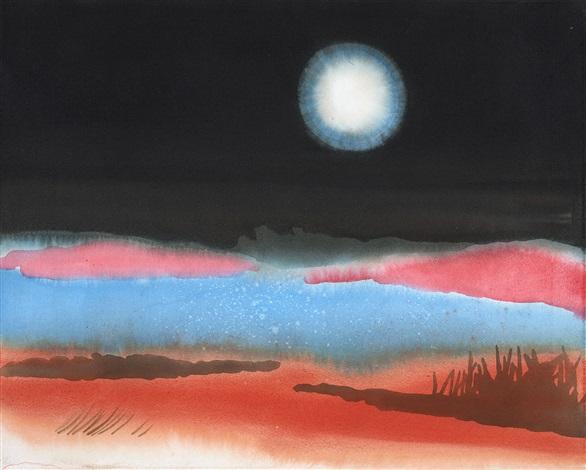