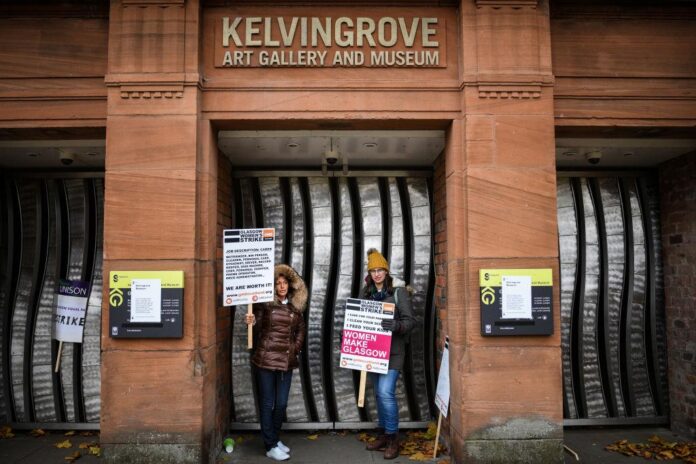 The American Alliance of Museums (AAM) has announced that, starting November 15, they’ll require concrete salary ranges for every job posted on their JobHQ board, which lists hundreds of museum openings, everywhere from the National Gallery of Art in Washington, D.C., to the Petersen Automotive Museum in Los Angeles. The move intends to close pay gaps between gender, race, and C-suite employees by making wages more transparent.

Although AAM previously encouraged organizations to include this information, they are making the information mandatory. A notice on AAM’s JobHQ board urges employers to start discussing internal policy reviews and staff compensation studies as soon as possible.

“A recent audit of AAM’s JobHQ job board posts shows real progress toward increased salary transparency in the field, with the vast majority of JobHQ posts now voluntarily including salary information,” the statement says. “Critically, job seekers have reported that knowing the salary ranges for positions upfront have eased the burden of finding a new job and negotiating a fair salary.”

The move comes after years of concerted efforts by museum labor activists. As the news hit social media, Sierra Van Ryck deGroot—the former co-president of the National Emerging Museum Professionals Network (NEMPN)—tweeted: “It would have been nice if they acknowledged the grassroots efforts that led to this.”

Today @AAMers announced they are going to require compensation information on their job board! Exciting news, but let’s look at an incomplete timeline of compensation transparency advocacy in the cultural resource field!

They movement gained real inertia this year, as the American Cultural Resources Association and the Register of Professional Archaeologists started requiring pay information on their job boards and prohibiting unpaid internships. Activists launched a petition for AAM to reform its job board and asked attendees at the Small Museums Association conference to write postcards to the alliance. The petition received 719 signatures, and the AAM received over 500 postcards.

AAM’s latest move mimics greater shifts in the labor market. Microsoft announced in June that they’ll publish salary ranges for all U.S. job listings. In January 2022, New York City Council doubled down on prohibiting employers from asking about applicants previous pay history, and announced that starting November 1, companies with more than four employees must include pay ranges in all listings or face penalties up to $250,000.

According to the Art Newspaper, Colorado, Nevada, Connecticut, California, Washington and Maryland already have similar laws in place. Rhode Island’s will kick in early next year, while Massachusetts and South Carolina will follow soon. NYC is the country’s first major city to breach the topic.

Marsom likened labor activists’ ongoing efforts to a marathon. “There are more job boards to change,” she tweeted. “We want all of them to require compensation and to not allow unpaid positions. We want all of these jobs to at minimum provide living wages.”

A study by HEC Professor Tomasz Obloj and Todd Zenger, published in the journal this February, examined detailed performance and salary data for around 100,000 U.S. academics, between 1997 and 2017.

“We find evidence that pay transparency causes significant increases in both the equity and equality of pay, and significant and sizeable reductions in the link between pay and individually measured performance,” according to the study abstract.